Posted by The Hungry Traveller on 05:30 in Food Germany | Comments : 0 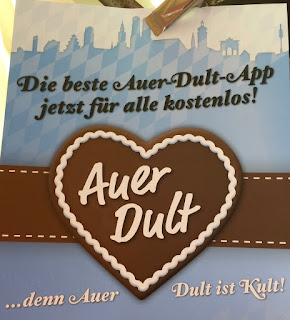 I love wandering through markets and so was delighted when a friend suggested we visit ‘Auer Dult’, one of Munich’s oldest markets This market is held three times a year in Munich - in May (May Dult), in August (St. James Dult) and in October (Church Anniversary Dult), each time for nine days. 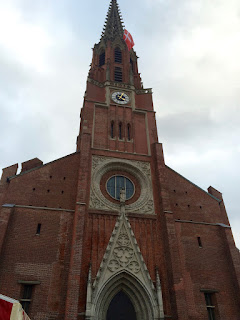 It’s located in Mariahilfplatz (in the part of Munich town called the “Au”, meaning “meadow”) and is home to about 300 stands plus a fairground.

It’s history goes back to the middle ages but nowadays it one of the largest crockery markets in Europe with lots of pots, porcelain and ceramics on offer.  This 'kitchen area' is what was the biggest draw for me... 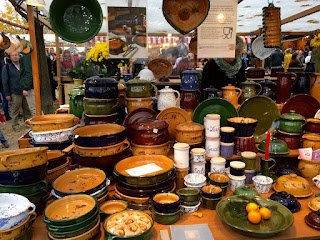 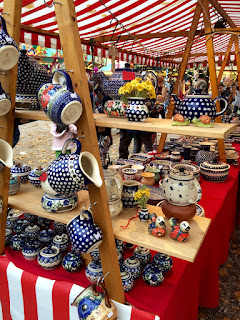 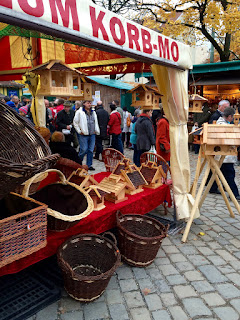 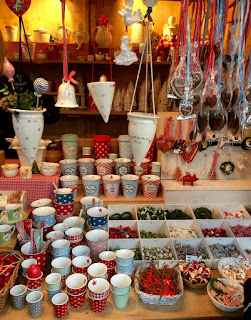 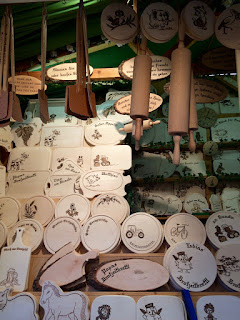 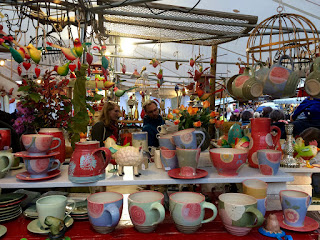 I treated myself to some new kitchen toys… 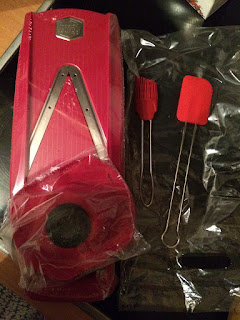 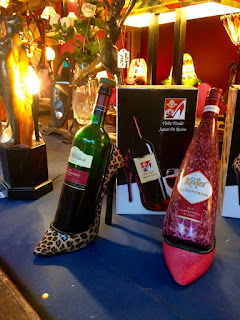 And lots of food stalls… 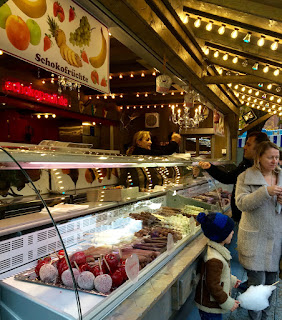 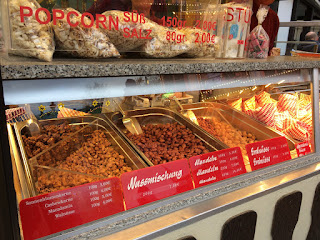 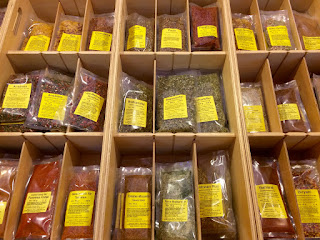 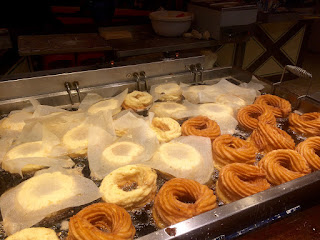 We went on the last day of the market and it was very busy (around 300,000 people visit Auer Dult per year), especially with lots of children enjoying the last of the rides, but as the sun went down the area calmed down - and lit up! 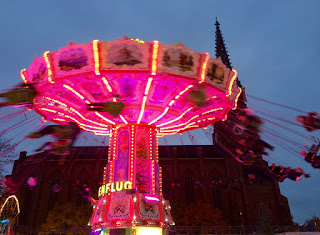 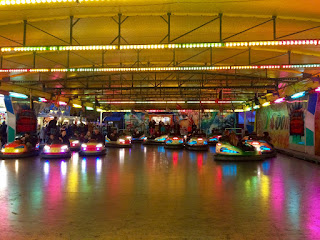 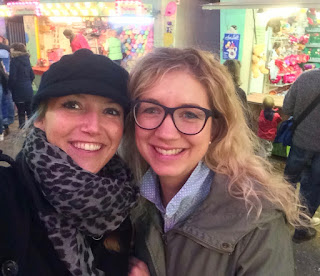 We’d worked up an appetite walking around in the cold and so settled down for a traditional Bavarian dish - Steckerlfish (literally “small stick fish”). 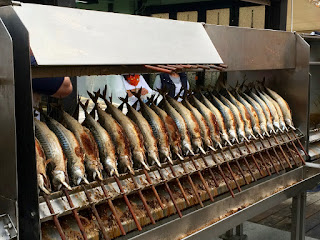 It’s a popular dish (often served at Oktoberfest) and is made from local fish - such as bream. The whole fish is gutted, marinated in a mixture of oil, spices and garlic before being skewered on sticks.

The fish are placed upside down above the heat and grilled through - the skin made crispier by bushing more of the marinade onto the skin while cooking.

The steckerlfisch is then usually wrapped and served in paper - and eaten straight from it (just like British ‘fish & chips’). 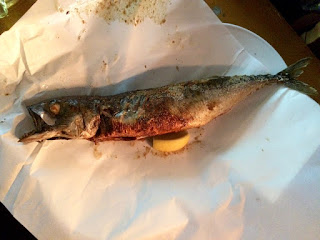 Another fun Munich experience - complete with some impressive views on my cycle to and from the market along the River Isar. 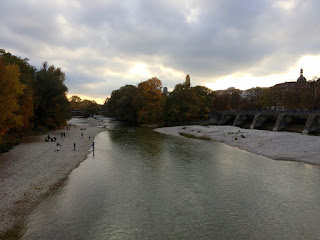 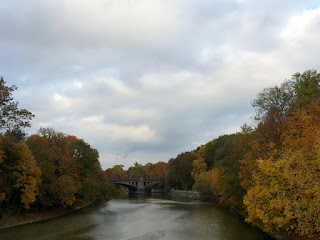 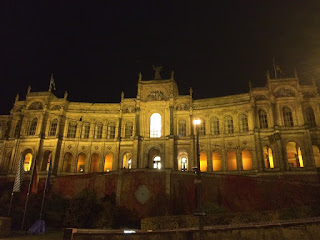