Posted by The Hungry Traveller on 05:30 in Europe Germany | Comments : 0 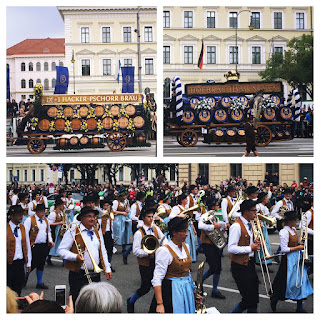 Oktoberfest (or ‘Weisn’ to locals) is one of Munich’s defining events. Held for two weeks and three weekends every year from mid September, the city is flooded with tourists (and locals!) in the name of beer.


On the first Saturday of the season (this year on 19 September 2015) is the official opening of the Oktoberfest with the midday ‘tapping’ of the first beer barrel by the mayor in the Schottenhamel tent.


Then on Sunday from 10am is the traditional costume parade through the city. This year I decided to go and watch this popular march through the streets. 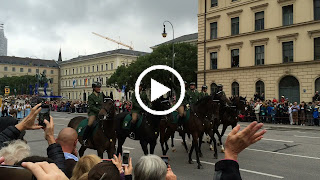 The parade starts at Maximilianstrasse and marches to Odeonsplatz (where I was watching from), via the Bavarian Prime Minister and the Mayor of Munich. It then continues on until finally reaching the Oktoberfest from Kaiser Ludwig Platz.

According to the official site: “In 1835, the parade was first held in honour of the 25th wedding anniversary of Oktoberfest founders King Ludwig I and his wife Theresie. Since 1950, it has become a regular event. About 9,500 members take part…and present a huge variety of traditional costumes, habits and traditional dancing routines.” 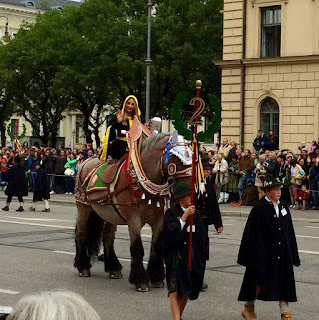 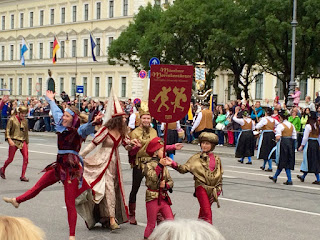 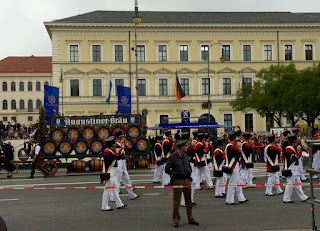 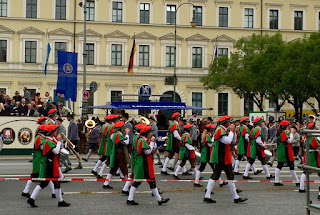 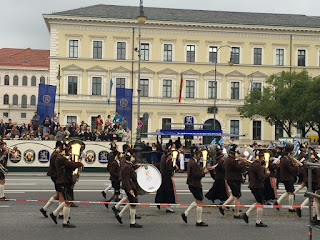 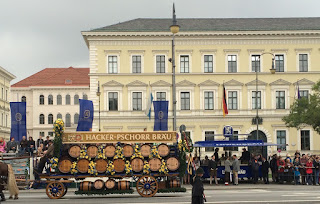 After watching for a couple of hours the cold set in and we headed indoors for a late brunch at Cafe Puck. 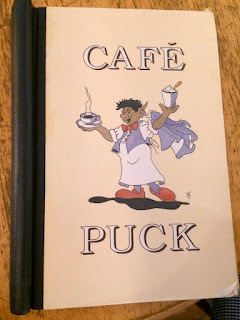 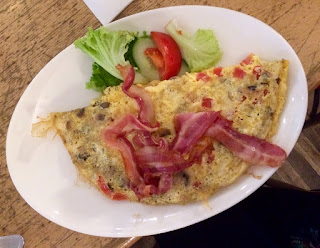 I also visited a couple of the Oktoberfest tents during the two weeks. 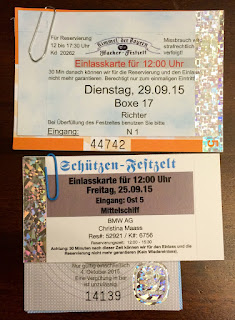 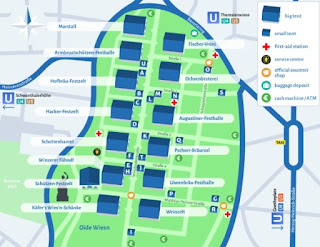 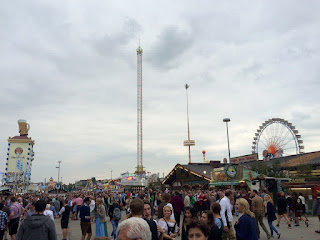 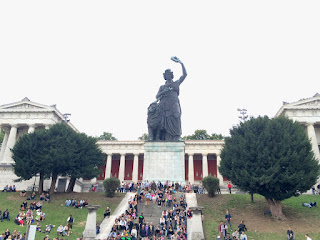 First up in week 1 was Schützen-Festzelt - a mid sized tent seating almost 4,500. 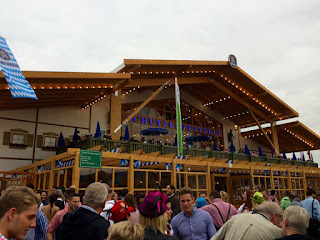 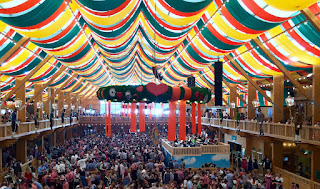 …as does its schnapps bar - the perfect place to squeeze into once you've been kicked off your table. 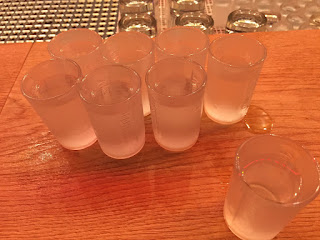 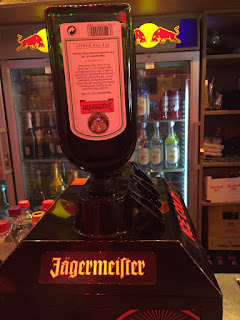 With our tickets we got two litres of beer and half a roasted chicken so we settled down for a few hours before dancing on the benches! 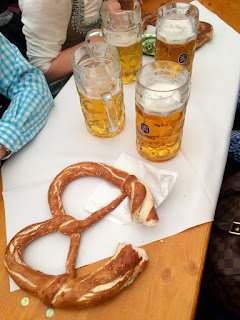 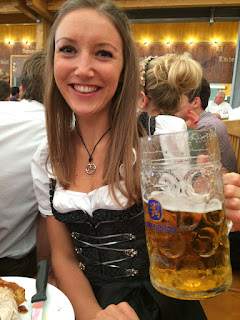 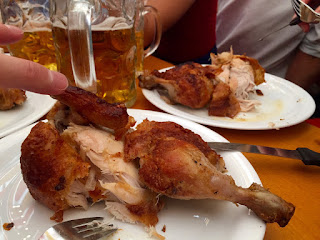 Then in week 2 I went to Hacker-Festzelt for the first time, this time with a braided up-do. 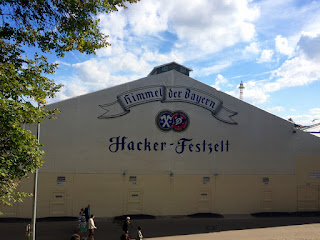 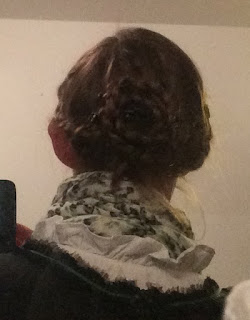 This large tent (seating 9,300 people) is a Bavarian Heaven (“Himmel der Bayern”) as the decor depicts clouds and stars above bavarian scenery. 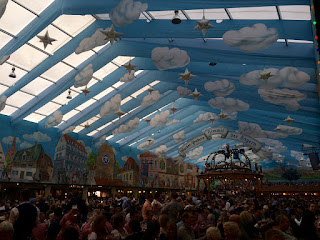 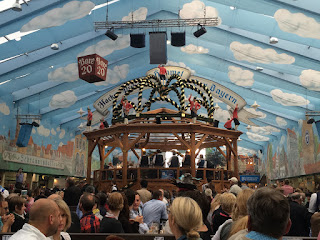 The music took a while to really get started but there was plenty of other entertainment in the meantime as the tent loudly cheered or booed people attempting to down their ‘mass’ (litre) of beer. 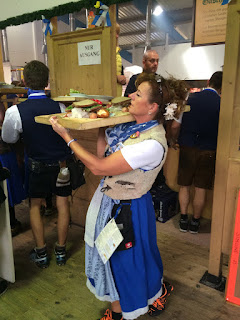 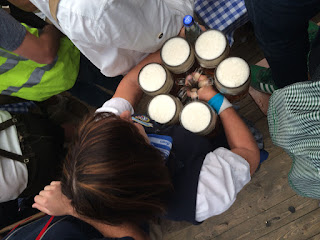 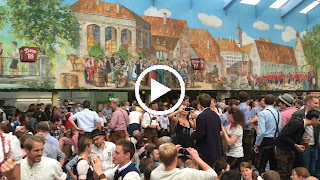 And then before we knew it, it was all over...for another year! 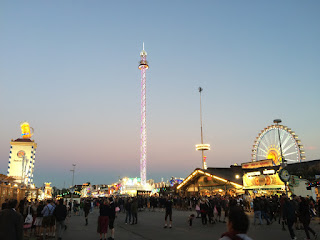