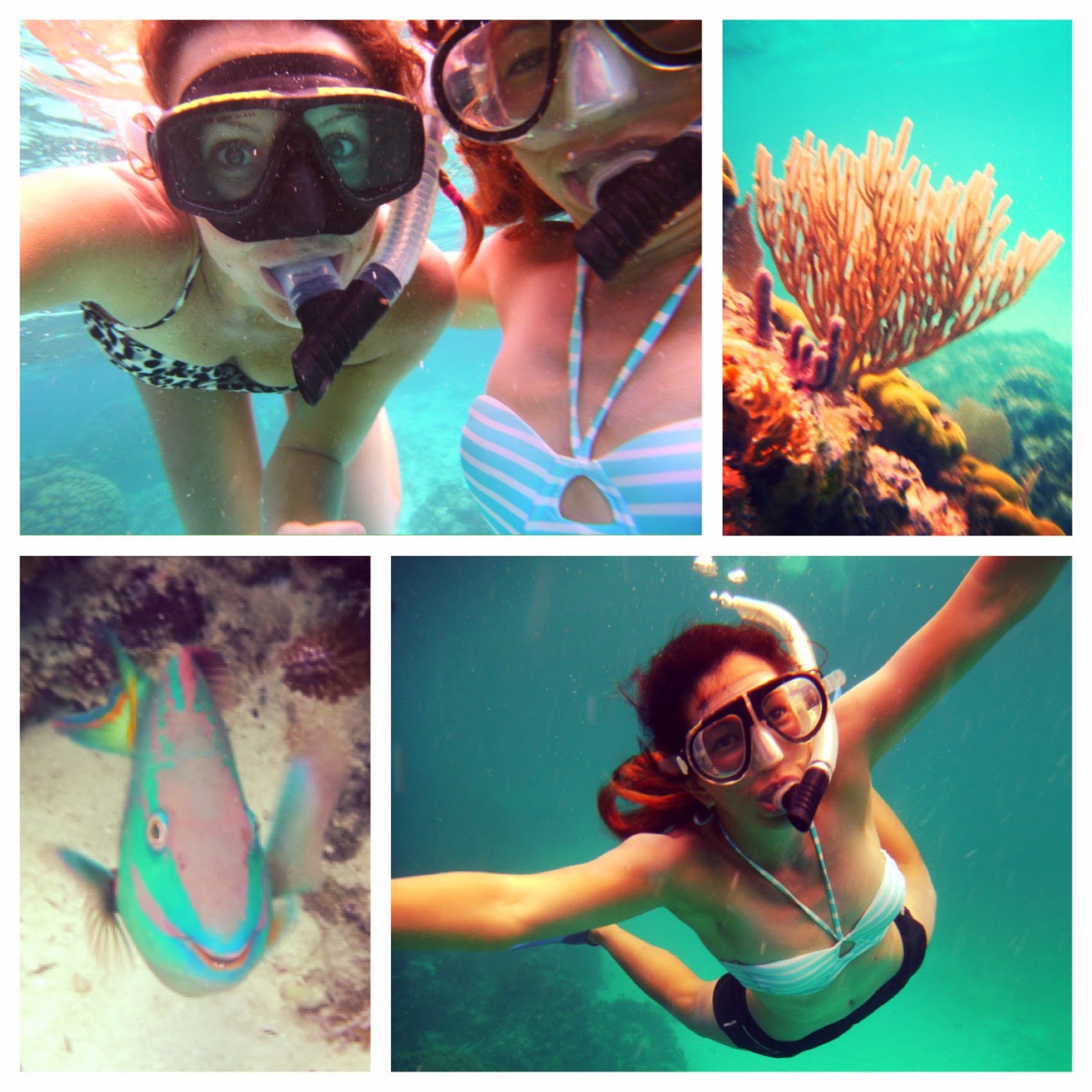 We'd had such a good day snorkelling the day before, that Lisa and I decided to squeeze in another!  Other people had booked flights over the infamous Blue Hole in the area.

Before we set off on the boat again, we had another morning workout.  This time my gym kit was in the wash so I improvised...with a jumpsuit! #noexcuses 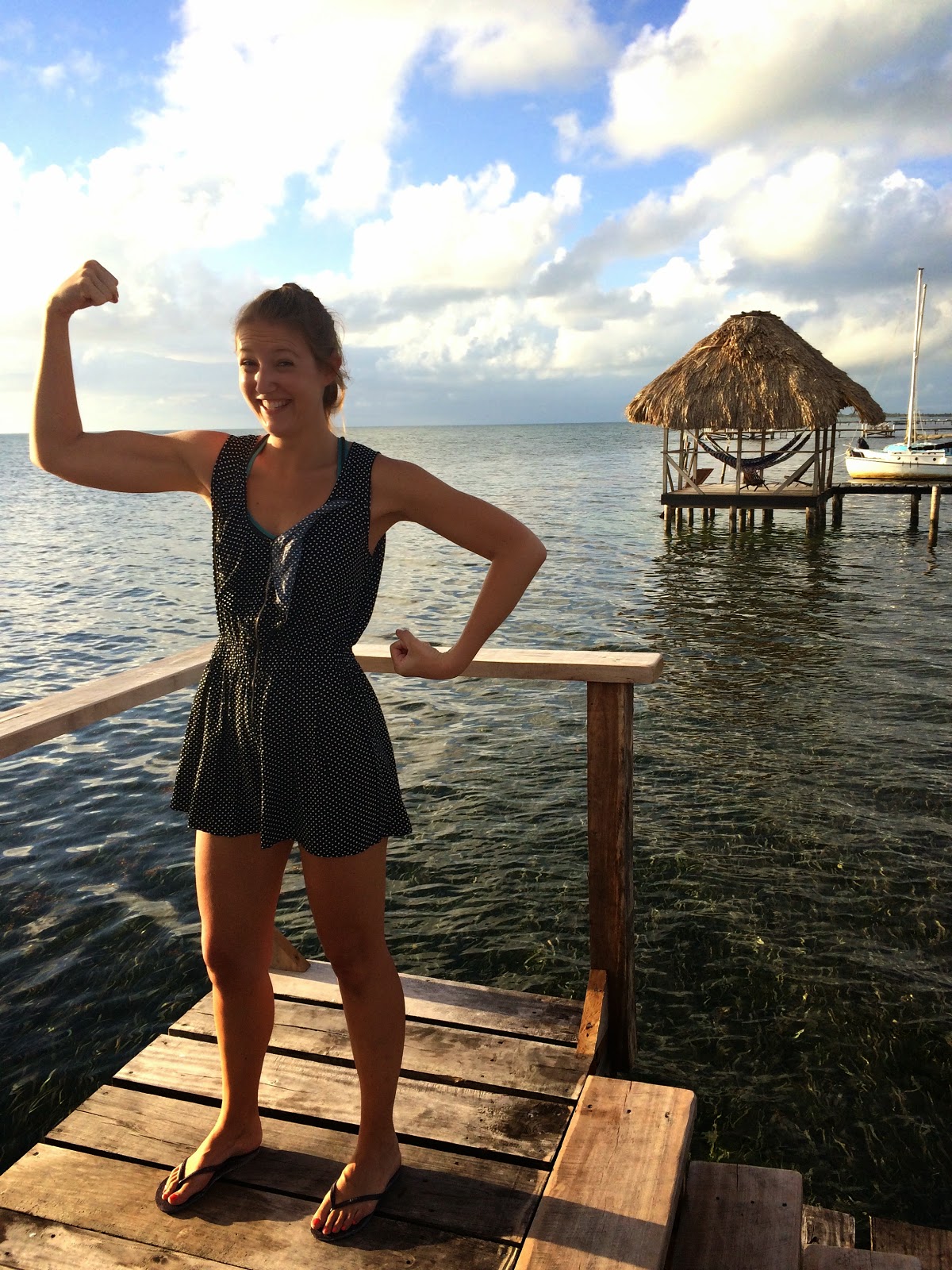 I also attempted a (palm) tree climb but am clearly missing the monkey gene!

We headed to 'Wish Willy' for breakfast as we'd been recommended to try their breakfast but they were closed (this was the start of our foodie troubles!).  But it was okay - we headed to our fav "Happy Lobster" for breakfast.

I had a delicious watermelon juice 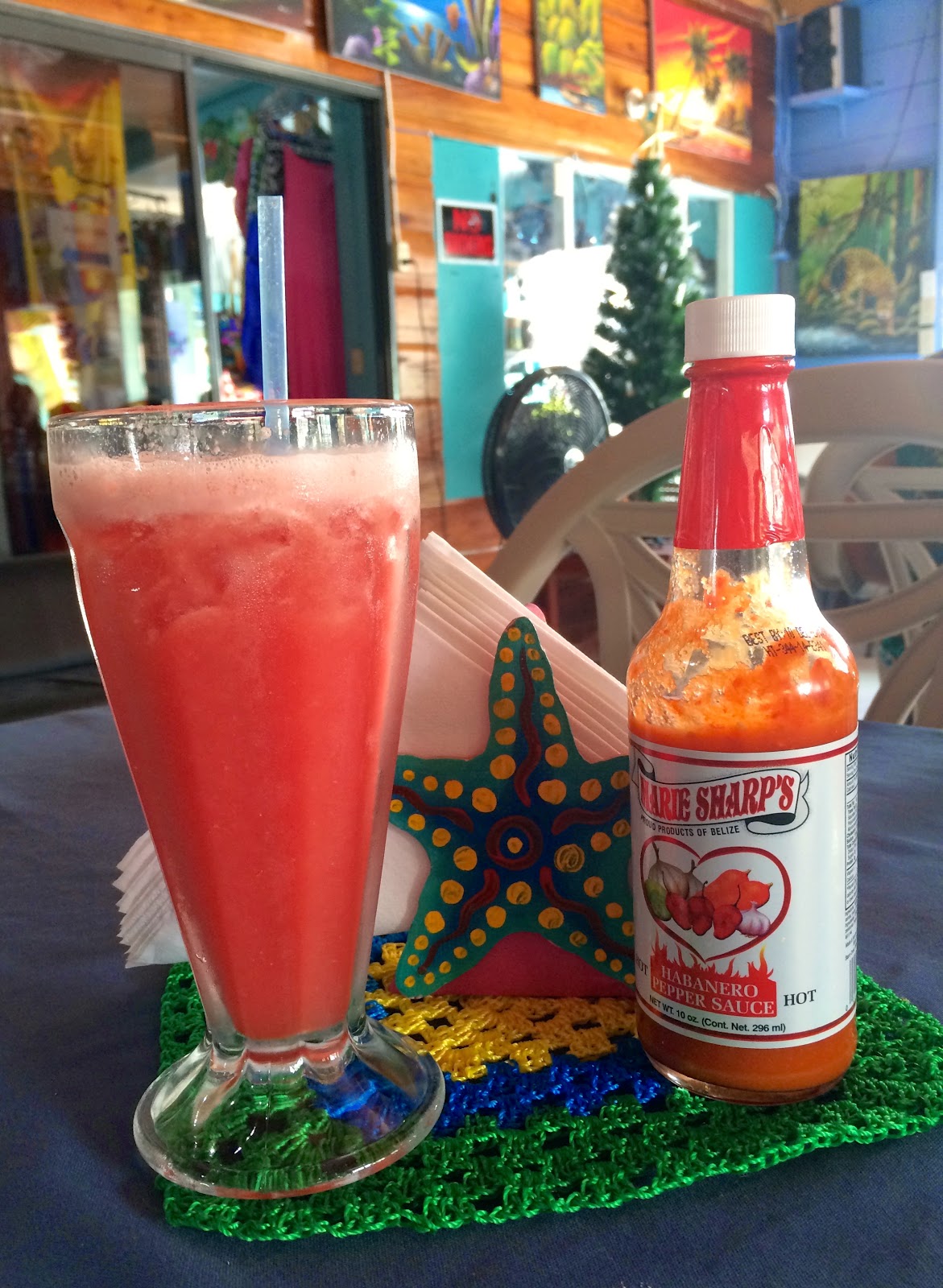 ...and then a less healthy french toast and fruit. 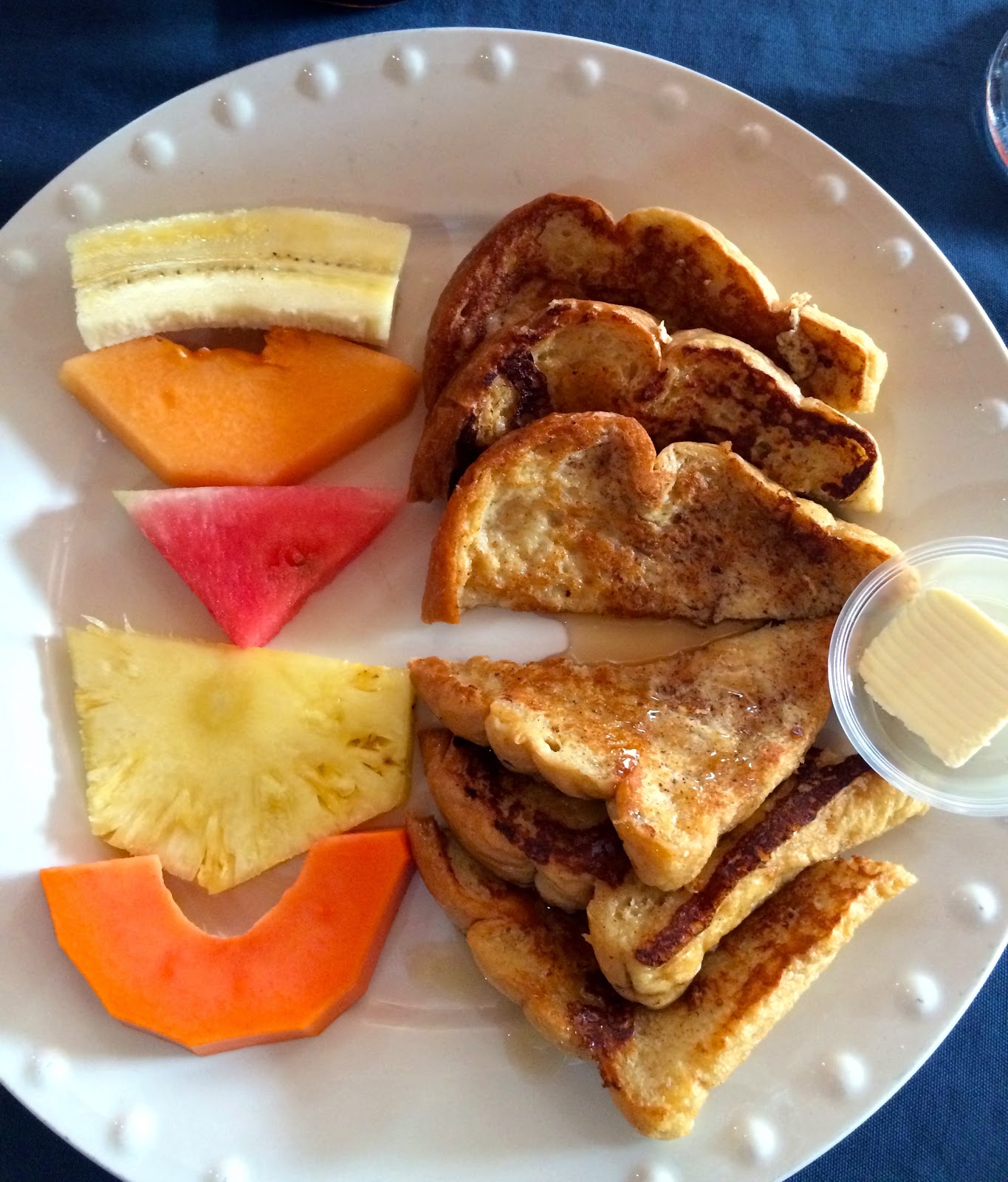 Then we headed out for our half day snorkel to Caye Caulker Marine Reserve (aka "the local reef" - because you can even see the waves breaking on the reef from the island).  Our small speedboat whizzed us through the sunshine to the reef.

We made three snorkelling stops...

...underwater selfies are even harder than the regular kind!

A storm brewed overhead as we pulled back onto the island at lunchtime.  And our foodie dramas from the morning continued...

We tried 'Wish Willy' again but he was still closed.  So we headed to Paradiso Cafe.  However, after ordering delicious sounding sandwiches, we waiting for over 45 minutes and they still hadn't even started making it!

Starving (aka 'hangry') we left.

So we picnic-ed beachside instead.  We found some supplies at a small supermarket and the friendly ladies at our 'regular' Ice & Beans donated cutlery for our feast.

Some random Ozzie guys joined us for a while as they tried to gather coconuts.

Then it was dessert time, courtesy of Ice & Beans - shaved ice with three flavours (tutti-frutti, banana and cotton candy).

Followed by rum balls - don't try, they were gross and we donated them to other hungry travellers!

Then it was time for a real treat - a (painful but good!) deep tissue massage at Healing Touch.

Absolutely recommend this place.  Even if Lisa and I did end up having a 'couples massage' for a while #roomatebonding #shegiggledasitriednottoshowhowmuchithurt

After all my knots and muscles had been pummelled, we headed out for dinner.

We excitedly went to La Cubana (yes another Lonely Planet recommendation).  They have a large menu, but what we were after was the roast pork!  We opted for the BBQ Cuban pork with mash, beans and salad.

Some others couldn't keep their eyes off us (well, our food!)

We had a 'meal deal' where we also ended up with dessert - cuban cake and chocolate cake.

And cups of tea.  All for only 52bz for two - about £16.
Finally the foodies were victorious once more!