Posted by The Hungry Traveller on 21:32 in Asia Food Travel | Comments : 0

Waking up peacefully to an uninterrupted sunrise is not a typical Tuesday in my book so today started well! The sun slowly filled the sky to the chorus of roosters! 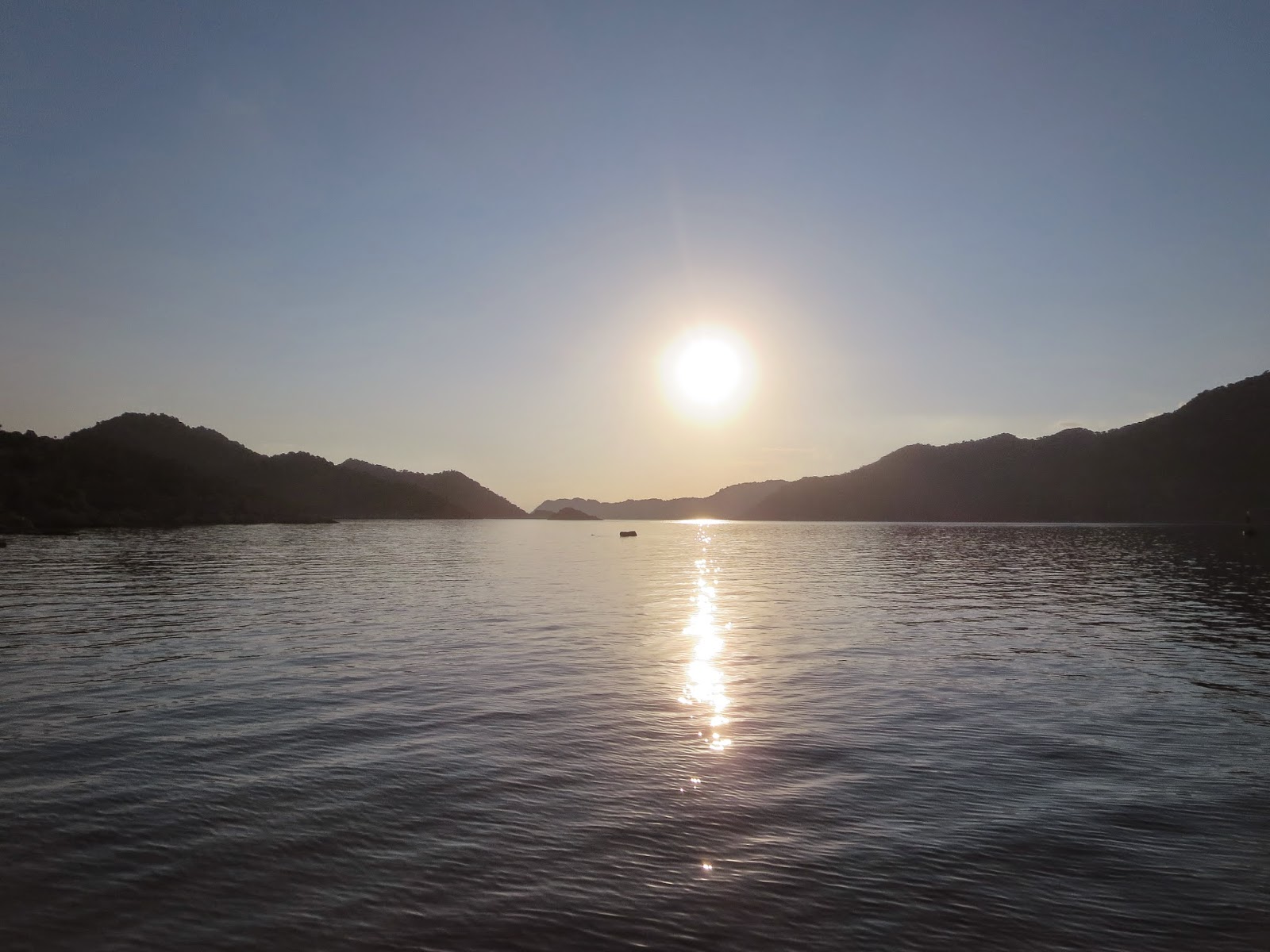 Before breakfast we moved on to another part of the mainland a small fishing village called Kaleköy (aka "Castle's village") where we hiked up to Simena Castle. This Byzantine castle was built in the middle ages by the Knights of Rhodes partially on the ancient Lycian foundations. 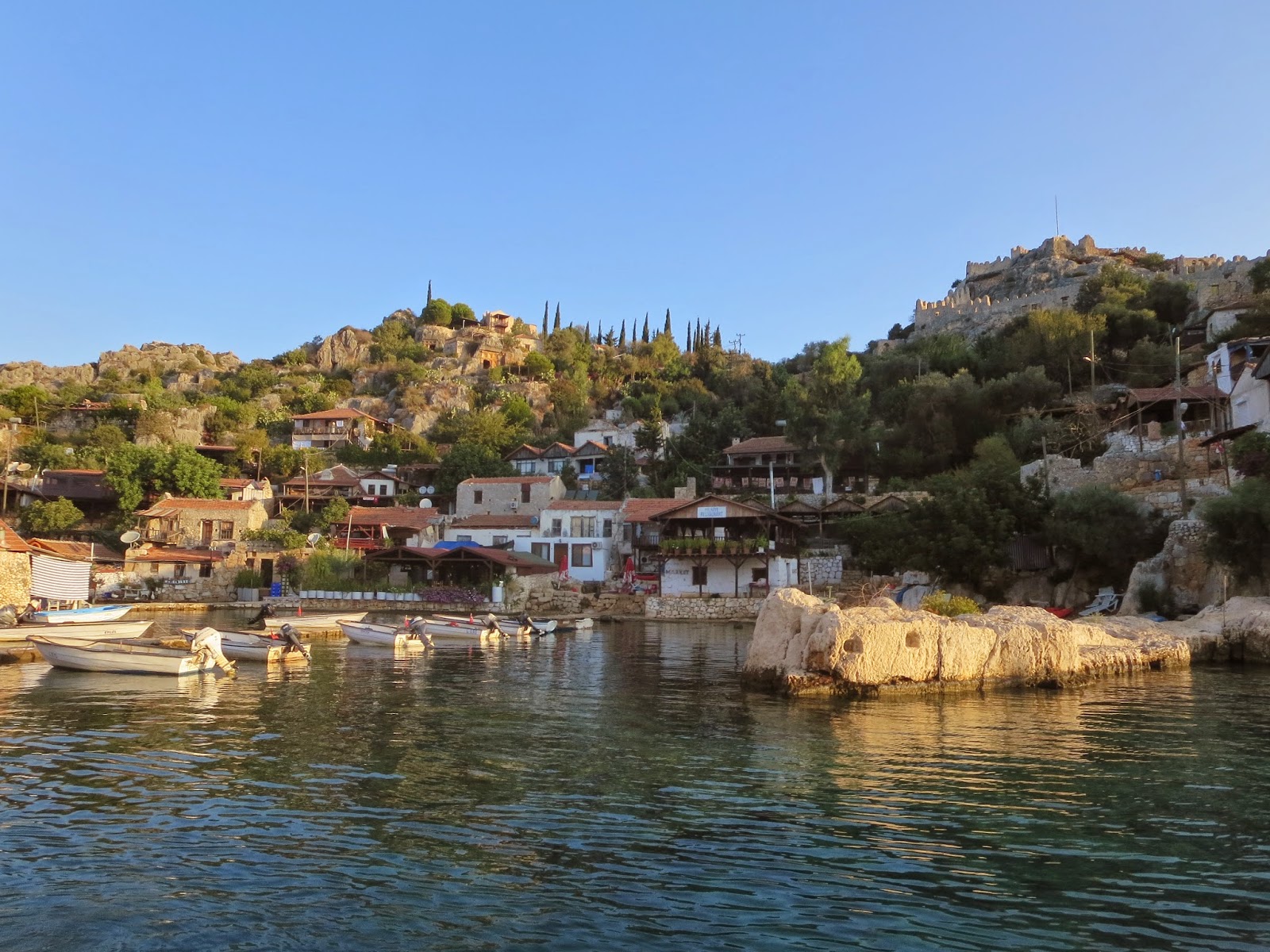 The castle was built to fight against pirates in the area.
Whilst the archaeological ruins were impressive (including the smallest Lycian amphitheatre)

...the view back onto the bay and Kekova island were what most impressed me. 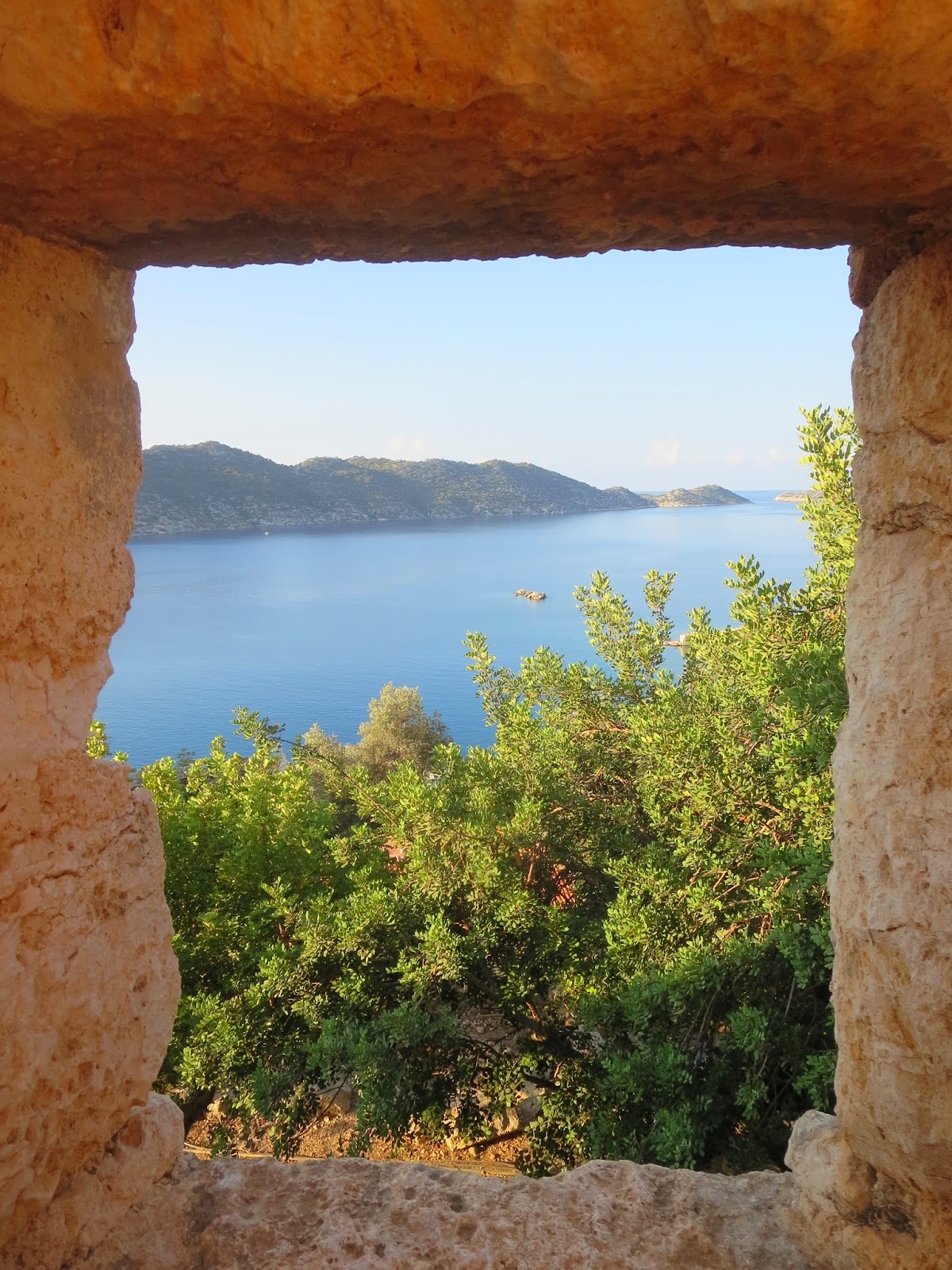 Check out the impressive cactus fruits here too:

Clambering back onto the boat we had built up quite a hunger for breakfast so eagerly tucked into our spread – as the captain fished!

After some more swimming and sailing (and turtle spotting!)…

…we sailed back to Çayağzı.

From here we got back in the bus and headed onto Kaş through Turkey’s agricultural centre – a land covered in greenhouses!

Kaş (pronounced ‘cash’) is another charming town on the southern Mediterranean coast of Turkey.

This coastal town is built on a hill running down to the sea and has a relaxed summery feel to it.

The town used to be primarily inhabited by Greeks but after the Greco-Turkish War in 1923, the majority left for Greece, abandoning the town. Tourism really kicked off in the 1990s, particularly with UK and German visitors.
We wandered through the cute town towards the town square (meydan) where we settled into a restaurant for some lunch.

After days of lamb and kebab I was delighted to be presented with a fish-filled menu! I excited ordered calamari.
We were given the biggest piece of pide bread I have ever seen to snack on as we waited…

And then my delicious calamari arrived! Heavenly.

Post-lunch we treated ourselves to some fro-yo (as we had come to learn, Turkey invented EVERYTHING! Even things I thought were Greek, such as yoghurt, in fact originated from Turkey!)

We headed for one of the town’s several rock shelves to soak up the sun and splash in the crystal sea. There are plenty of sunloungers on these ‘shelves’ where you are then expected to buy drinks / food. We happily settled into a tree-house style ledge and worked our way through the cocktail menu!

My choices were a refreshing mojito, followed by a ‘berry kiss’ – well we were in Turkey’s fruit growing land!)

I also went for a rather wavey splash in the sea just below (there are metal steps down in the water, but be careful as the waves do crash around you!)

Kaş is considered the diving capital of the Med but unfortunately I didn’t have enough time to go for any scuba sessions…next time!

For dinner we decided to go to Bahçe (Batche) Restaurant which was a popular recommendation. It is at the top of the main shopping street and has a beautiful outdoor garden set-up.

A group of us selected a mixture of mezes to let us sample lots of different things: borek cheese stuffed pastries, lamb kebab with aubergine mash, spicey dried peppers (the first actually spicey thing I found in all of Turkey), spinach in yoghurt and of course the ever-present white bread. All washed down with a nice glass of rosé.

Post-dinner, we decided to do some shopping… Kaş has plenty of tourist kitsch but also good local ceramics, jewellery and carpet shops.

The most famous shopping street in the town is Uzun Çarşı (aka "long market” or "slippery street") and there are a number of cute shops to wander into – plus the strict local regulations mean that there is no hassling from shop owners.

The streets are covered in sweet-smelling jasmine which adds to the charm and atmosphere.

We decided to buy some wine and enjoy the calm evening from our hotel’s rooftop. Word of warning – never buy this wine EVER…it was disgusting! Mildly improved by adding half a glass of lemonade…