Posted by The Hungry Traveller on 21:01 in Asia Food Travel | Comments : 0

Today we had a free morning in Antalya so having spent most of the previous afternoon hunting / in camera shops, I made the most of the chance to see this hub of the ‘Turkish Riviera’.

Antalya is divided into two main areas: the mazelike old quarter (Kaleiçi) and then the beachy area around Lara. I happily wandered through the peaceful winding cobbled streets within Kaleiçi’s ancient city walls. 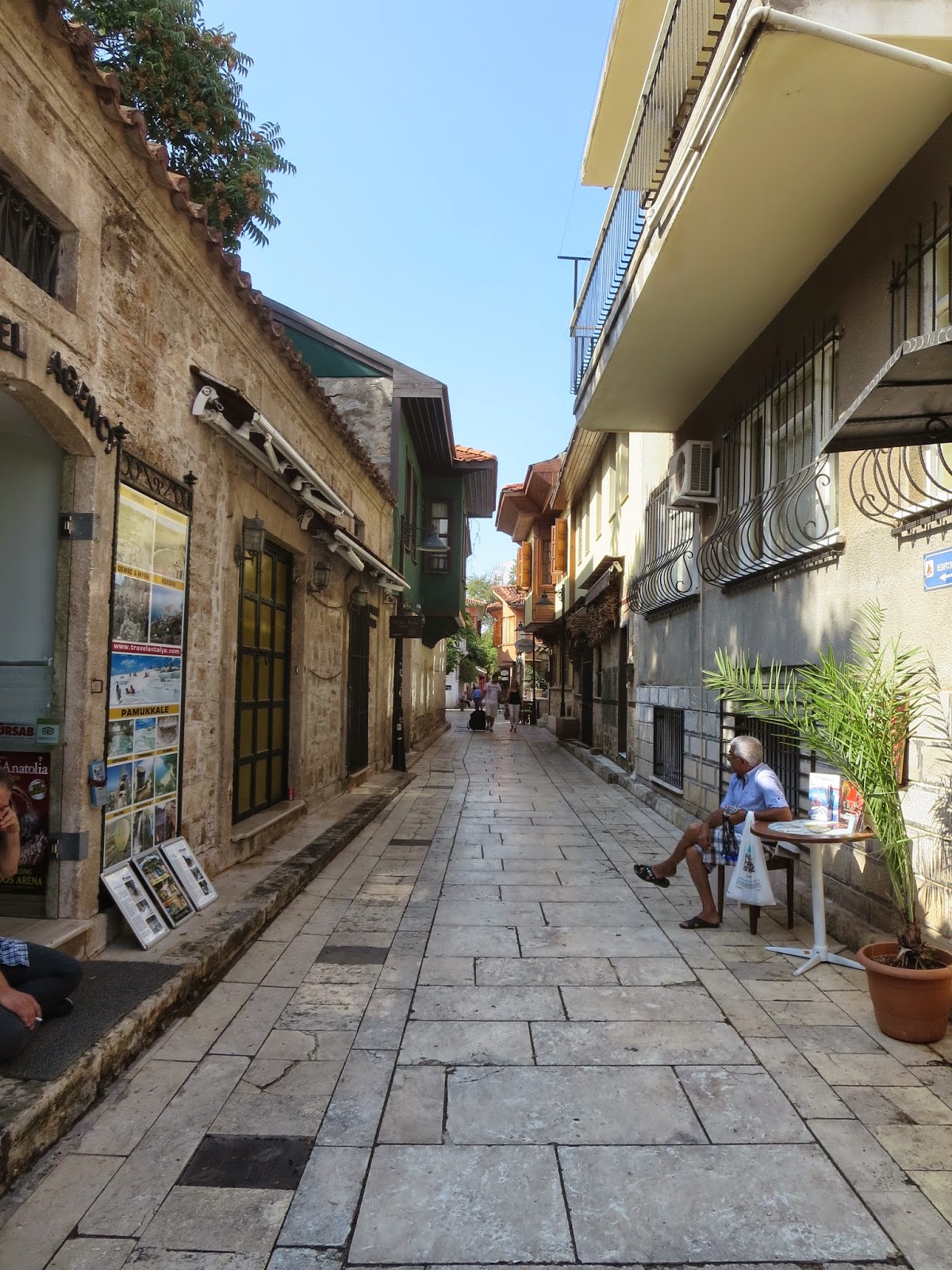 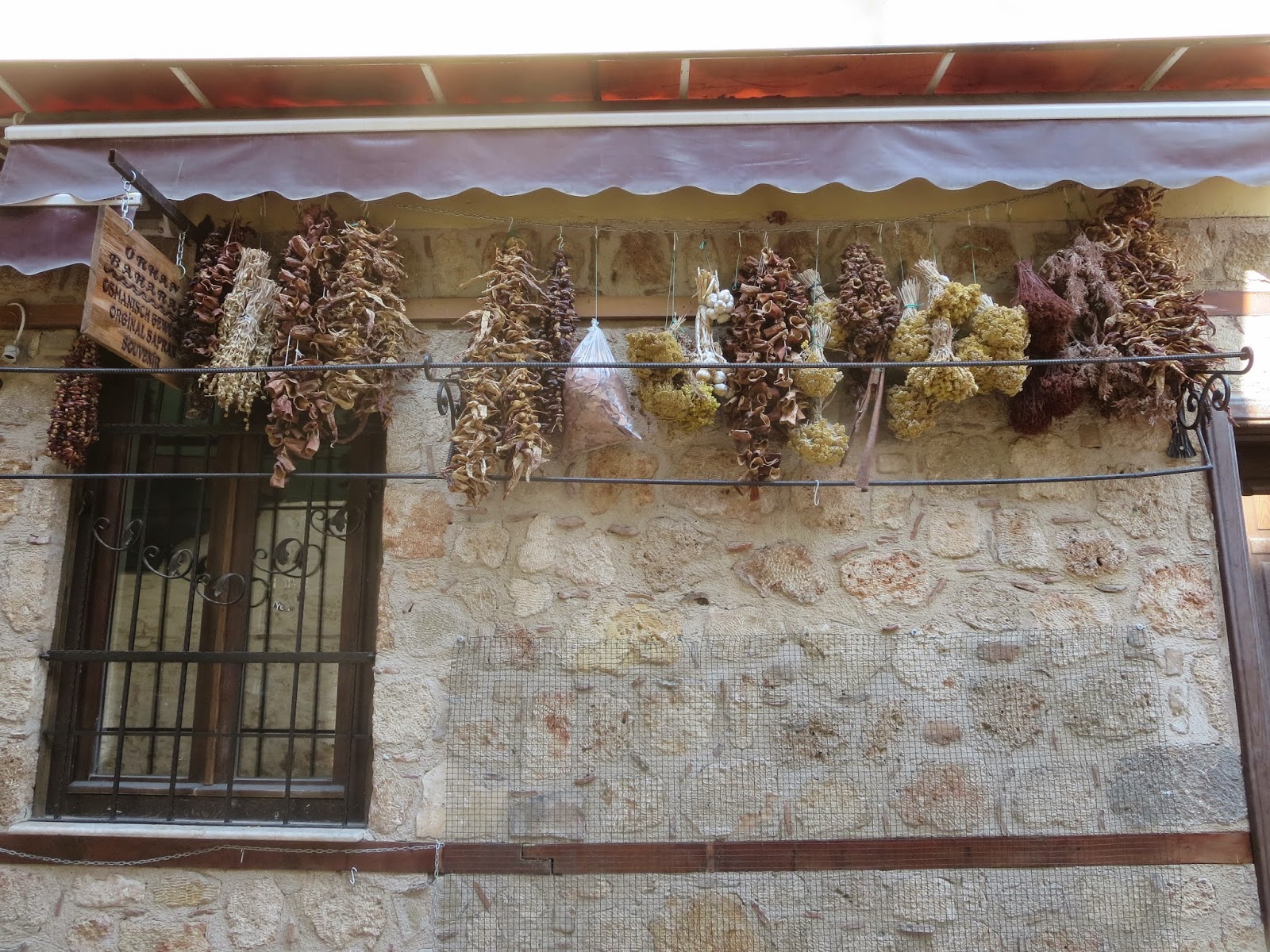 It feels so different being inside the city walls compared to the bustling city hidden just outside the gates. Despite the huge number of tourists that visit the city (infact it is the 3rd most visited city in the world by international tourists - behind only Paris & London!) , there was a calmness to the city – probably due to the fact that most tourists visit on ‘all inclusive’ beach packages and rarely make it into the old town. 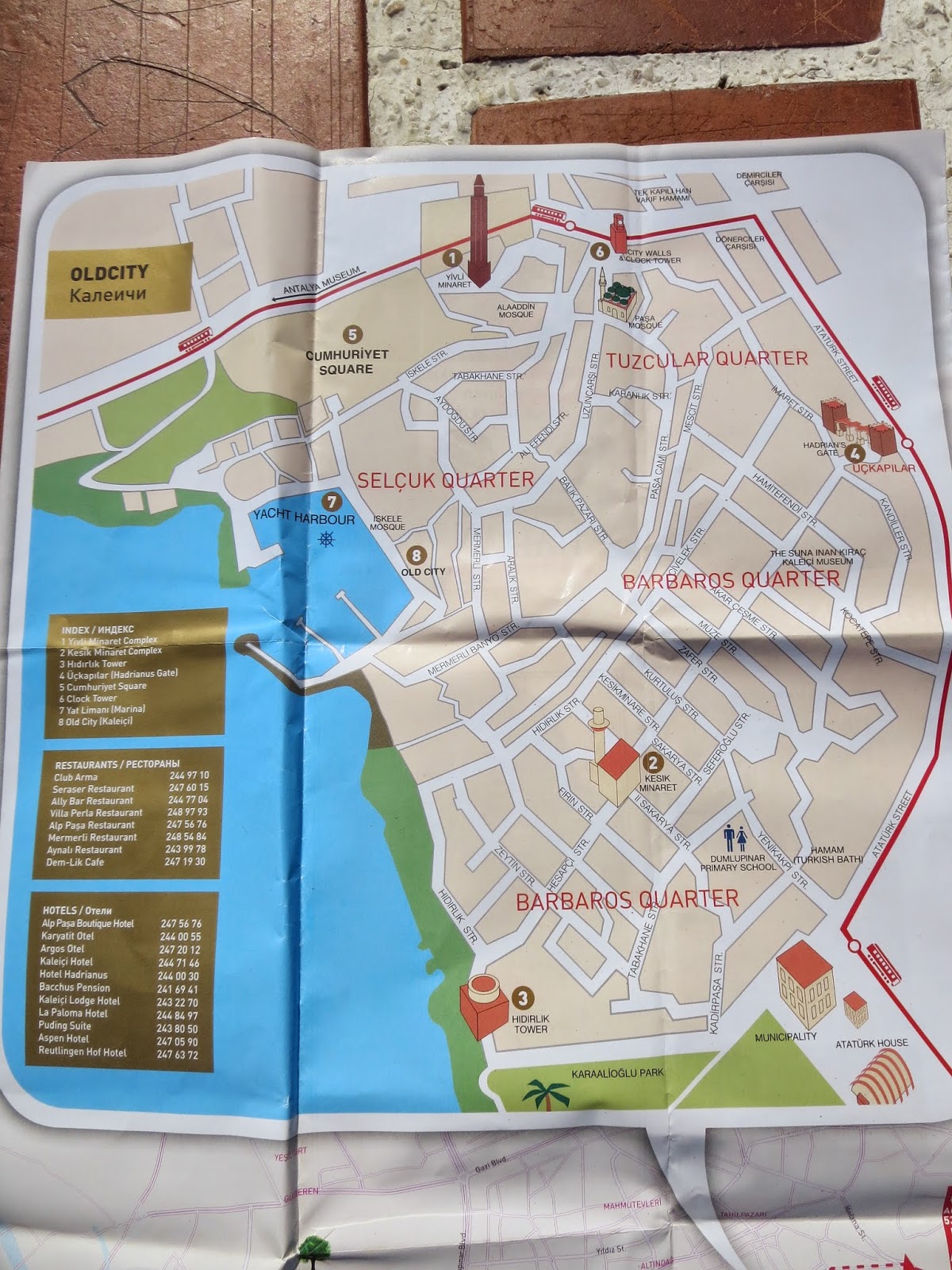 I headed toward the Roman port ‘Yat Limanı’ – it was the main harbor in the area during 1200s and is surrounded by the town walls.

…I hiked up the coastal hill towards Hıdırlık Tower (‘Hıdırlık Kulesi ‘) which gives good views over the marina and Mediterranean.

… I returned to the old quarter using the main entrance, Hadrian’s Gate (yes, that Hadrian – it was built in honor of the Roman Emperor’s honor visit in 130).

Shops were starting to open by now so I was surrounded by fake designer clothes and bags, waterpipes and shoes!
The city has a long history, dating back to at least the 3rd century BC with significant growth in the 1970s transforming the city into a key Turkish metropolis. Apparently Santa Claus also lived nearby – the bones of St. Nicholas (the bishop of Myra) are buried not far from the city.

Then it was time to depart for the coastal village of Çayağzı.

On the way we stopped at a very impressive fish restaurant ‘Waterfall Çağlayan Restaurant’. This unusual outdoor restaurant is built amongst the trout farm pools and you are surrounded by the sound of rushing water from nearby waterfalls. We chose a ‘normal’ table (rather than the traditional low Turkish seating) in the middle of everything.

The food was excellent – freshly baked warm pide with peppers. Then I selected ‘clay baked trout’ which was yummy – and probably very fresh too!

Arriving later that afternoon in Çayağzı we boarded our open air boat – our ‘home’ for the next 24 hours!

I was a little nervous about the boat (I get bad motion sickness) but after the first very choppy session, we were sheltered between Kekova Island and the mainland, turning the water instantly calm.

We made a number of swimming stops through the afternoon – jumping into the bright blue Med sea.

We spotted turtles a few times – though they are not very agreeable photography subjects..hiding every time I got out the camera!

We sailed along the side of Kekova / Caravola island to see the partially sunken ruins of an ancient town which was destroyed by an earthquake in the 2nd century (Dolchiste).

It was a perfectly relaxing sunny afternoon, finished off with watching sunset from the deck.

We anchored up by the island and went for a little on-land wander.

Dinner was included with our boat and tucked into freshly barbequed sea bream – delicious!

After dinner there was time for some drinks and card games before climbing up to the top deck where we slept outdoor on mattresses under the stars!