Posted by The Hungry Traveller on 16:41 in Asia Food Travel | Comments : 0

I was very excited because today we were heading to Troy…unfortunately I was left a little disappointed. The actual place was nothing compared to places like Ephesus that we’d seen previously and, in my opinion, not really worth the hype…especially as there was no Sean Bean / Eric Bana to greet me! 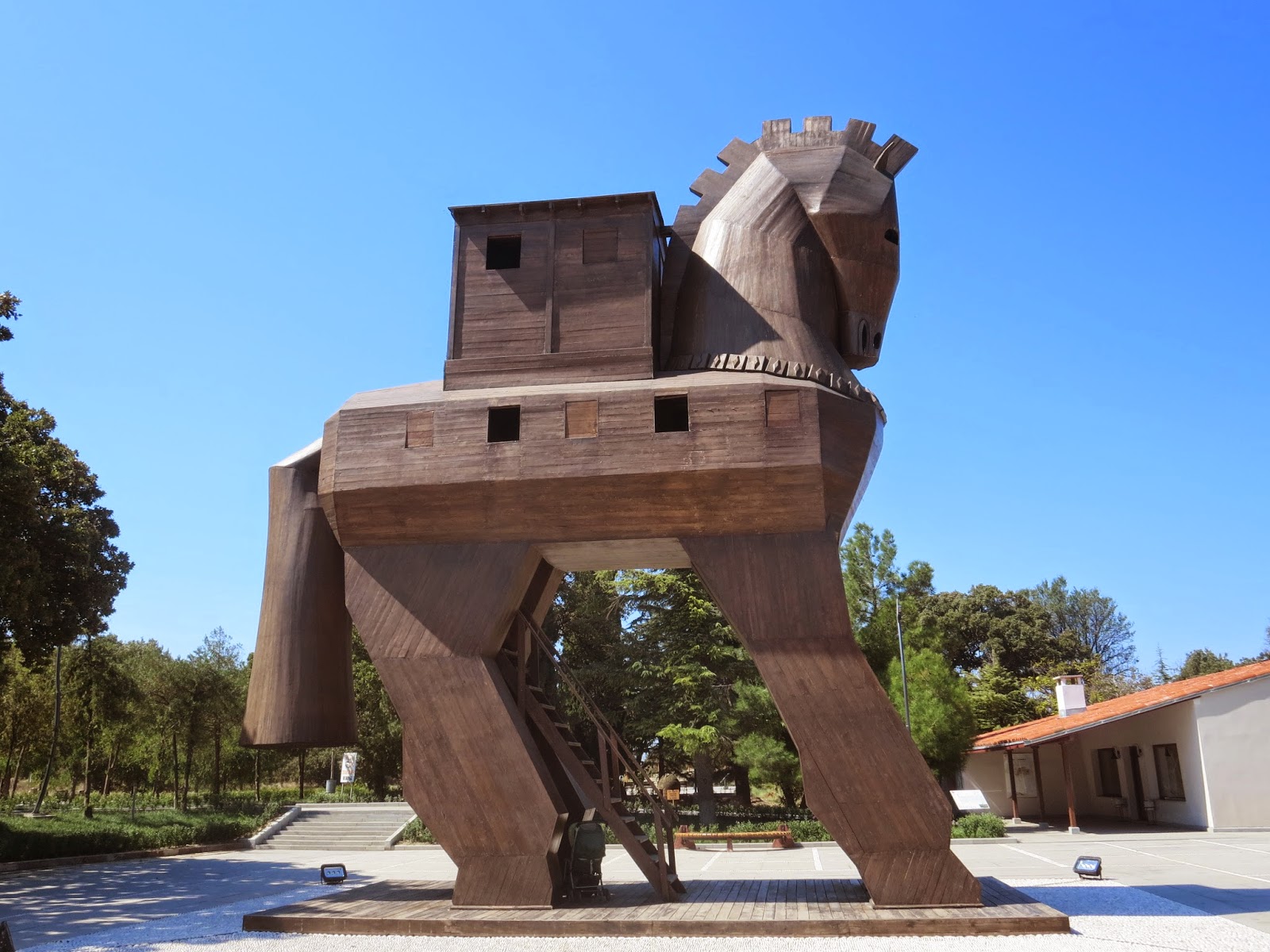 After about 3 hours on the bus from Ayvalik we arrived into ancient Troy. Approaching the ruins, we were greeted by a reconstruction of the infamous Trojan Horse. 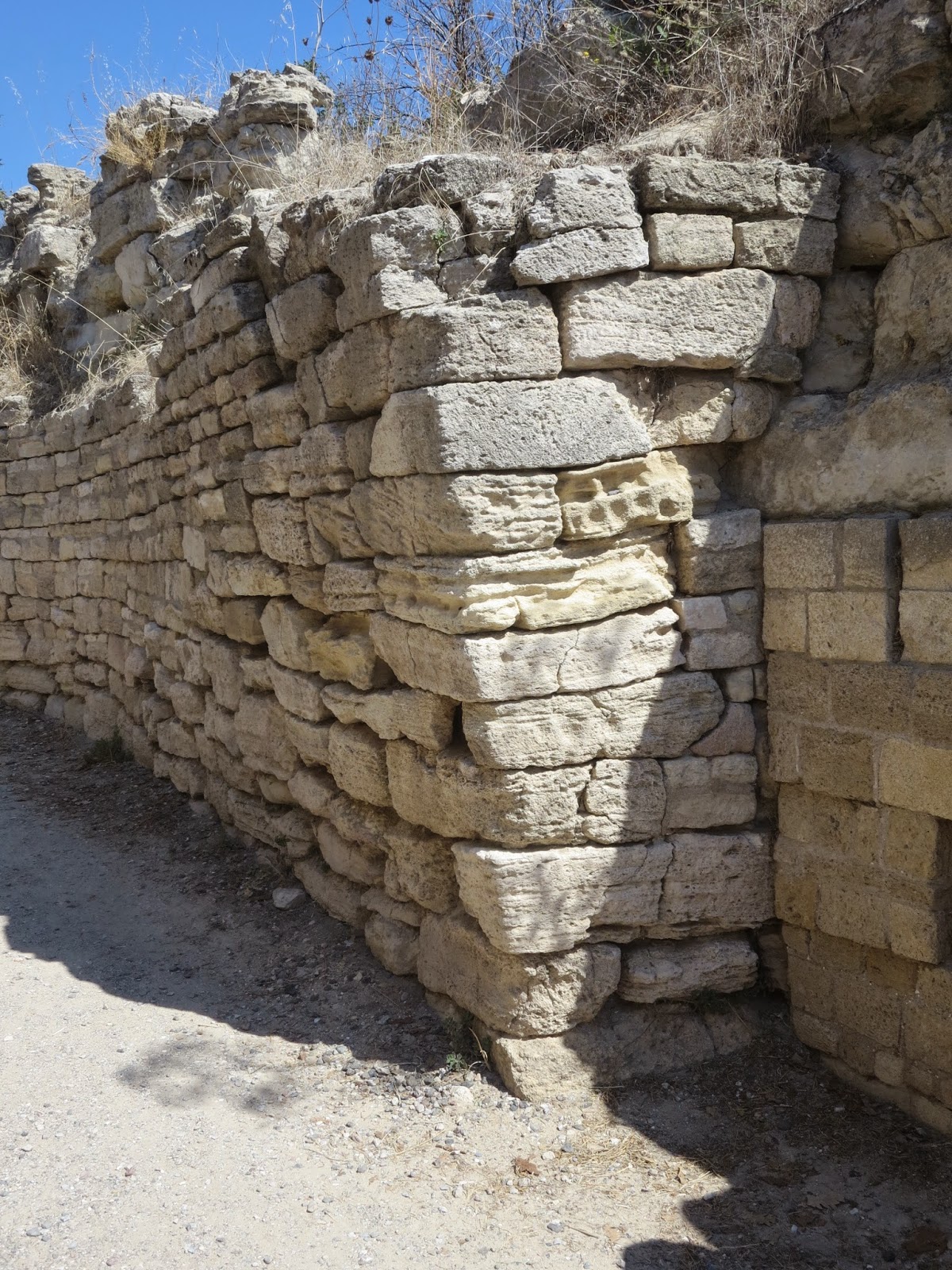 The rest of the site is a mixture of minimal ruins – walls, elite houses (megarons) and a Roman Odeon (where concerts where held).

Of course, I’m glad I “ticked it off” the list but unless you’re a mega fan of Homer’s Iliad or historical ruins, I don’t think you’ll be very impressed. 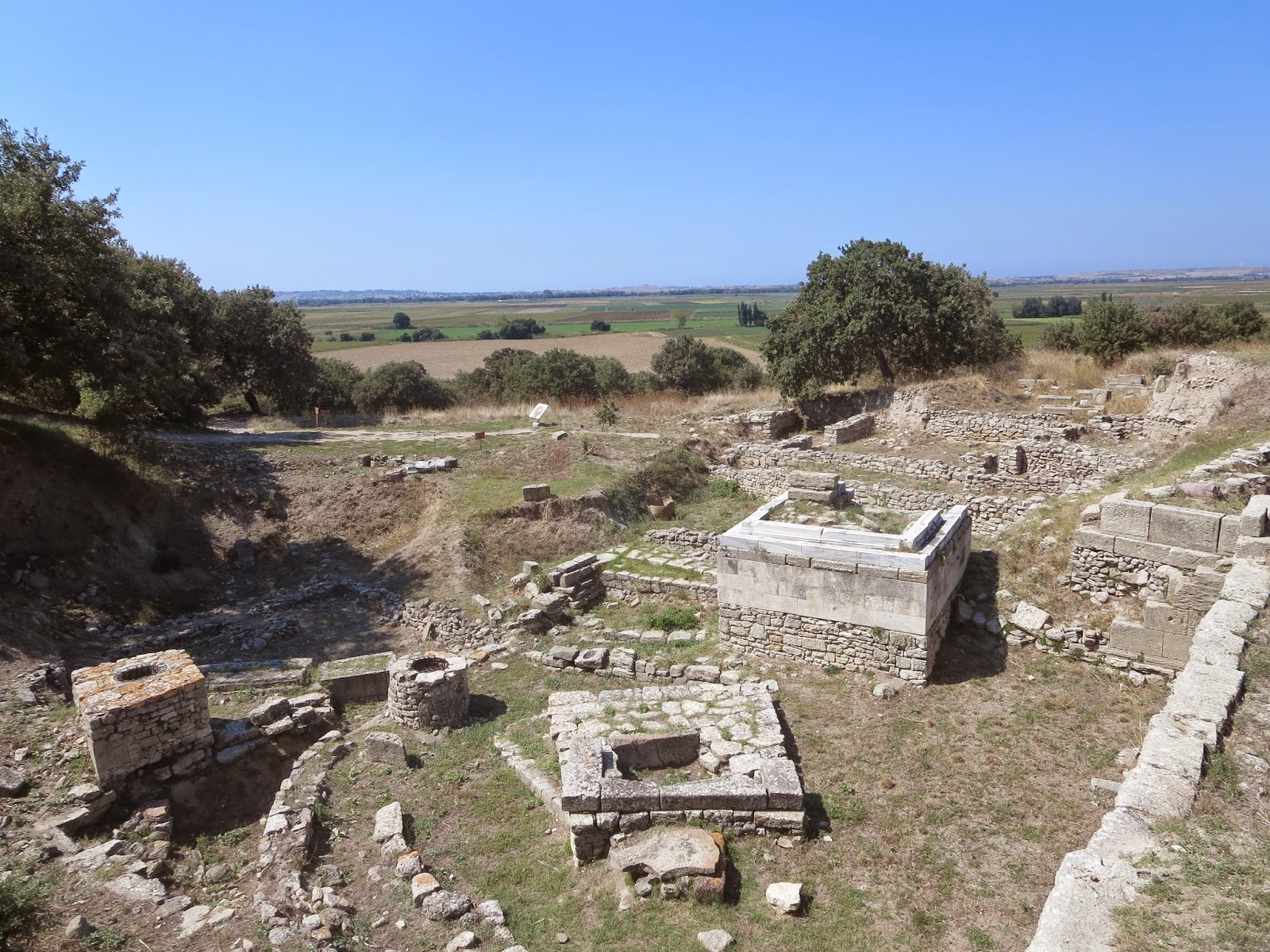 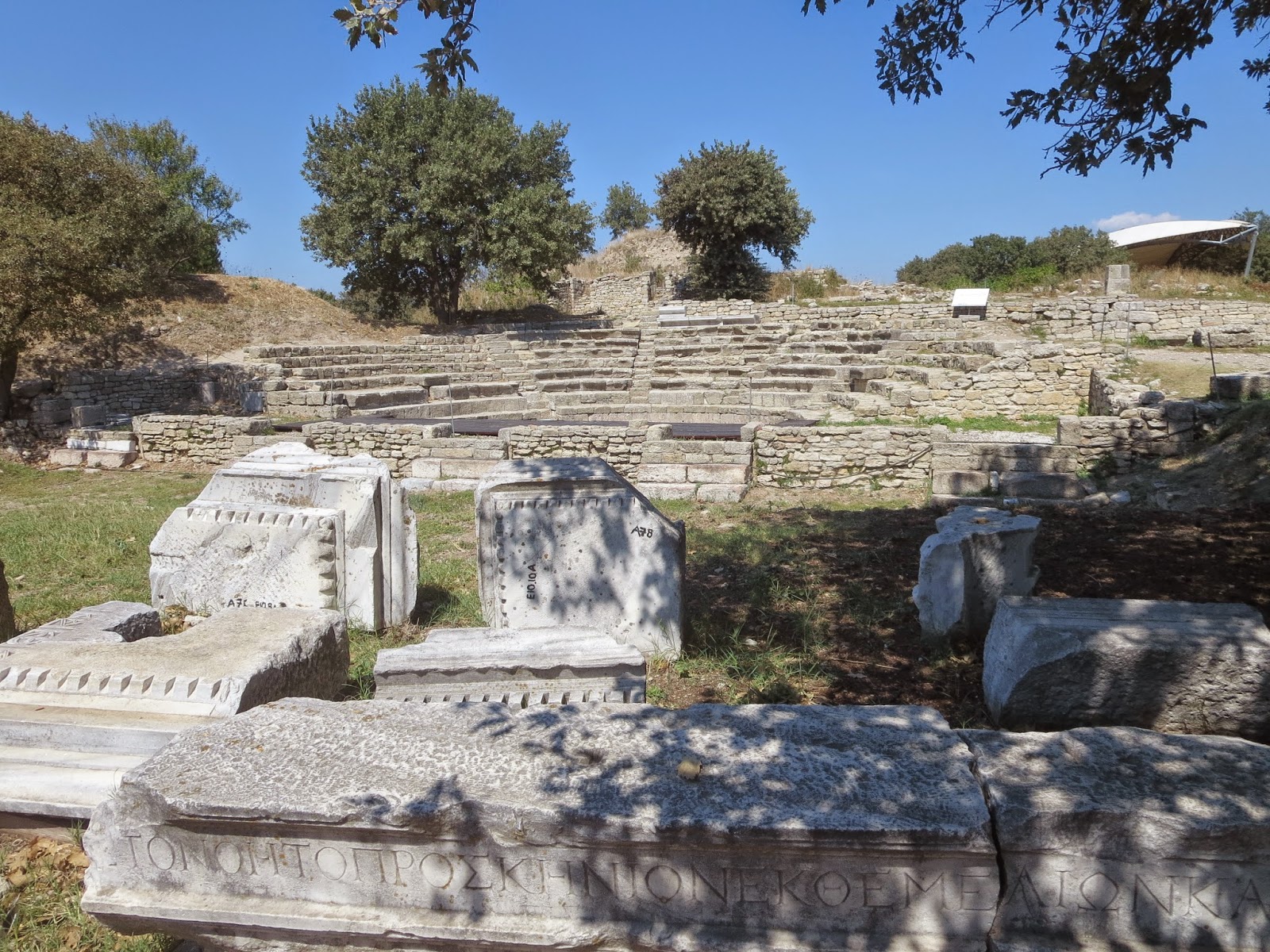 For those of you who don’t know, Troy is most famous for being the location of the epic Greek Trojan War and is described in both Homer’s Iliad and Odyssey. For centuries, the story was regarded as just a myth, until the ruins were discovered. 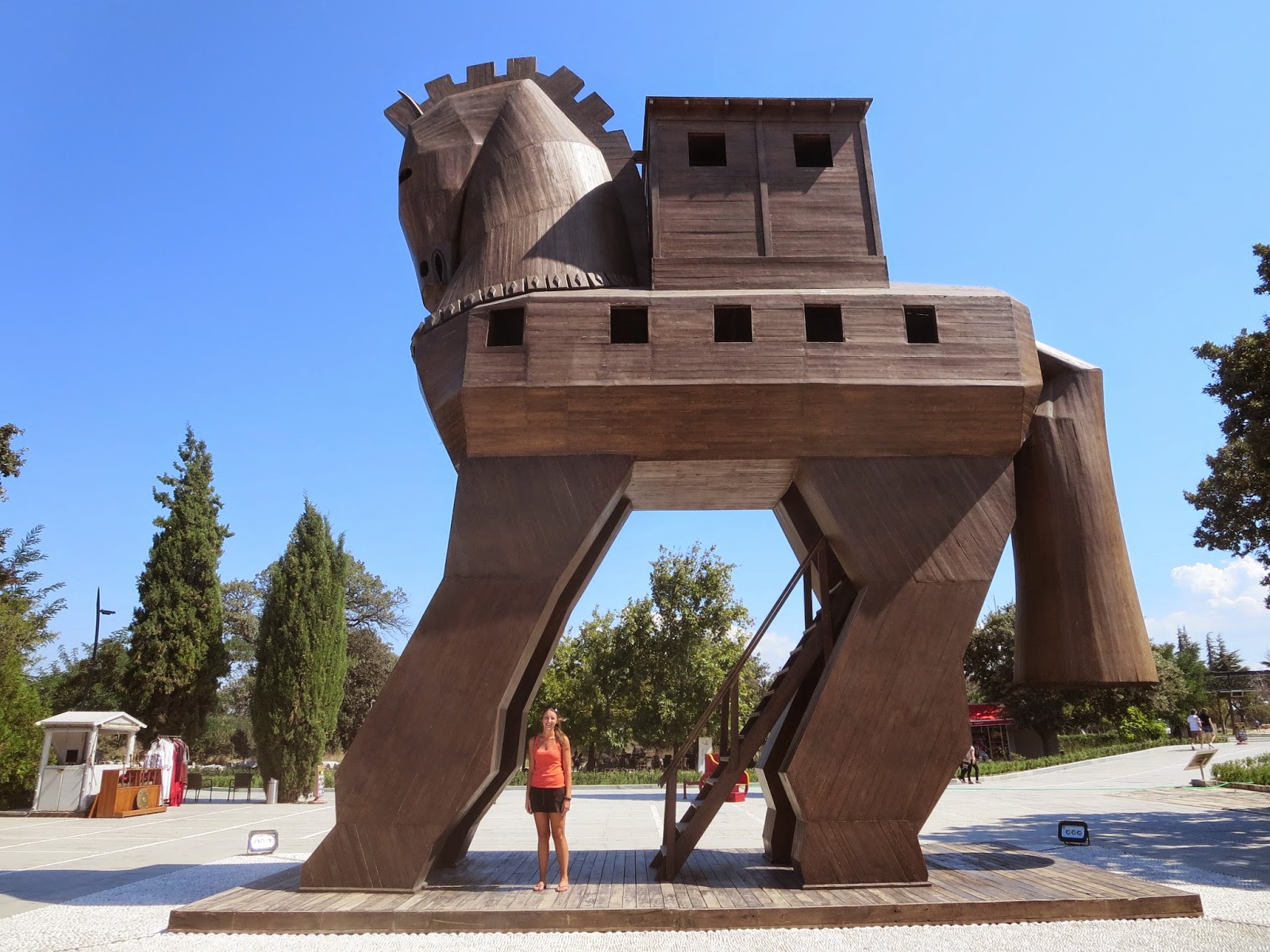 
There are infact 9 Troys…each built on top of each other, from 3000BC until AD 500. With debate still going on whether it was Troy VI or Troy VII that was Homer’s Troy.
After another hour’s drive we arrived at Çanakkale (passing another ‘Trojan Horse’ on the way). 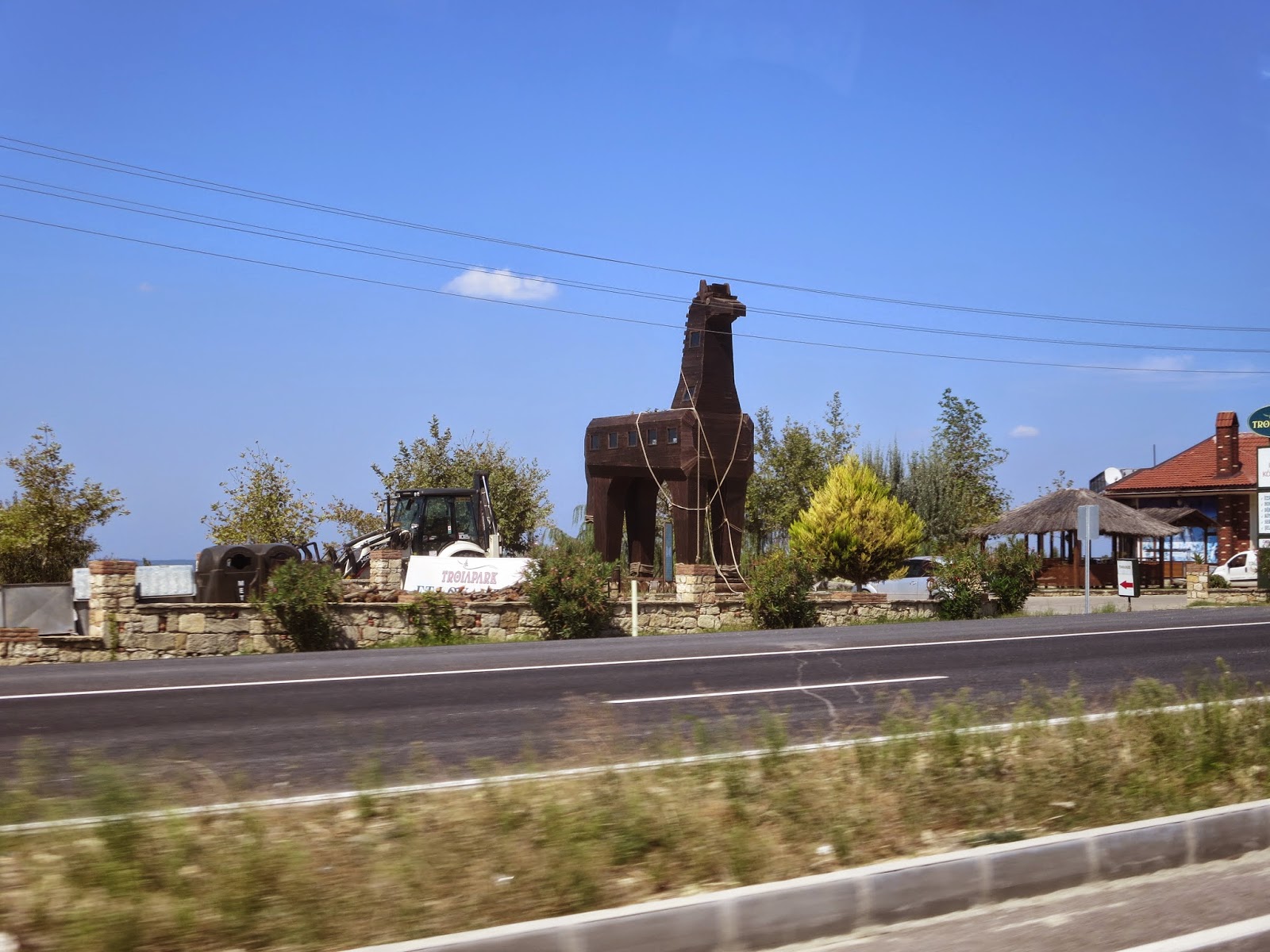 Çanakkale is another Aegean harbor town on the southern (Asian) coast of the Dardanelles strait at their narrowest point. This strait links the Aegean Sea with the Sea of Marmara, whilst also separating Europe from Asia.

The city is home to the wooden Trojan horse from the 2004 Brad Pitt movie ‘Troy’. 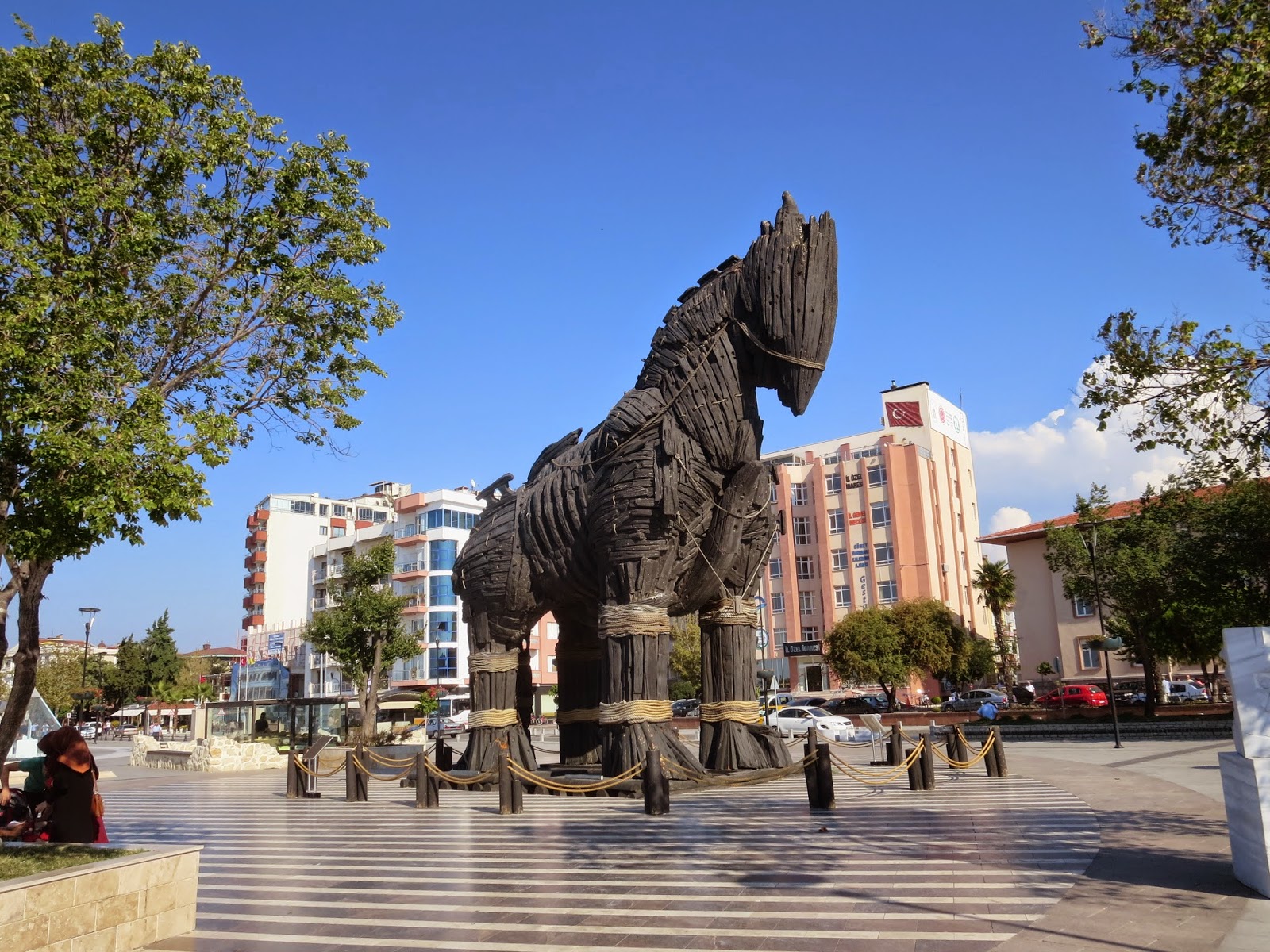 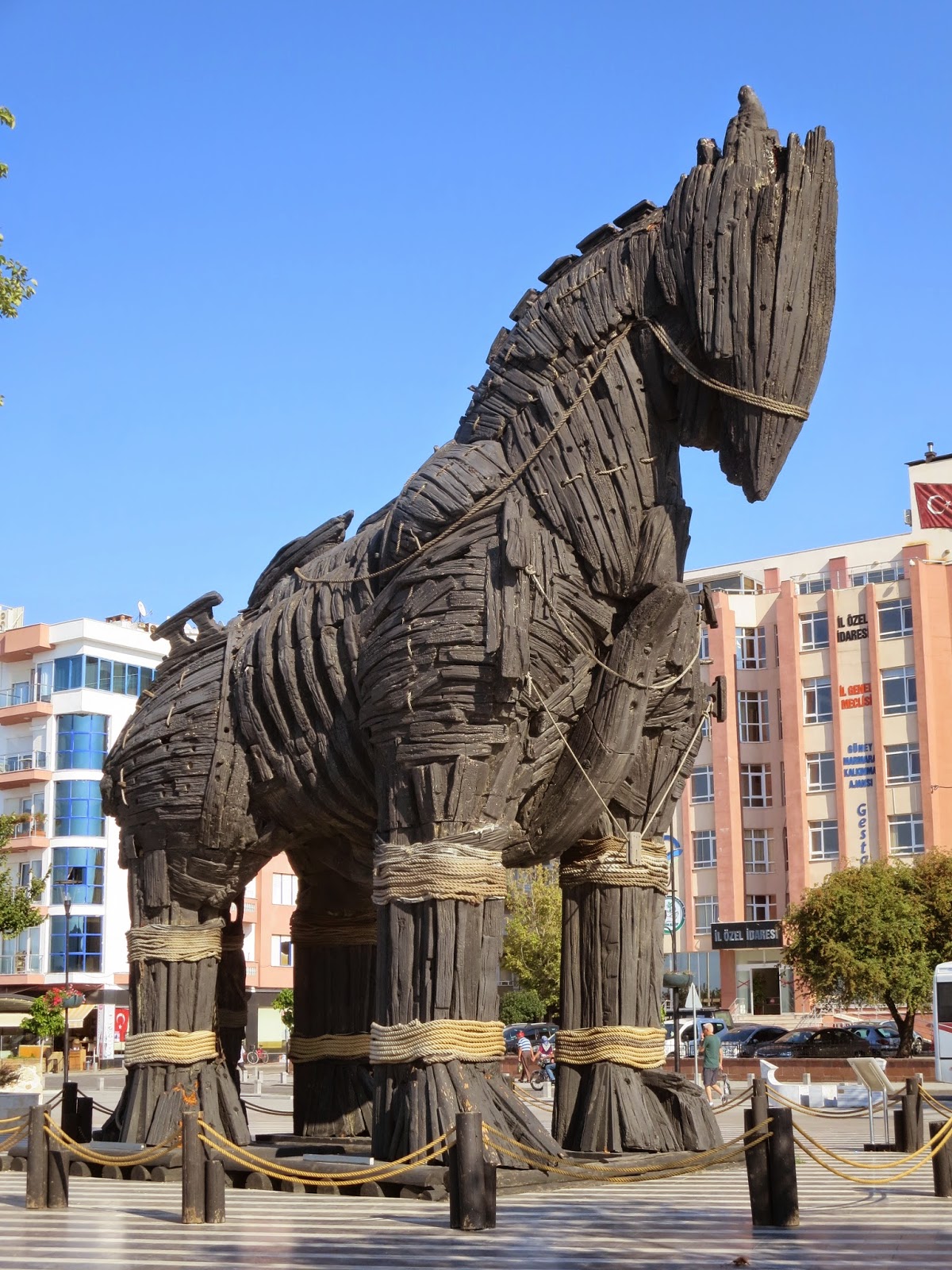 We ate a late lunch - I was working my way through my ‘to eat’ list and so opted for the slightly random combination of a large meatball... 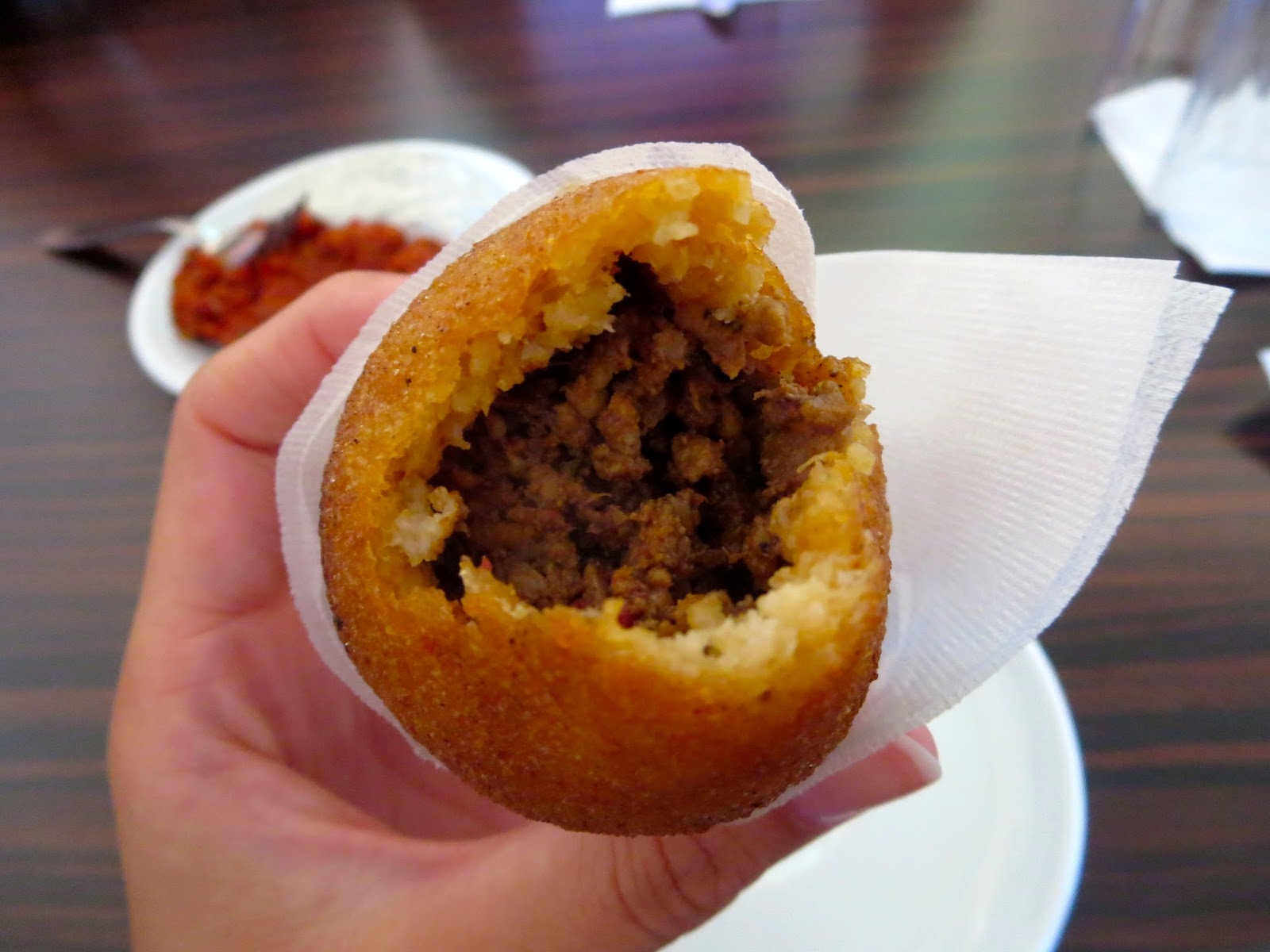 There isn’t a great deal to see in the Çanakkale – it’s a busy port and student town with mostly shops and a sprawling harbor promenade. We were really stopping there as a mid-way point between visiting Troy and then heading onto Gallipoli the next day.

Before having our last tour dinner at a seaside restaurant.

As well as a couple of bottles of red wi…leading to a random dessert later in the night of an apple-pie tasting cheese dish! Very bizarre.