Posted by The Hungry Traveller on 12:50 in Europe Food Travel | Comments : 0

It was an early start today – we were even up before the first call to prayer! We headed straight to Çanakkale harbor to board the car ferry over to the Gallipoli Peninsula.
On the journey over the narrow water we were treated to one of our last Turkish sunrises. 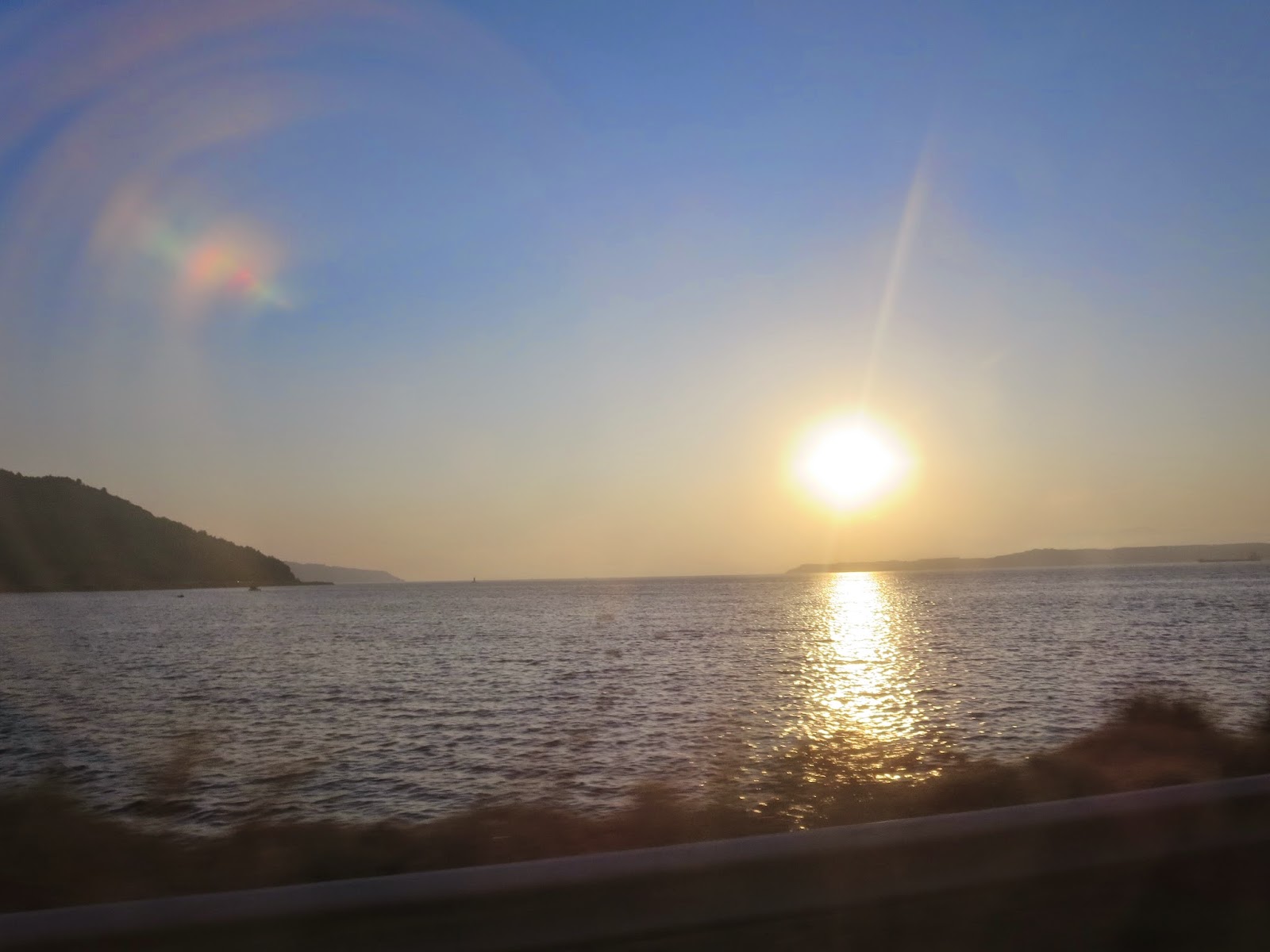 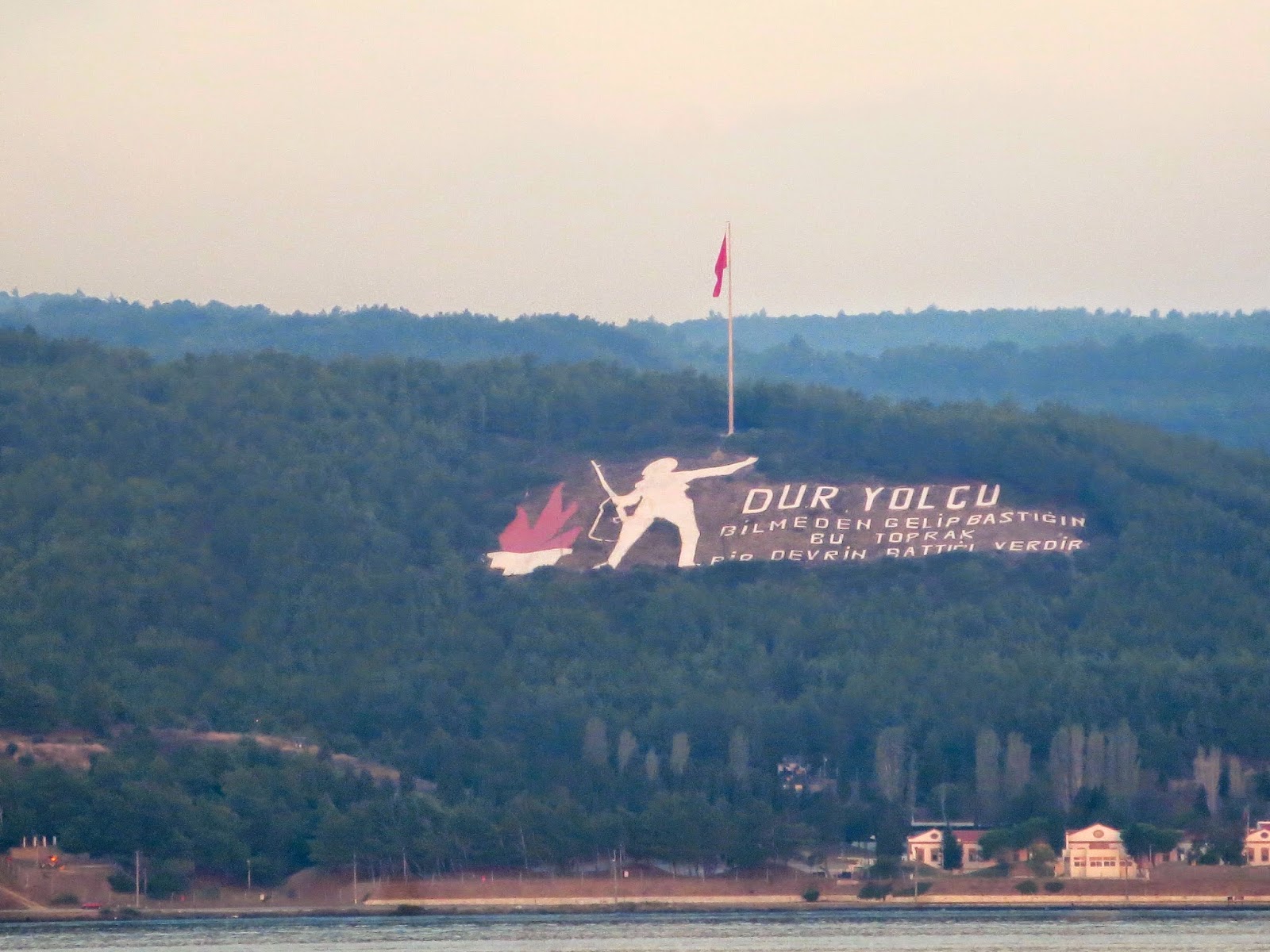 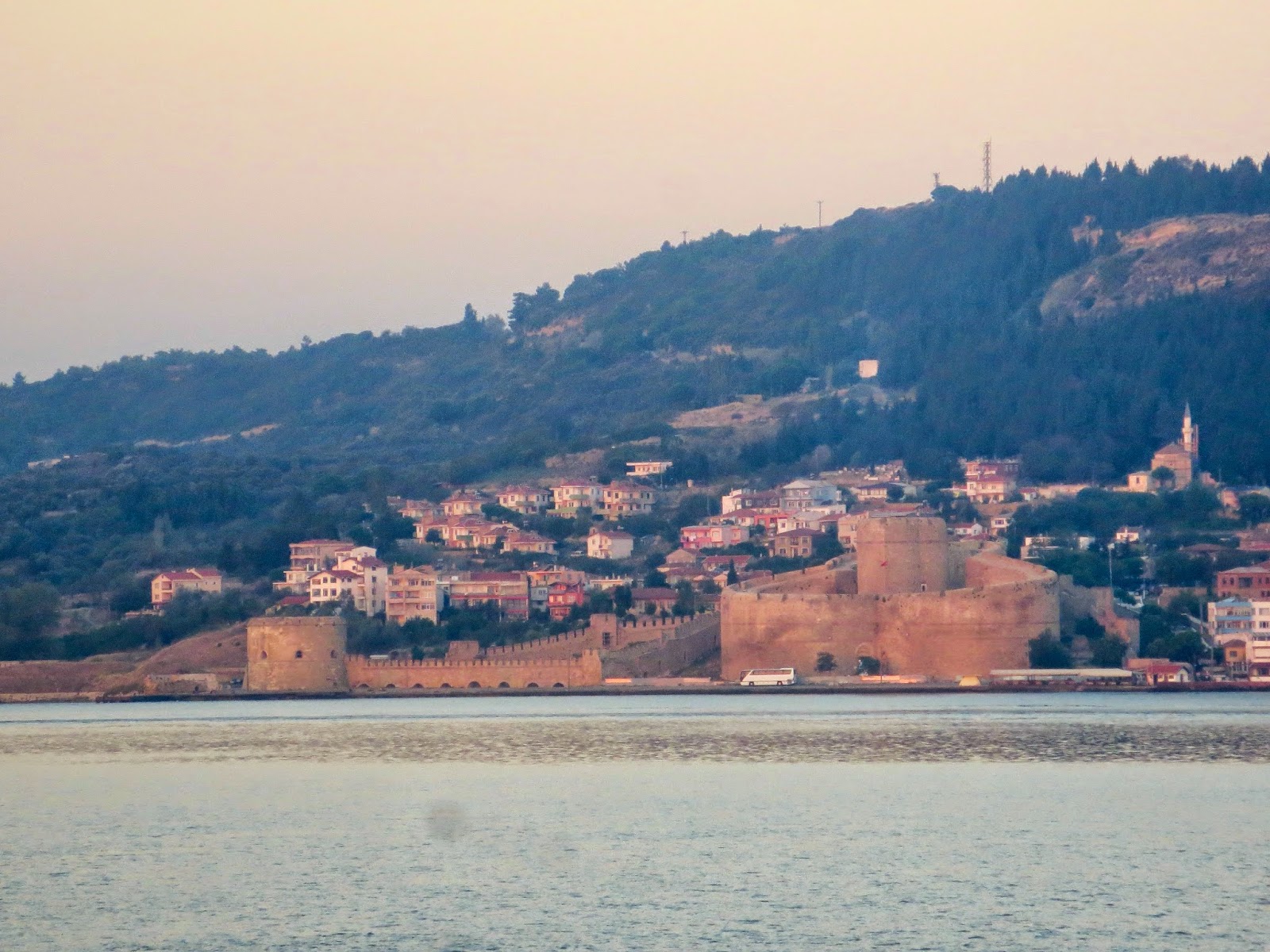 I felt a little ignorant as I didn’t really know much about this place, but fortunately we got a crash history lesson from our tour guide.

Gallipoli is significant, particularly to Australians and New Zealanders as a place where thousands died during a WWI battle in 1915. It was the first time that either country fought as independent nations and is therefore a defining moment for them – the ‘ANZAC legend’.  Here the Allied forces had a campaign against the Turks but due to poor command, the trips were eventually forced to withdraw after 9 months.


Nowadays the site’s battlefields are peaceful places, covered in greenery and are home to a number of commemorative sites, which have become a place of pilgrimage for Antipodeans, especially on 25 April (Anzac Day).


We visited a few of them – the ANZAC Cove 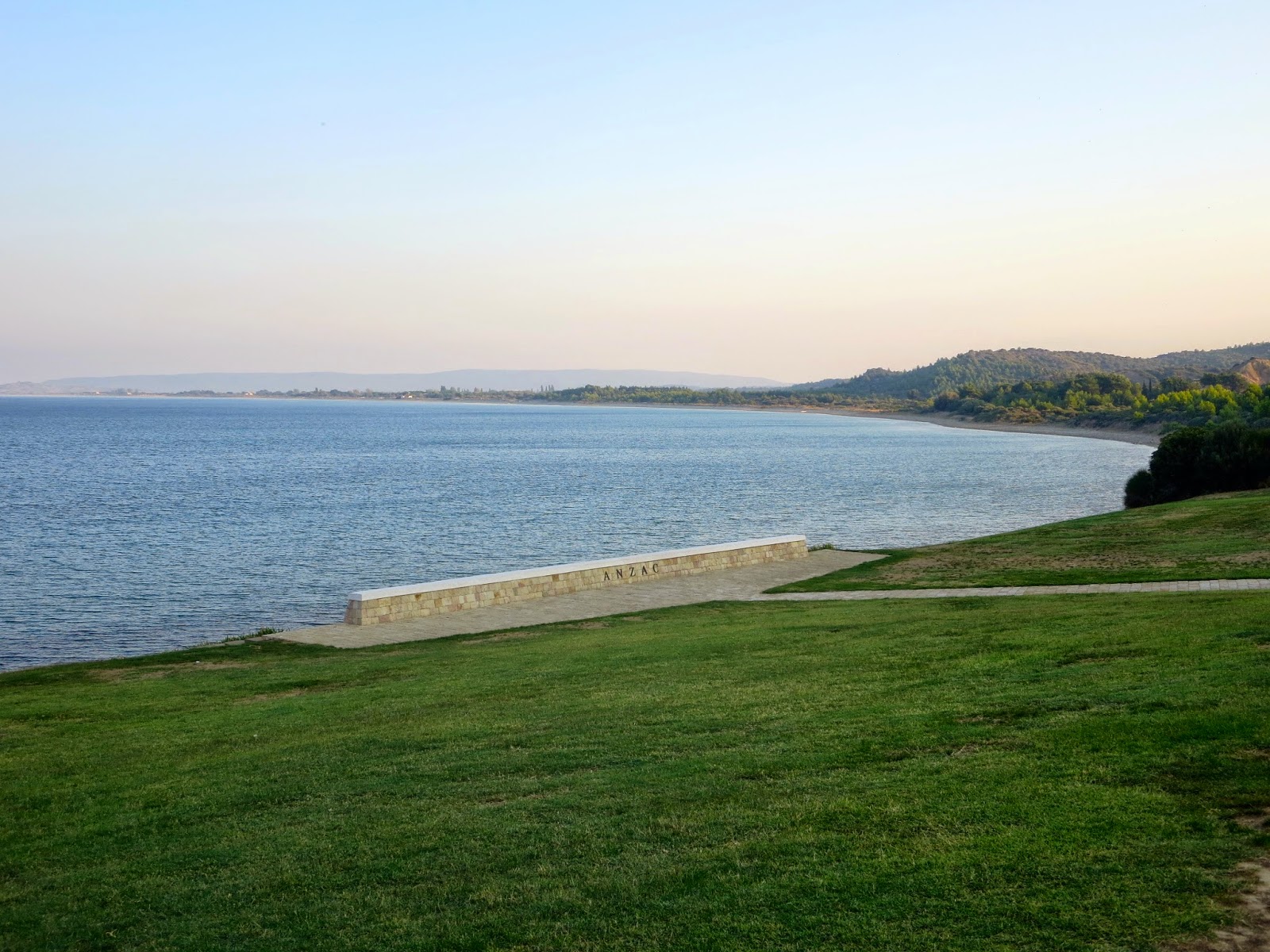 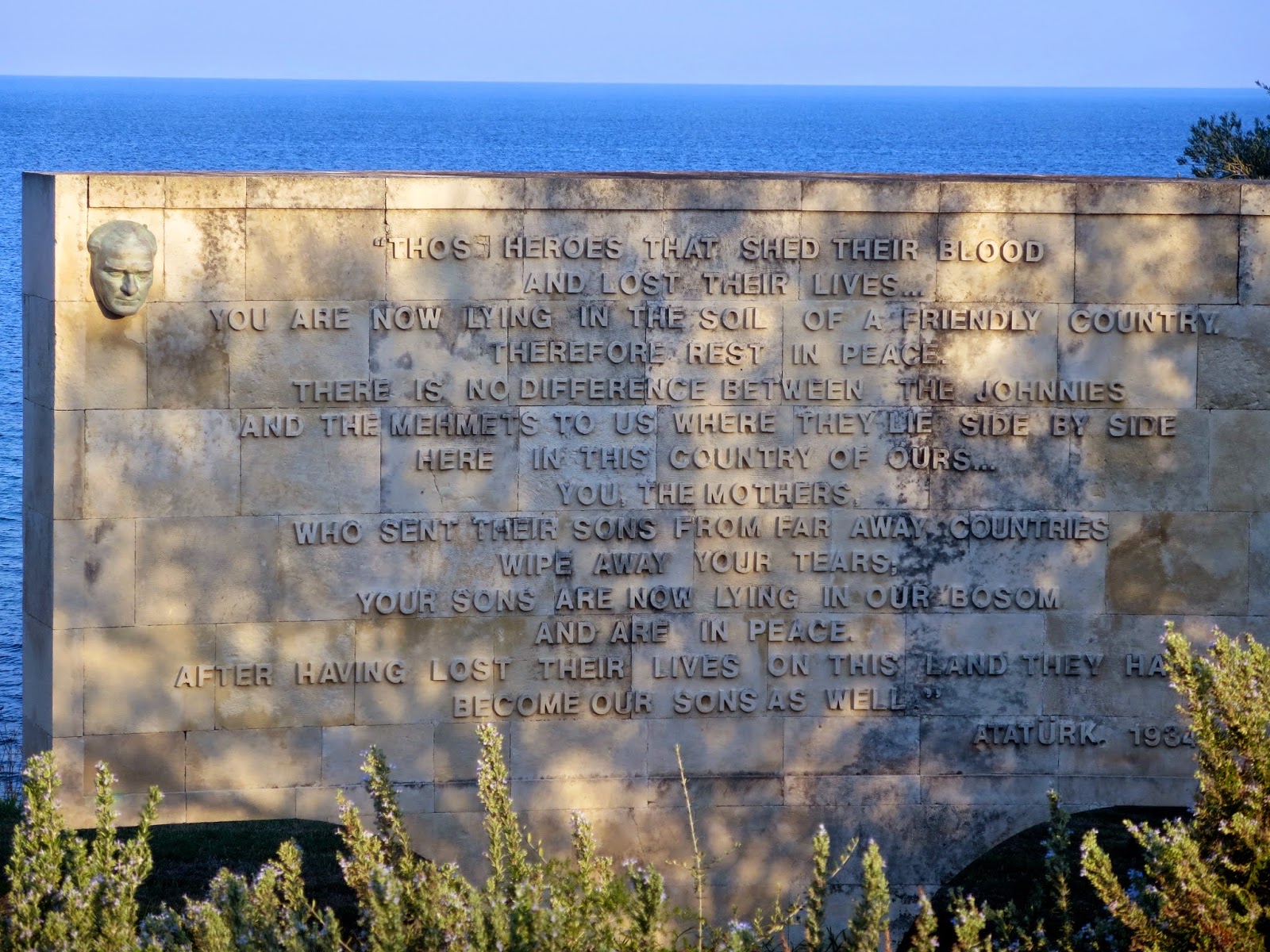 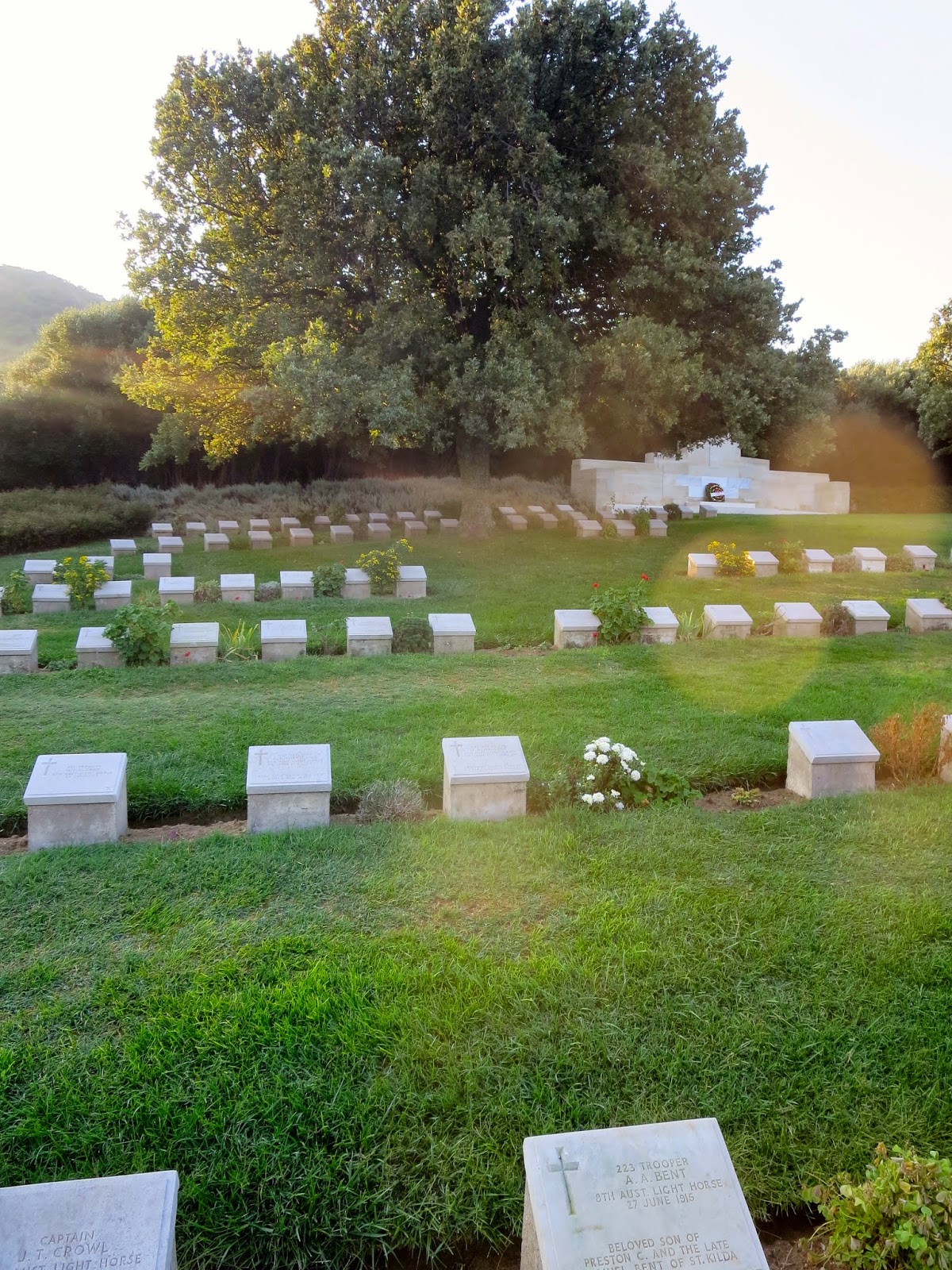 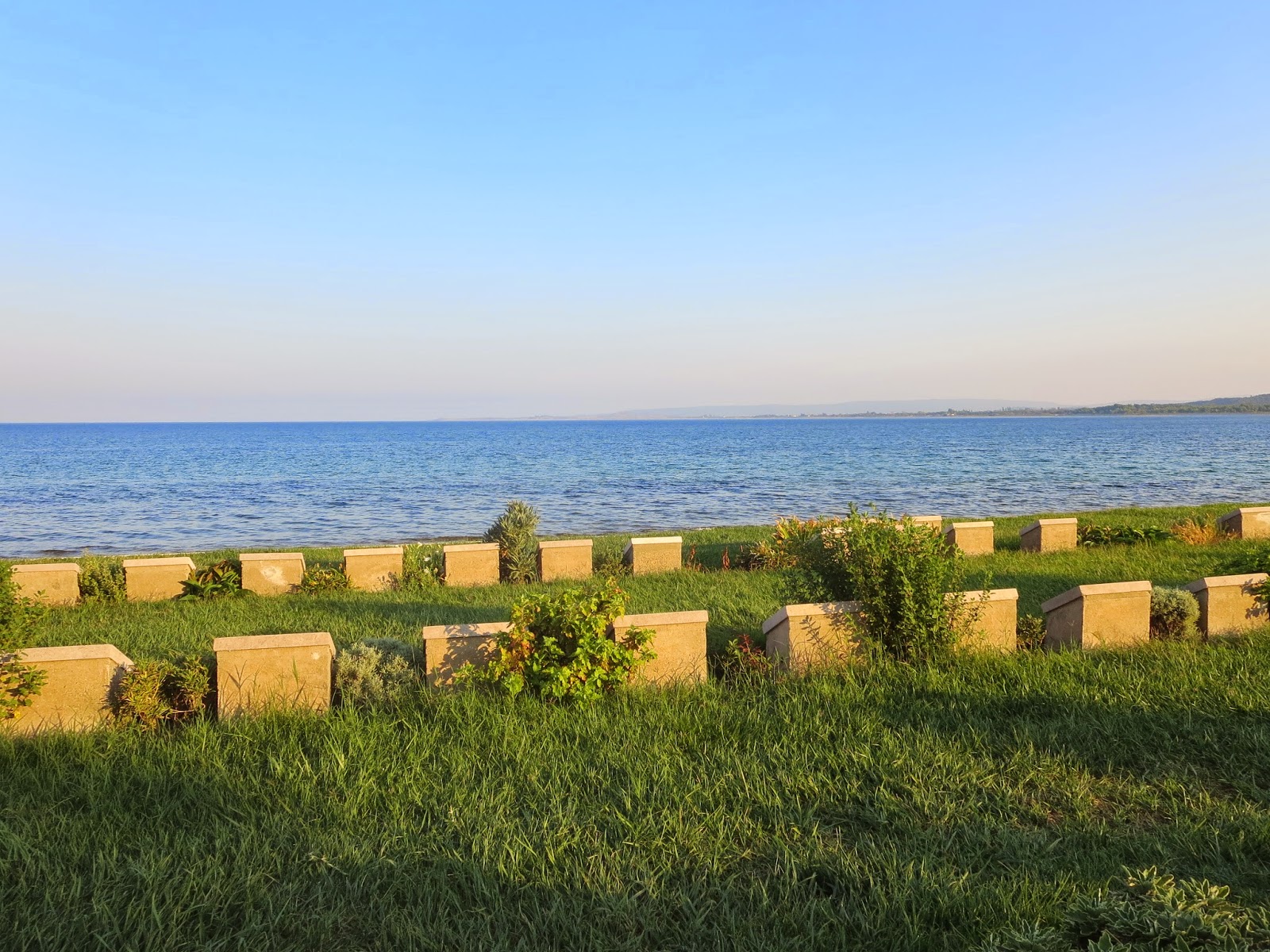 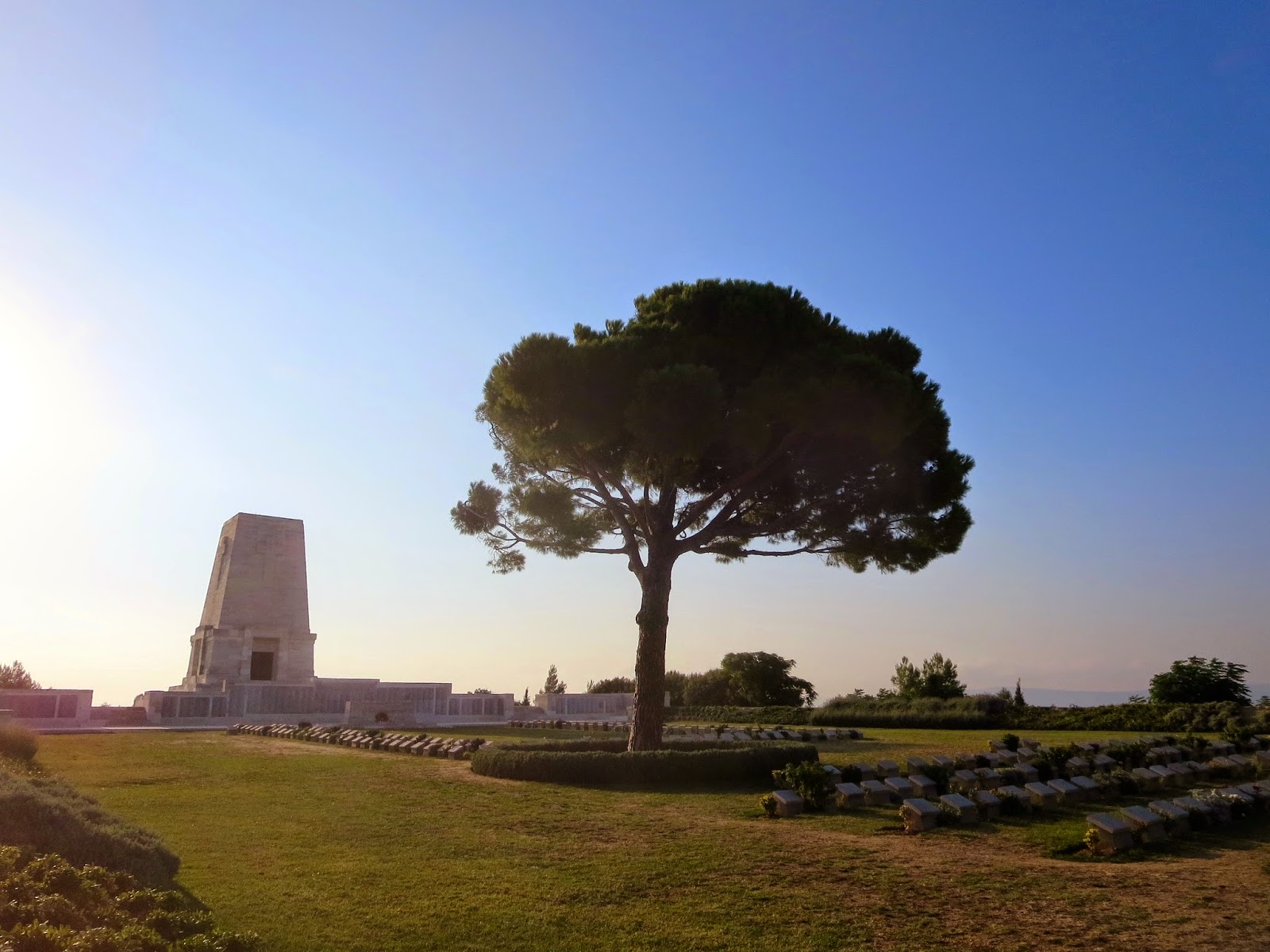 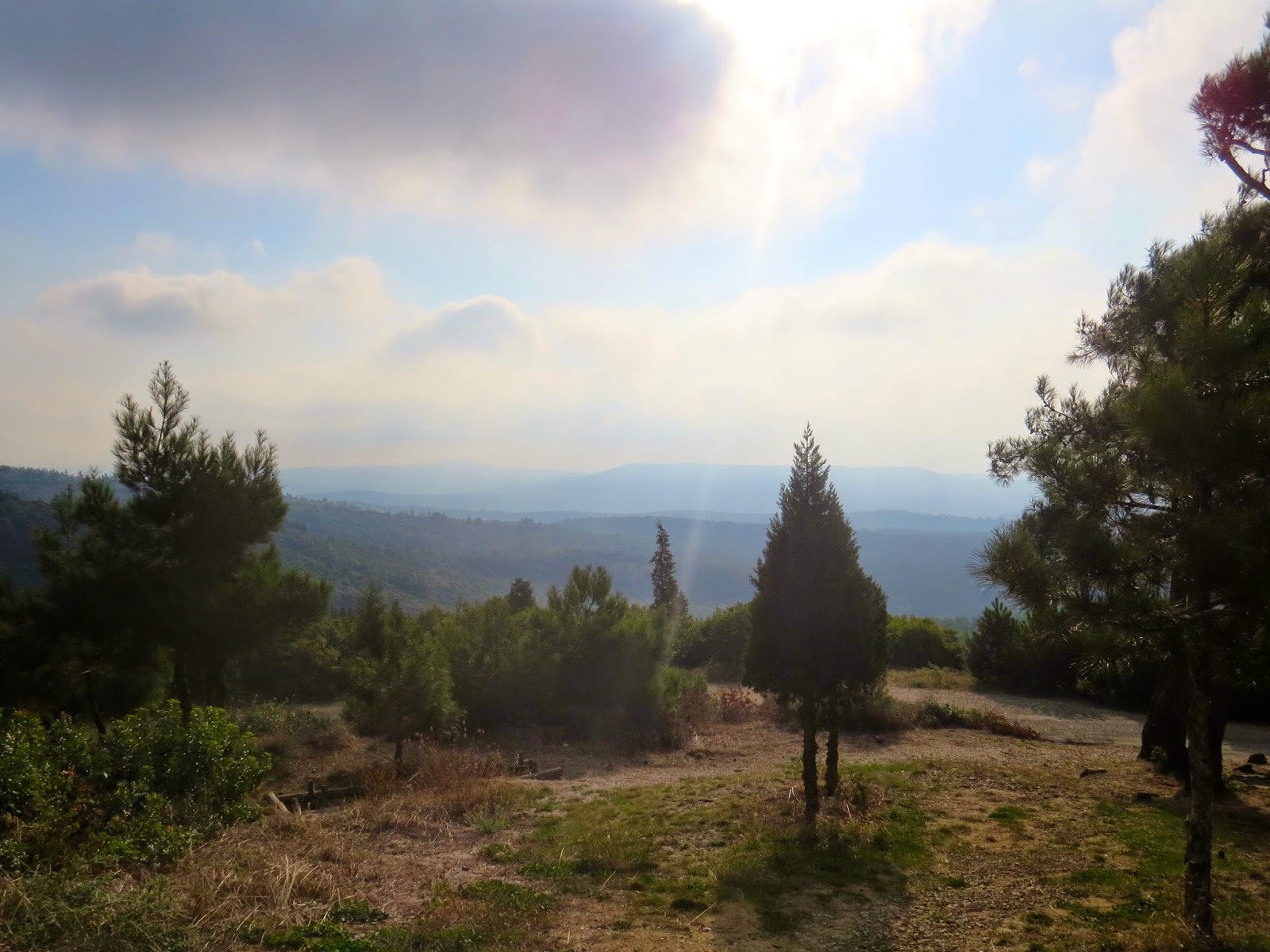 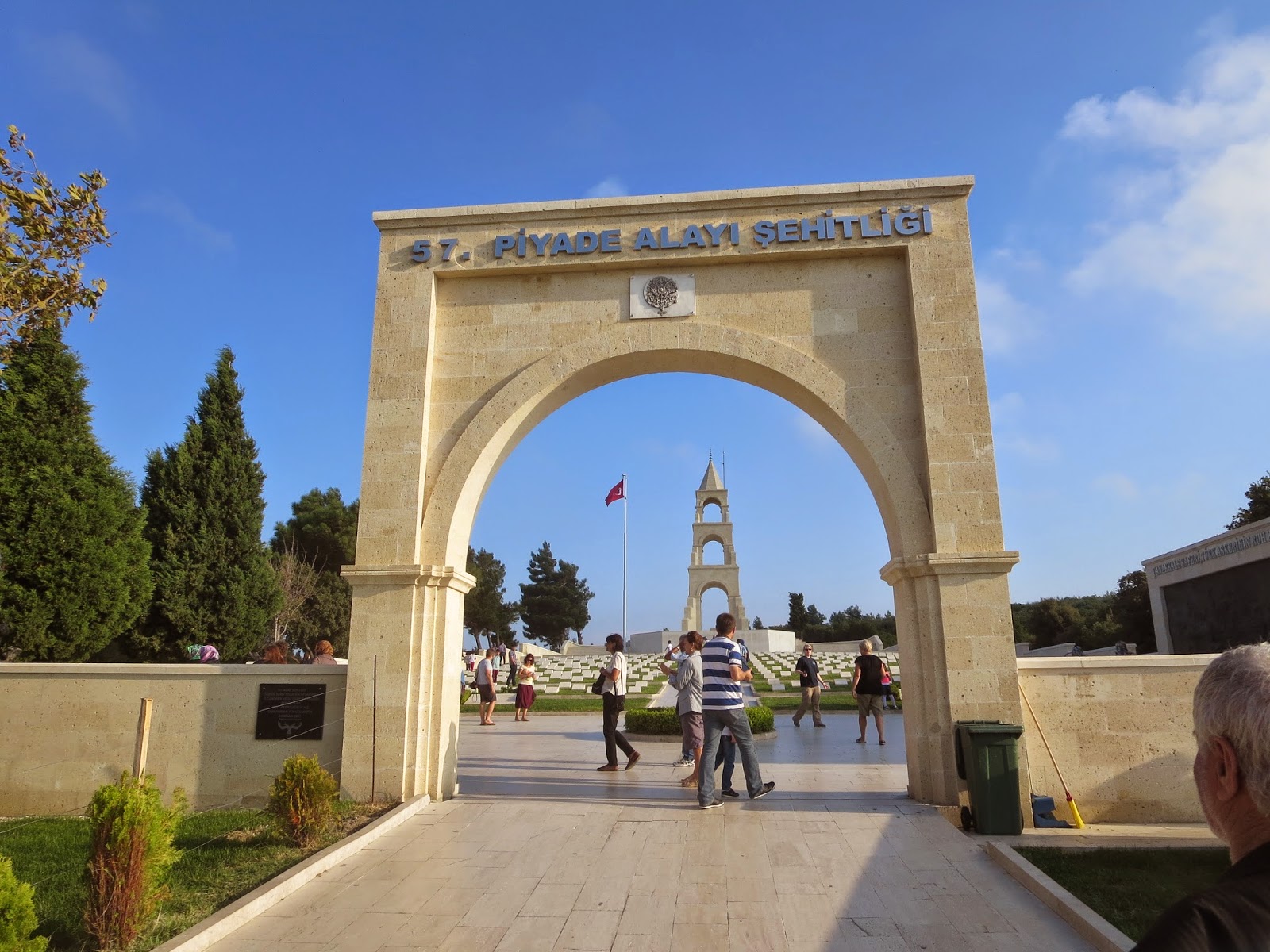 Then we climbed back into the bus for a mammoth 6+ hours drive back to Istanbul…my seat and I were the same shape by the end of this never-ending journey through countryside and city traffic!
We perked up slightly at a very random 'zoo' at one of our petrol / toilet stops! 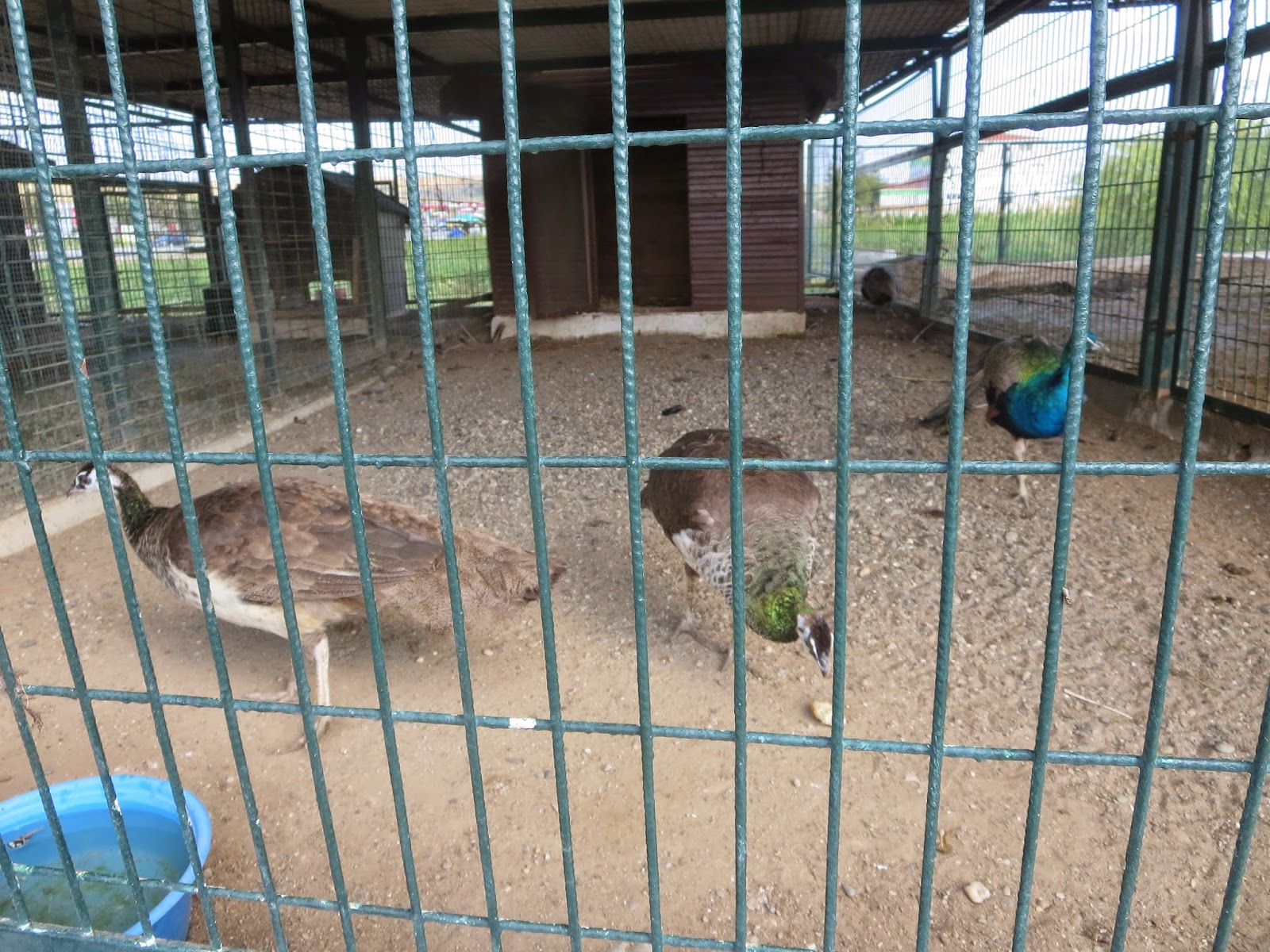 We arrived back into Istanbul mid-afternoon and headed almost straight away to a bar (Red River) across from our hotel – I’d recommend it for a relaxed drink. 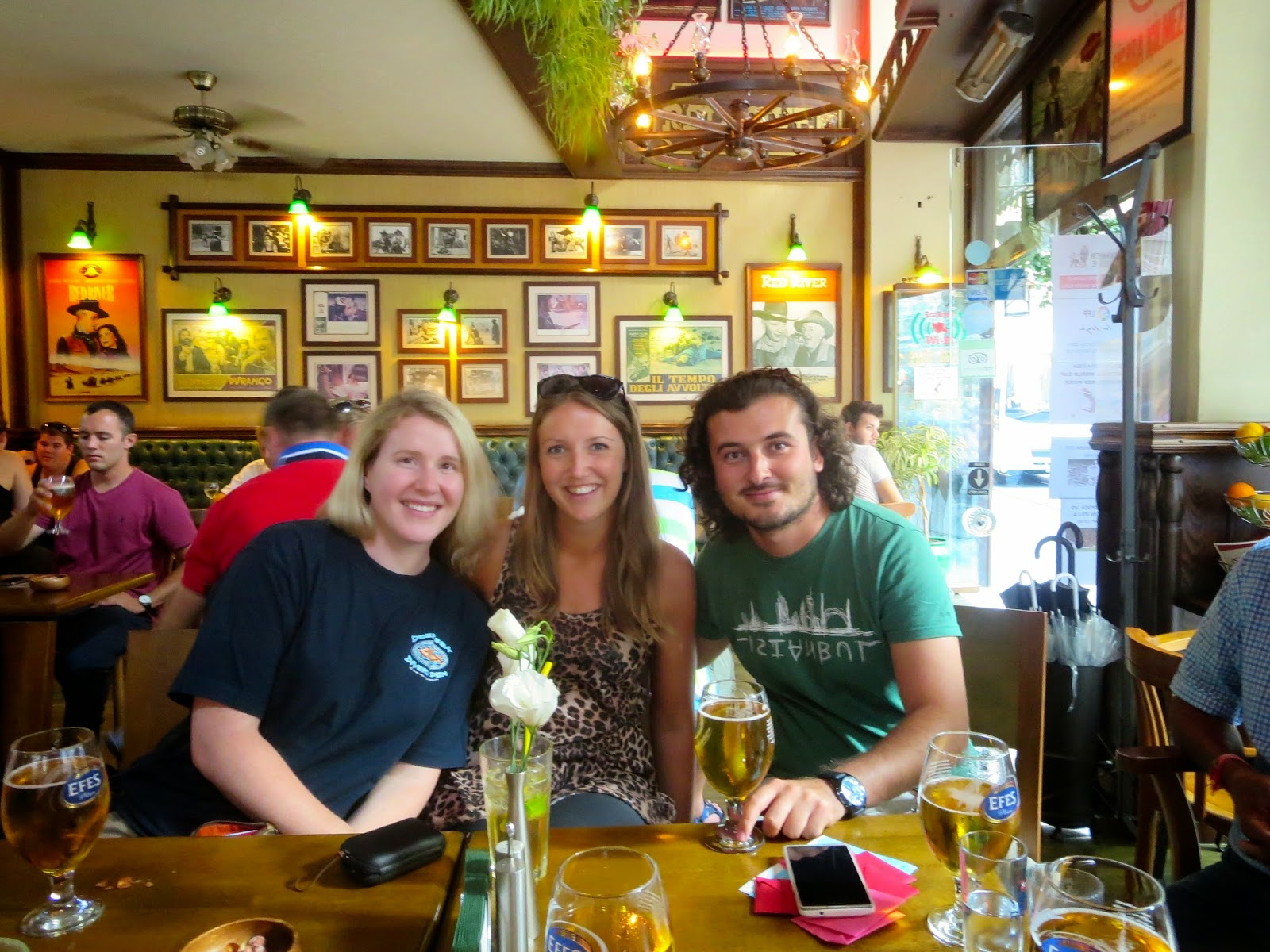 I went shopping! Heading straight for the Spice Market and Grand Bazaar I stocked up on tea leaves… 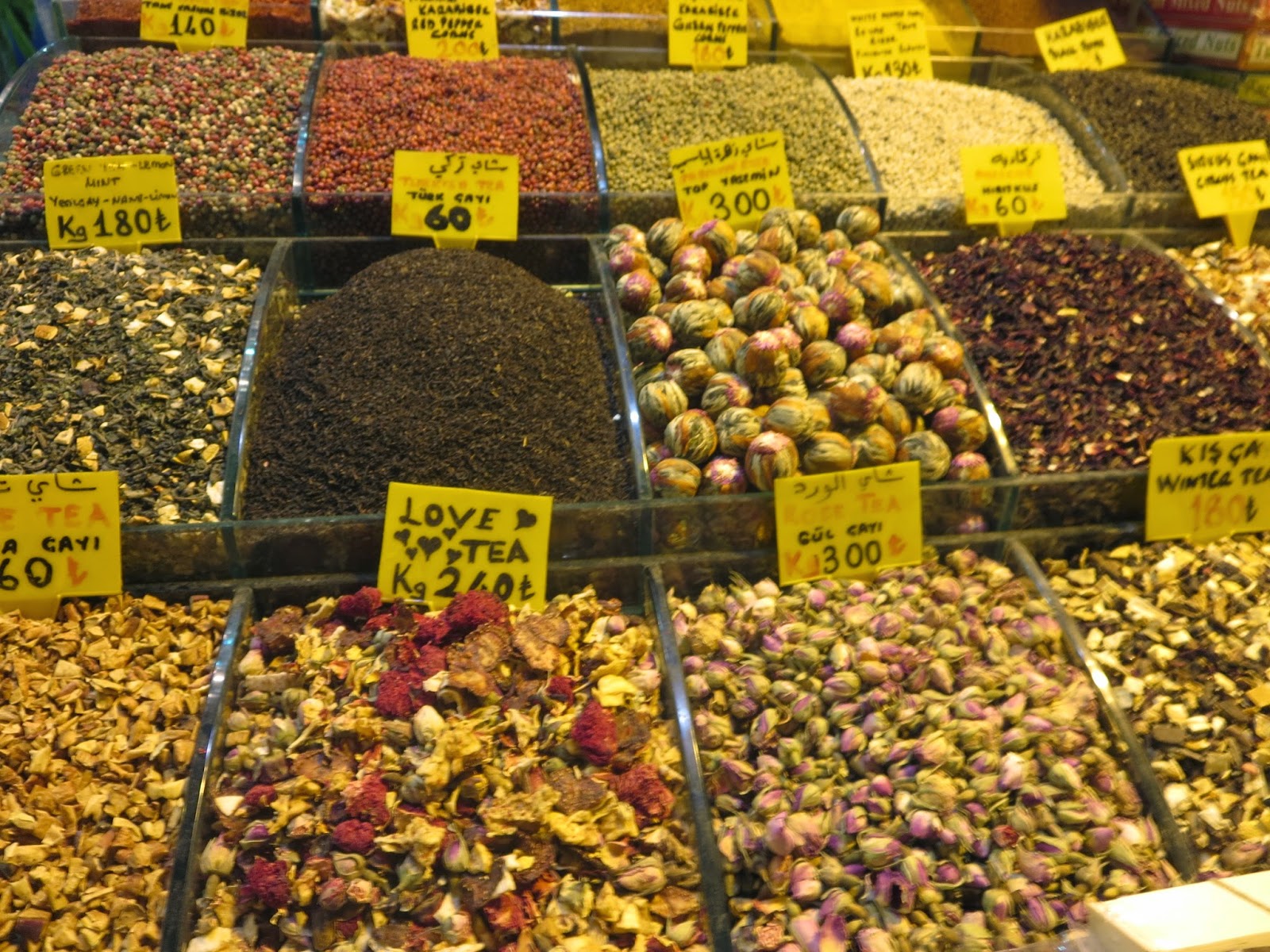 And an oil / dressing pourer

Then it started to get dark and it was time to head out for dinner. A group of us headed to a delicious place, I’d recommend visiting if you have time in Istanbul – ‘Anatolia Café’

In honor of our location (and because I’m a fan) we kicked off with some Turkish mezes…a tasty mixture which is always great to share with friends and wine!

Then I ticked off my final foodie ‘must do’ from the list and had Turkish ravioli – really yummy too…thought perhaps even more so because I really appreciated the non-lamb / kebap food style!

The restaurant had a lovely atmosphere and we watched other diners selecting attention-grabbing pottery items and calmness in the twinkling candle light.

Then to mark the end of the tour, we headed up to the rooftop bar where we’d spent our first night as a group and had a last drink looking over the nighttime city skyline.