Posted by The Hungry Traveller on 19:02 in Asia Food Travel | Comments : 0

Have you ever done yoga at sunrise looking over calcium cliffs?! Well that is how I started this Wednesday morning - much nicer than a normal working day! Until a coach-load of tourists arrived and I thought it was time to move in from my Pamukkale-facing balcony.

After (another!) buffet breakfast…my ‘usual’: boiled eggs, cucumber, tomato, watermelon and coffee, we clambered back into the bus for a 3+ hour drive to Selçuk.
We were driving through fig and olive growing country - as a massive fig fan, I was delighted when we stopped at a roadside shack to snack on the last figs of the season. She had both the purple/black ones as well as the white/yellow/green ones. To mix it up, I went green - tasty but not as sweet as the purple ones. 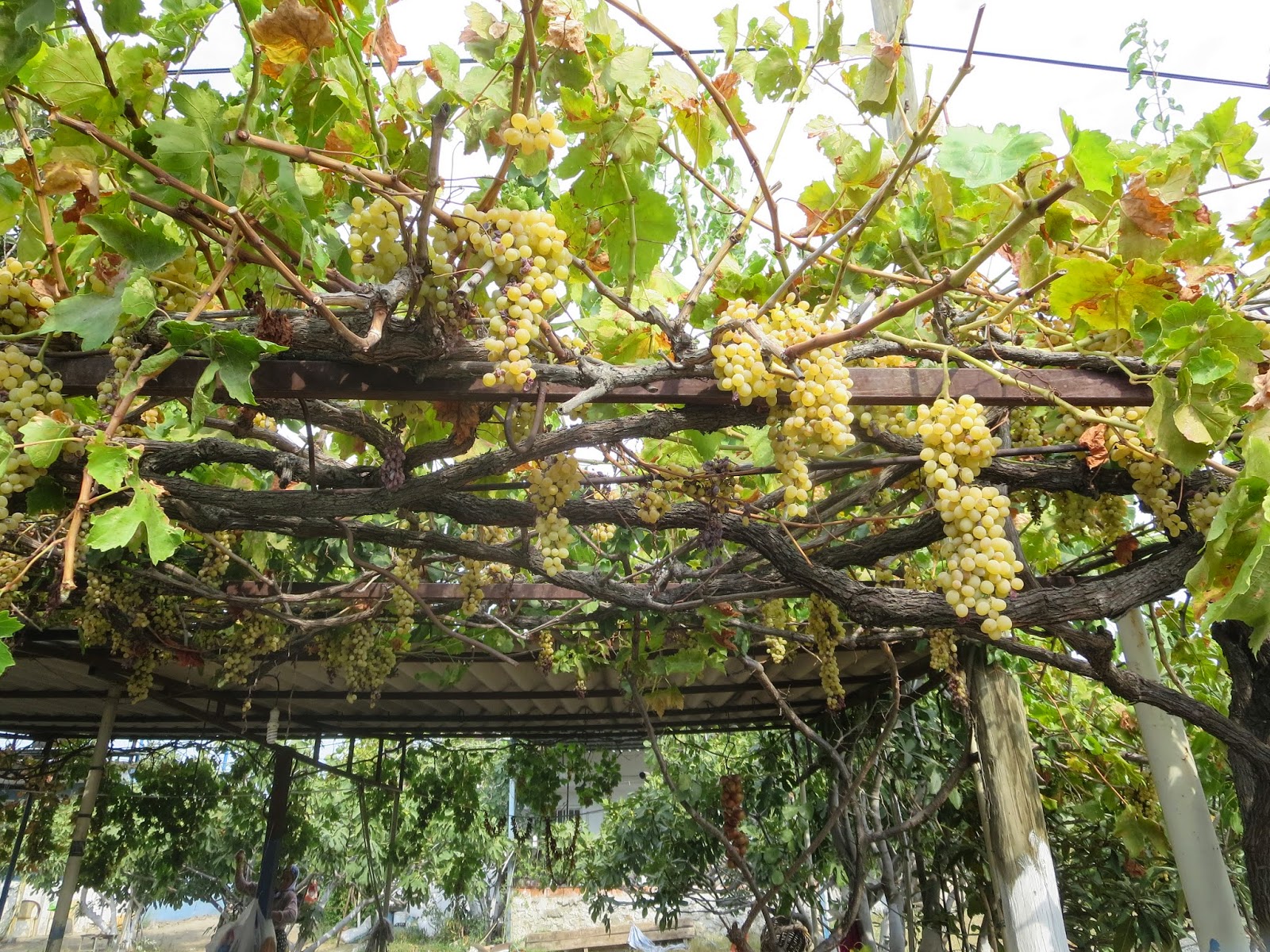 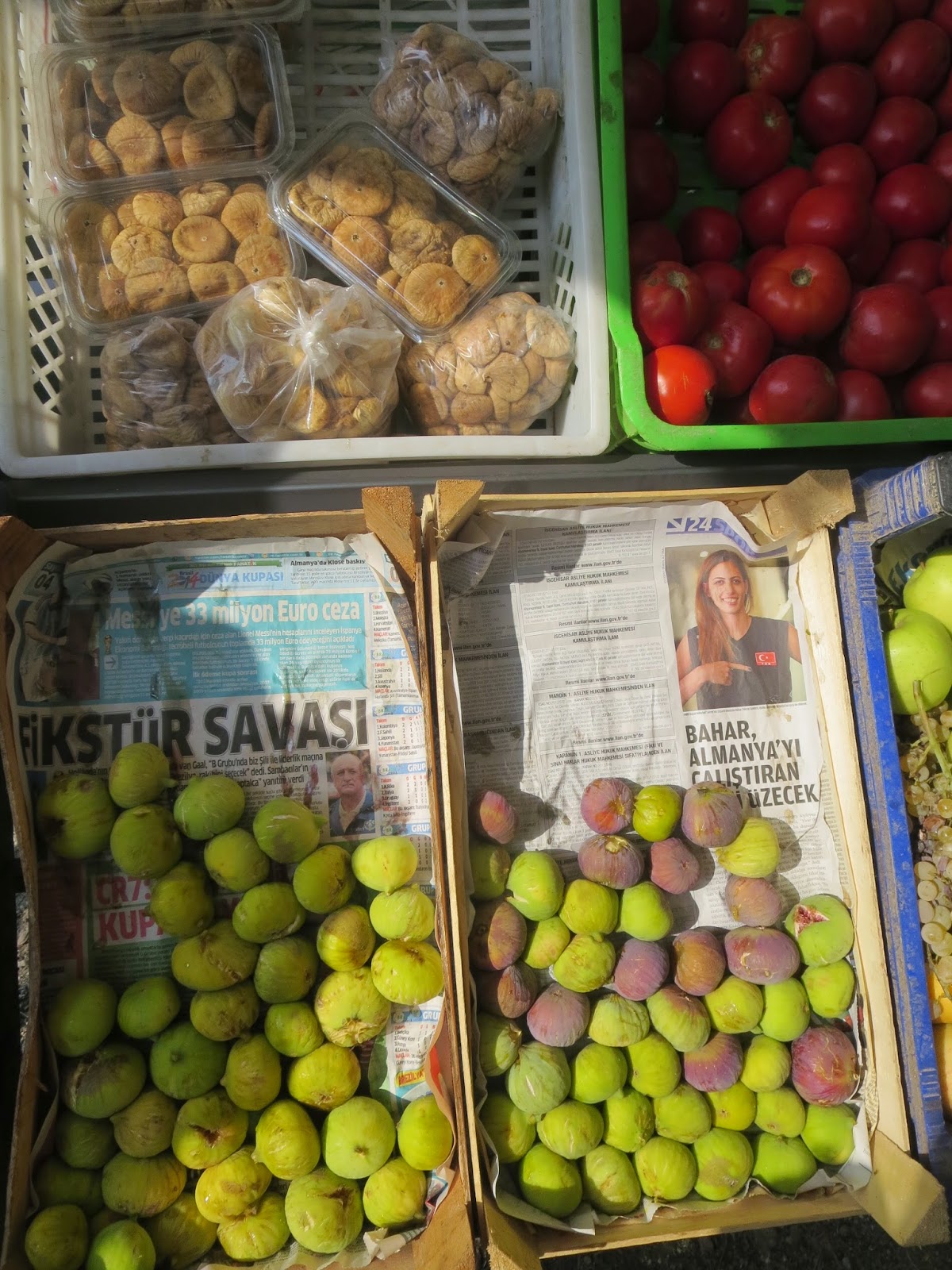 Around lunchtime we arrived into Selçuk - a town I’d never heard of before! It’s most famous for being the gateway to Ephesus. However, it also has large Byzantine aqueduct ruins, the Temple of Artemis (one of the Seven Wonders of the Ancient World), Ayasuluk Fortress and the Basilica of St. John.

We grabbed lunch at a sunny cafe - I was pleased to discover that, for a change, they had chicken wraps!  Then we split up to explore the town.

We climbed up Ayasoluk Hill which dominates the town and is home to a number of historical buildings: 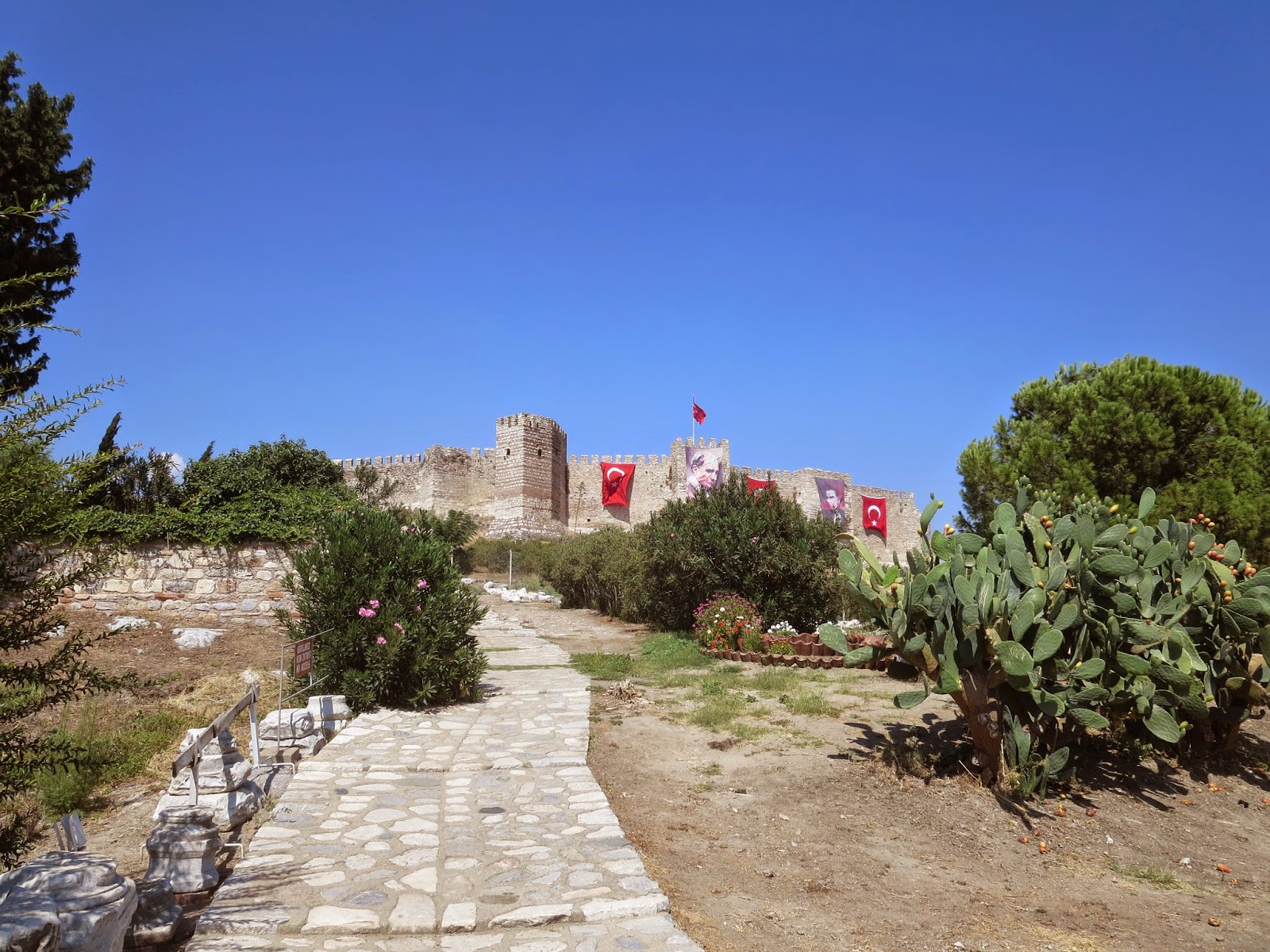 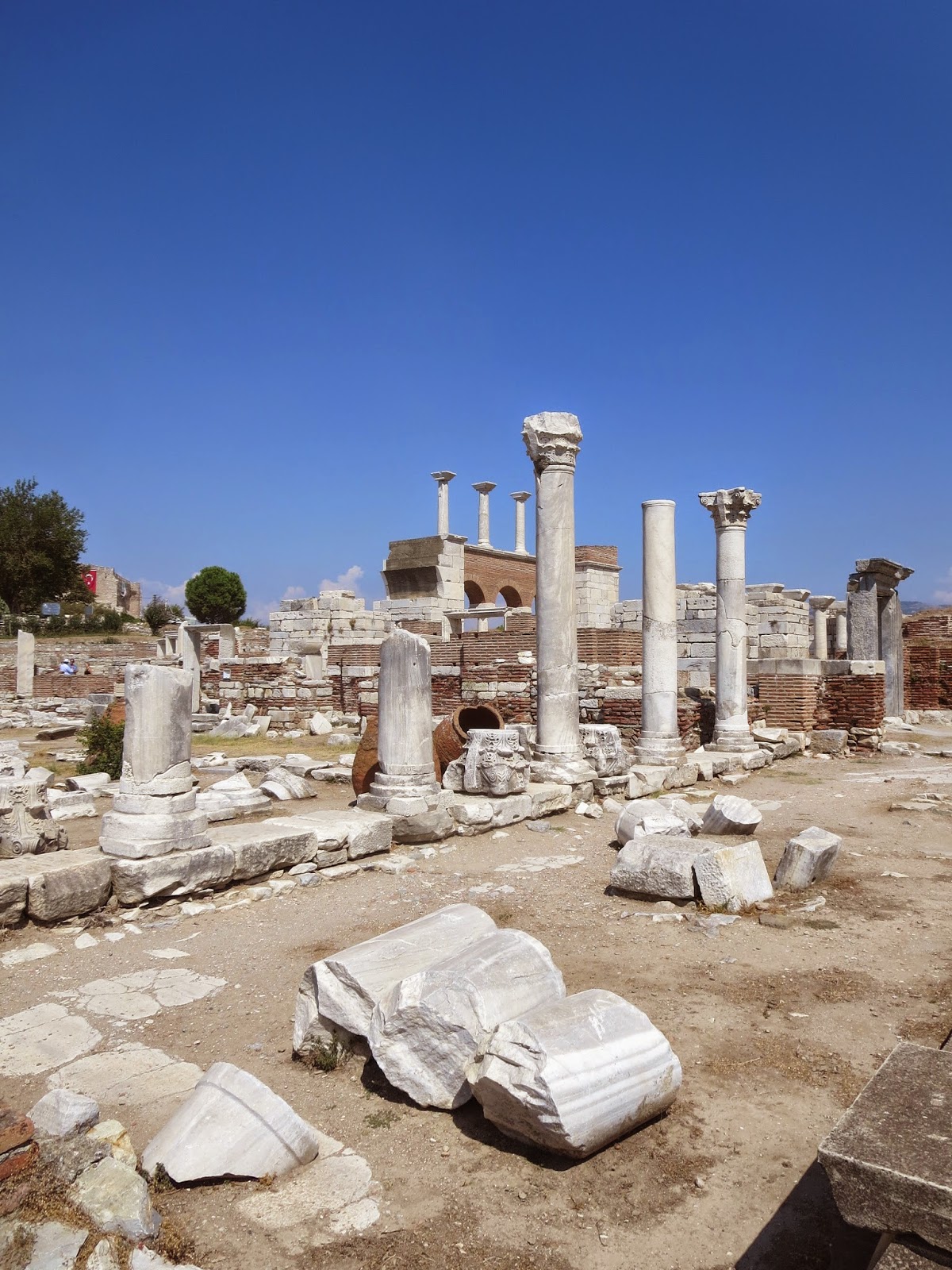 The Basilica of St. John - built in the 6th century, apparently on the site of his tomb. It is believed he fled to Ephesus after leaving Jerusalem with Jesus’ mother for safety after Jesus’ death, where he then wrote his gospel for the Bible.

The Isa Bey Mosque - built by the Aydinids in 1375

The Temple of Artemis - pretty disappointing, this Wonder is just a single pillar…it was a huge temple with 127 columns but now looks a little random and unimpressive, abandoned in a field!

Random fact for you - an annual camel-wrestling championship takes place at nearby Ephesus beach every January. Did you have any idea camel-wrestling even exists!? I didn’t…check this oddity out.

As the day got cooler, approx 4pm we headed towards Ephesus - only 1 mile from Selçuk.
Ephesus was an ancient Greek city which had it’s prime time under Roman control in 129 BC, being home to approx 50,000 people.

However, it was partially destroyed by an earthquake in 614 AD and from then declined. According to legend, the city was founded by an Anthenian prince (Androklos) on the site where the Delphi oracle became reality (“A fish and a boar will show you the way”).

Only approx 15% of Ephesus has been excavated but the visible ruins show how impressive the city must have once been. 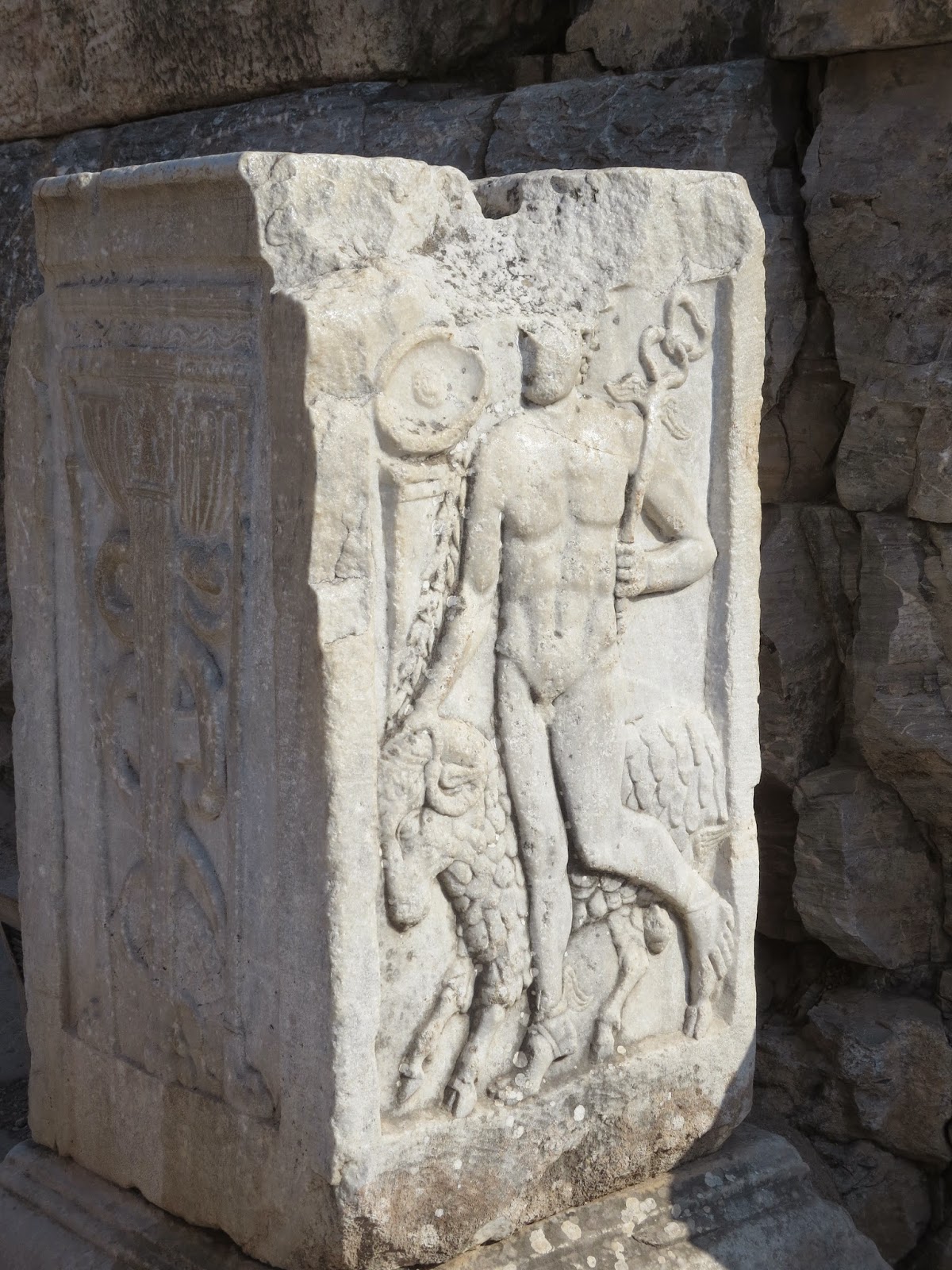 Harbor Street - this road used to lead to the harbour 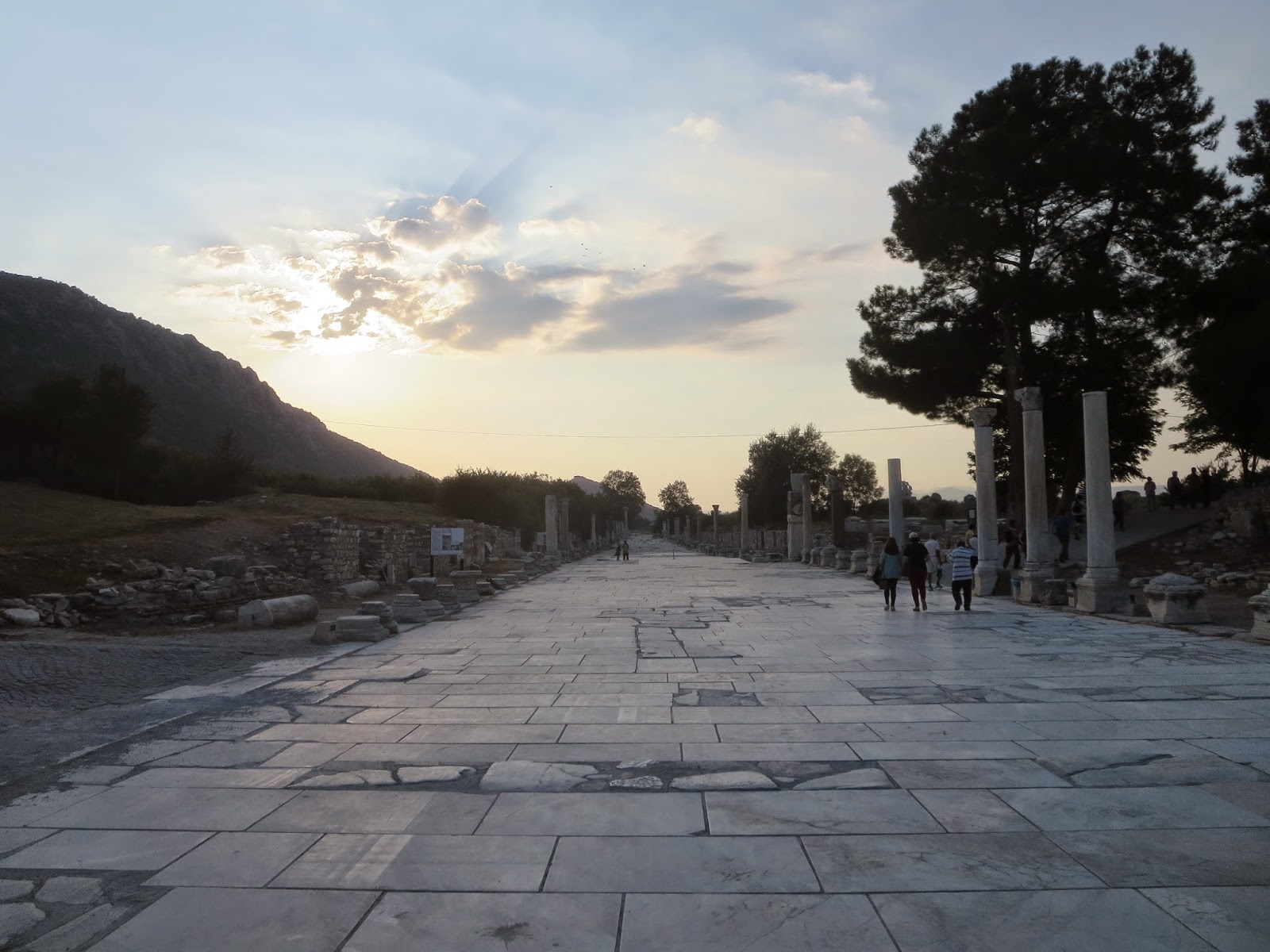 the Library of Celsus - built in 125 AD and held approx 12,000 scrolls, now is a facade which has been painstakingly reconstructed from all original pieces

The theatre - the largest outdoor theatre in the ancient world with approx 24,000 capacity 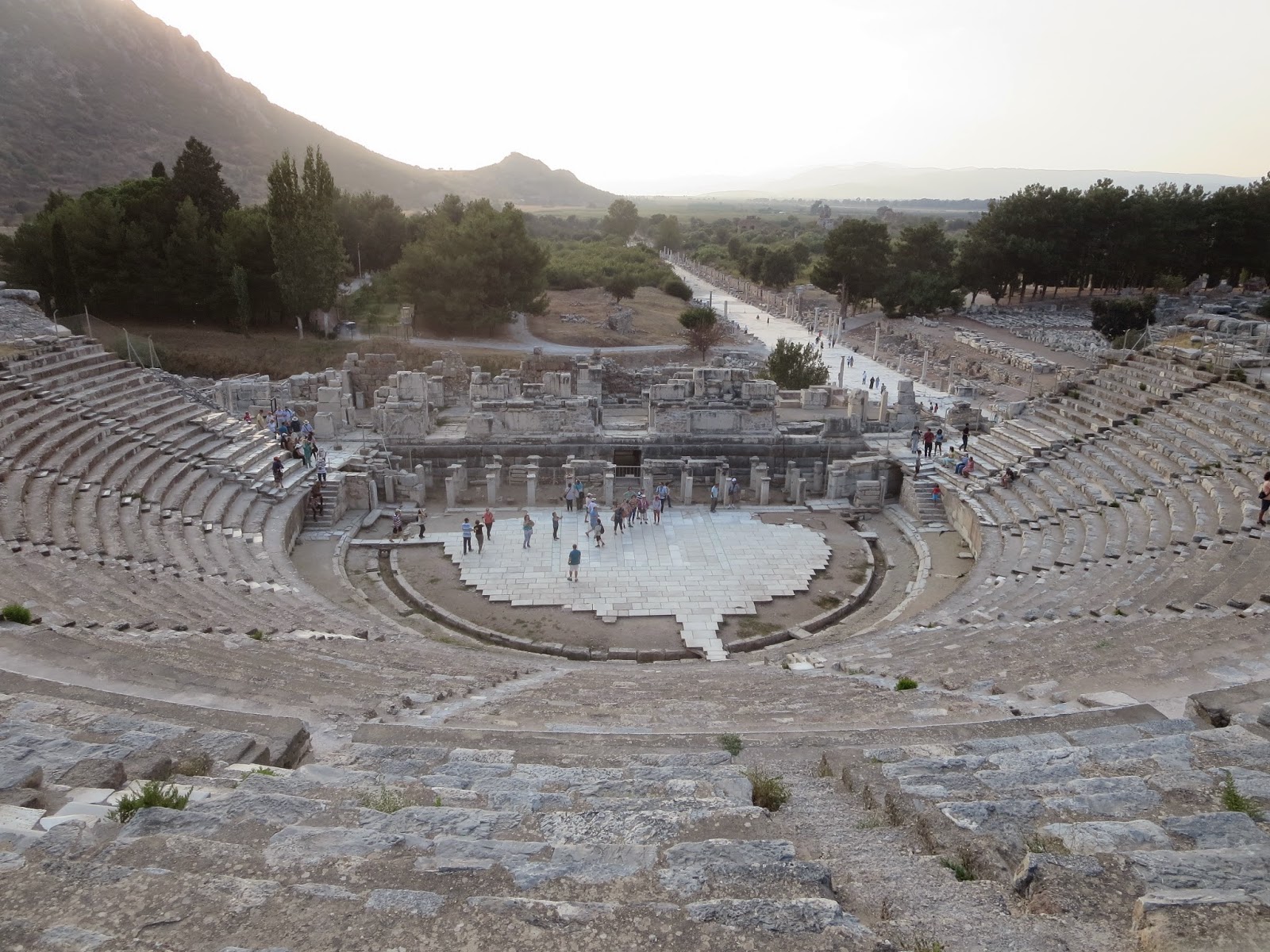 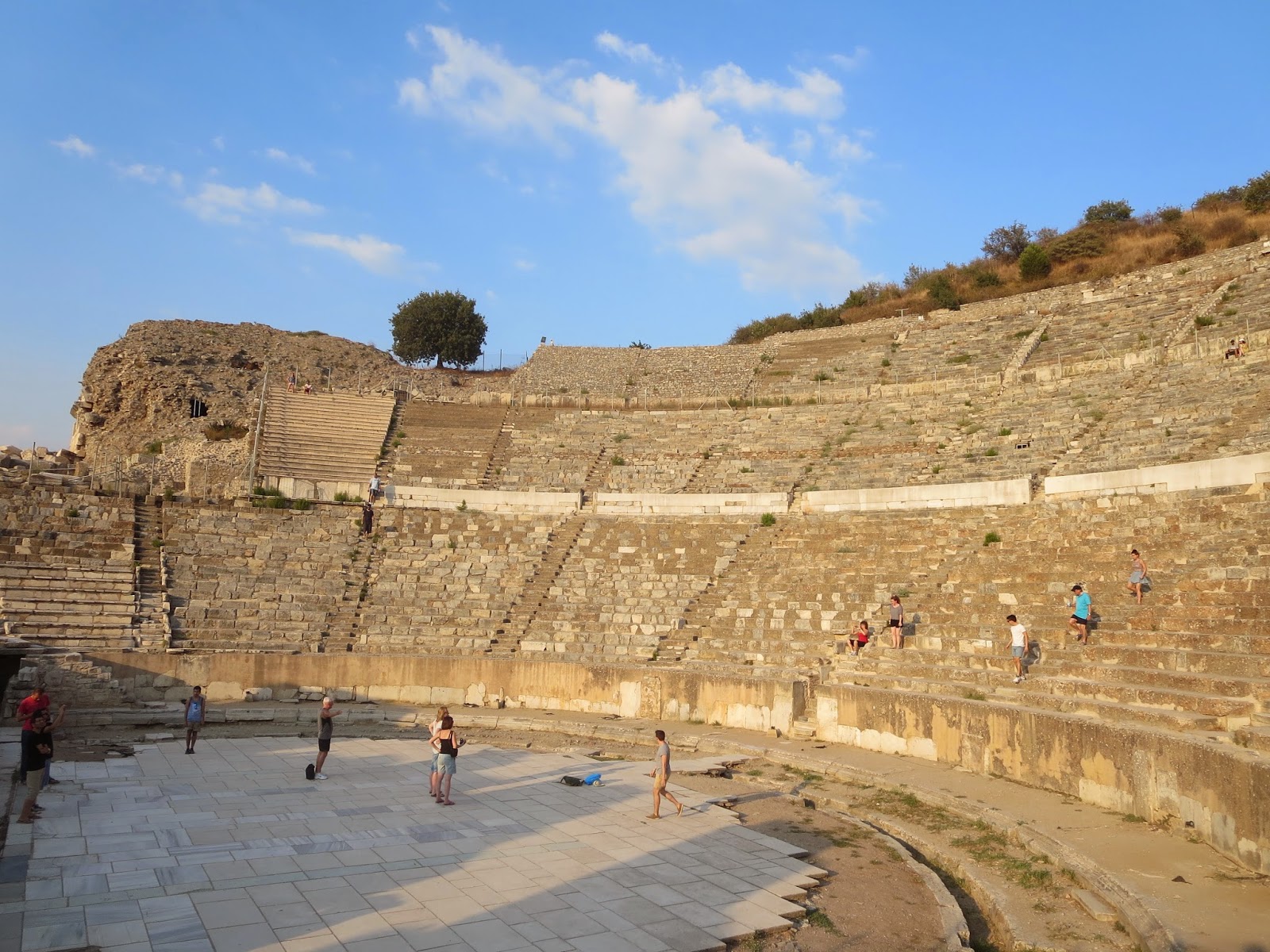 The Odeon - was a small roofed theatre, seating approx 1,500 people 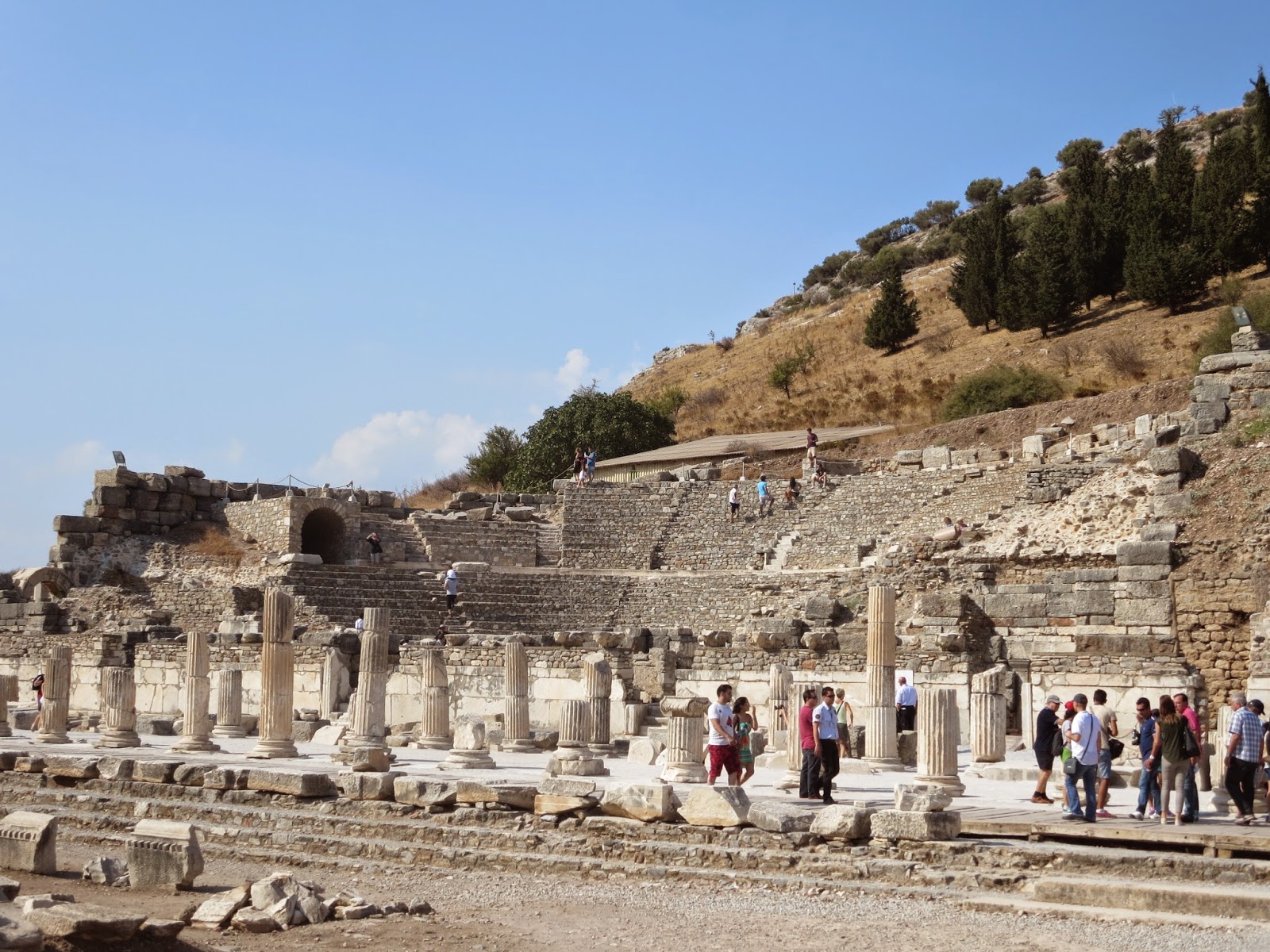 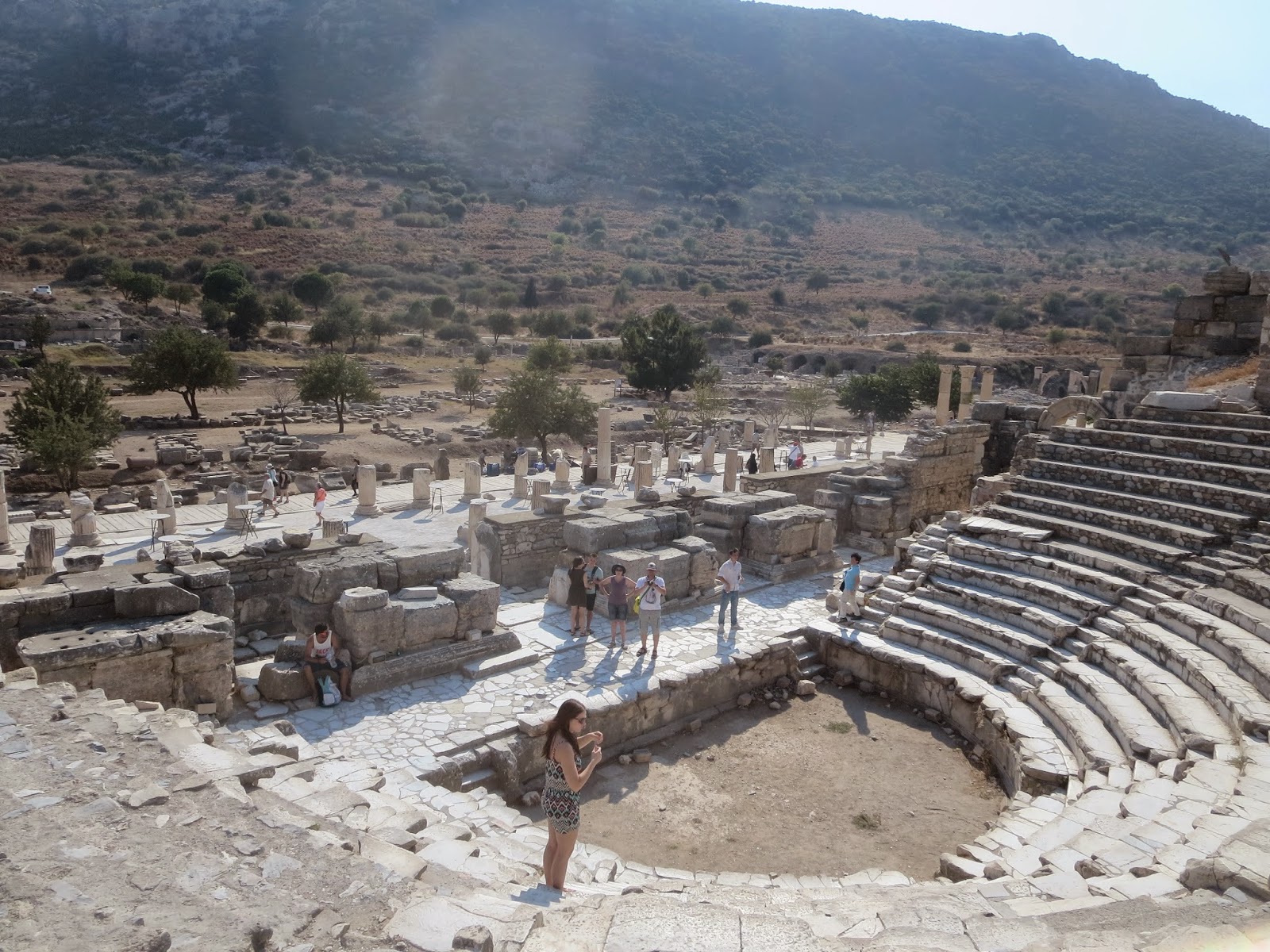 The Temple of Hadrian - built in the 2nd century with detailed reliefs: 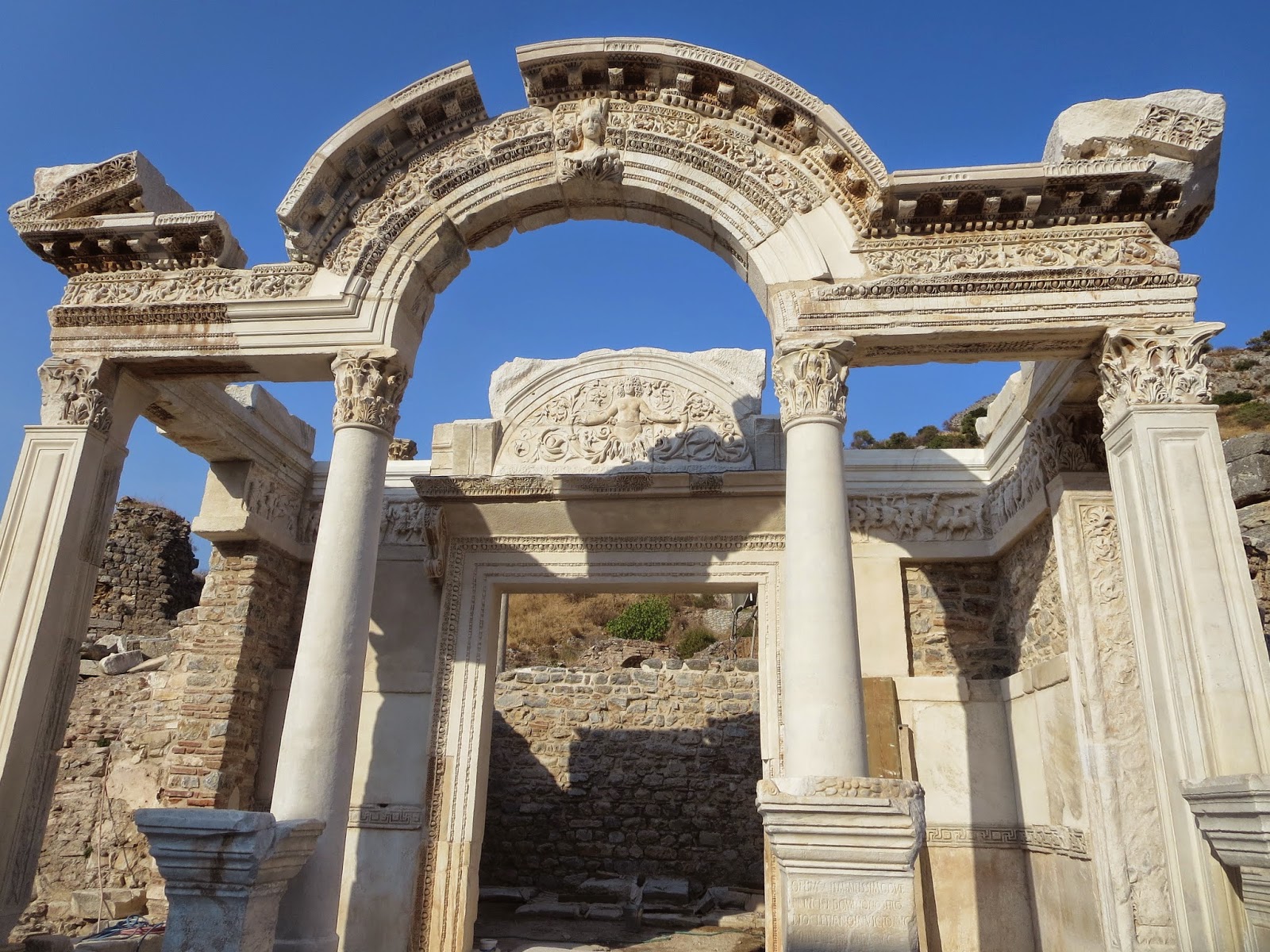 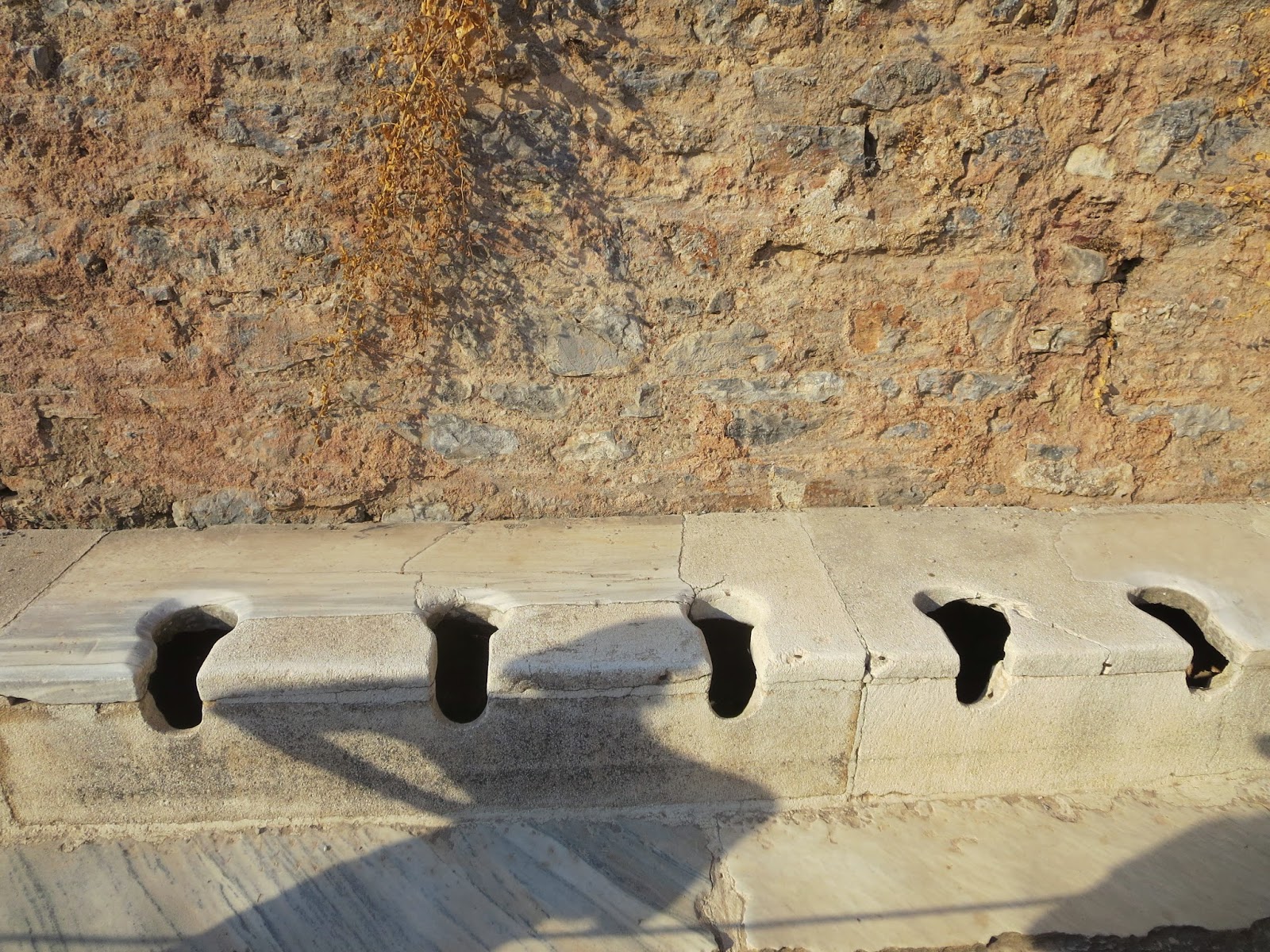 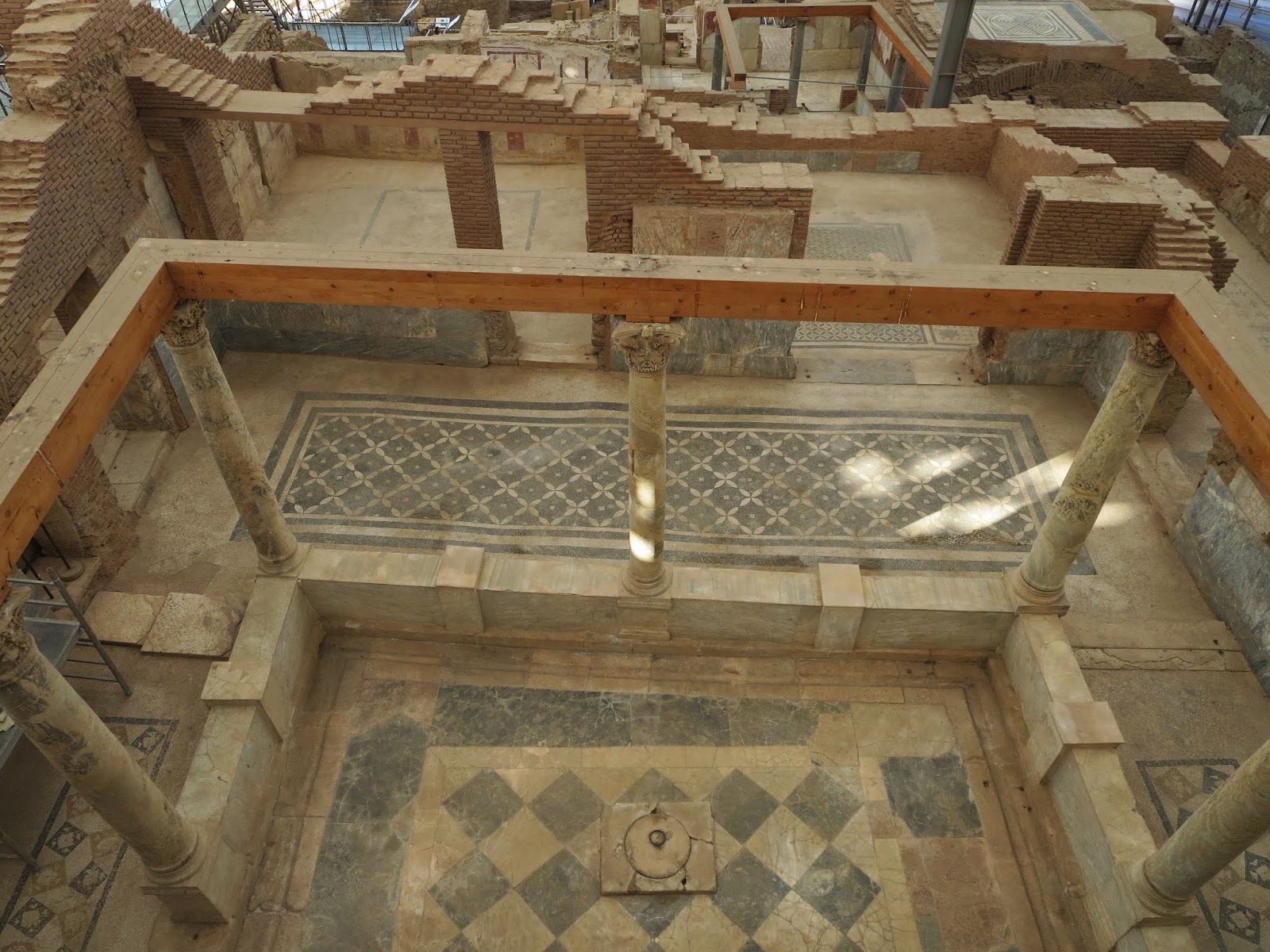 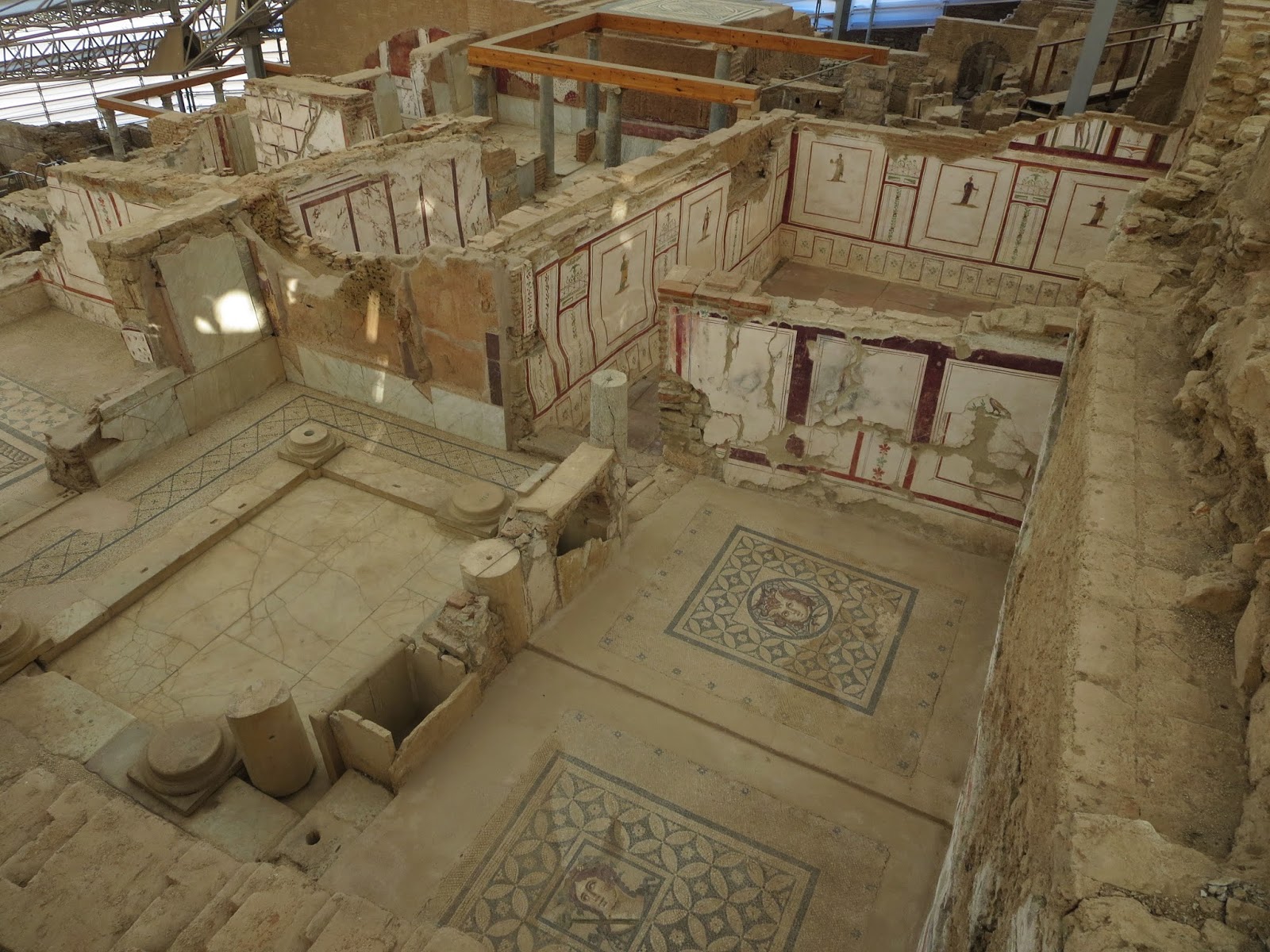 Here’s a good map of the site:

After sating ourselves with ancient ruins we headed back in the fading light to freshen up.


Then we headed out to a local village (Sirince) where we had an evening cooking demonstration by a husband-wife team in their garden dining area. 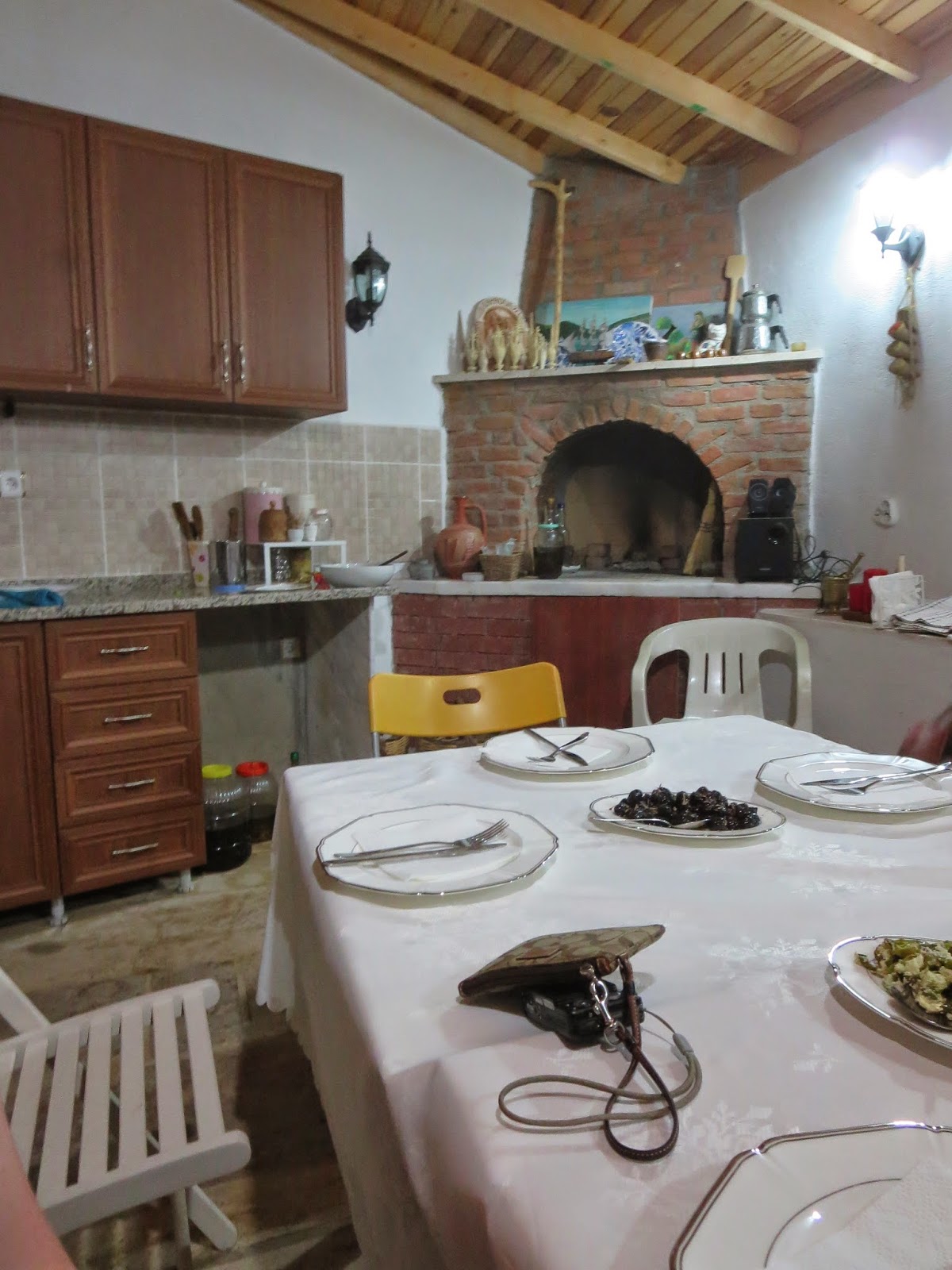 We learnt how to make borek and vegetable moussaka… 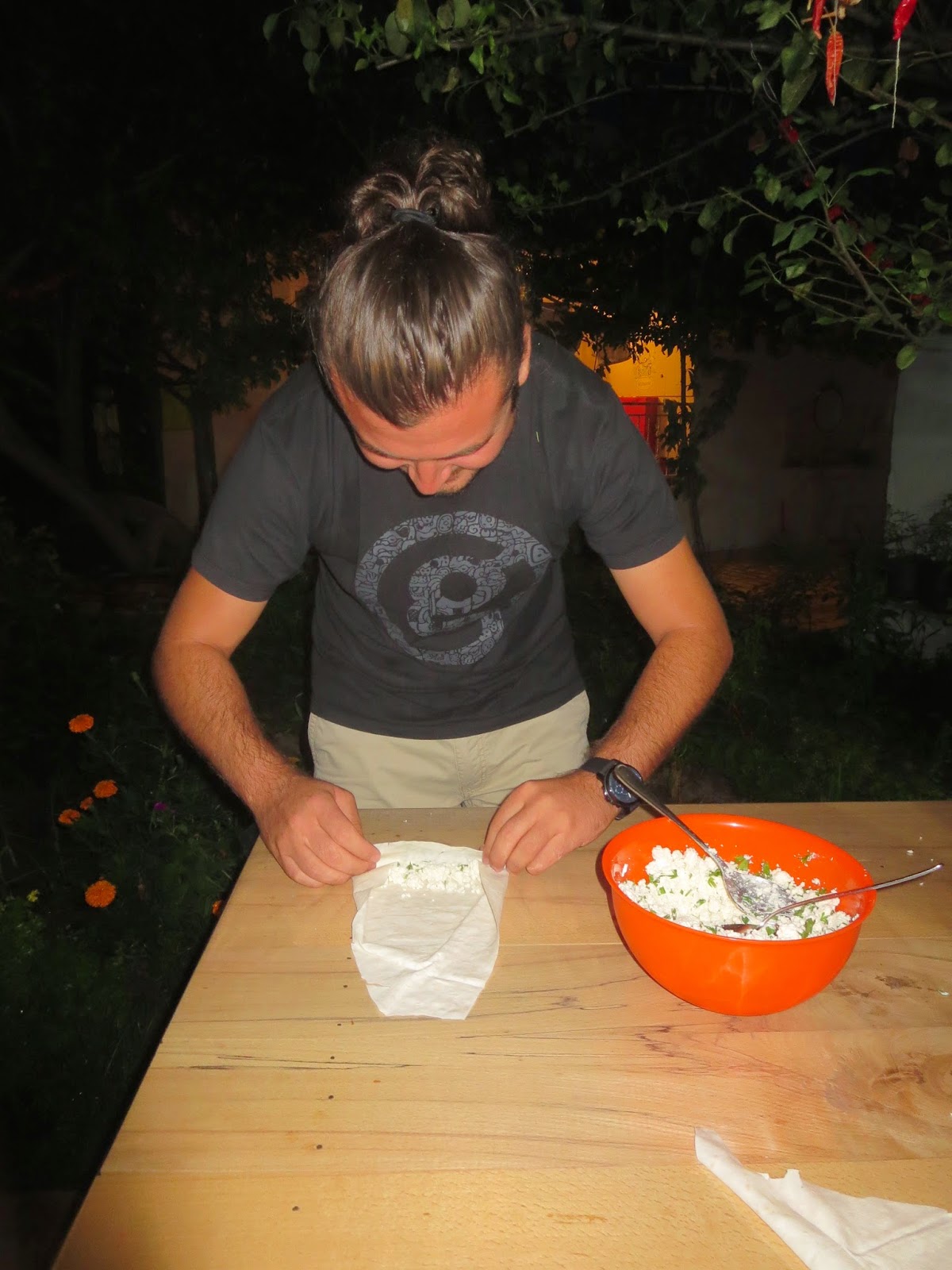 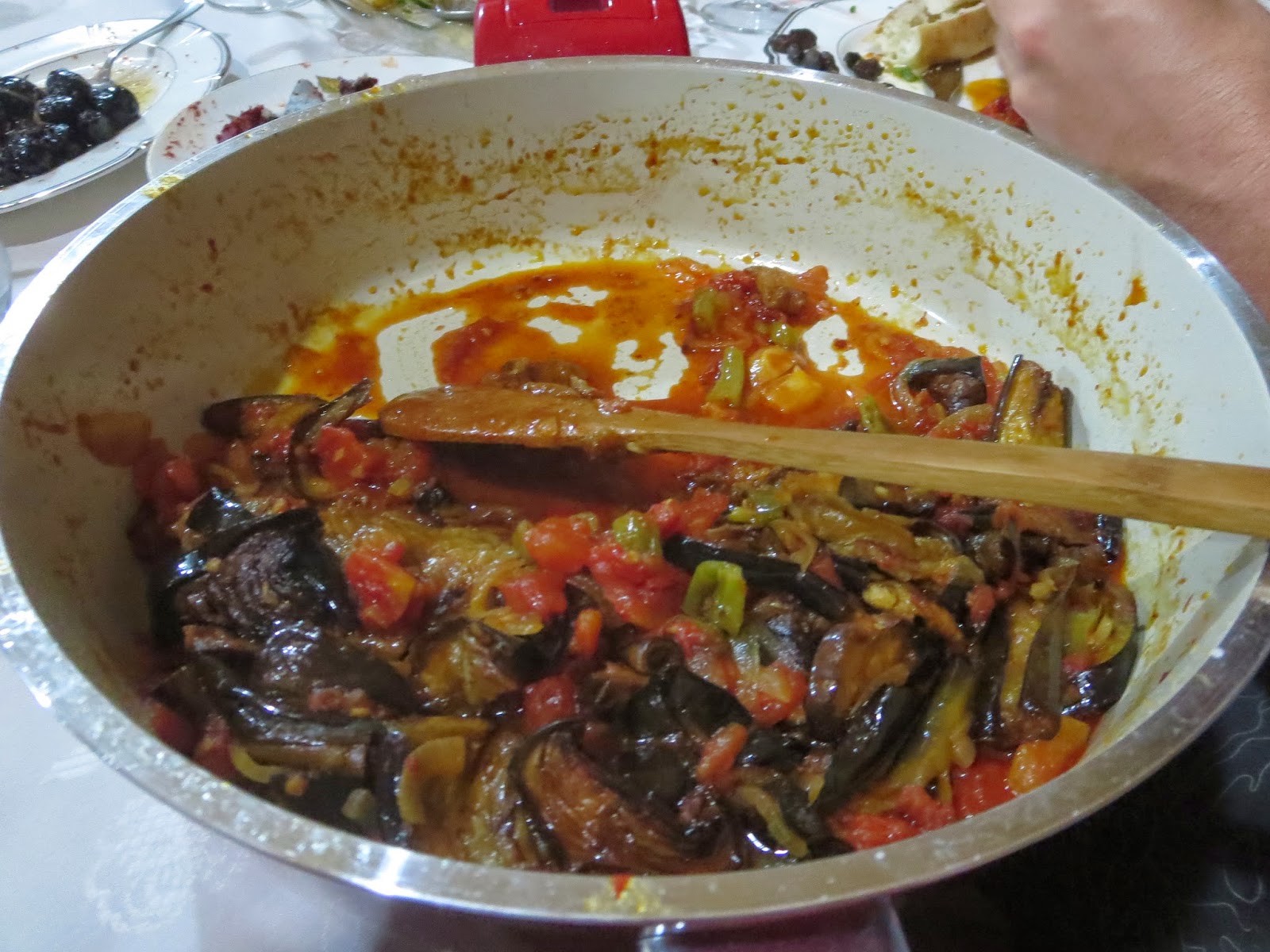 As well as tucking into a feast of other delicious foods… 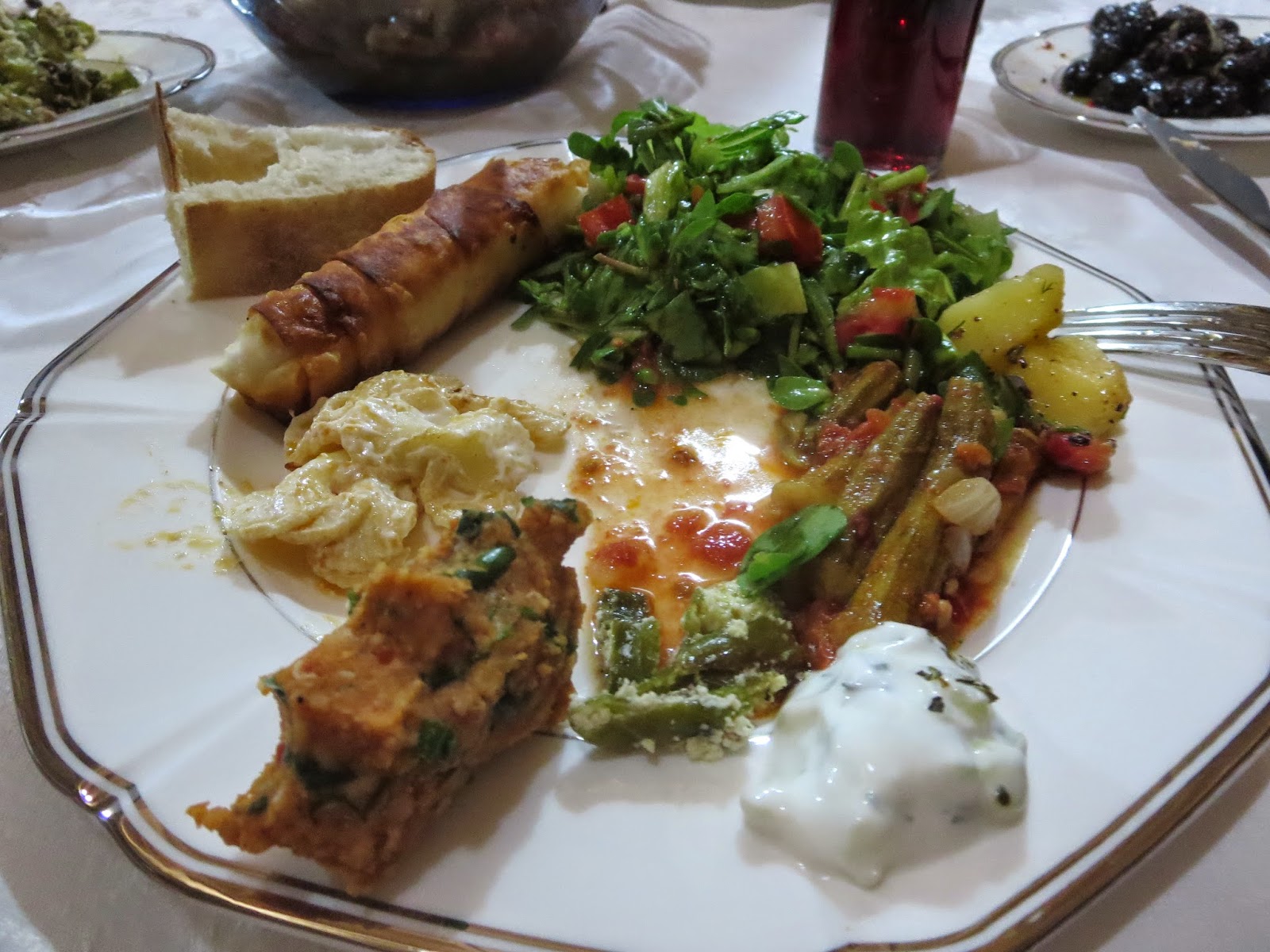 And wine from their neighbour-friend’s vineyard! 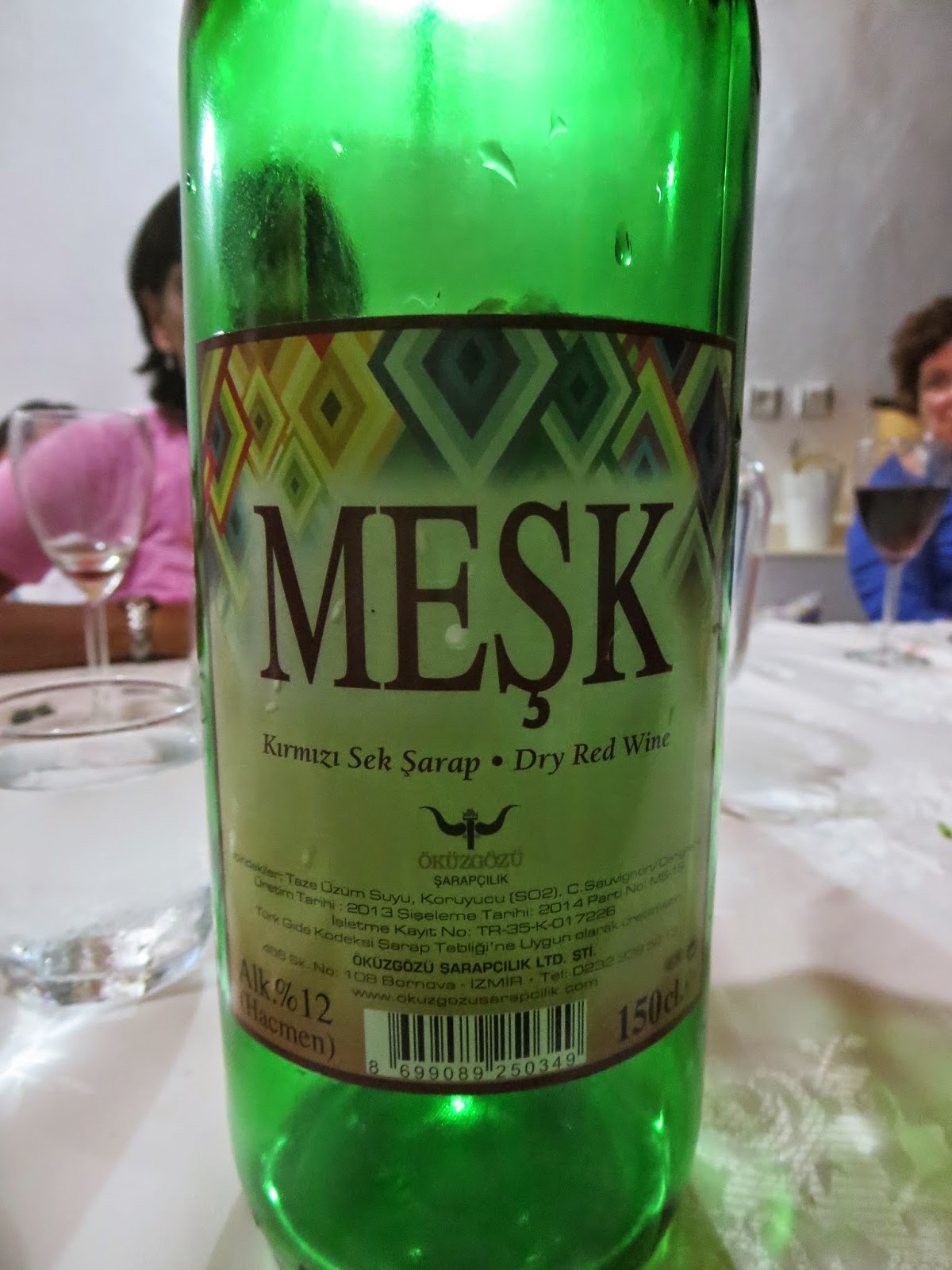 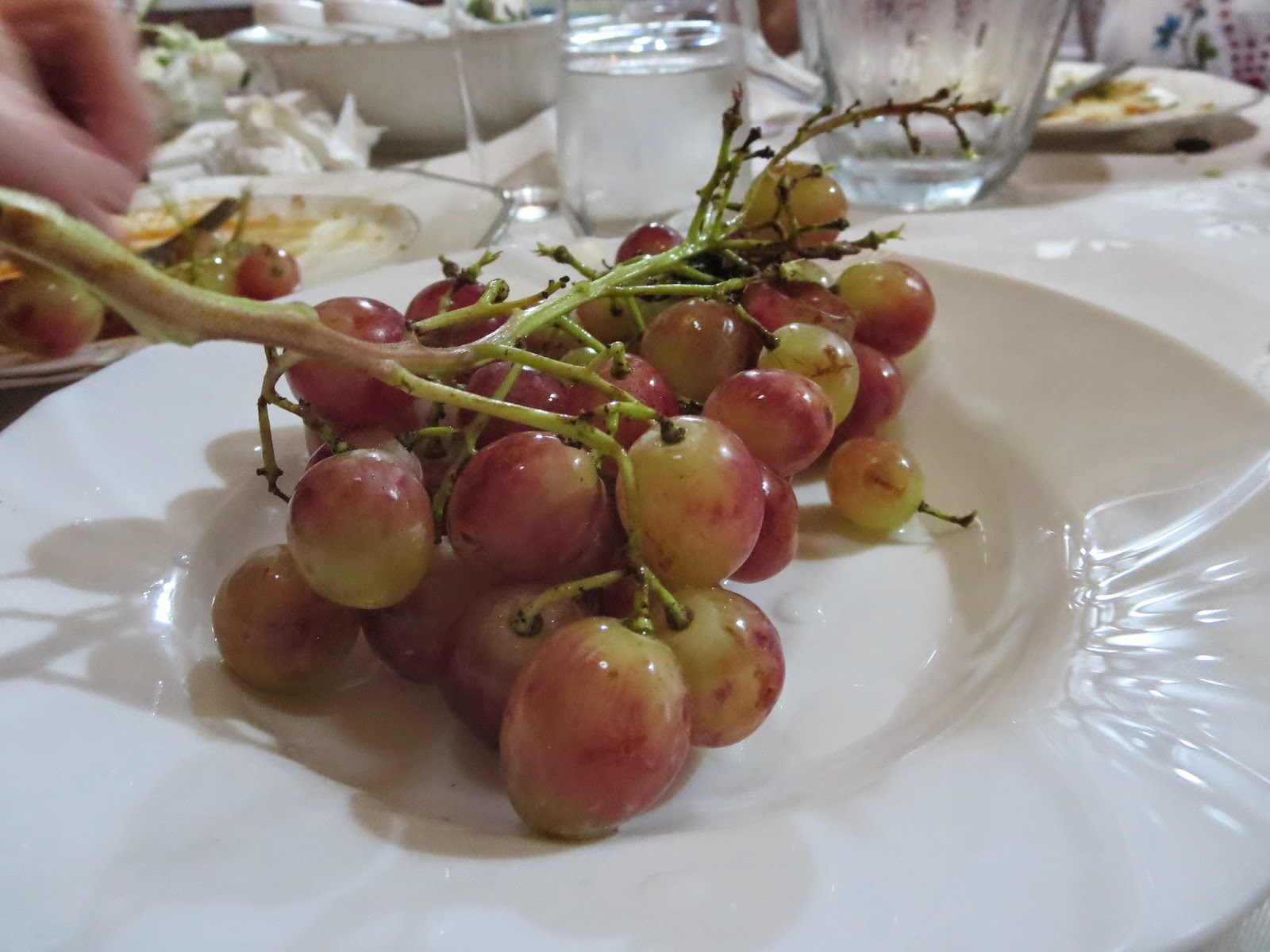 Such a lovely relaxed evening!

Then we headed back into the old part of Selçuk, first for a cheeky stop at a dessert shop... 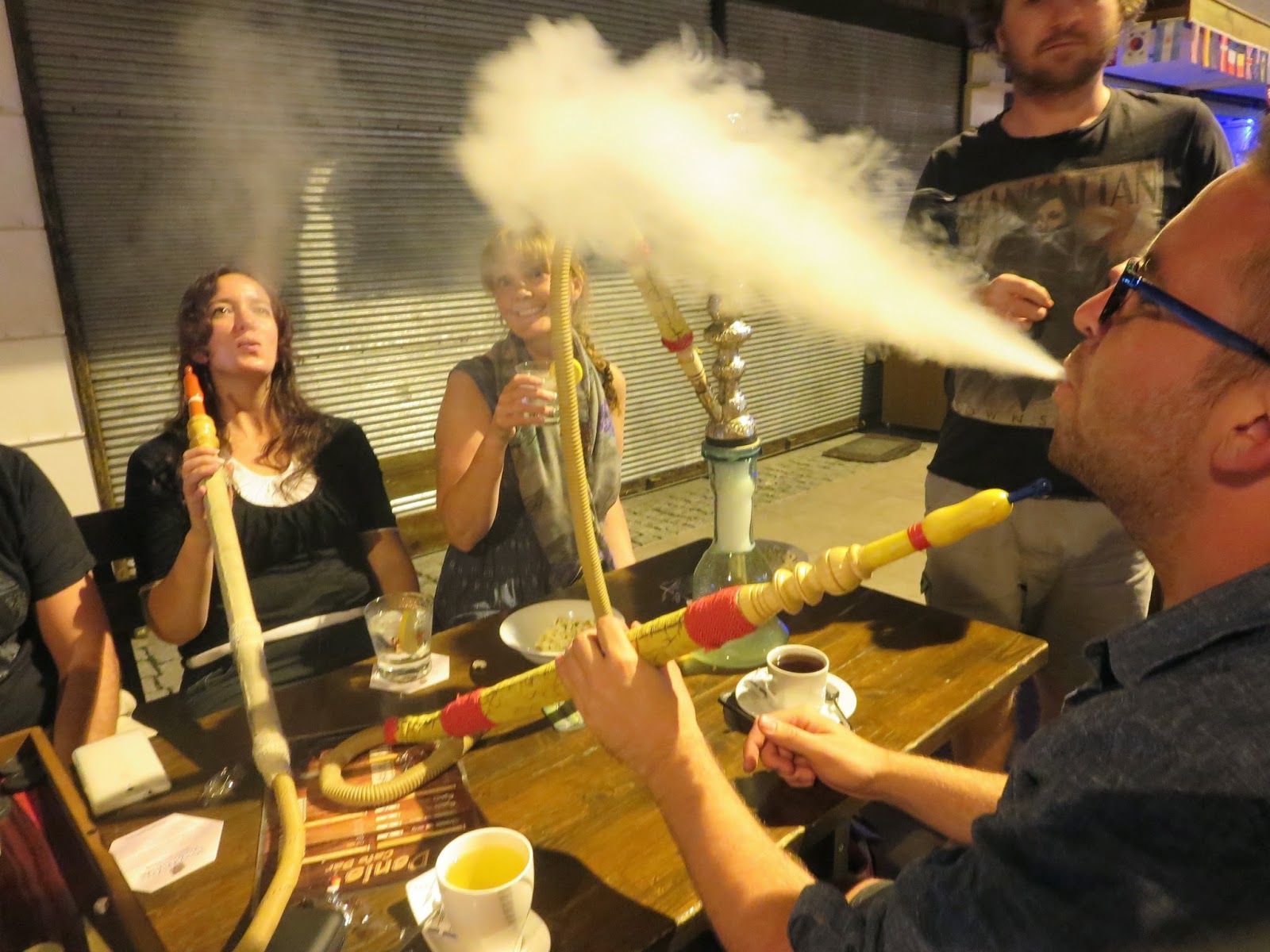 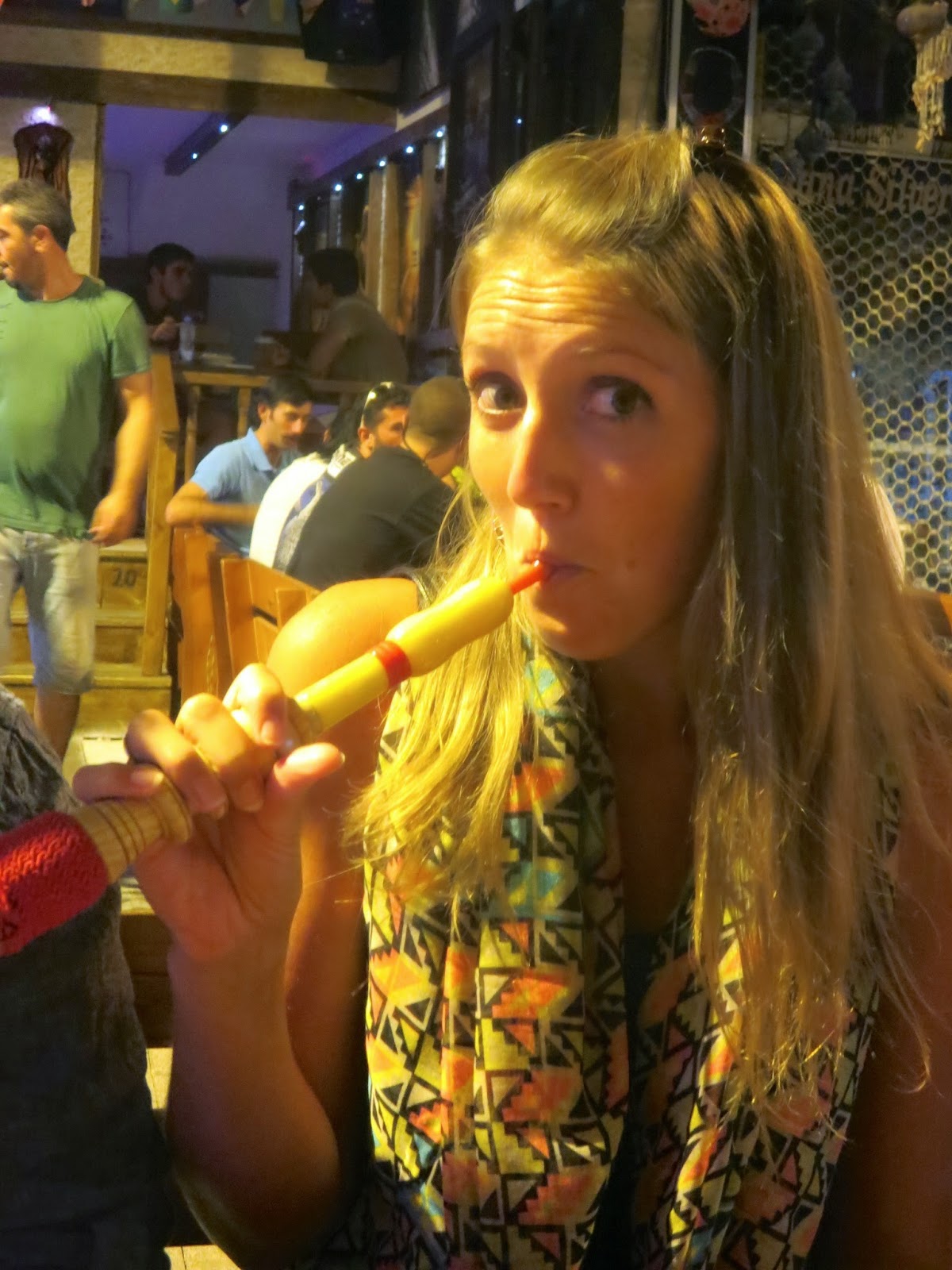 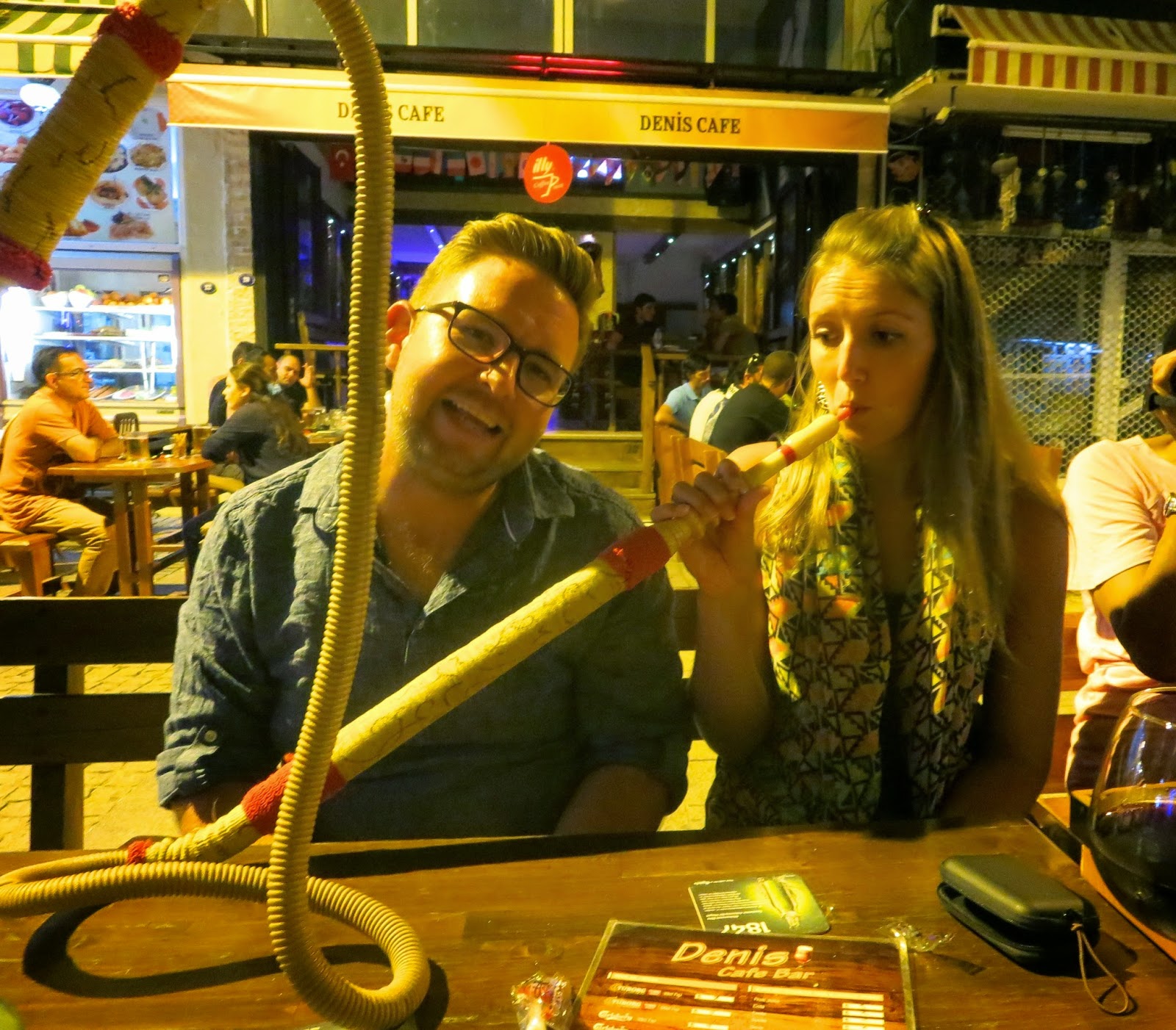 …and leaned to play backgammon in the streets! A game which I didn’t get any better at throughout the holiday!