I’m very lucky because with work I get to travel to some amazing countries. This time it was Seoul in South Korea. A place I knew very little about and so was very excited to visit. I think this lack of knowledge meant that Korea has never appeared on my ‘to visit’ list, despite loving Asia and so I was very curious to see what was on offer. Here are some of my highlights…

Korea (also called Hanguk in South Korea) is divided into two states: North Korea (aka the Democratic People’s Republic of Korea) and South Korea (aka Republic of Korea). It has a interesting history where it was mostly isolated and nicknamed “The Hermit Kingdom” due to its policies. However in the late 19th century Japan colonized it which it remained until the end of WWII in 1945. In 1945 it was split between the USA and Russia’s Soviet Union, dividing the country between two rivaling superpowers who couldn’t agree on the country’s independence. The Cold War only worsened this situation, leading to Korea’s continued division with two different political entities.

Seoul, where I was heading, is the capital and largest city in South Korea. Seoul’s Capital Area is actually the 3rd largest metropolitan area in the world with over 25.6m residents!

This booming city is positioned on the Han River and was founded in 18BC, over 2000 years ago.

It is East Asia’s most visited city and the 4th biggest tourism earner. However it is primarily visited by Chinese, Japanese and Thai tourists rather than Westerners. It did mean I stood out a far bit and attracted some curious looks from kids! However, a lot of people speak English which was great.

Seoul is noted for its population density – almost 2 x that of New York and 8 x Rome!

I was staying in Myeongdong, a shopping and entertainment part of town which I would highly recommend. This downtown area was perfect for a young (okay, young-ish!) foodie like myself.


SIGHTSEEING
It is very easy to get around Seoul. They have a simple subway (well I am used to London’s tubes!) and lots of street signs are helpfully also written in English language. The subway system is actually the busiest in the world, transporting over 8m people per day. 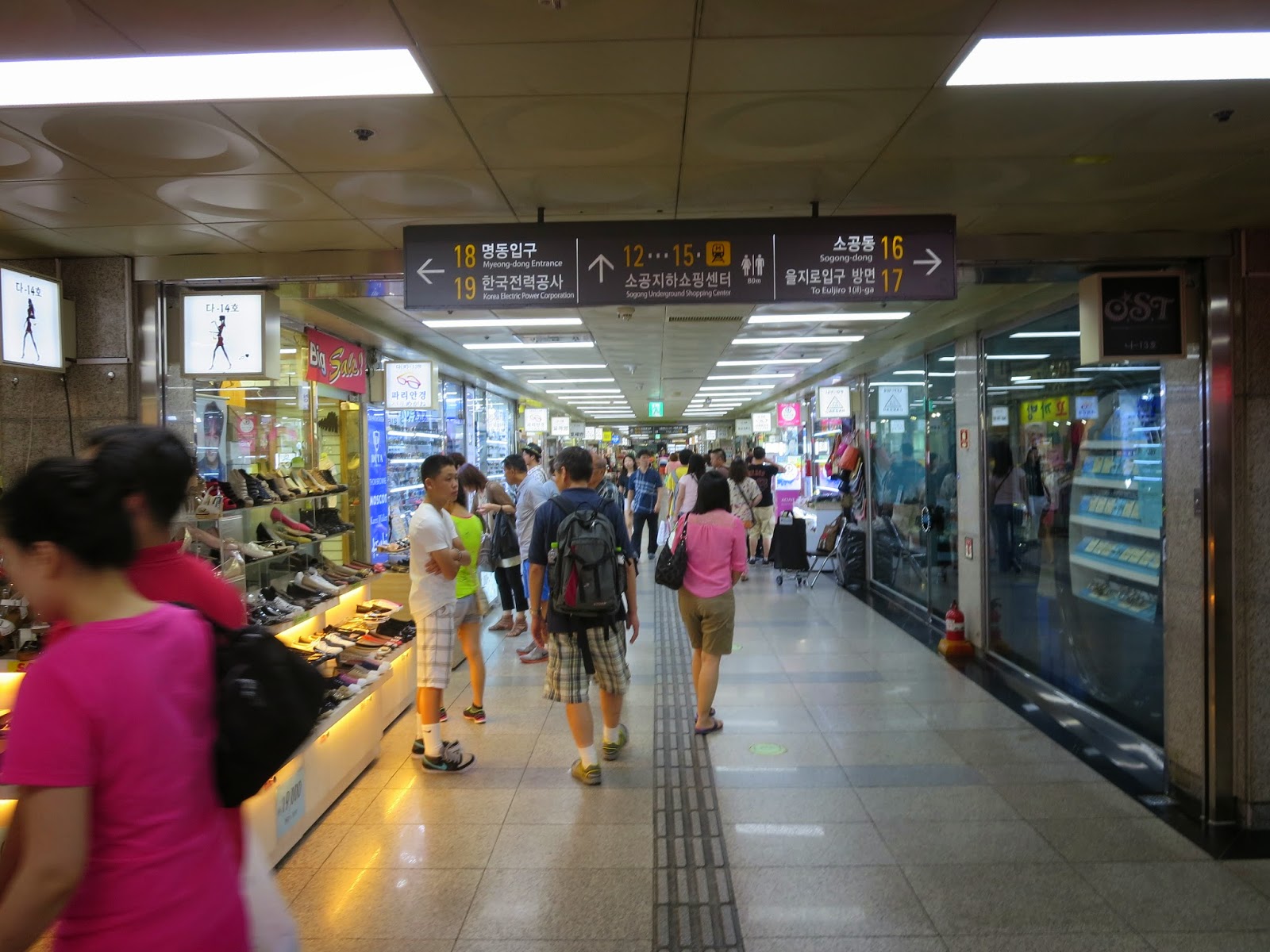 To get into the city from the airport, I’d recommend using the KAL limosine service (a coach transportation costing only 16,000KWN, less than £10)

To kick of my exploration of the city, I decided to do the ultra-touristy but ultra-useful city bus tour. I’m not usually a fan of very touristy things but this is the perfect way to visit multiple sites easily, letting you hop-on and hop-off as many times as you want and picking from a number of different routes, depending on your interest.

There is too much to cram into one day, which is all I really had, so I was selective where I stopped…

Deoksugung Palace (aka Gyeongun-gung): meaning “Palace of Virtuous Longevity” is one of the “Five Grand Palaces” built by the Joseon Dynasty in the city. It was home to various Korean royals until the turn of the 20th century. It also has a impressive changing-of-the-guard ceremony (10.30am, 2pm & 4pm, except Mondays). A lot of the buildings were destroyed during Japan’s colonial time and only 1/3 of the structures remain now. 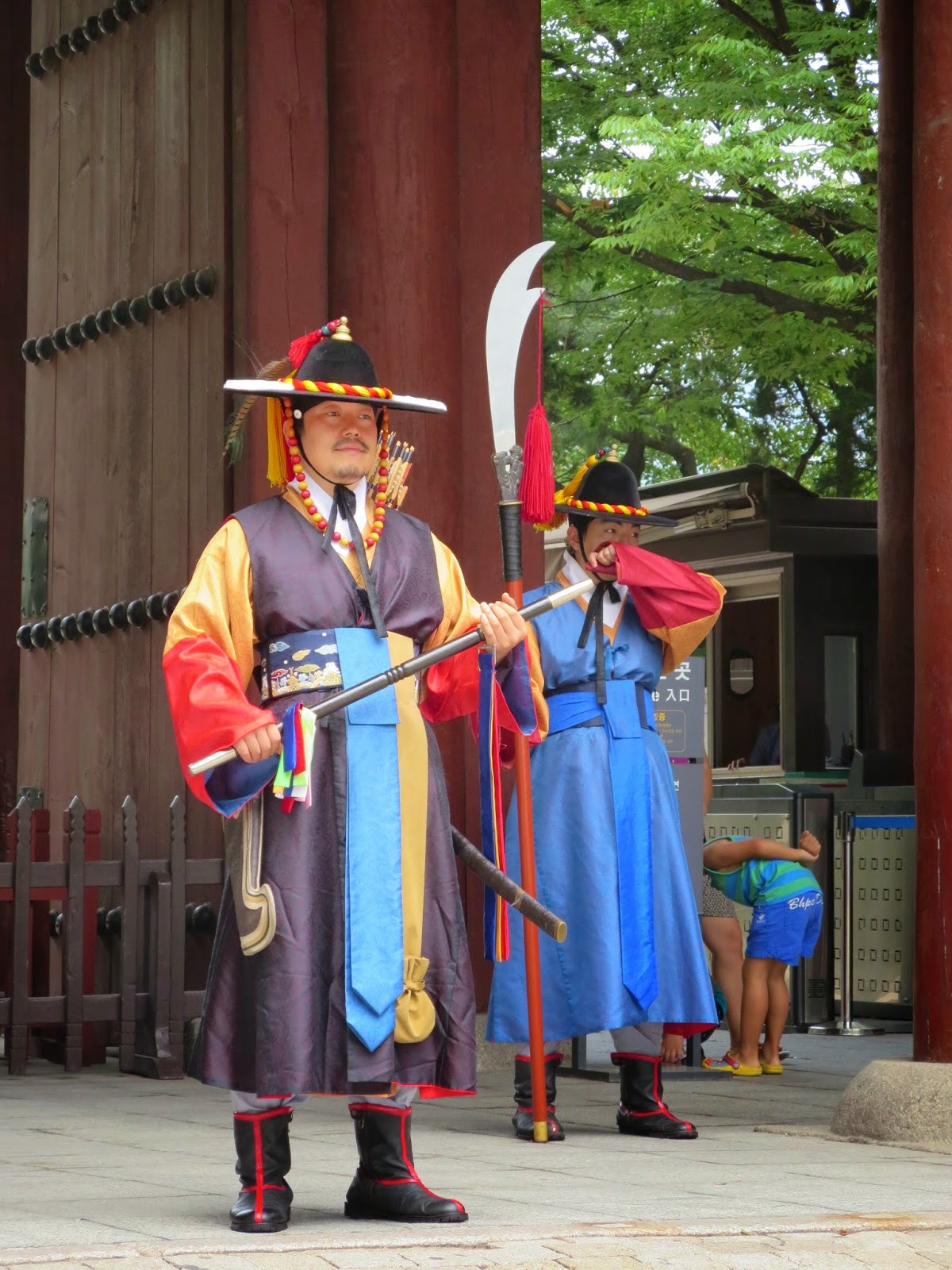 Namsangol Hanok Village (aka "A Village of Traditional Houses in the Namsan Valley” houses 5 traditional Korean houses (hanok) from the Joseon era have been restored to share the original atmosphere, furniture and activities of the times. I was offered a free tour by a student (a government service requirement of school kids). He walked me through the gardens and homes pointing out the traditional items and sharing the history and types of people who would have lived in these upper class homes. 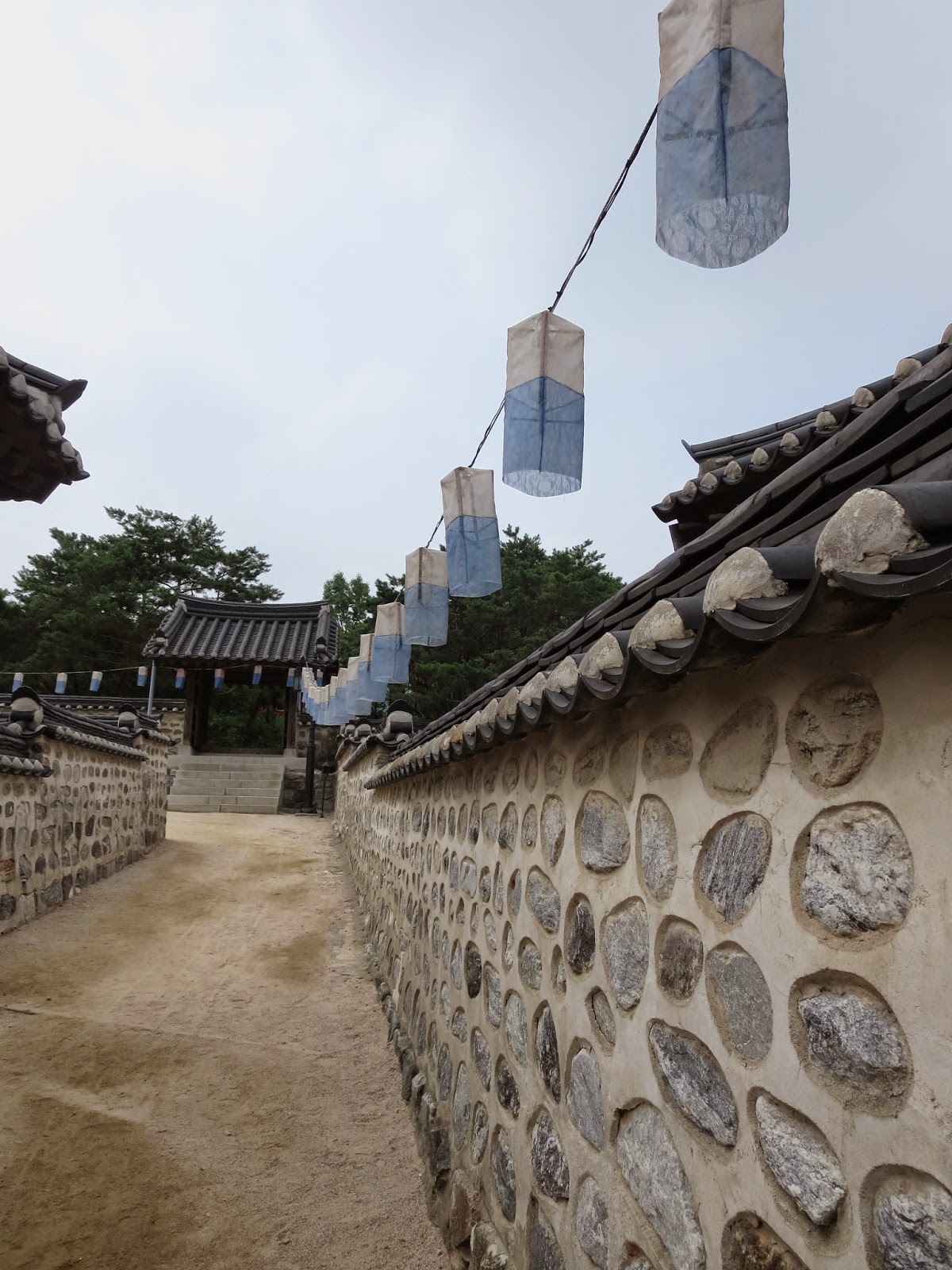 Namsan & N Seoul Tower: This iconic tower is located on Namsan Mountain and marks the highest point in Seoul. Many tourists get the cable car up the mountain, but I was on the bus so just hiked up the short remaining distance. It was built in 1969, costing approx 2.5million USD and opened to the public in 1980.

It’s 236.7m tall and so should give stunning views over the city, however it was very cloudy and humid when I visited so it wasn’t the best weather to appreciate the panoramic scenery. The observation deck is not the only attraction inside – there are also shops and restaurants.

There are also hundreds of lovelocks all along the tower fences. 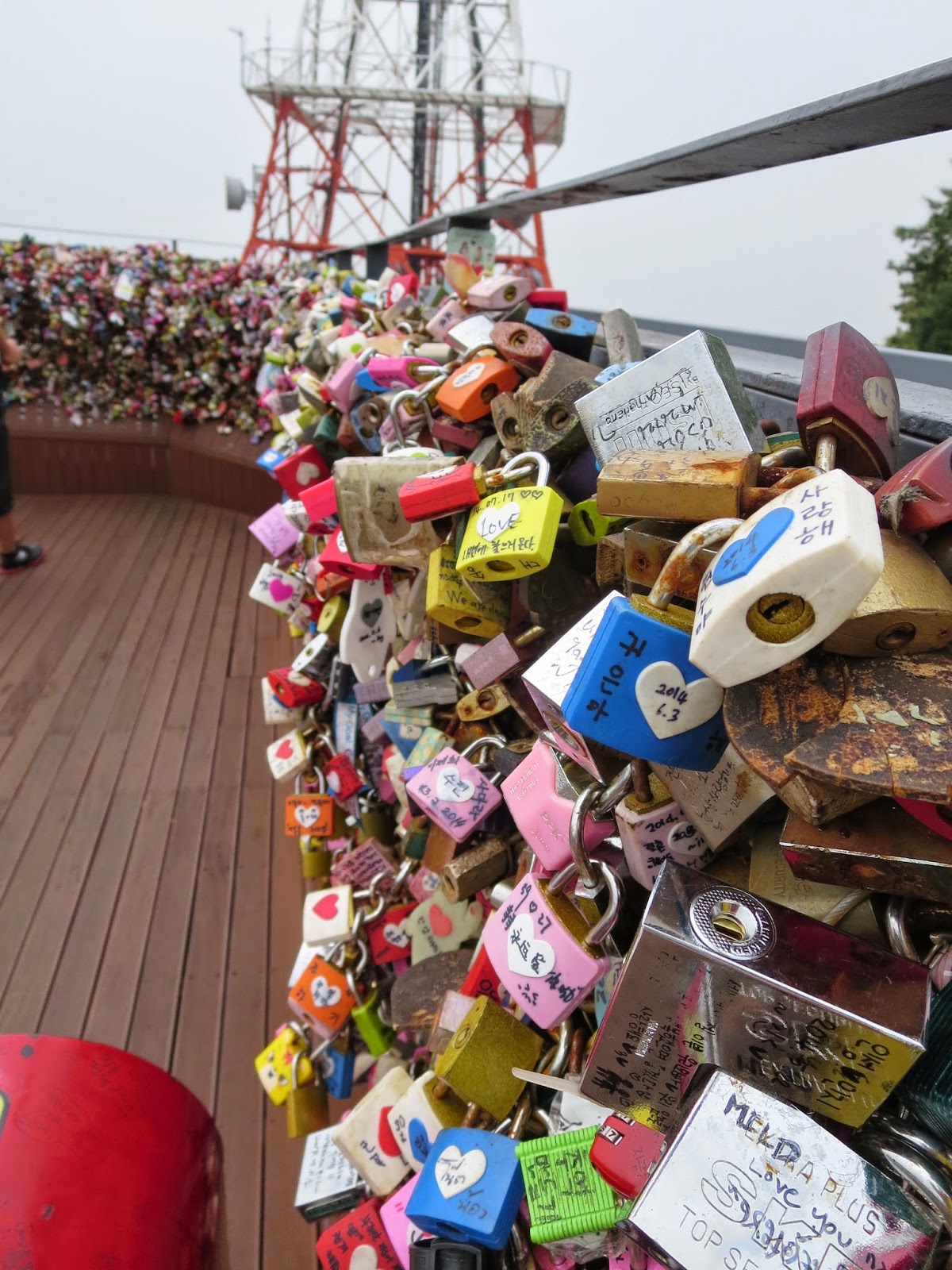 Gwanghwamun: the main and largest gate of Gyeongbokgung Palace, is a landmark and symbol of Seoul’s long history as the Joseon Dynasty capital.

Wongudan Altar (aka Hwangudan) was built in 1897 as a site for the ritual performance of the rite of Heaven.