Posted by The Hungry Traveller on 16:10 in Europe Food Travel | Comments : 0

Unfortunately we’d reached the last day of our trip so we headed out early to ensure we squeezed in everything else we wanted to do.

Following the hotel receptionist’s advice to avoid the Acropolis first thing (because everyone goes then), we started off at the Ancient Agora.

The Ancient Agora used to be Athens’ marketplace and where Socrates shared his philosophy. 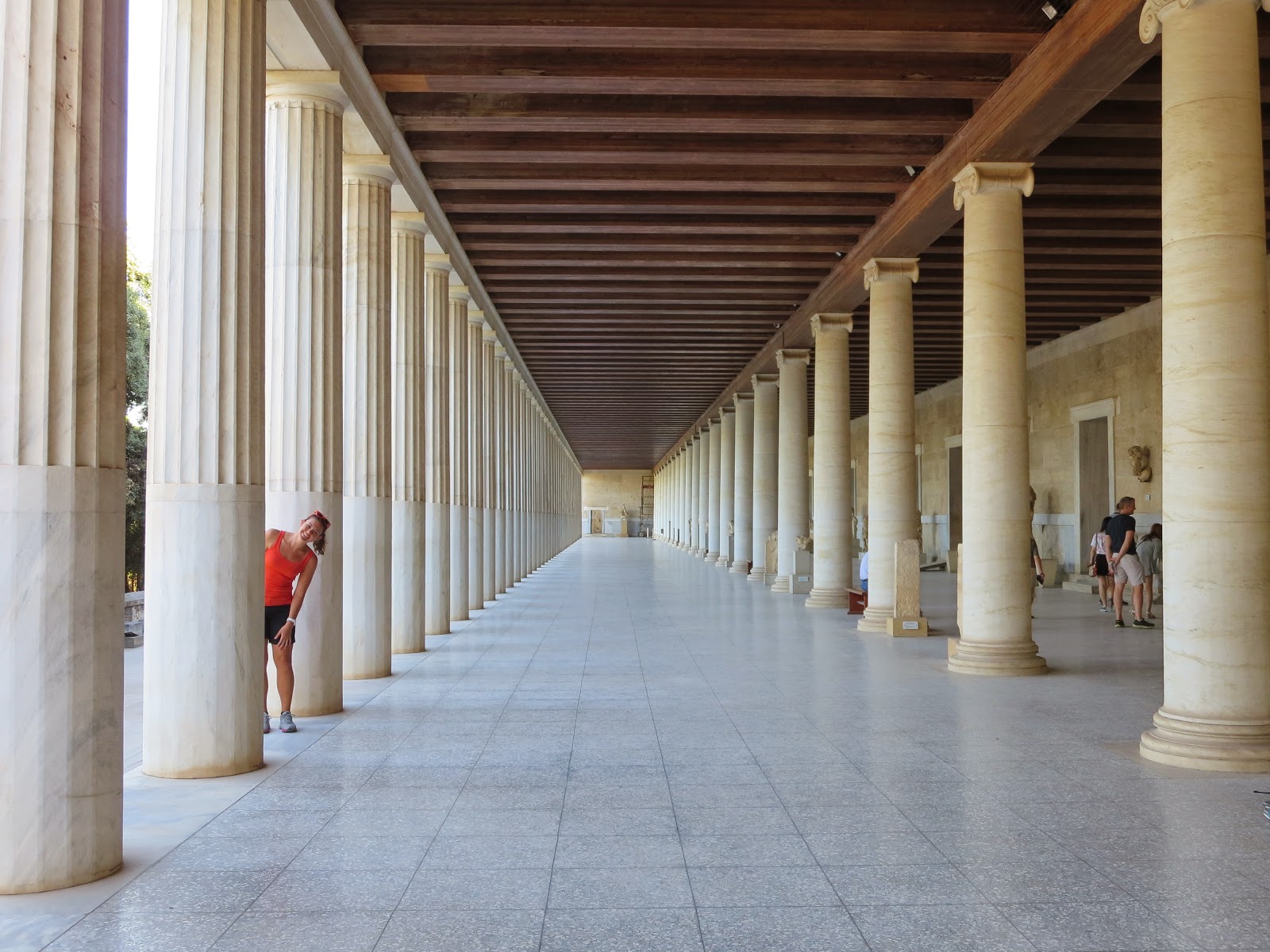 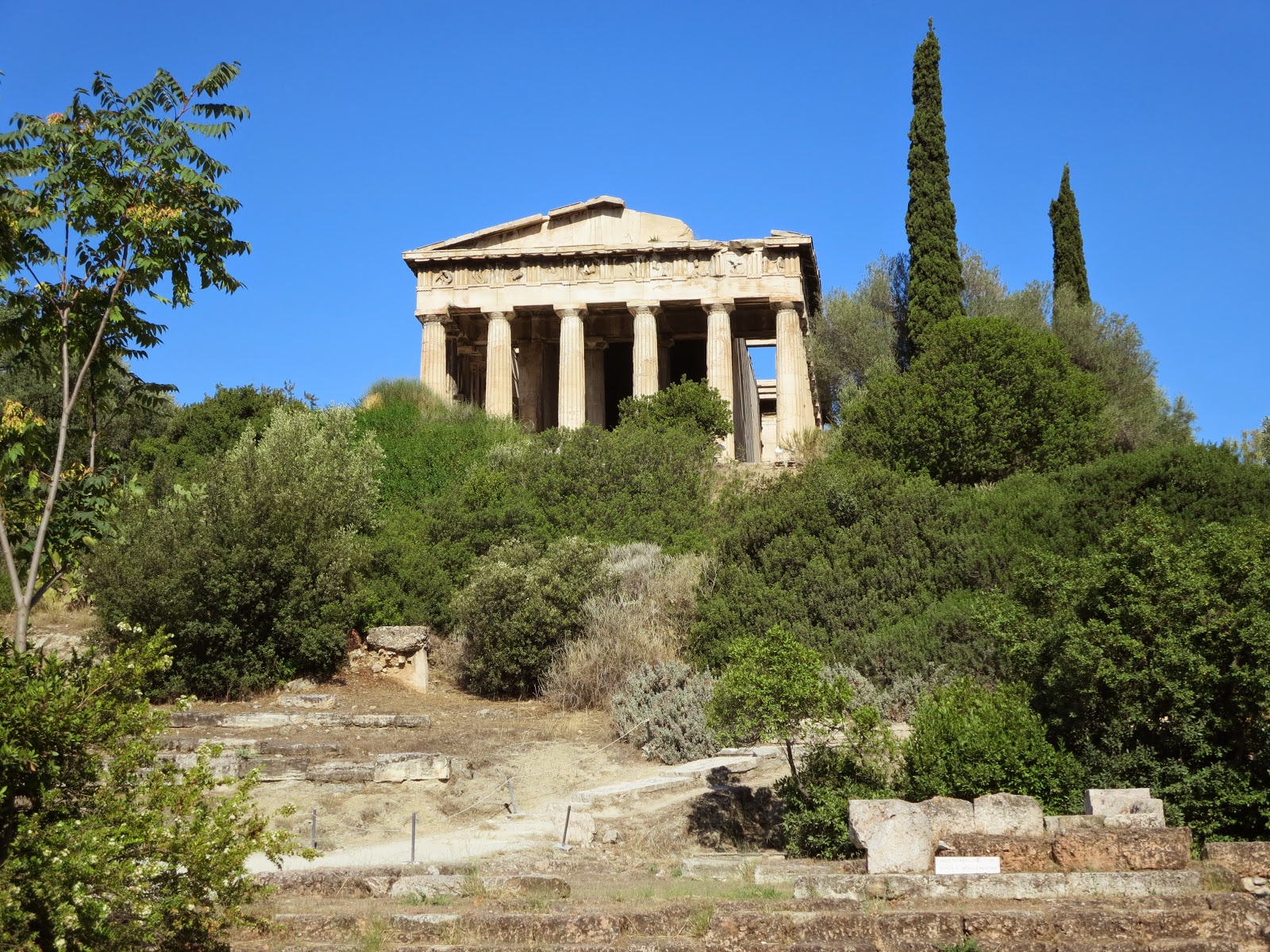 There are a number of well-preserved ruins in this site, including: the Temple of Hephaestus, the Church of the Holy Apostles and the reconstructed Stoa of Attalos. 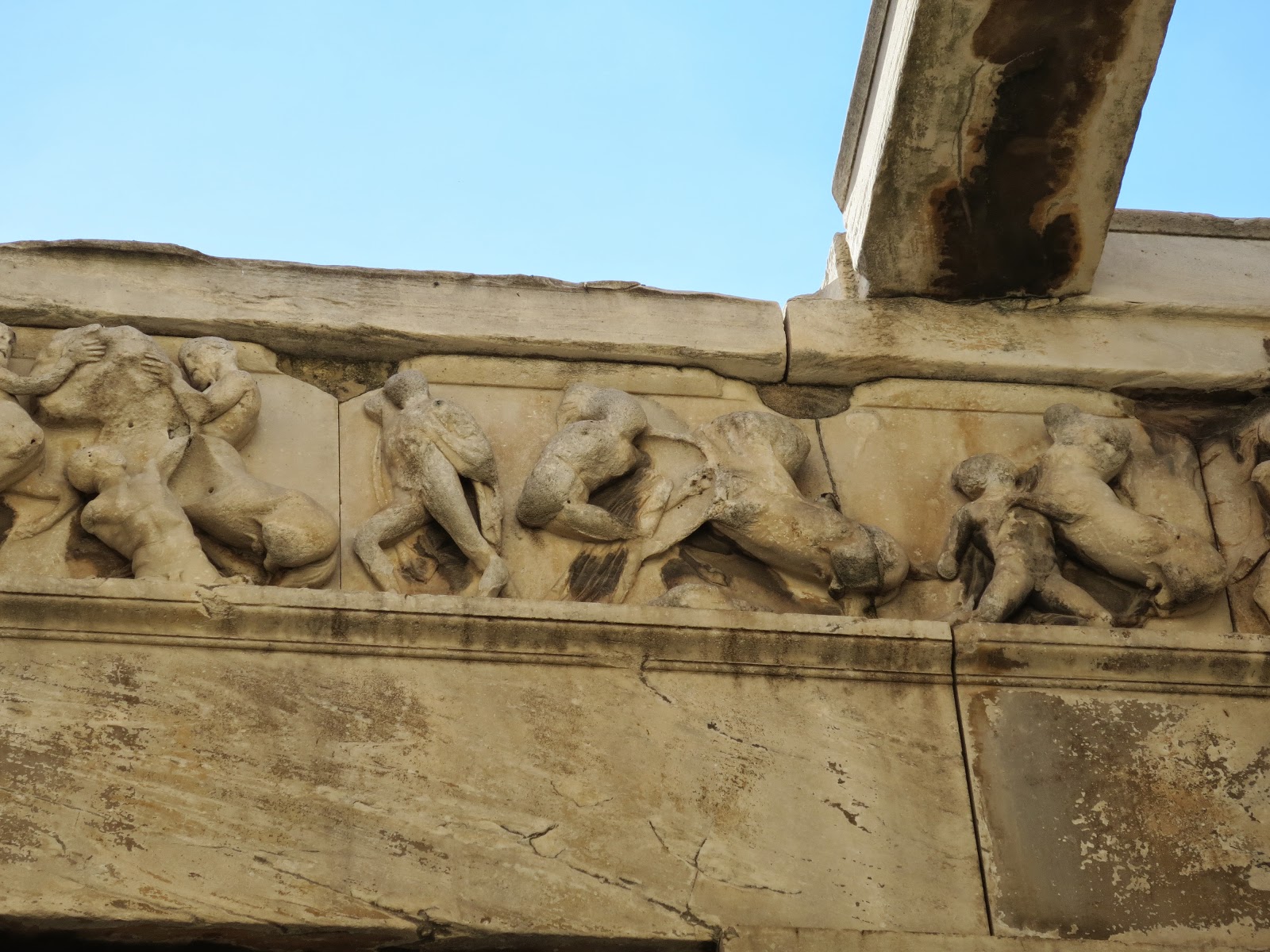 Despite our early start the ruins were already hot work!

Next up was the Roman Agora, housing the ‘Tower of the Winds’ which was built in 1st century BC by Andronicus (a Syrian astronomer).

Then we headed to the Parliament building for the Sunday 10.30am changing of the guard ceremony. Unlike other days, on Sunday, a whole platoon of the evzones (guards) march down Vasilissis Sofias to the tomb, accompanied by a band.

In need of breakfast we grabbed a snack of Koulouri, an Athenian breakfast-on-the-go, a circle of tasty dough covered in sesame seeds.

It was just what we needed to fuel us for our trek up to the Acropolis to view the infamous Parthenon.

This hill-top sight housed locals from the Neolithic times, with the first temples built during the Mycenaean era to honour the goddess Athena. In 510 BC the Delphic oracle stated that only gods should live on the Acropolis so the residents moved down into where Athens city is today. The Persians destroyed most of the buildings during the Battle of Salamis (480 BC) before the city was rebuilt, largely of temples.

Despite the midday heat and the crowds, it was worth it!

The Parthenon, undergoing never-ending restoration work, is imposing and beautiful. 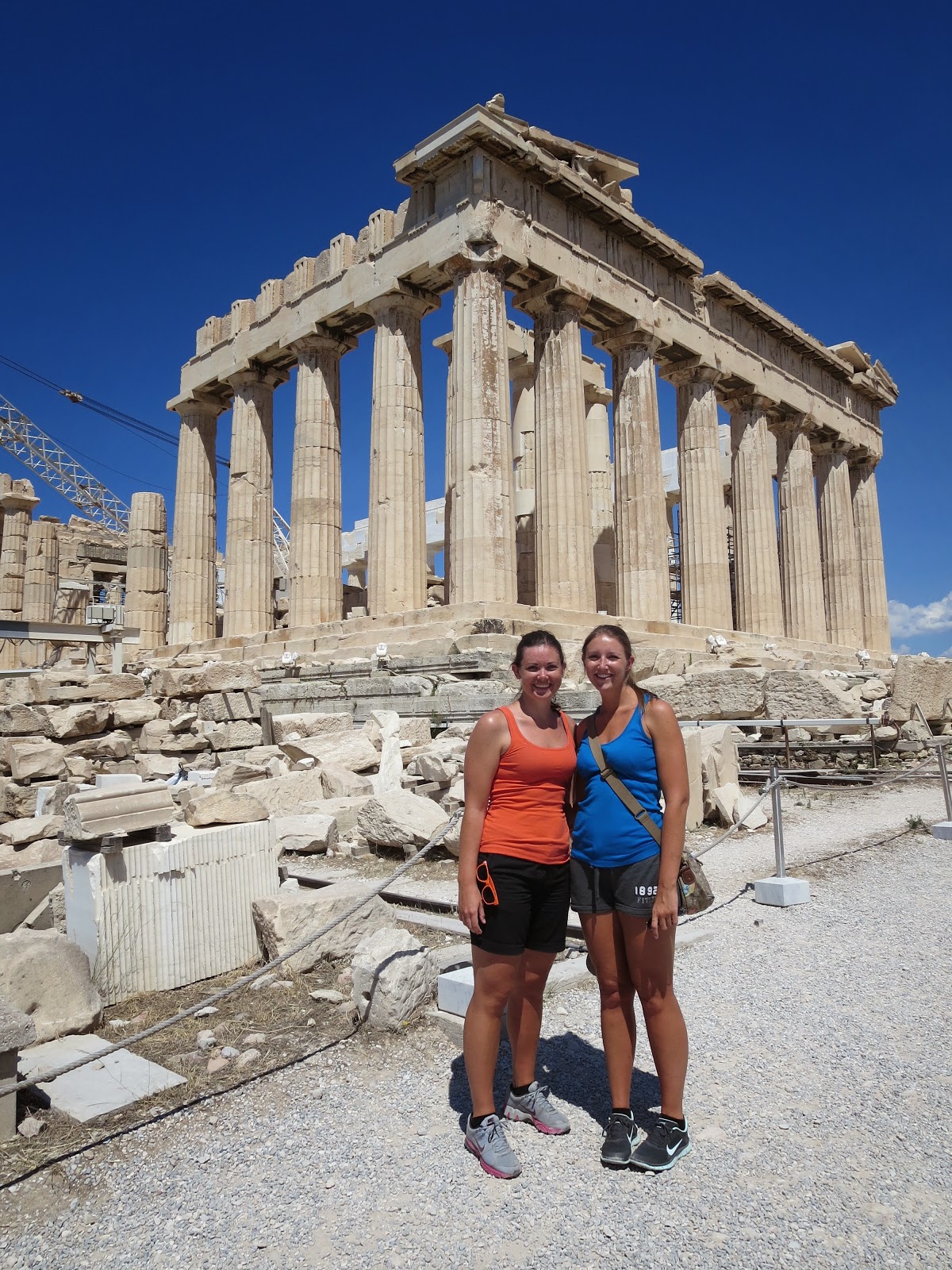 It was completed in 438 BC and to achieve the impression of perfect form, the columns are narrower at the top, whilst the bases curve upwards slightly at the ends - all to make the columns look straight.

The Parthenon was originally built to house a large gold-plated 12m high statue of Athena and to serve as the city’s treasury. However in 426 AD the statue was taken to Costantinople where it disappeared.

There were impressive views back over the city as well, we even got a glimpse of the sea in the distance.

Also on the site is the Erechteion with the plaster casts of six maidens holding one side (five of the originals are in the Acropolis Museum and one is in London).

After admiring everything we headed back to Plateia Monastiraki for a cold drink - I also managed to get a photo with a kebab chef!

Next up was a visit to Monastiraki's flea market:

Then we just had time to head to a fast food place to indulge in our new favourite one last time - pork gyros! Delcious!!

Then it was off to the airport to head home. A random welcome greeted me back in Munich as Germany won the World Cup as I walked home from the station - a night of partying across the city and country ensued!