Posted by The Hungry Traveller on 19:02 in Germany Travel | Comments : 0

Munich’s first backyard flea markets started in Schwabing, in keeping with the district’s bohemian atmosphere. It’s been running since 2000 and other neighbouring districts have started to copy. It’s essentially an opportunity for all the area’s residents to set up a stall in their apartment’s courtyard / garden and sell their unwanted junk. It’s yet another example of how much Germans love to recycle!

It’s an annual occasion when neighbours socialise with each other, over cake, coffee and second-hand items…having a similar vibe to our British street parties. It’s a pleasant, friendly atmosphere with different generations chatting, selling and shopping. Most people don’t make a lot of money, it’s more a social event and a great opportunity to meet locals as well as see lots of apartment courtyards - usually not accessible to non-residents.

Approx 250 apartment buildings across Schwabing register (a huge growth from the 33 that registered for 2000’s first event) and you can tell who is participating from the balloons hung outside.

It’s very much a Munich thing - not many other European cities have backyard markets on this scale. It’s a great way to see the city in a different way, exploring your neighbourhood and the bric-a-brac on offer. Most of the items are junk - old clothes, trinkets, shoes, toys and books, but there are some hidden gems such as vintage gramophones or rare vinyls.

I explored with a friend, and whilst we didn’t buy anything, we did have great fun making up stories about the sellers from their wares! 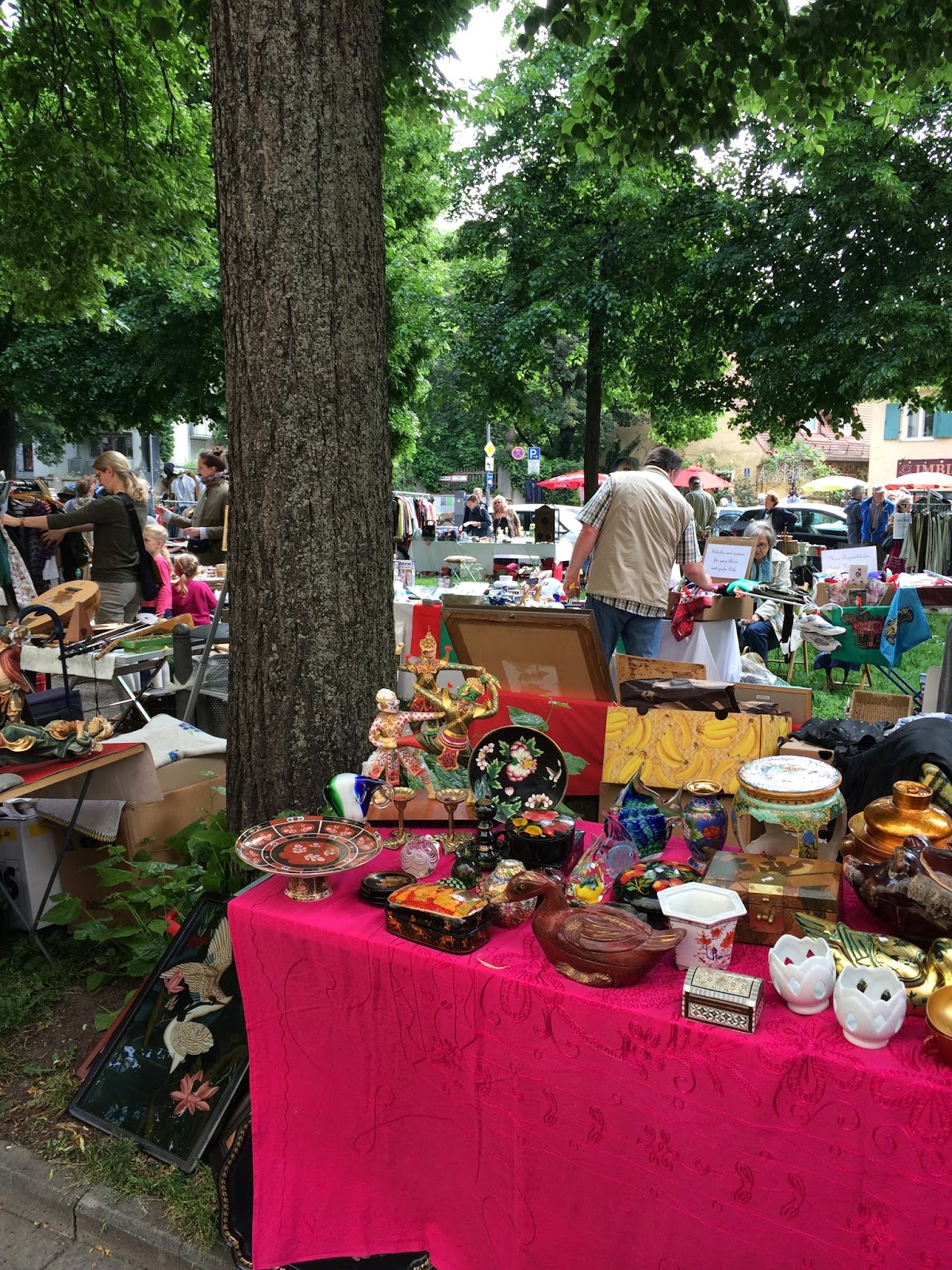 After a lunchtime refuel at Barer 61 (great for different types of warm sandwiches), we headed into the old city for some Saturday afternoon shopping.

However, we were distracted by a German band playing loudly on the pavement of Luidwigstrasse. So we stopped to listen (& even dance!), noting the beers accompanying the players. 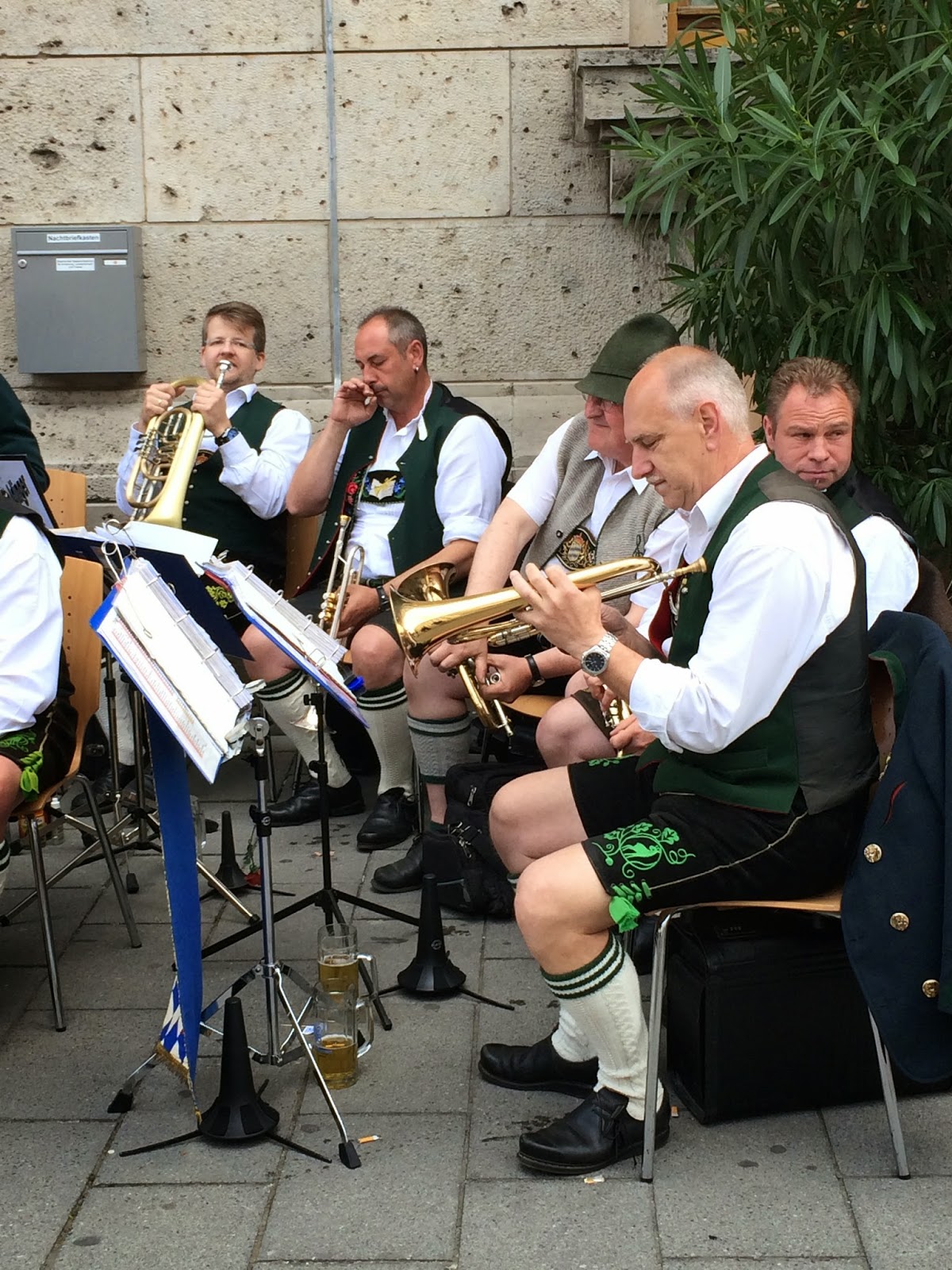 Curiosity raised, we noticed that it was for a local agricultural event so headed into the building behind the band. There was a random assortment of stands…we saw baby animals - including hatching chicks:

The Queen of Asparagus! (such an honour, I’m sure)

And also learnt how white asparagus is grown…essentially a bin bag is laid over the ground stopping the (green) asparagus from getting light and growing above the ground so it gets fatter, harder and doesn’t turn green. A very educational afternoon!  Fortunately I could 'understand' the German explanation as Mama Bear and I had already researched this after eating yummy white asparagus over Easter...