Posted by The Hungry Traveller on 21:36 in Food Germany Travel | Comments : 0

The Saturday adventures in Munich continued...this time on the south of the city!I met up with a local girl that my mum had met whilst travelling in Central America (it's definitely a small world!). We walked past the Müllersches Volksbad (one of Europe's most beautiful swimming baths) which I've now definitely put on my ever-growing "To Visit" list.. 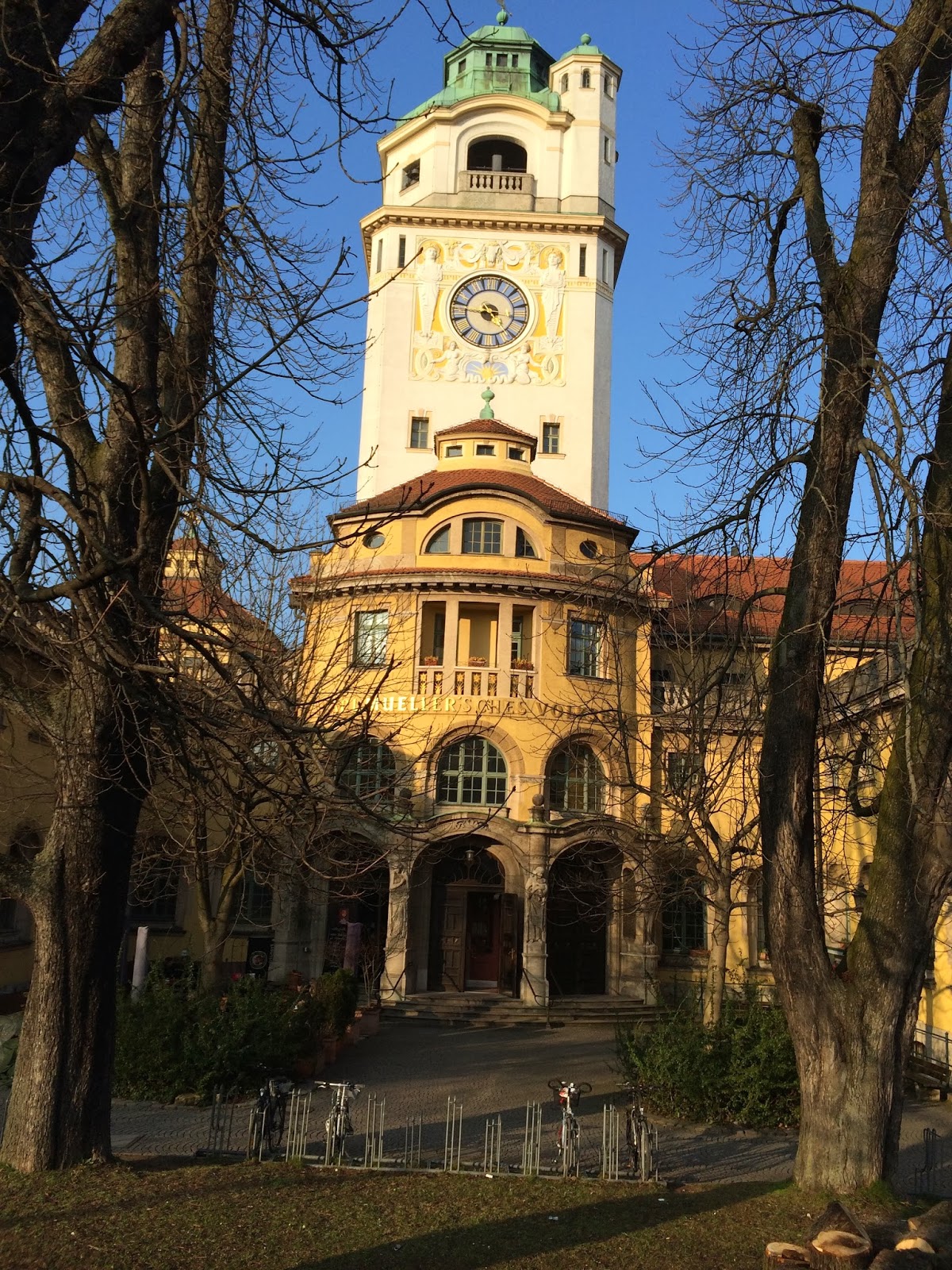 Then along the banks of the river Isar which she recommended as a good beer/BBQ/sunshine chill out area...which people were already doing, here in front of Sankt Lukas Kirche. 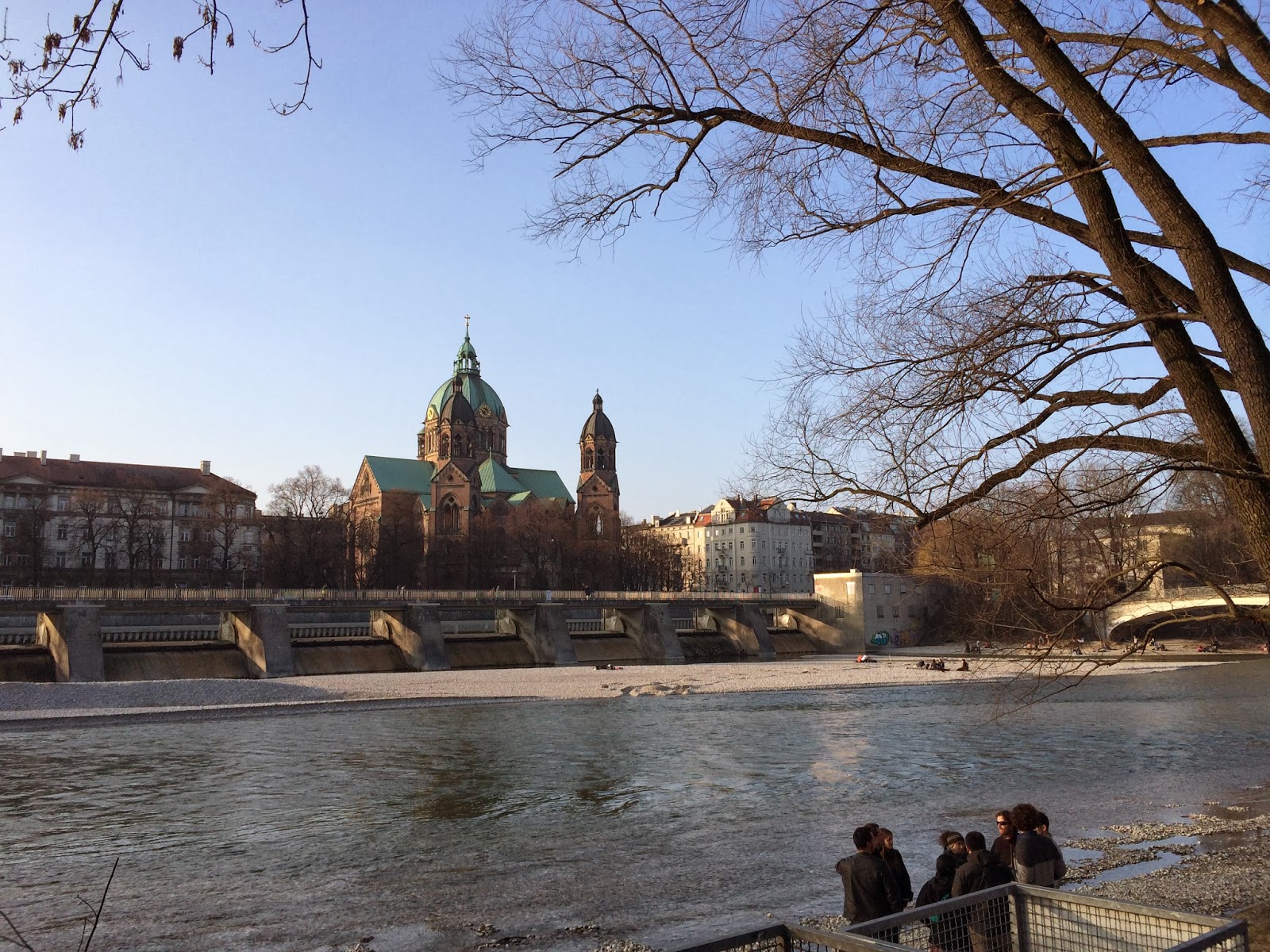 Then we walked to the Glockenbachplatz for a beer... I’m still not a fan but I figured I could try a few different ones in a day – you never know! This area of town (Glockenbachviertel) is the heart of Isarvorstadt, a borough southeast of Munich's old town. It's known for Munich's gay culture with lots of bars, restaurants and nightclubs. 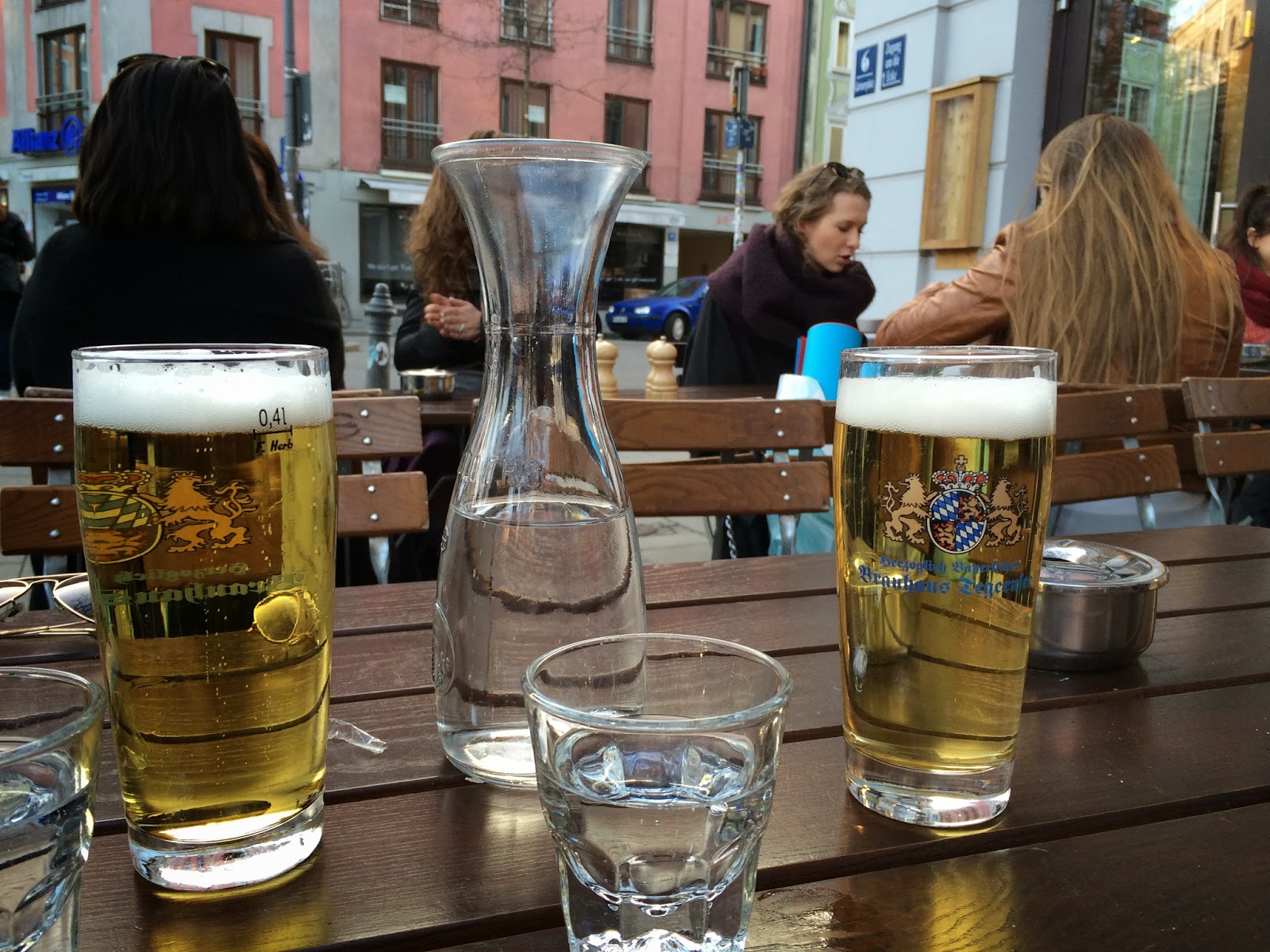 As the sun went down we got a little chilly, so headed into the centre of the city to find some dinner. She recommended "Nürnberger Bratwurst Glöckl am Dom" due to their authentic Bavarian-ness (and not in a cheesy touristy way) and just around the corner from Marienplatz. 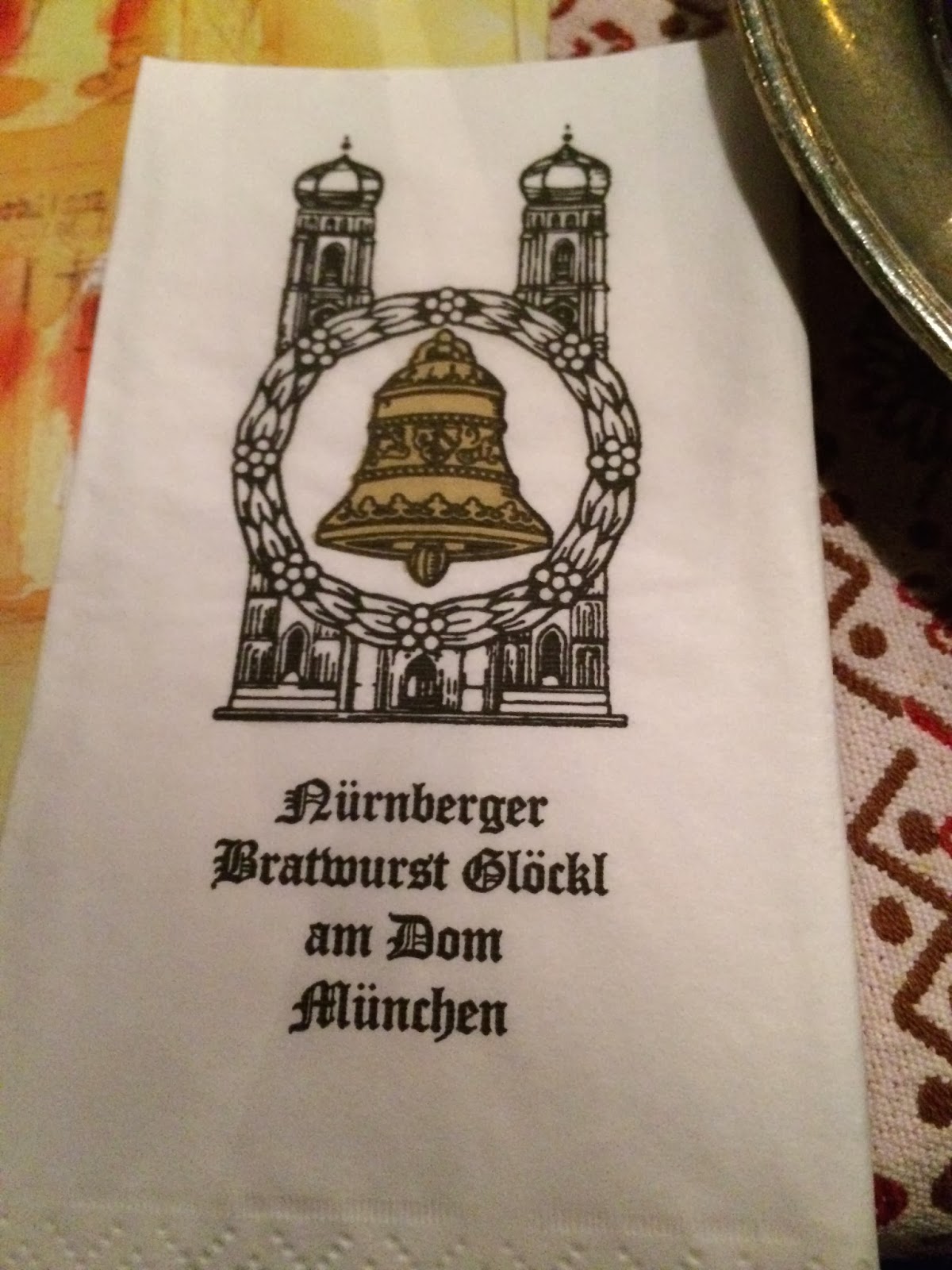 The restaurant was dark and wooden, with lots of interesting artefacts decorating the walls.  There were ‘real’ Bavarian old timers, in lederhosen, durdul and hats. 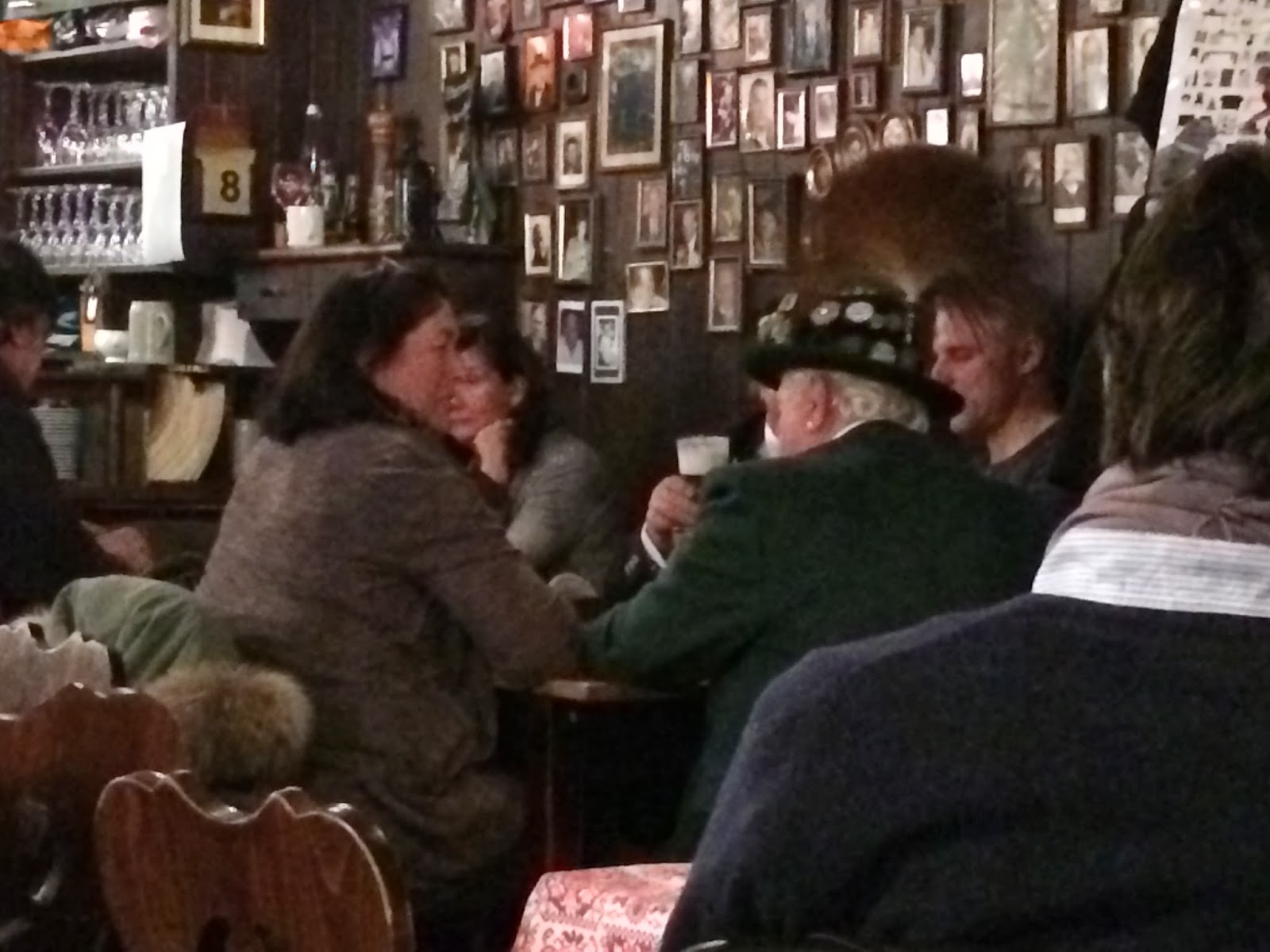 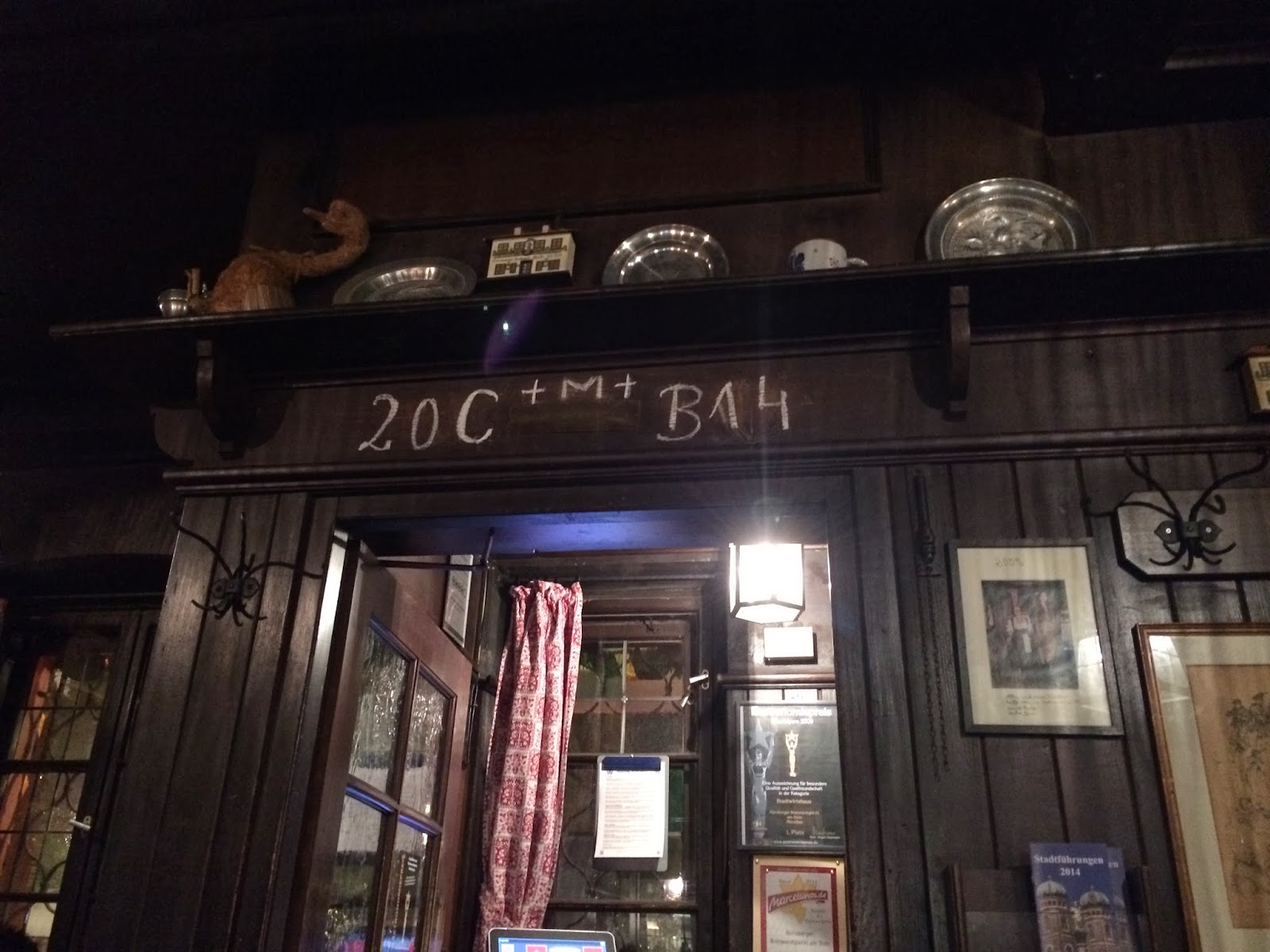 We selected the signature grilled sausage dish of the restaurant "rostbratwurst" – sausages which are roasted in fire (far more appealing that my raw-like morning attempt!) which came with a massive portion of sauerkraut and a pretzel. 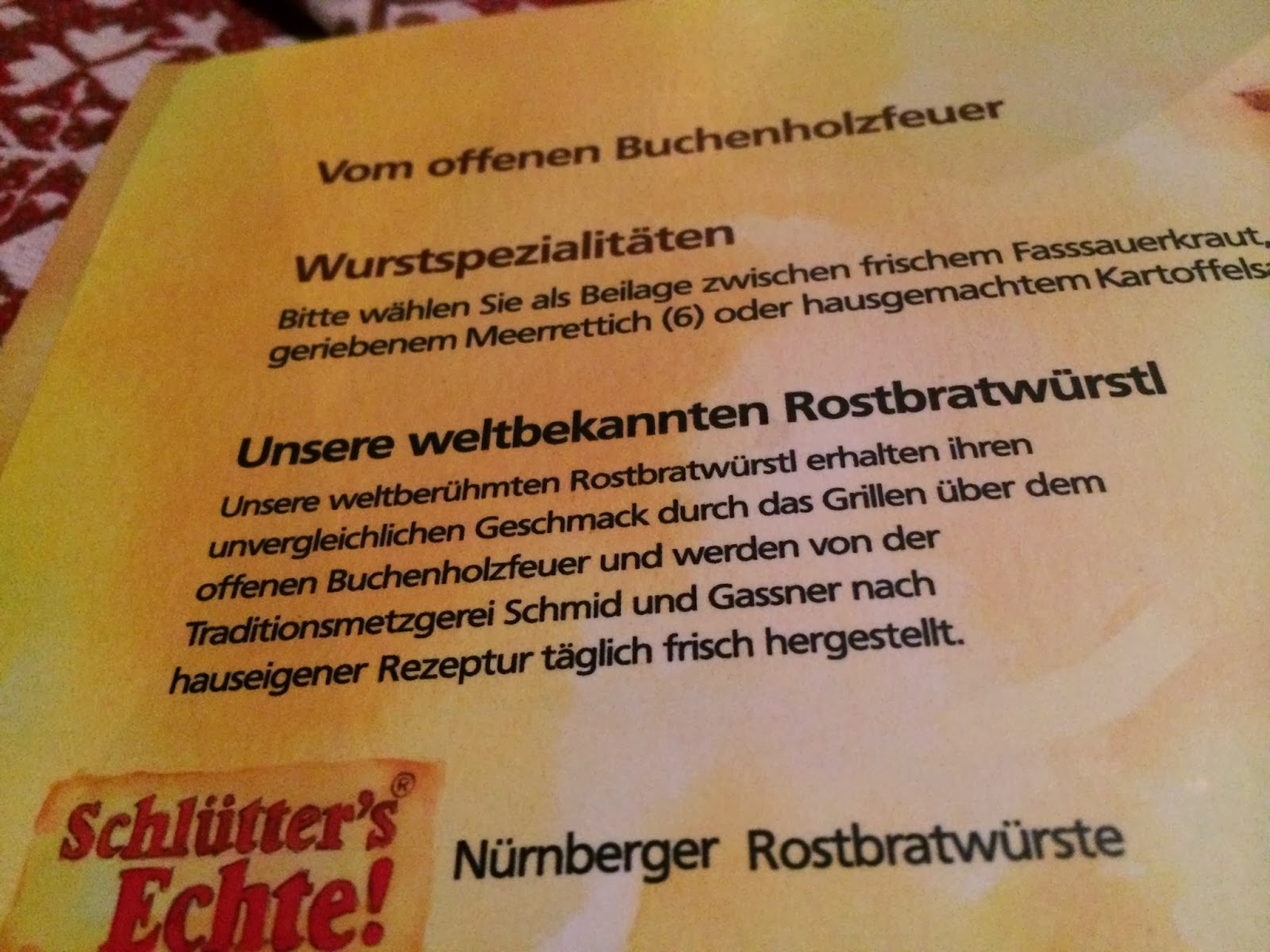 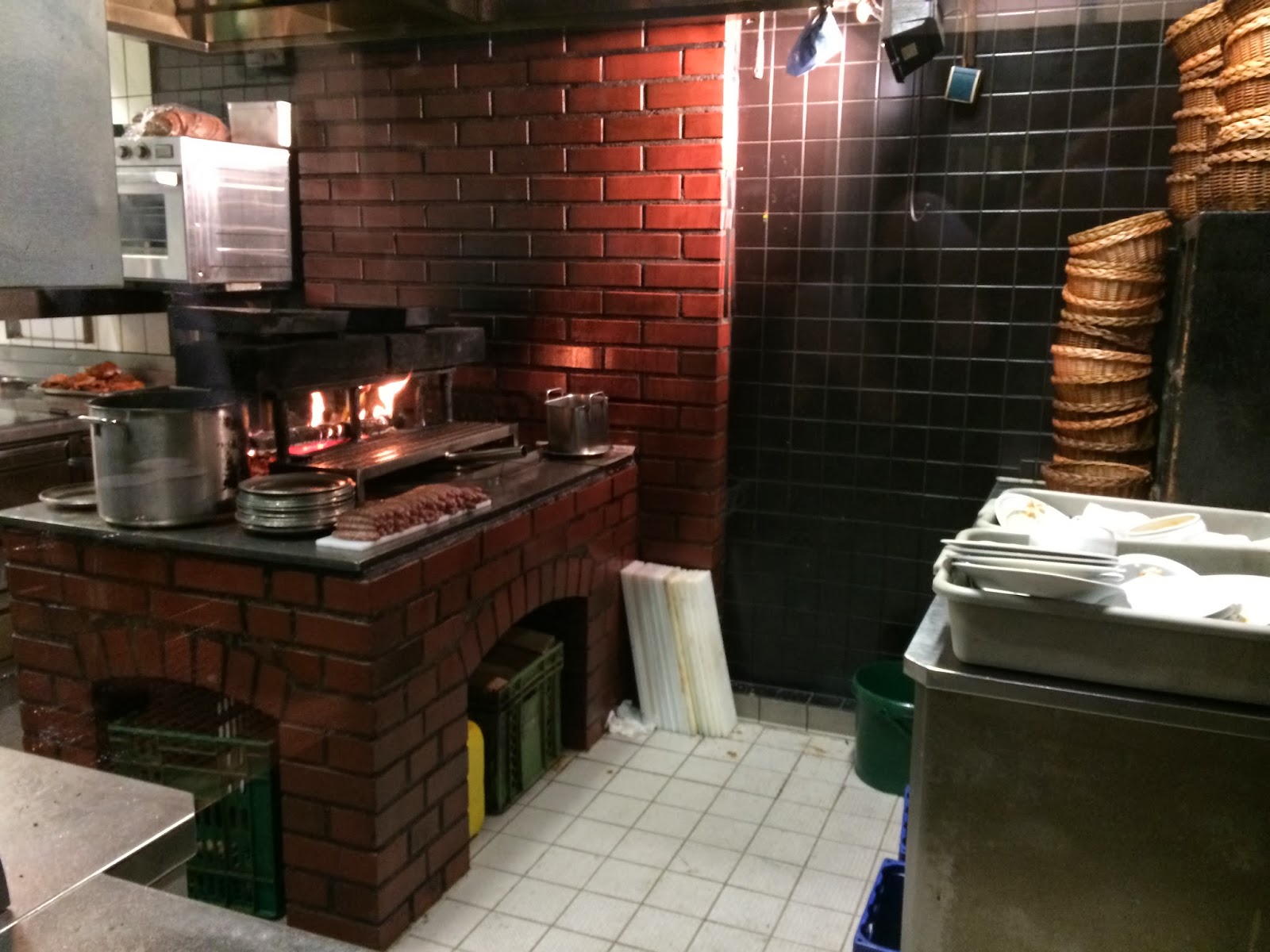 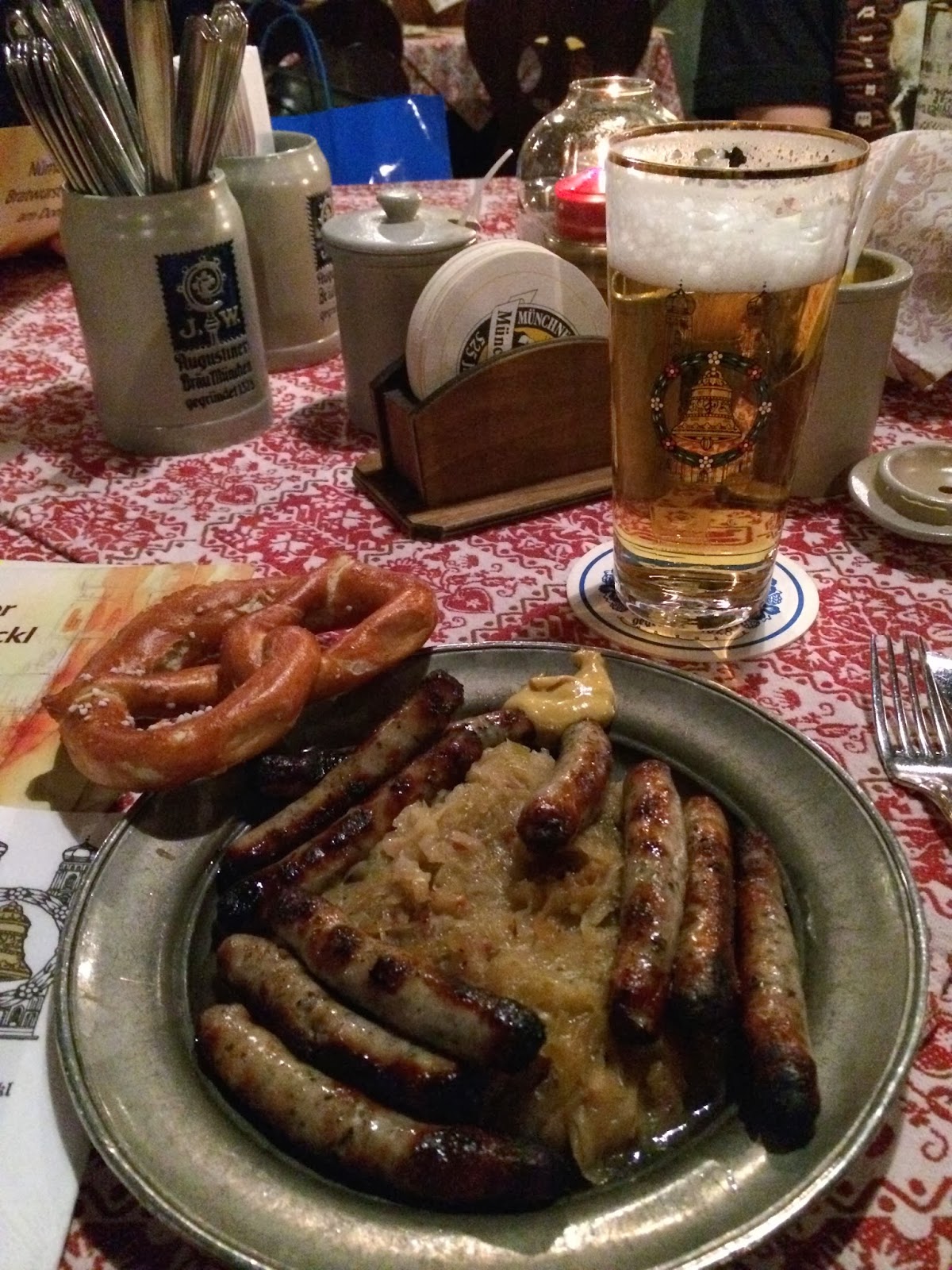 Of course, we had more beer – this time Augustiner Hell (light) from wooden kegs. 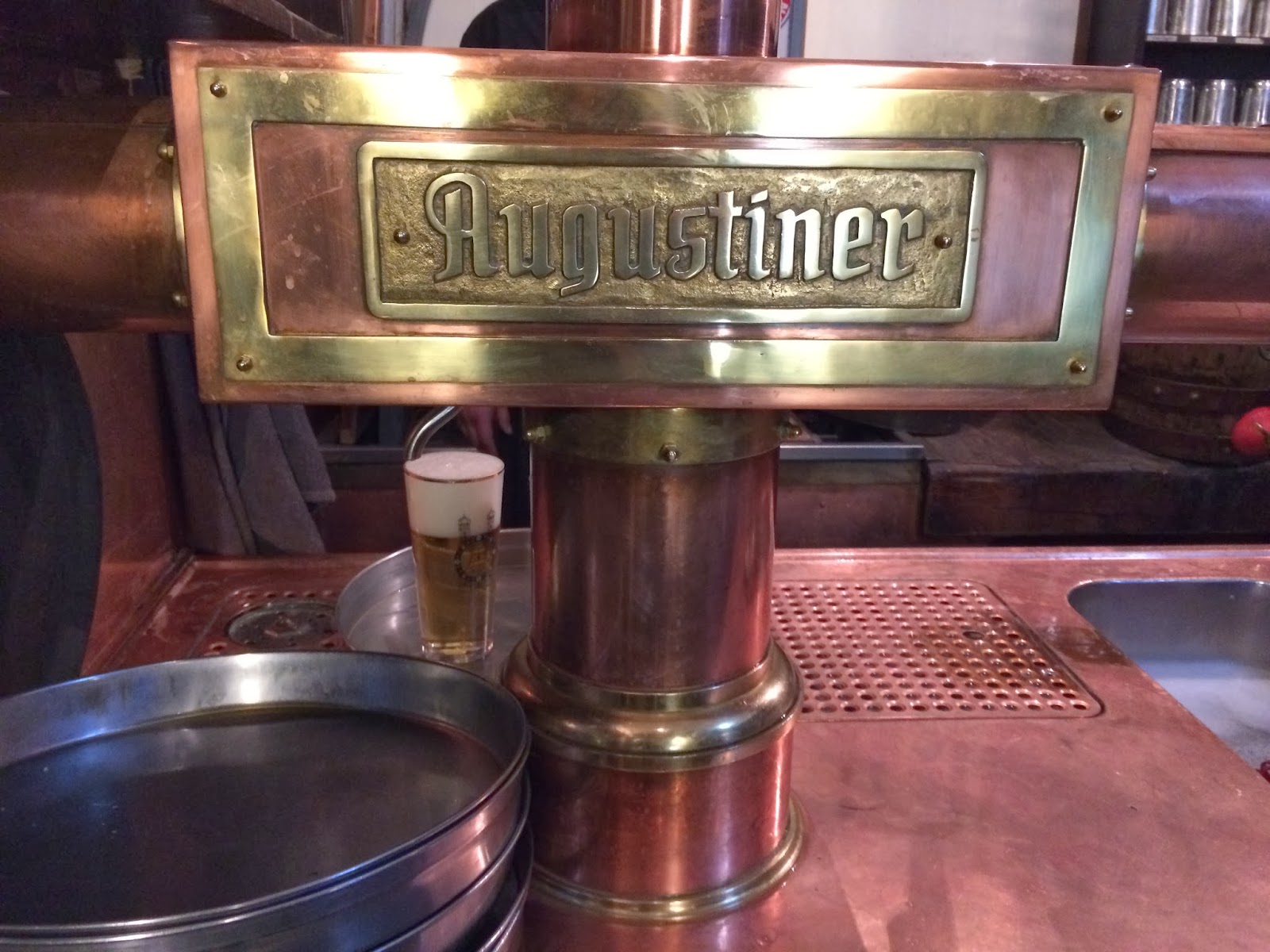 There was a great atmosphere – the old Bavarians would spend hours in here – and we shared a table with two other parties. 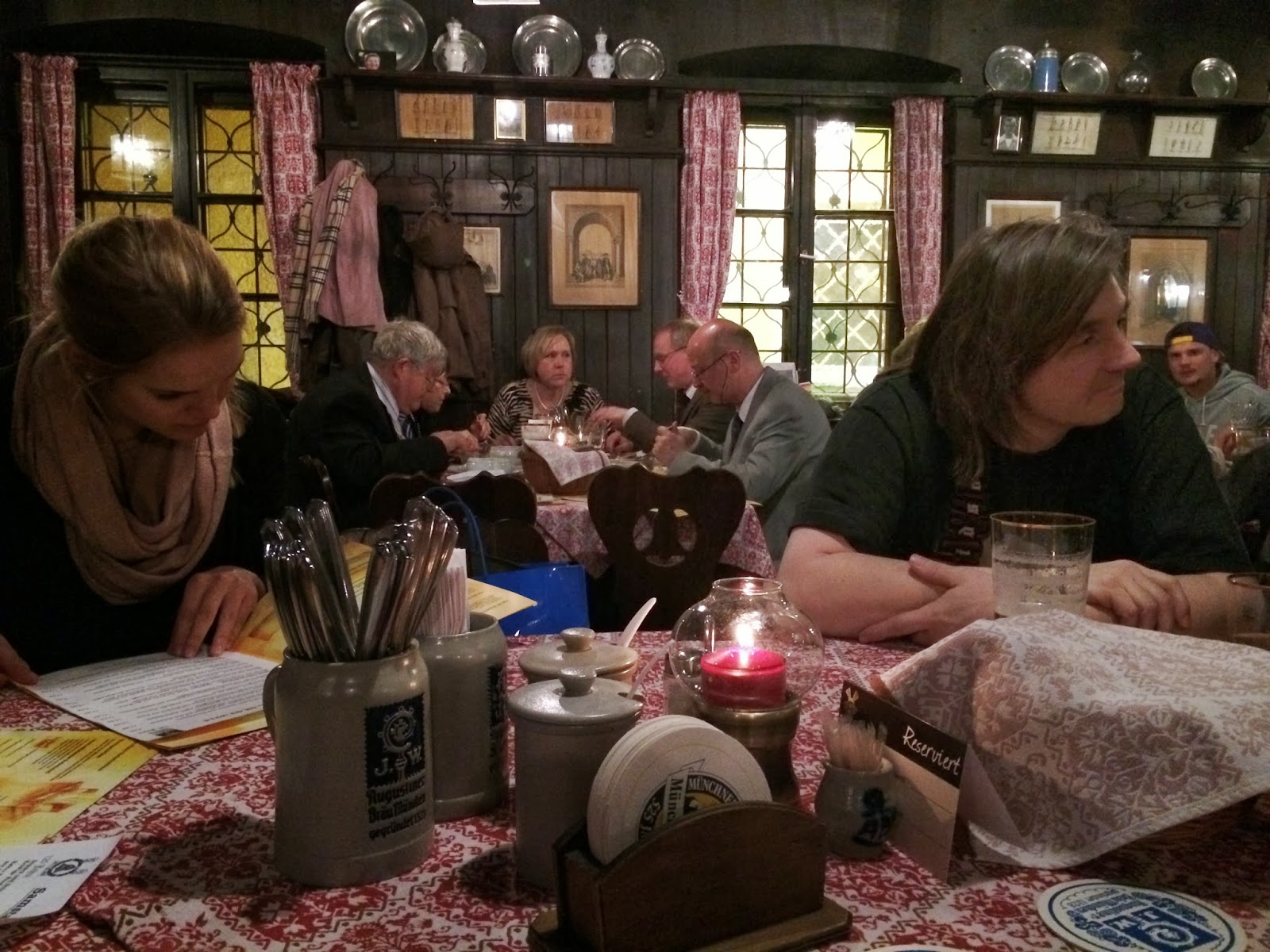 To round off our meal, we had another beer – this time I selected the ‘dunkel’ (dark) Augustiner beer and found it slightly nicer than the previous beers I’d tried that day...but it could also be because it was beer number 4! 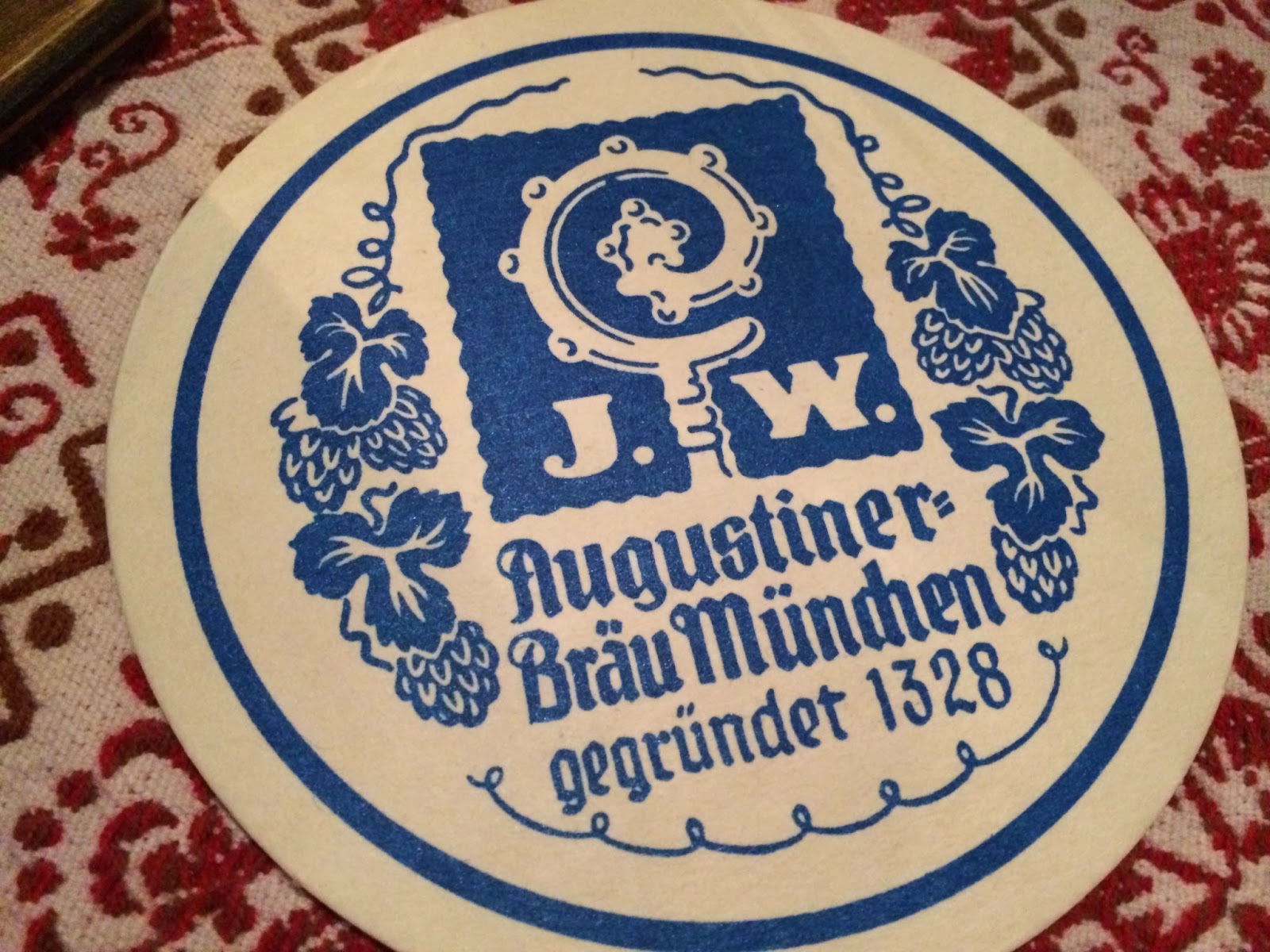 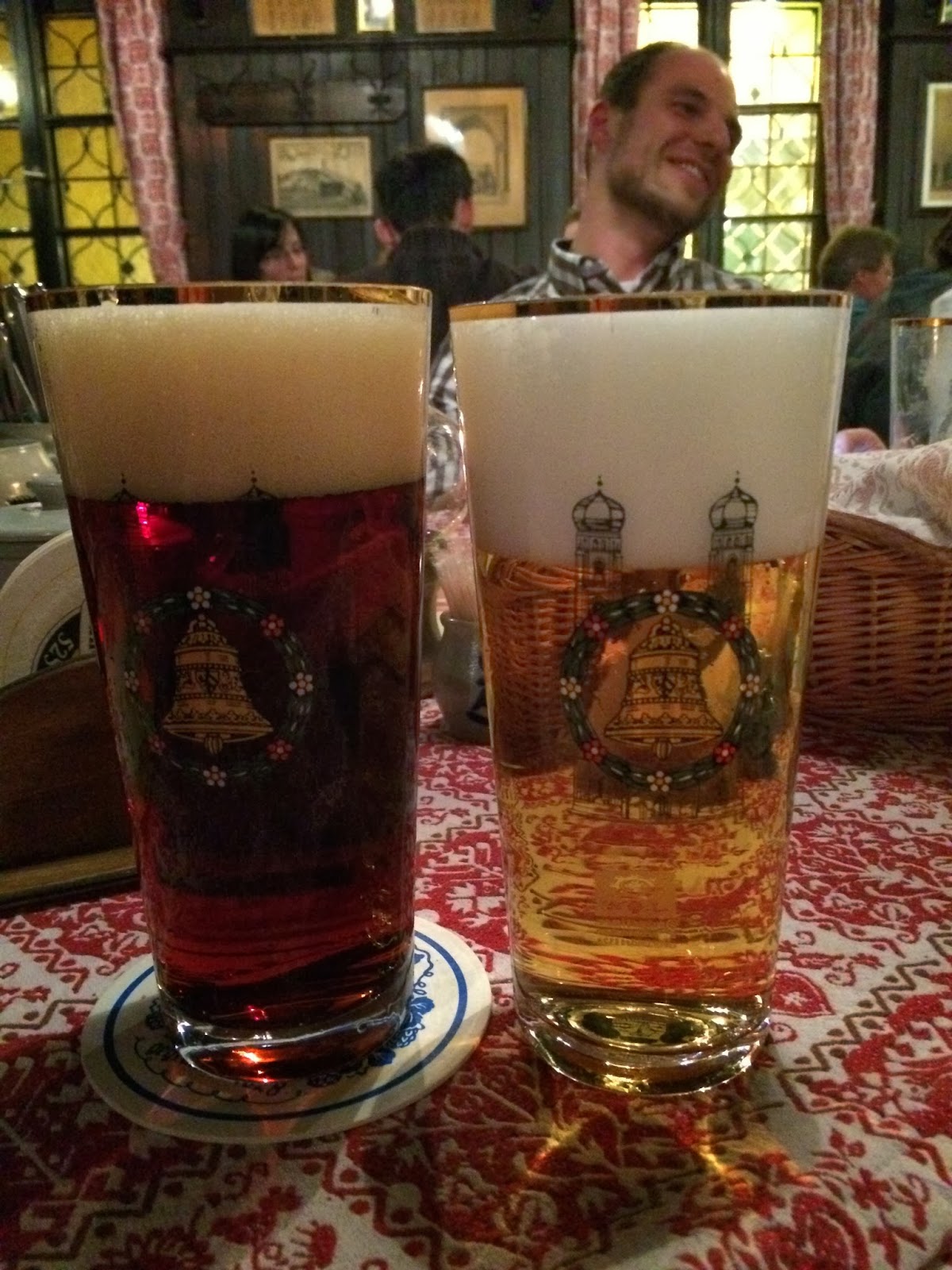 By the time I caught the tube (U-bahn) home I was a little merry on all the beers and the bright orange-ness of the underground station! 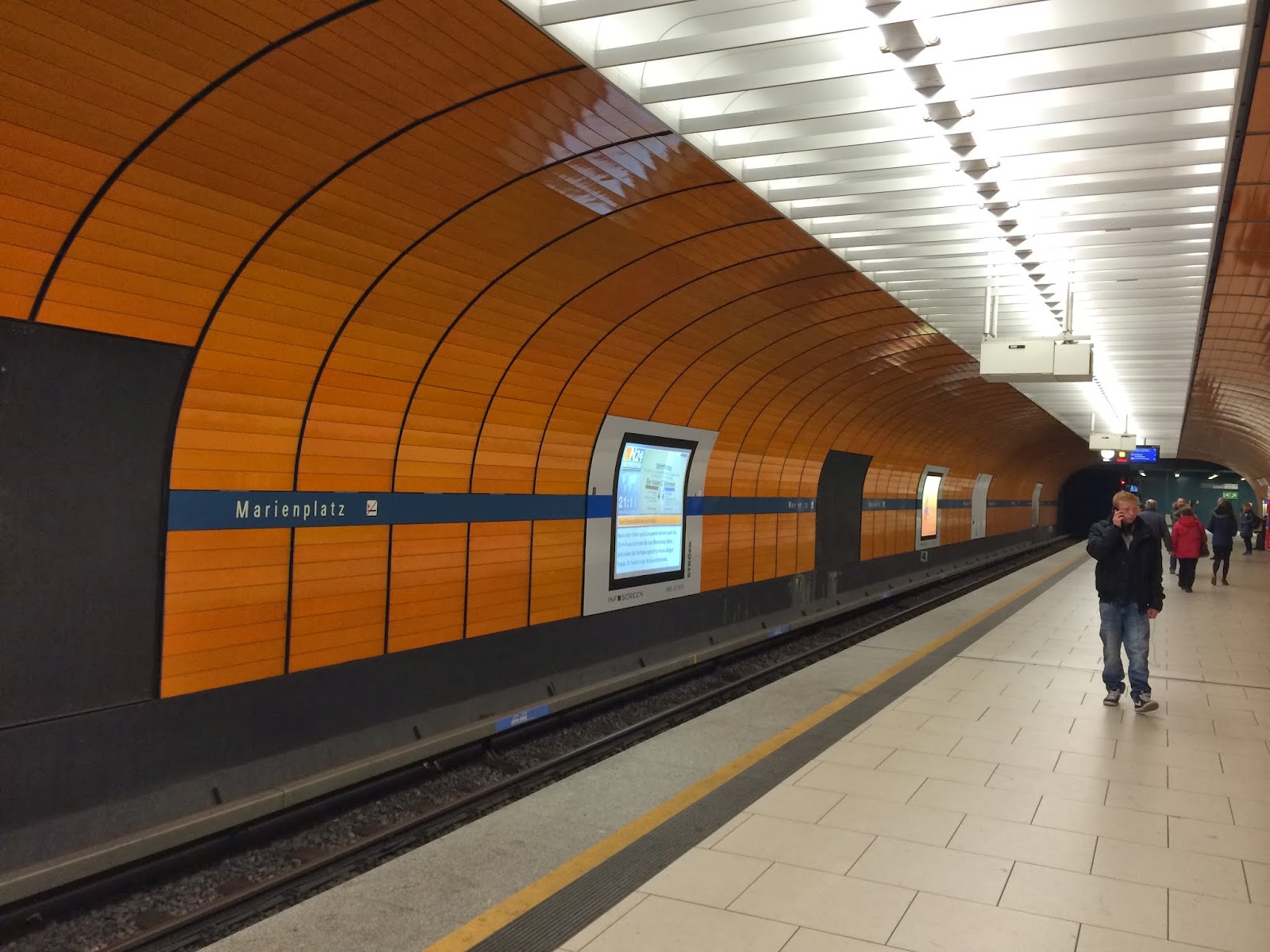