Posted by The Hungry Traveller on 17:15 in Food Germany | Comments : 0

I'm moving to Munich...in less than a week!  So on Valentine's Day I popped over to the city to sort out accommodation and a bank account, I'm was a little short of time so was on a mission for the day!  So I fueled myself up with some porridge at Heathrow's T5 before headed out to Germany.

Meeting at the bank was first, leaving me the 'proud' owner of a German bank account.  Next up was house-viewings and fortunately I found one that was 'just right' in Schwabing area.  Then a quick tour of 'The' gym to go to before I was dropped in the old town, giving me a chance to sneak-peek my new home for the next two years before dashing back to the airport.  I arrived in 'Marienplatz' (St. Mary's Square) in the centre of the old city which, according to wikipedia, has been the city's main square since 1158. 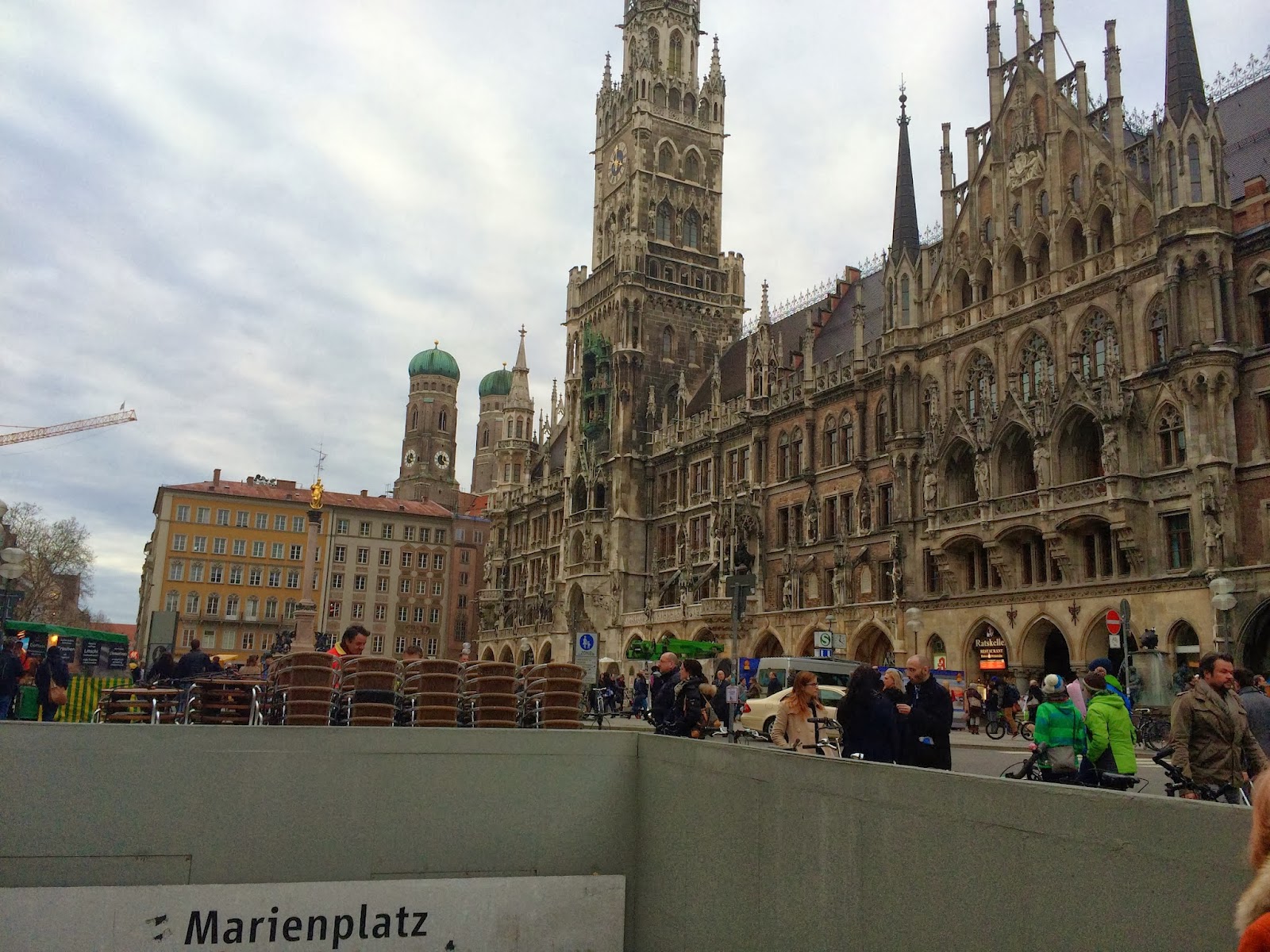 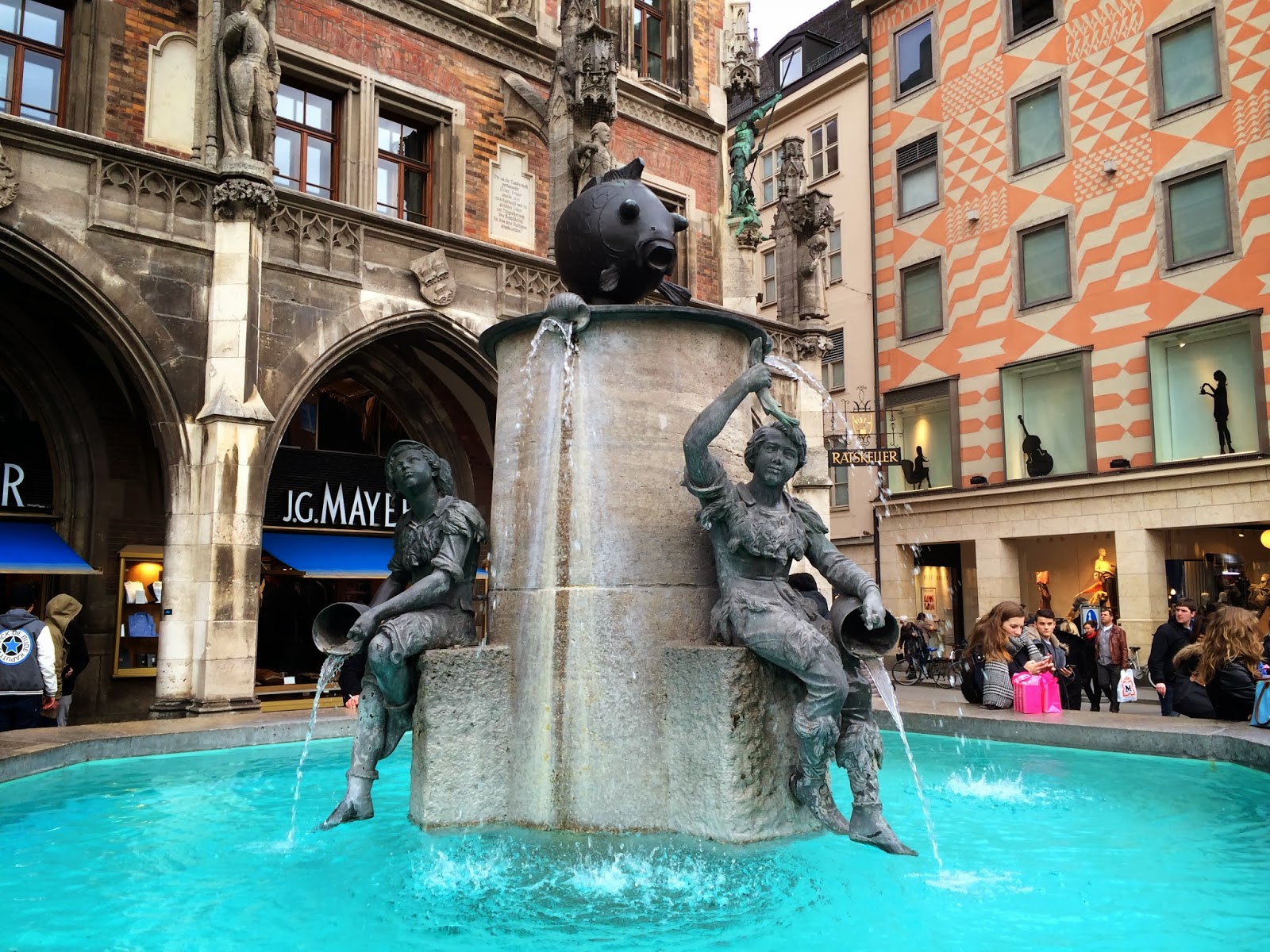 The square is dominated by the impressive old city hall (Altes Rathaus) which is a reconstructed gothic style council hall, ballroom and clock tower (Glockenspiel).

In front of the Old City Hall is the 'Mariensaule' - a Marian column erected in the square's centre in 1638 to celebrate the end of Swedish occupation.

After admiring the square, I wandered past two churches (Sankt Peterskirche and Heilig-Geist-Kirche) to the Viktualienmarkt - a daily food market and square around the corner from Marienplatz.

The market was originally a farmers' market but is now a popular gourmet market with 140 stalls and shops selling flowers, exotic fruit, game, poultry, spices, cheeses, fish, juices and - of course - sausages and pretzels!

Before heading back to the airport, I treated myself to a Rischart  'germknodelkrapfen' doughnut.  I'm still not really sure what flavour that is but having googled the name, I've come across a sweet steamed Austrian dumpling with plum butter and vanilla sauce that was probably the inspiration!  The store was a feast of baked goodies...

I then had a chance to check out the multitude of haribo flavours at the airport before heading back to London - in 105mph winds, which made for an 'interesting' landing.