Being a tourist...where I’ve lived for 4 years!

So I’m moving to Germany in less than a month’s time and in the process of packing up my house (& life!) in England. I realised that despite living in Reading, Berkshire for over four years I don’t really know much about it...other than where I can find sushi and Starbucks! So I decided to be a tourist at home. Not knowing quite where to start, I consulted google...

According to Wikipedia, the Borough of Reading has a population of approx 146,000 and is located 36 miles west of central London. Evidence suggested that Reading has been a settlement since the 8th century and was an important centre in the medieval period with a monastery (Reading Abbey) had strong royal connections. Today Reading is a commercial and retail centre as well as playing host to the annual Reading Festival, Reading Football Club and the London Irish rugby union team.

But what is there to actually see?!

Well I started at the ‘river’ – the Kennet and Avon Canal runs through the centre of the town and connects Reading to the sea at Bristol from the rivers Thames and Kennet. With all the recent rain and flooding the water was very high and flowing very fast... 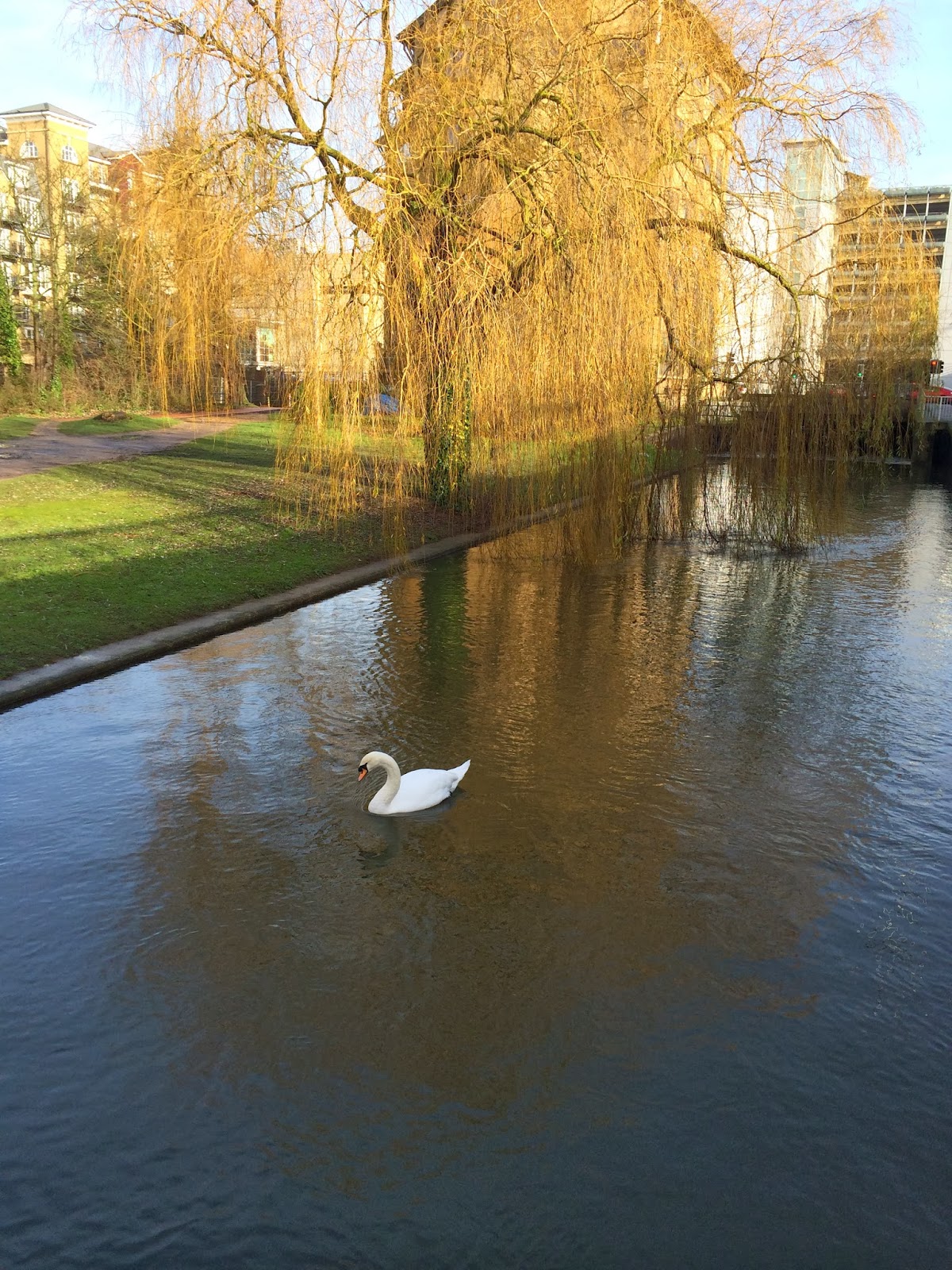 Following the river you end up at The Oracle – the large indoor shopping mall on the banks of the river which opened almost 15 years ago on the site of a 17th century workhouse of the same name. Bars, restaurants and cafes line the sides of the river. 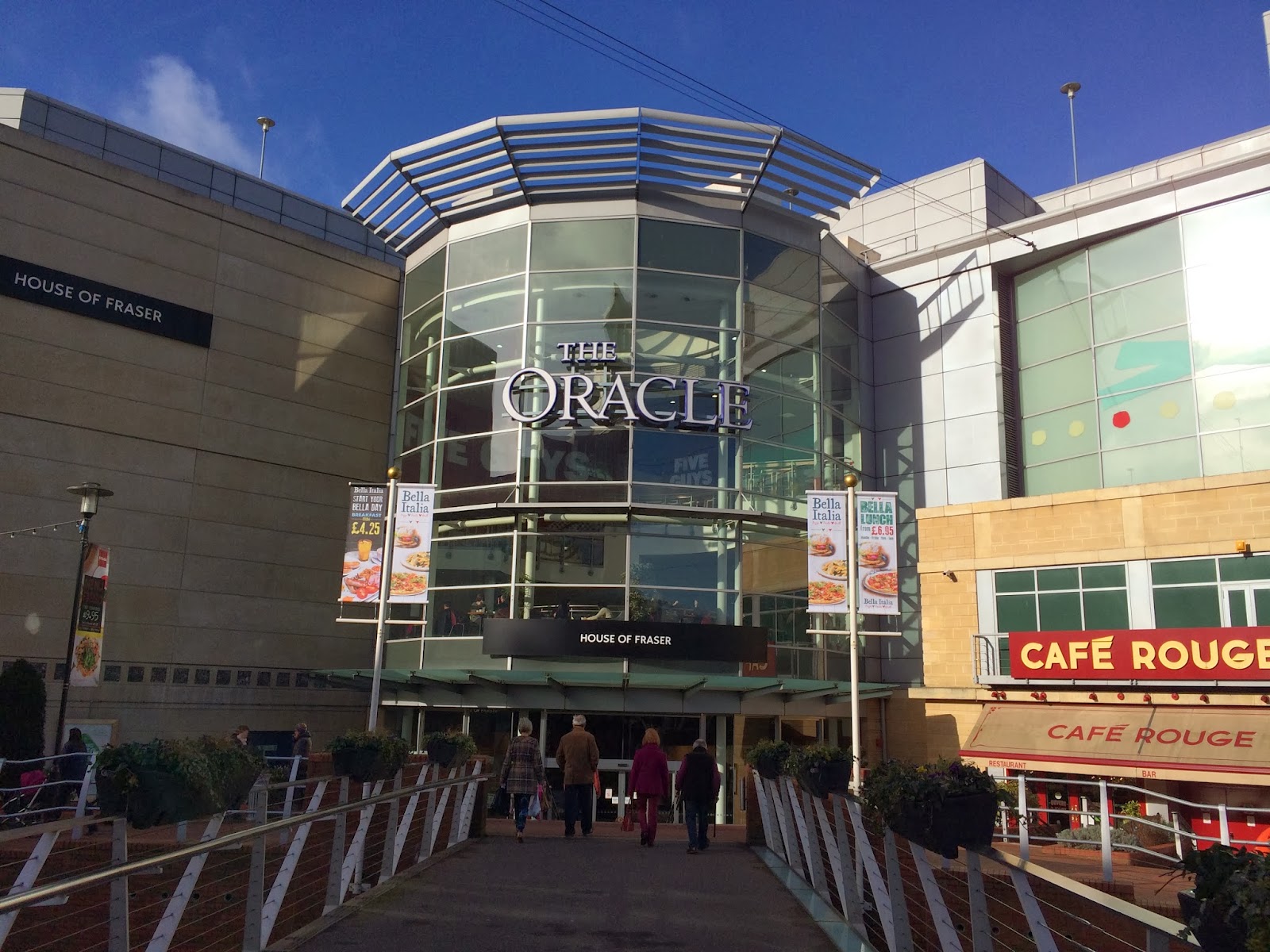 According to the tourist board there are a lot of museums in Reading (including ‘Museum of English Rural Life’, ‘Ure Museum of Greek Archaeology’ and the ‘Cole Museum of Zoology’) – all of which I’m sure are great and interesting, none of which appealed to me! So instead I chose to go for a wander to the ‘sites’ of Reading.

First stop was St Mary’s Butts (aka ‘The Church by Bills restaurant’). This was apparently founded around 630AD but was mostly rebuilt in the late 11th century...note the fancy checkerboard tower!

Next a little wander through the shopping streets...

Onto St Laurence Church – one of three original medieval churches in the centre of Reading (apparently churches are the only tourist sites!). It faces onto a large market place known as Butter Market, next to the striking Victorian town hall.

Then wandered onwards to Forbury Park – public gardens which I had no idea even existed!  In the centre of the park is the Maiwand Lion statue which is sometimes used as a symbol of the town, next to the bandstand. The lion commemorates the 329 men who died in the Battle of Maiwand (1880) in the Afghan campaigns.

At the end of the park is (another!) church – the Roman Catholic St James church. However, interesting the architect who designed this (AW Pugin) then went on to design the Houses of Parliament, which is pretty impressive.

Unfortunately the Reading Abbey Ruins were closed due to crumbling masonry so the final stop on the tour was the Abbey Gateway – a well preserved part of the medieval abbey. The abbey was the original location for the Abbey School and Jane Austen studied there!

And with that the tour was over and it was time for food!