I was extremely fortunate to be invited to dinner at ‘Restaurant Gordon Ramsay’ as a festive treat!  The three Michelin starred restaurant near Sloane Square is the flagship restaurant and has as its Head Chef, Clare Smyth.  It is one of only two restaurants in the UK with three stars and one of only four in the UK. 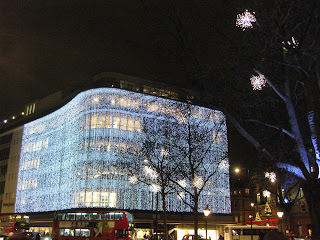 The restaurant is unassuming and elegant - small but well laid out, with large comfy chairs and dimmed lighting.  We sat in the middle of the room, with me excitedly facing the kitchen.

We opted for the A la carte menu, taking advice from the very attentive, charming and knowledgable maitre d’ Jean-Claude and his team of waiters on what we selected whilst we munched on mini cheese-flavoured choux buns.  I decided on the Chef’s signature starter “Ravioli of lobster, langoustine and salmon poached in a light bisque with oscietra caviar and sorrel velouté”.  But before that appeared, we had to firstly work our way through the substantial wine menu (I let someone else take control there!) and then had various ‘nibbles’ brought to us.  Including a steamed bun, mini scotch egg and salmon sashmini. 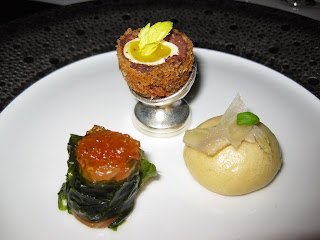 Then start we had a selection of breads (sourdough, pretzel, bacon and onion brioche) with a choice of salted or unsalted butter. 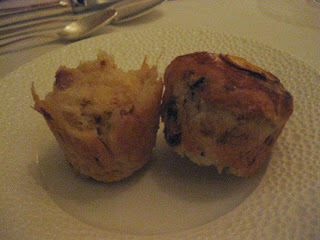 Next an amuse bouche of a cap cannelloni topped by a fried quail egg with chestnut velouté – all beautifully presented, carefully poured at your place and very tasty!

After everything was swiftly cleared, my ravioli starter appeared...a deliciously ‘meaty’ fish filling with extra flavour given by the caviar.

As we settled into our second bottle of red wine (drank from very fine glasses), my main course arrived – “Isle of Gigha halibut with Atlantic King crab, cauliflower couscous, finger lime and ras el hanout infused broth”.  I had no idea what ‘ras el hanout’ was but the waiter explained that it was a Moroccan spice blend, comprising over 30 different ingredients.  It was poured over my fish dish, giving extra colour to the dish.  Again, the food was absolutely delicious!

After a palette freshener I eagerly awaited dessert!

Having opted for the “Assiette de l’Aubergine” I knew I’d be getting a little sample of all of the desserts to taste.  However I was completely blown away by what arrived.  This was not just a usual ‘pudding tapas’ – every single dish was beautifully created to be half the size of all of the other puddings, providing a feast of miniature sweet treats.  Starring:

All were absolutely amazing – the soufflé was the lightest I’ve ever tasted, the heavenly combination of flavours between sweet and tangy, rich and  refreshing throughout all the desserts made for a beautifully balanced (though incredibly indulgent!) combination.  The chocolate cigar even had a real smokey flavour which was most unusual.

But we were not done yet!  Having noticed a number of ‘smoking’ deliveries to tables around us, I was delighted when it was our turn so I could finally discover what it was.  It was in fact a silver dish with dry ice, holding bite-sized balls of strawberry ice-cream encased in white chocolate.  These were accompanied by a glass tray of rose-flavoured Turkish delight and rich chocolate ganache...because clearly I hadn’t yet had enough dessert!

After the entire meal I felt well-fed but not uncomfortably so, despite the many courses, everything was small but perfectly proportioned!  After a sneaky peak into the kitchen and at the cheese trolley, we headed back home. 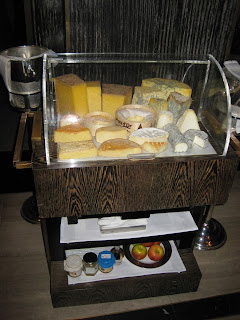 The restaurant deserves its Michelin recognition – exquisite food, excellent customer service and a comfortable dining experience.  One I would highly recommend (and want to experience again – though I already know what I’ll have for dessert!).