The Americans don’t do anything by halves, especially Halloween.

Due to thunderstorms on the flight from South to North America, I had a turbulent and late flight into Atlanta, meaning I missed my connection.  In all my travelling years this was the first time I’ve ever missed a flight but the air hostesses and airport staff in Halloween masks helped!  Despite running through the airport and hitching a ride with a disabled buggy I still didn’t make it.  However I got put on the next flight, less than an hour later, so amused myself checking out the American snacks on offer.

Finally arrived in Washington D.C. approx 9.30am and caught the blue line metro from Reagan airport to McPherson Square and walked a couple of blocks to my hostel – never has the trip from airport to hostel been so easy!  I’d totally recommend my hostel – great staff, guests, activities and location.

After snacking on some candy corn in reception and signing on for a Halloween bar crawl that night I headed out to explore the capital city.  Despite the issues just before I left, it seemed that the tourist sites were once again open.  I also spotted the famous food-truck frenzy that has hit Washington. 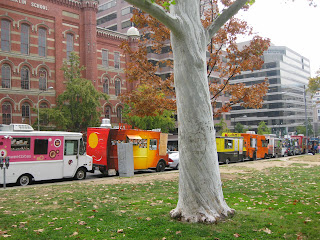 Even the buses are friendly...

My hostel was only a couple of blocks from the White House so I went straight there!  The flag was up so Obama was ‘in the house’.  There also seemed to be an event taking place on the south lawn. 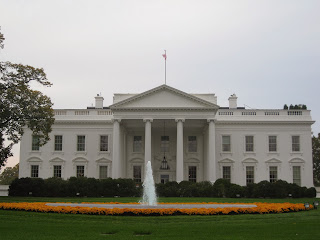 The city is laid out simply – basically everything spreads out from the centre (home to the White House & Capitol Hill).

From the White House I headed south to the Washington Monument which was unfortunately undergoing restoration so covered by a ‘cage’.  All the tree-lined pavements were covered in gorgeous fall colours which I admired while snacking on a pretzel – my American cart weakness! 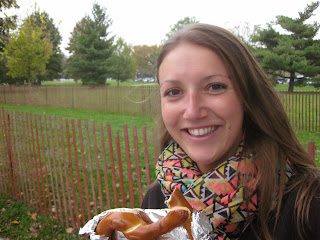 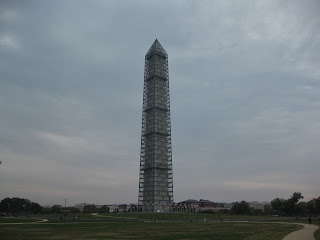 Then I visited the National WWII memorial with its rainbow pool – all of the states had a pillar to mark the occasion and the 4,000 people who died all were remembered with a gold star.

Then I walked along the reflecting pool (which strangely seemed a little empty) to the Lincoln Memorial.  There were lots of joggers around the area, giving the city a  healthy outdoorsy feel. 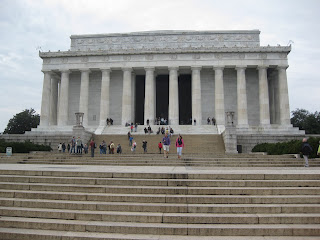 I climbed up the steps to the statue of Abraham Lincoln and looked back over the Washington Monument and Capitol Hill in the background. 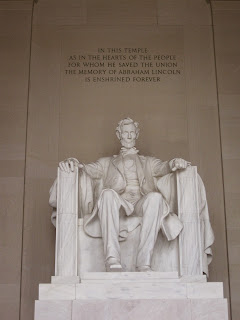 Then headed onto the Vietnam Veteran’s and the Korean War Veteran’s memorials, followed by the Martin Luther King Jr memorial with views over the Tidal Basin to the Thomas Jefferson memorial.  If there is one thing Washington does well, it’s memorials.  Everything was well-presented, clean and never felt crowded. 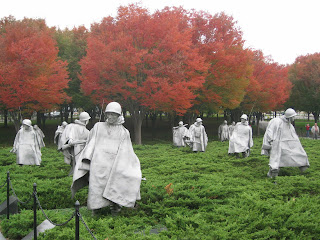 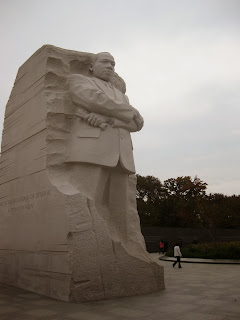 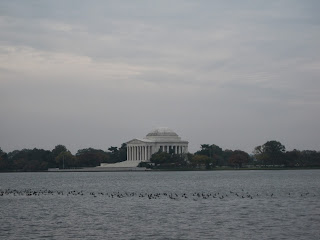 Afterwards I walked along Independence Avenue to the Smithsonian museums, as not much of a museum person I headed onto the FBI building but unfortunately there were no tours! 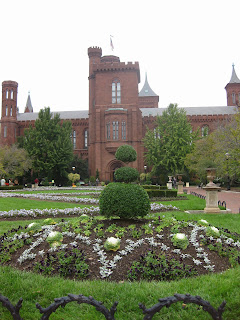 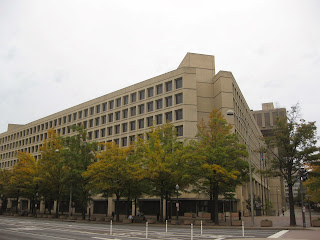 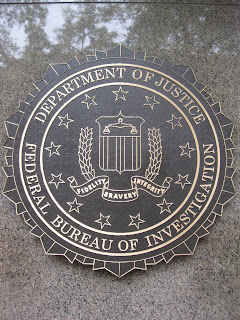 Then I carried on down Pennsylvania Avenue past the National Archives and Constitution Avenue to the Capitol Grounds. 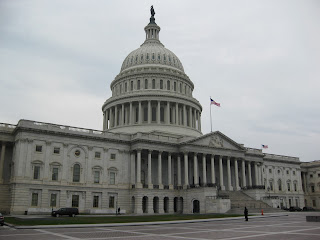 I opted for the proper touristy tour (complete with headset!) around the inside of the Capitol building where the senate and congress meet, seeing inside the famous dome, the Declaration of Independence and even spotting the Speaker of the House!

The interior of the building matches the impressive outside with lots of statues and well-designed rooms. 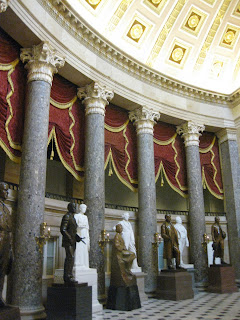 Then I used the underground tunnel to reach the Library of Congress which was really ornate inside and filled with lots of intricate designs.  I even saw the iconic Gutenberg Bible.  It is a bit disappointing that you can’t really get into the library though, you can only peer in from a designated viewing platform. 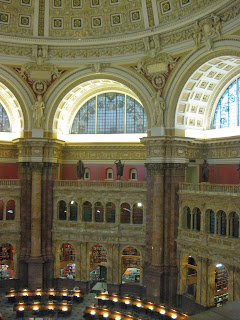 Then I walked via the Supreme Court to Union Station, where the entire bottom floor is dedicated to food outlets.  I ate a well deserved dinner in a ‘Jonny Rocket diner’.  I had a coke float, sweet potato fries and an ‘original’ burger which was yummy with loads of pickle and I was even given a ketchup smiley face! 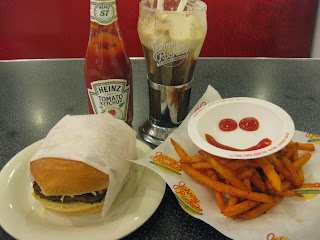 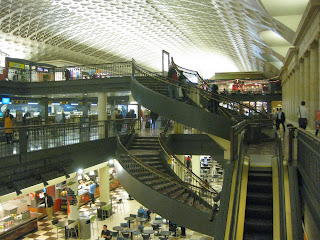 Then headed back to the hostel to meet up with around 30 people for our Halloween bar crawl through Georgetown.  There were some great costumes in our group, including a Robin Thicke / Miley Cyrus combo and ‘Top Gun’ Tom Cruise, but they were nothing compared to what we saw out on the town... 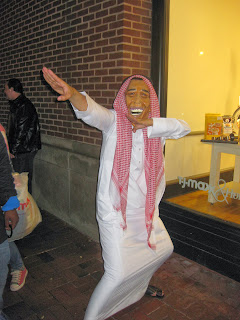 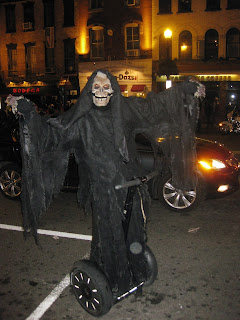 The streets of Georgetown were crazy – there were so many people and awesome costumes everywhere.  We tried lots of random themed drinks, including ‘ghost berry’ and much to my delight I was even ID’d a couple of times!