Posted by The Hungry Traveller on 16:28 in Food South America Travel | Comments : 0

After a buffet breakfast featuring mostly cakes (and a random vegetable octopus!) we headed off to the Argentinean side of the Iguassu Falls, crossing a bridge in the process which was coloured half in Brazilian flags colours and half in Argentinean colours. 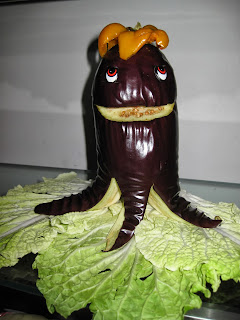 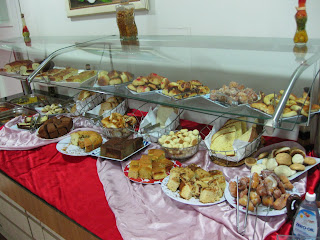 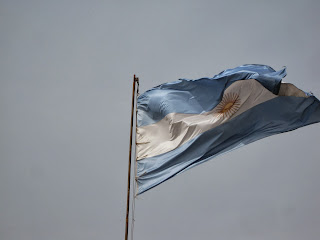 First we caught a little tram to a viewing platform over Devil’s Throat “Garganta del Diablo” a chasm where approximately half of the Parana River flows through.  82m high, 150m wide and 700m long it gave fantastic views again of the falls. 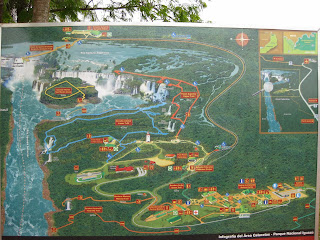 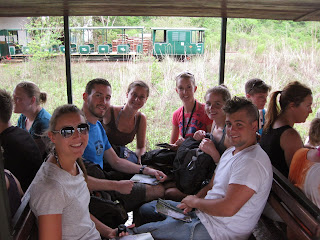 Being so close to the waterfalls was amazing – we were literally standing over the edge of the sheer drops. 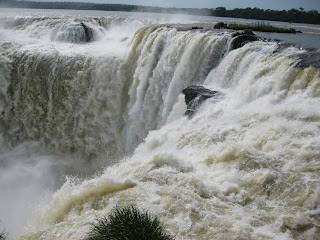 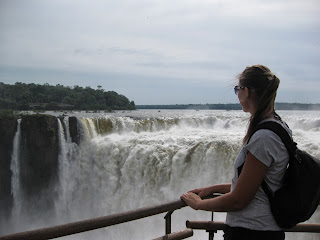 We also did two more walking tours near the Iguassu Rover with more breath-taking views. 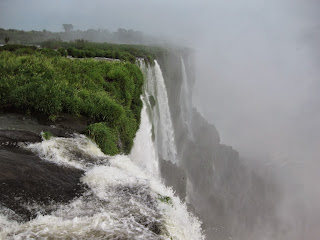 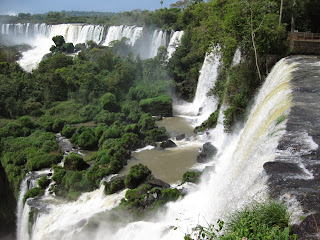 After a quick lunch of Argentinean empanadas we headed off for a thrill-seeking boat trip in and around the falls. 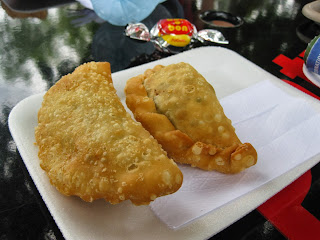 Firstly we caught an open-top jeep through the national park forest where it decided to rain heavily, in true tropical rainforest style.  By the time we arrived at the water’s edge a proper storm had brewed with thunder, lightning and torrential rain!  We sheltered in a wall-less hut and stripped out of our soaked-through clothes, deciding that bikinis would be ‘warmer’! 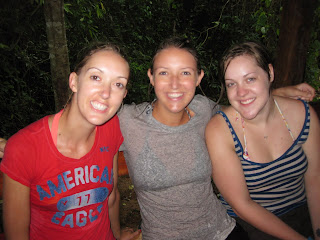 For a while it was unlikely we would be able to do our long-awaited boat ride, even planes couldn’t land, but fortunately after a little time we were allowed down to the boat.  We wrapped our stuff up in waterproof bags and ourselves up in lifejackets.

Then we went tearing down the river which straddles Brazil and Argentina towards the waterfalls (trying not to shiver!)  The rain was so heavy and we were moving so fast that it felt like hail was hitting us and the currents were very strong meaning the river was very churned up – so it was incredibly exhilarating!

We actually went under three waterfalls, including one of the “Three Musketeers”.  It was absolutely amazing and a real roller coaster ride!

Back on land we treated ourselves to hot chocolates to thaw out...potentially the only time I’ve ever drunk hot chocolate in a bikini! 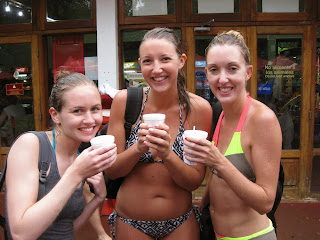 Then back for hot showers and dinner at a local bar where we made everyone watch our video footage!  I had a ‘Vila Iguassu’ burger plus more caipirinhas, though to mix it up I also opted for a kiwi Caipiroska (a form of Caipirinha prepared with vodka instead of the usual cachaça). 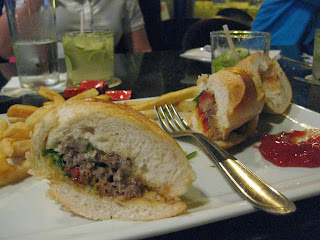 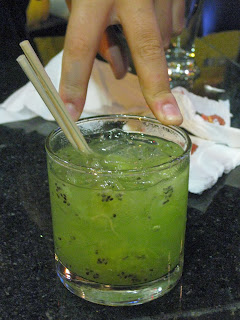