Our 6am bus driver had clearly not realised the time-change so then drove like a crazy person to make up for it...not really appreciated by the hungover group as we were thrown around every bend...

After a couple of hours we stopped, much to everyone’s relief (!), at a service station where I had an egg roll in the sunshine. 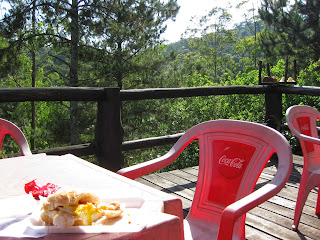 Then we got back in the bus and headed onto São Paulo airport.  São Paulo is the largest city in Brazil and a mass of high rises and home to over 19 million people.  We didn’t stop in the city, but saw the endless buildings and skyscrapers from the plane. 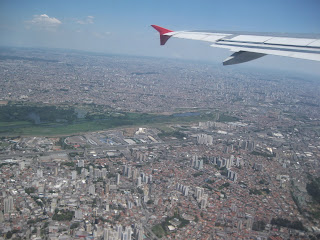 We hopped onto our plane for our short flight to the Iguassu Falls “Foz do Iguaçu” (instead of a 20 hour bus trip!), where we even got our first glimpse of the huge waterfalls from the sky. 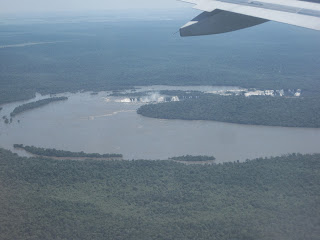 Stepping off the plane into hairdryer-like heat we headed straight for the National Park entrance on the Brazilian side of the falls.

We did a walking tour for approx 1 hour which gave us great panoramic views of the falls.  There are between 150-300 waterfalls to appreciate, depending on the water level. 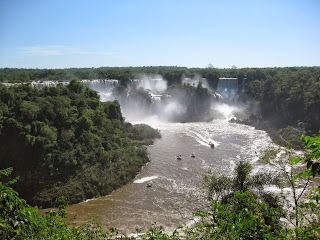 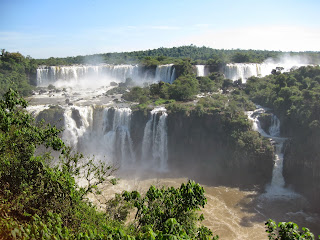 Iguassu Falls is one of the seven ‘New Seven Wonders of Nature’ and thoroughly deserves its title.  Legend says that a god planned to marry a beautiful woman called Naipi who fled with her human lover in a canoe.  Angrily the god responded by slashing the river, creating the waterfalls and condemning the lovers to an eternal fall.

The sound was incredible and the air wet with the misty spray from the powerful crashing water. 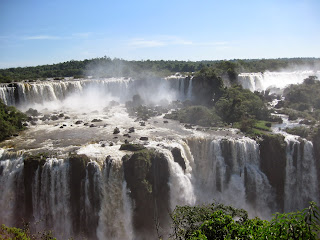 On the walk we also spotted spiders, monkeys and loads of butterflies. 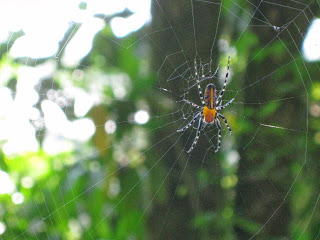 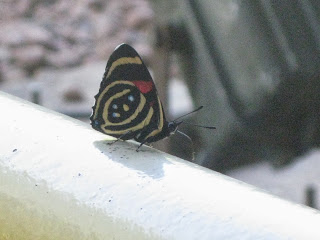 There was a walking platform that you could cross part of the waterfall (getting very damp in the process!) admiring the rainbow created in front. 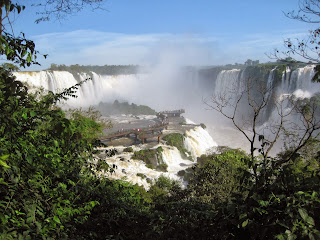 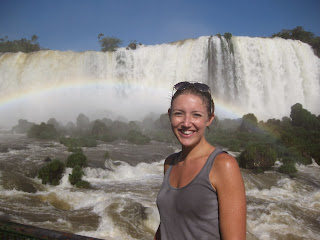 After throwing a coin into the falls for good luck and admiring the scene of movies such as ‘Indiana Jones & the Kingdom of the Crystal Skull’ and ‘Miami Vice’ we left the park. 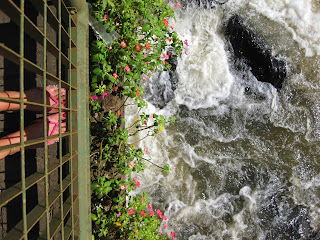 For dinner that night we went to another all-you-can-eat Brazilian BBQ where I also managed to squeeze in a pudding tapas! 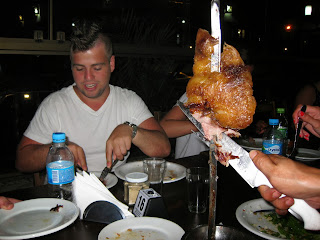 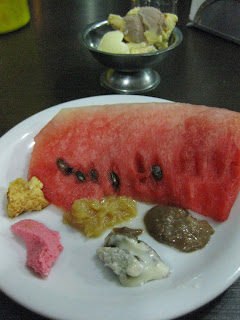