After saying goodbye to Rio in by stocking up on havaianas, the infamous Brazilian flip-flops, we headed off by private bus to the port. 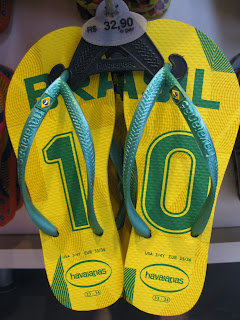 It took a few hours to leave the city, but gave another chance to see the favelhas, highlighting once against the contrast between the gorgeous city and its surrounding slums. 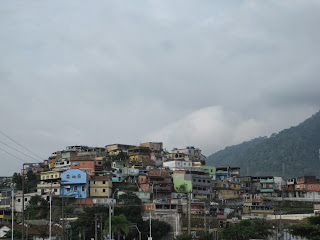 We stopped for lunch at a service station where I had a shrimp pastéis.  Essentially the Brazilian pasty with a wide variety of fillings and similar to Spanish fried empanadillas, but of Japanese origin .  With different shapes used to portray different flavours. 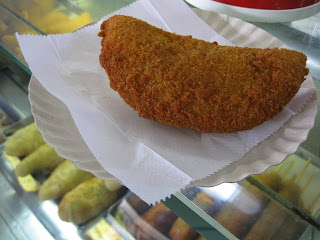 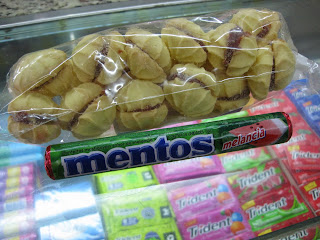 Then we caught a boat from Angra dos Reis port to Ilha Grande.  The views over the water as the sun set were stunning, though slightly ruined by a massive oil rig due to recently discovered resources. 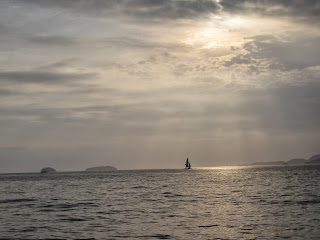 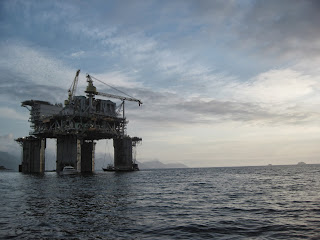 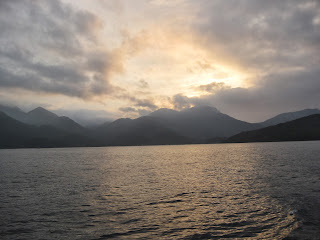 Ilha Grande is Brazil’s third biggest island and is home to gorgeous beaches and forest-covered hillsides.  In fact, two thirds of the island is a national park.  Only a small portion of the island is built on and very little transport etc is allowed so prices are higher as they really on shipping in most of their supplies. 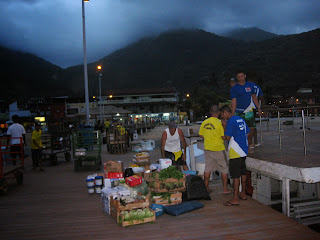 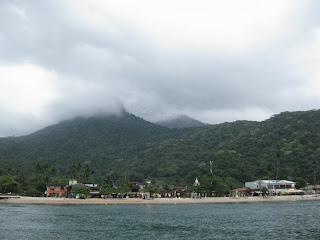 After leaving our bags in our hotel in  the tiny Praia do Abraao are(the only really inhabited part of the island) we went out for dinner at a beach restaurant, where you literally eat with your feet in the sand under multi-coloured umbrellas! 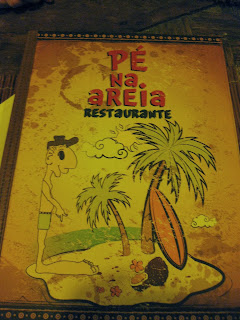 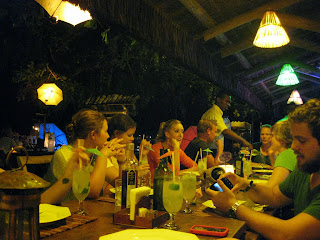 Unfortunately, there were a lot of midges and mosquitoes about as I was to discover to my peril later...

After another complementary Caipirinha, I shared a fish and prawn stew. 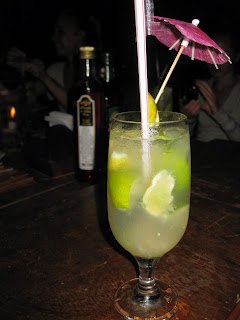 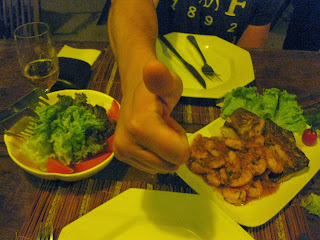 Then we had a little wander around the town, spotting the incredible cake carts which are conveniently located all around! 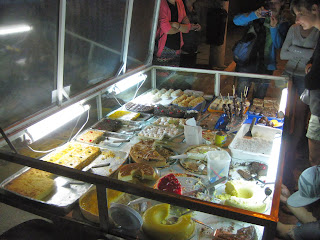