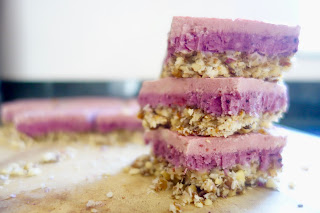 There aren't many desserts my mama is a fan of, but cheesecake is one of them!

She found a recipe for us to try on the FAGE Total 0% yoghurt pot for 'Frozen Raspberry & Blackcurrant Yoghurt Cheesecake Bars' which we just had to try...

The recipe takes a little time plus you need to allow about 4 hours for freezing so it's best to make the day before you want to eat it.

You start by making a nut base - blitz the dates, pecans, cashews & desiccated coconut together before pressing into a lined & greased tin. 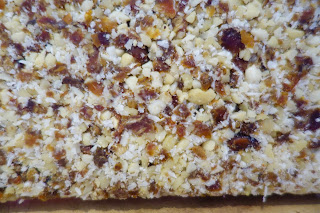 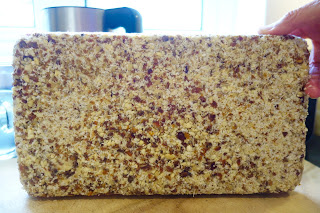 Then blend the tinned blackcurrants plus 2tbsp of their juice plus 1/2 frozen banana.  Here I added a generous sprinkle of SUPERGOODFRUITS wild blackberry smoothie powder to enhance the flavour & colour.  In a separate mixing bowl / food processor, repeat the steps with the raspberries.

Separately beat together the zest of 1 lime, the Total 0% yoghurt, cream cheese, vanilla extract & maple syrup before splitting between the blackcurrant/blackberry & raspberry mixtures. 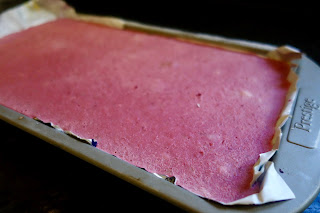 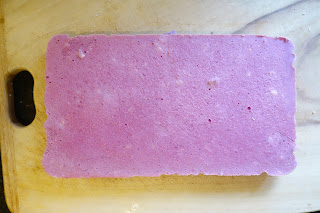 Well you have to chop it up first!  Enjoying some cheeky tasters of the crumbs as you go... 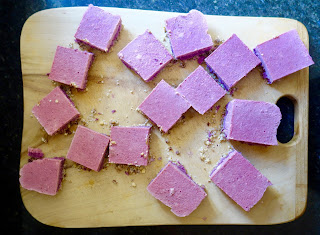 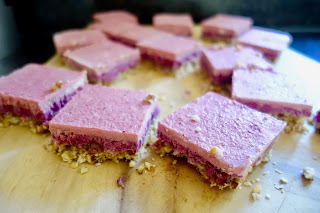 It's best to let it thaw slightly for a few minutes for the yoghurt topping to soften it, so you can enjoy the creaminess. 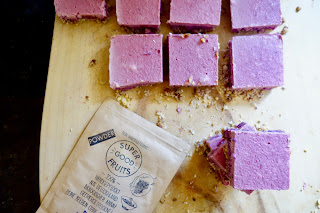 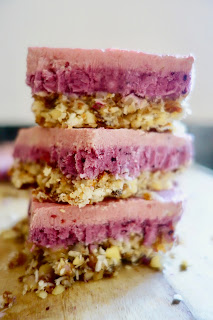 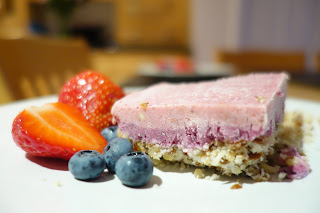 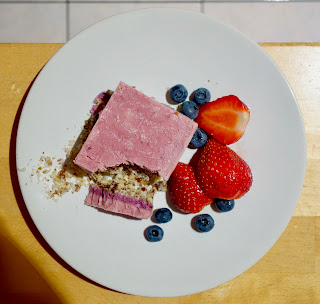