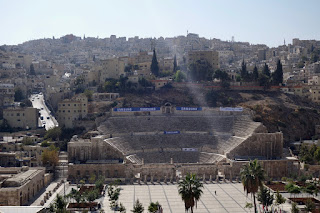 After Amman's Citadel (read about it here), the next key sight to visit is the Roman Theatre.

Having admired the view from atop the citadel I climbed down to the Roman Theatre via a local shortcut with stairs in between houses (thanks, Lonely Planet!). 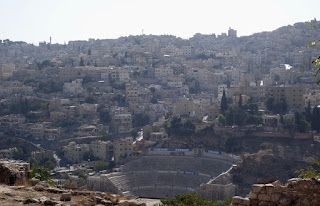 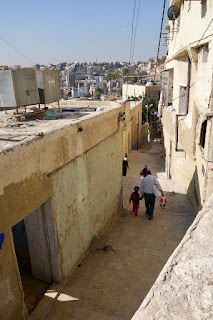 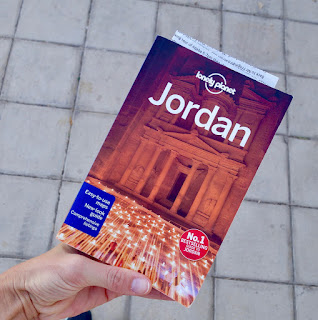 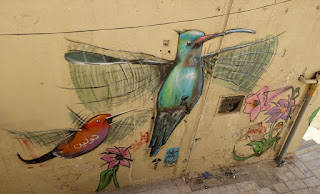 The two theatres were built around 161AD by the reigning Emperor with the larger holding 6,000 people. 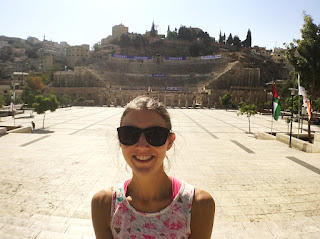 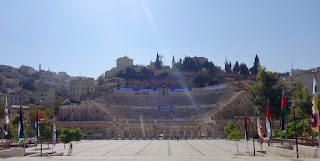 It was built into the hill, facing north to shield the audience from the sun, whereas the smaller Odeon had 500 seats and is still used today for music concerts - the original 'entertainment' at both places was much bloodier. 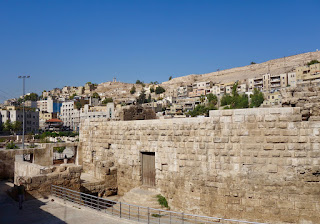 Running in front of the theatre was the ruins of the Forum... 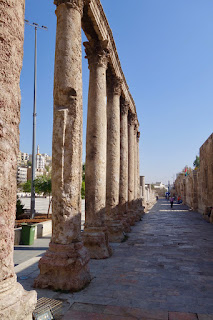 ...leading to the Nymphaeum.  The city's main fountain and apparently used to include a 600m2 pool. 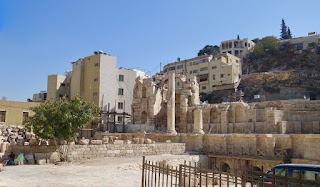