Posted by The Hungry Traveller on 05:30 in Asia Beauty Food Travel | Comments : 17 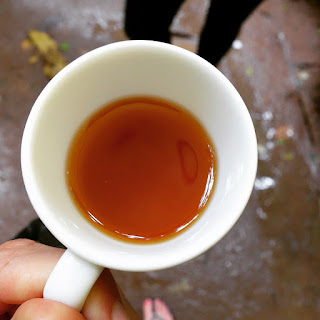 On the way to Kandy from Dambulla we stopped at Matale to visit one of the region’s spice gardens.

It was an interesting stop on the journey, if a little touristy and over-priced. We started with a buffet lunch, including a piece of chocolate cake! 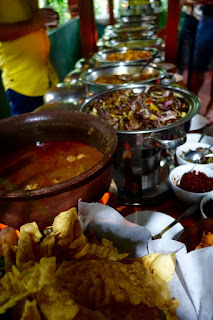 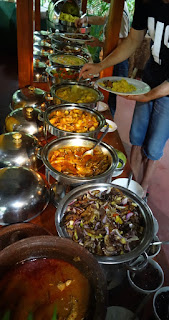 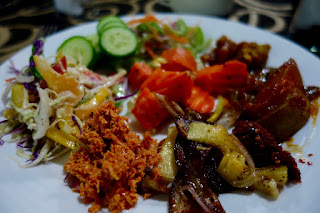 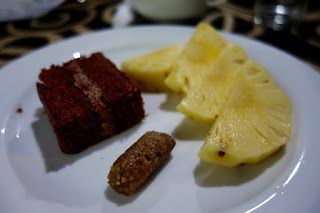 And then we headed off into the garden armed with umbrellas to shield us from the rain - made in the (monk) saffron colour so that no-one steals them. 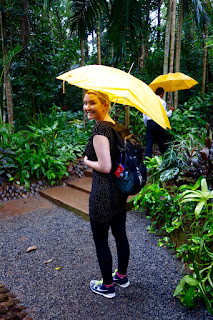 Sri Lanka is known for it’s high quality spices and has been the centre of the spice trade throughout history - almost all trade routes passed through the country, mostly because of the popularity of the spices and ivory available.

The doctor then gave us a tour of the spice and herb garden - showing us the plants and explaining their natural medicinal properties. 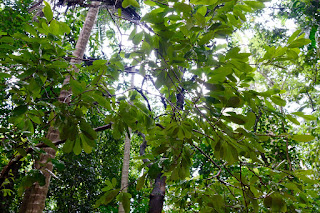 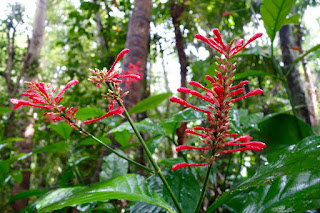 Including turmeric - its orange / yellow colour is usually used to dye foods and add a little peppery taste but it’s also a powerful anti-inflammatory. This plant also is effective in treating various aliments such as arthritis, cancer, liver disease, poor circulation and kidney infections. 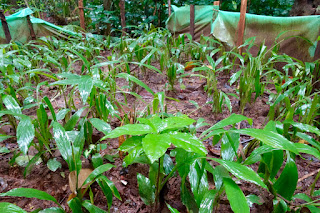 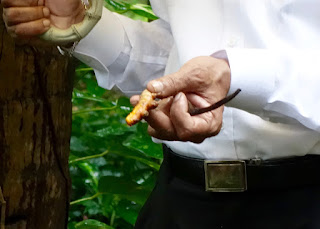 And ‘true cinnamon’ (most other cinnamon from other countries is from a related plant but not this one endemic to Sri Lanka). Cinnamon trade has been around since approx 2000BC and 90% of the true cinnamon traded around the world comes from Sri Lanka and is often used to add flavour to chocolate, desserts and drinks but it also has a lot of health benefits.

Before going to Sri Lanka I did an Ayurveda test to assess my dosha - aka mind-body types. There are three doshas (Vata, Pitta and Kapha) which represent the five elements and blend physical, emotional and mental characteristics. The idea is to understand what proportion of each dosha you consist of, identifying your dominant dosha so that you can then achieve Ayurveda health, which is a balance between mind, body and environment and creating a lifestyle that supports your own nature.

I was predominately ‘vata’ (with ‘pitta’ as my secondary dosha) and cinnamon bark is good for balancing vata people as it is a warming spice and supports digestion. Both Ayurveda and traditional Chinese medicine promote this spice to treat colds, diabetes, indigestion and high cholesterol.

If you want to find out your own dosha you can do a quiz on sites like this: Holistic Online

Knowing your type you can identify foods that help you to balance your type. For example this recipe I made before is ideal for me - warming, nourishing and easy to digest: Ayurveda pumpkin soup

We also learnt about vanilla (the second most expensive spice in the world - after saffron and before cardamom) where the Sri Lankan orchids produce Bourbon Vanilla. 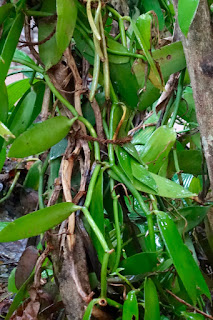 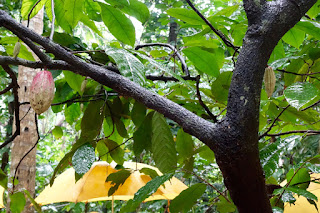 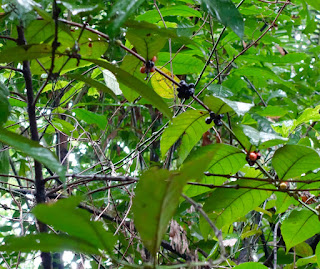 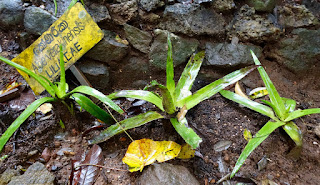 Whilst listening we sipped a tasty spiced tea - made from ginger, cinnamon, cardamon and vanilla. 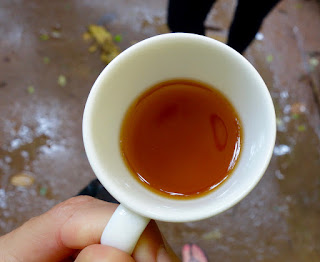 As an important spice island, a lot of locals are therefore very experienced with using and cooking with spices. So we also learnt about the spices and herbs combinations to make curries.

A few ‘top tips’ we were told:
Then we had a demonstration of various products….citronella, red oil, sandalwood, cinnamon oil, aloe vera, lime juice (apparently superior to lemon), banana extract, jojoba cream, fat loss pills and hair removal cream - which I even ended up being a volunteer for! 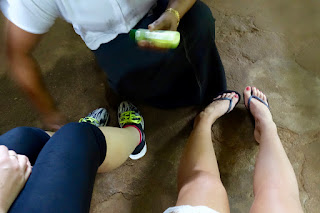 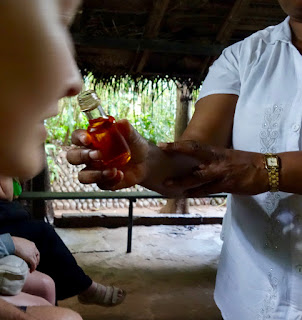 We were then treated to an invigorating Ayurveda massage with herbal balm and red oil which makes your skin warm but is also a treatment for backache, fibrosis, joint pain and arthritis. 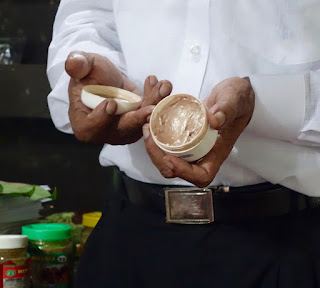 Last stop was the shop - honestly everything was very pricey (justified by our guide as it’s high quality and authentic, rather than imitation items from markets) but I treated myself to some citronella (as I was acquiring a lot of unwelcome and itchy mosquito bites), some of the massage balm/oil and some cinnamon powder. The cinnamon powder is to mix a teaspoon with hot water and lime juice as a morning cleanse drink…but I’m yet to do this. 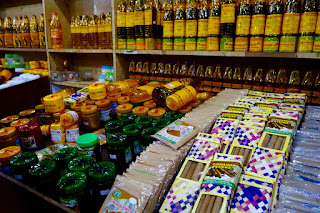 Then it was time to hit the road again for another hour’s journey onto Kandy.