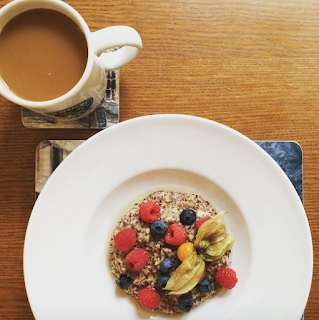 Now summer has officially left us behind, I'm craving wintery comfort foods.  So for breakfast I decided to give Kayla Itsines' quinoa porridge recipe a go.

It's simple to make, you just need a bit of time so it's a good weekend breakfast.

Boil up your quinoa in a saucepan and then simmer until most of the water has been absorbed.  Takes about 15-20 minutes. 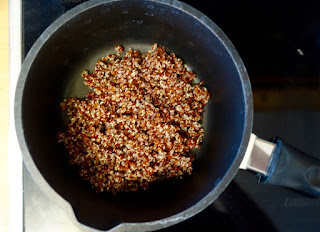 Then add the milk (I went for almond milk) and vanilla extract. 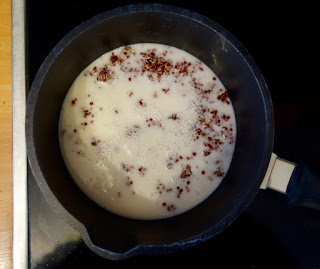 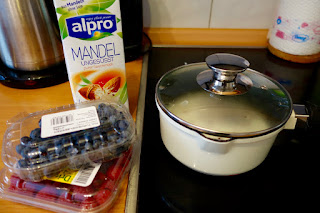 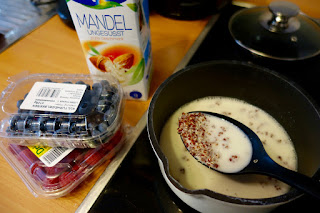 Then take the porridge off the heat and cover for about 10 more minutes.   This is when it thickens up into a nice creamy texture. 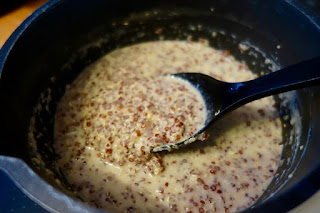 Then scoop into a bowl and add toppings of your choice.  I went for blueberries and raspberries. 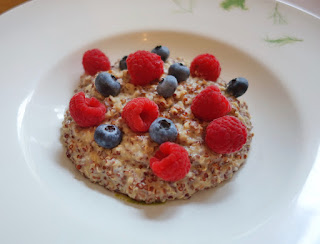 And then jazzed it up with some agave syrup and a physalis. 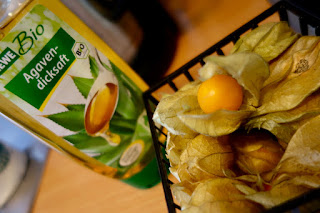 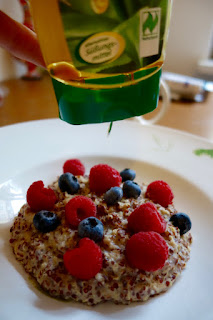 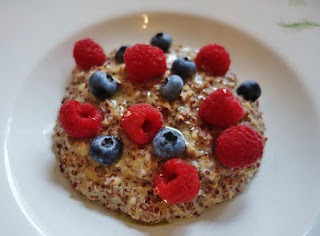 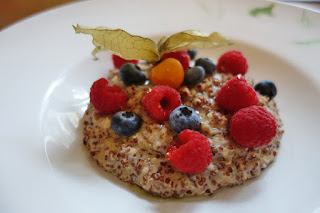 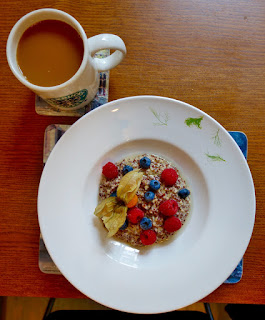 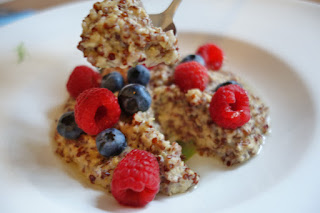