Posted by The Hungry Traveller on 02:00 in Europe Food Germany Travel | Comments : 0

After Fasching, the next event in the Munich calendar is ‘Starkbierfest’ (literally ‘strong beer festival’).

The origins of this are that during Lent the religious people couldn’t consume solid food and so the Paulaner monks created a beer that would give them more nutrition during this fasting time. This “doppelbock” is high in alcohol (approx 7-12%) and sweet to act as a ‘liquid bread’ which they called “Salvator” (“Saviour”).

To sample this beer, we put on our dirndls and headed to Nockherberg. The site of Paulaner beer since 1861.

It was like a much calmer, less touristy version of Oktoberfest. Okay it was a Tuesday evening, but still!

Of course, the first thing to do was order a beer… 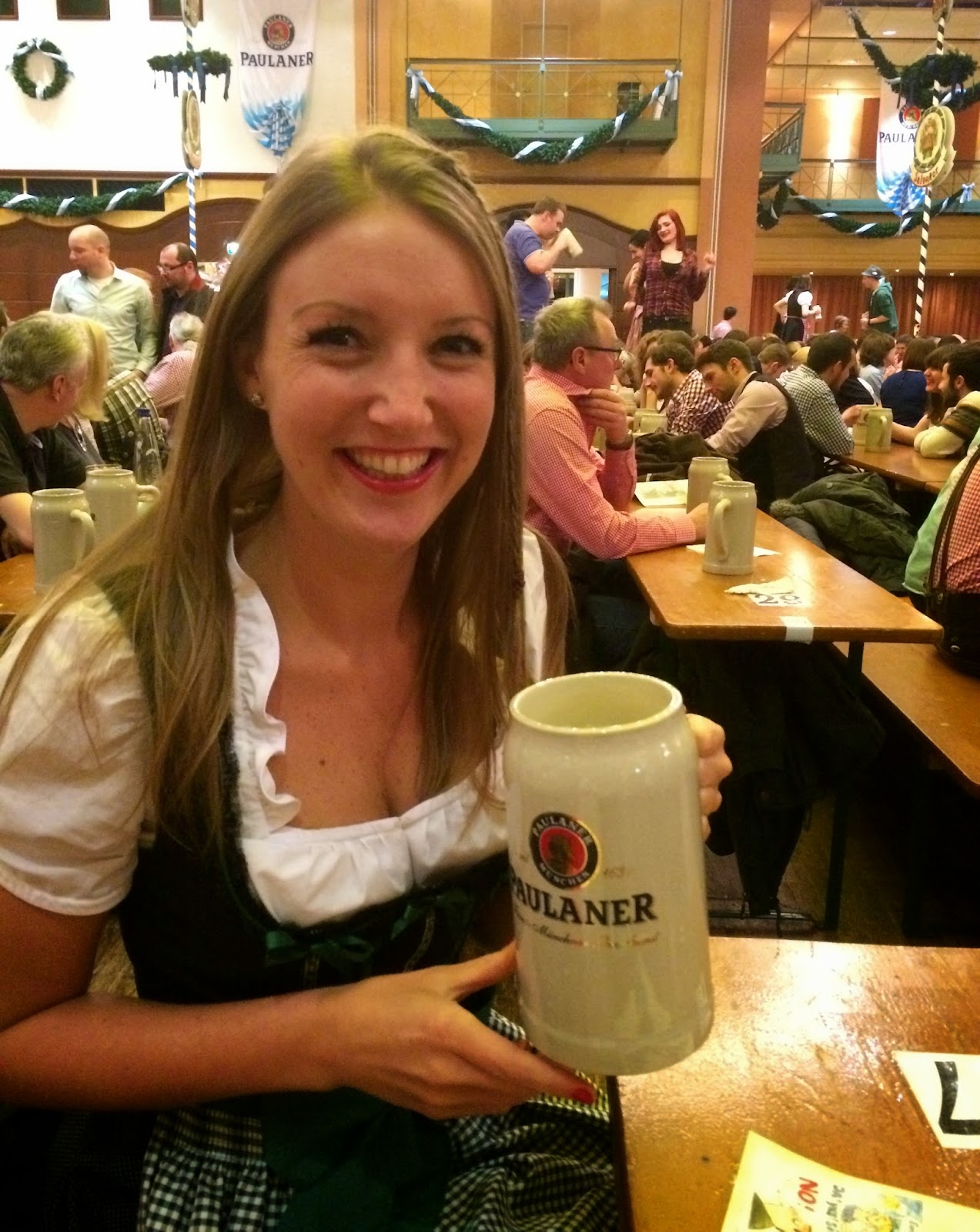 …followed by some food to soak it up!

Before making friends and dancing the evening away to the Bavarian band.