Posted by The Hungry Traveller on 05:53 in Asia Food Travel | Comments : 1

As part of our Easter trip to Dubai, we booked a desert tour to get us out of the city and into the nearby Arabian desert.

There's loads of companies that offer tours, including overnight stays in the desert but we opted for Fun Tours (a British run company).  We were picked up from our hotel around 3pm in the afternoon and dropped back around 10pm so it was a full afternoon adventure.

We were lucky because only a couple of days before there had been a big sandstorm which our driver told us what the strongest winds he'd seen in about 20 years, so everything was closed as you could barely see your hand in front of you!

We drove into the desert near the Oman boarder and then started with 'dune bashing' - basically off-roading on sand dunes. We loaded into Toyota Land Cruisers and headed out to play in the sand! 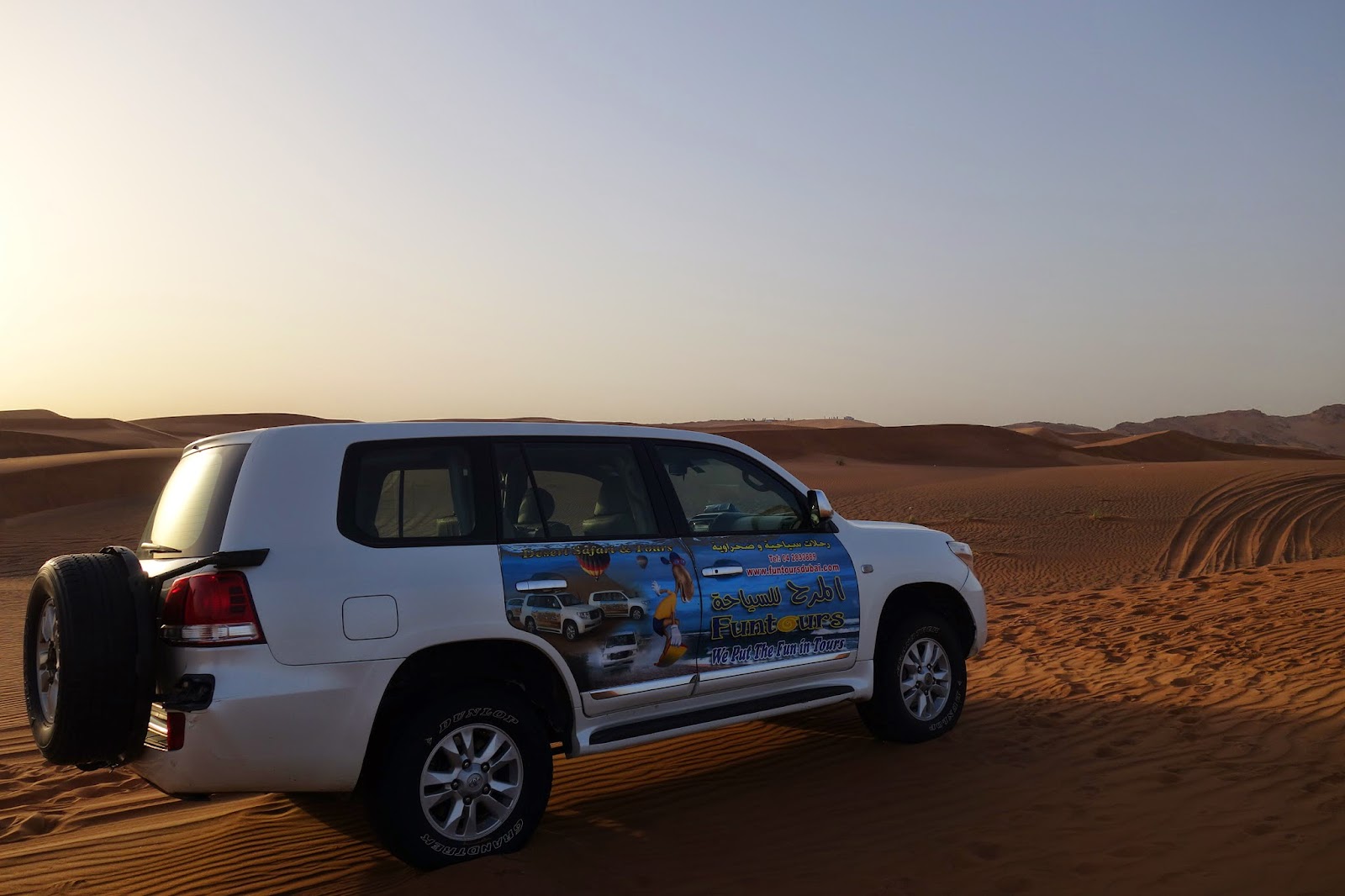 We flew over and along the sand - giggling, screaming and making pantomime-style sound effects.

With some picturesque stops.

Though I needed a lot of coaching - co-ordination is not my strongest skill!

And some yoga in the peaceful surroundings.

As well as some shadow-games! 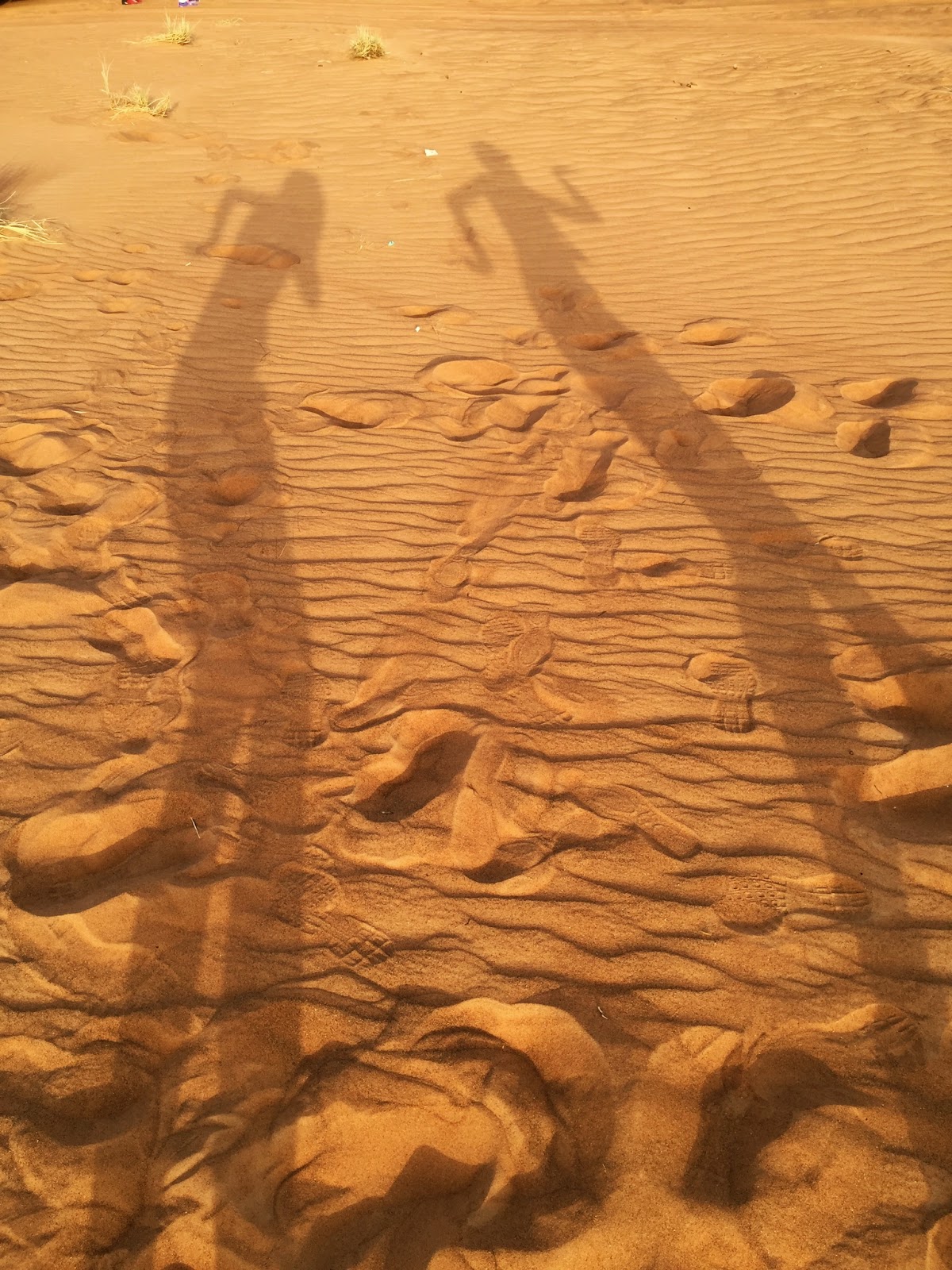 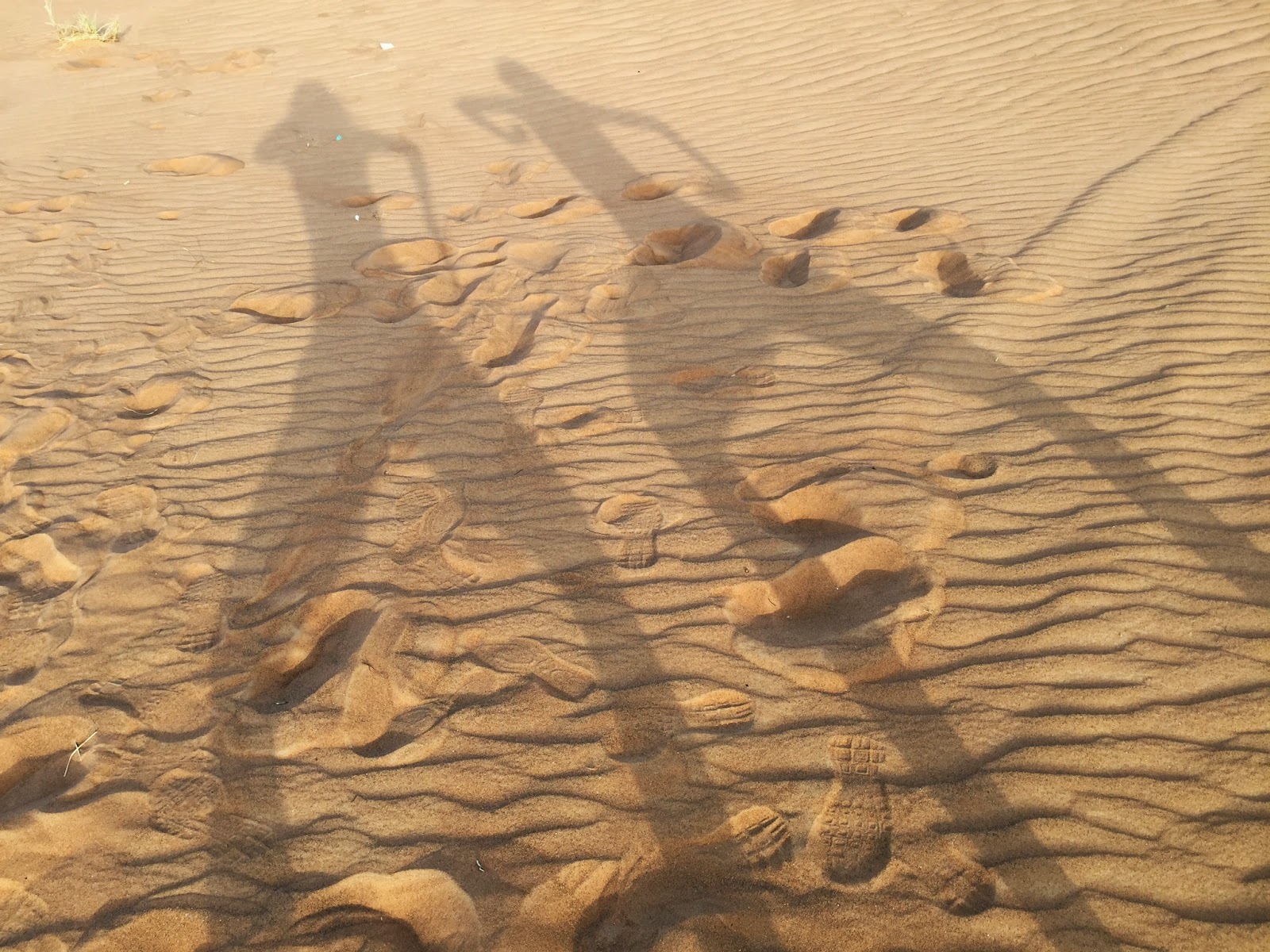 Our driver was very passionate about the desert - calling the sand 'living art' with it's changing style and colour. He also explained that rain is considered 'romantic' in Dubai. When it rains, people don't work and instead head into the desert to party! It's definitely a little different in the UK...imagine - we'd rarely be working! 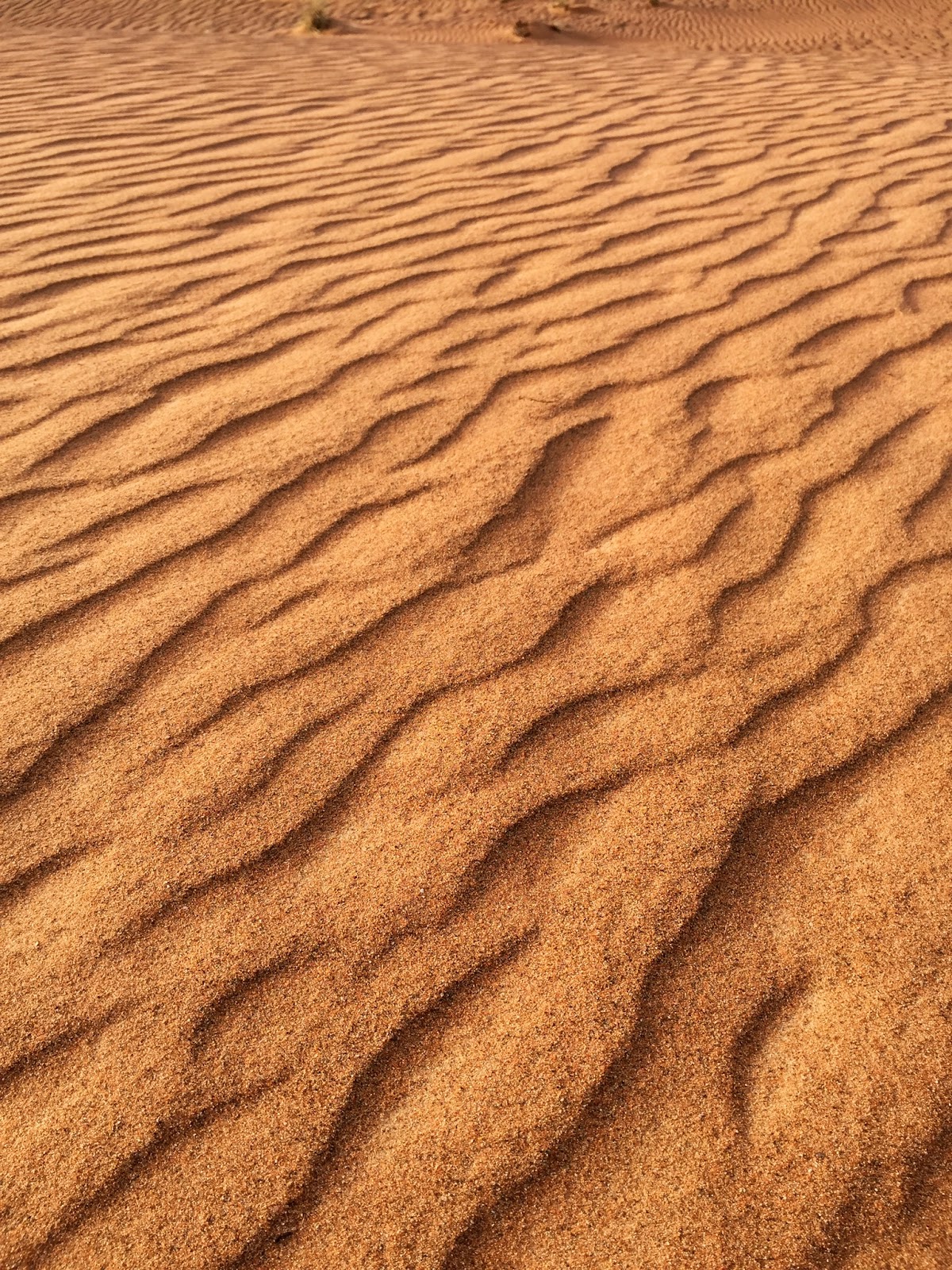 Then at sunset we headed to the desert camp where there was lots (of touristy things!) to do... 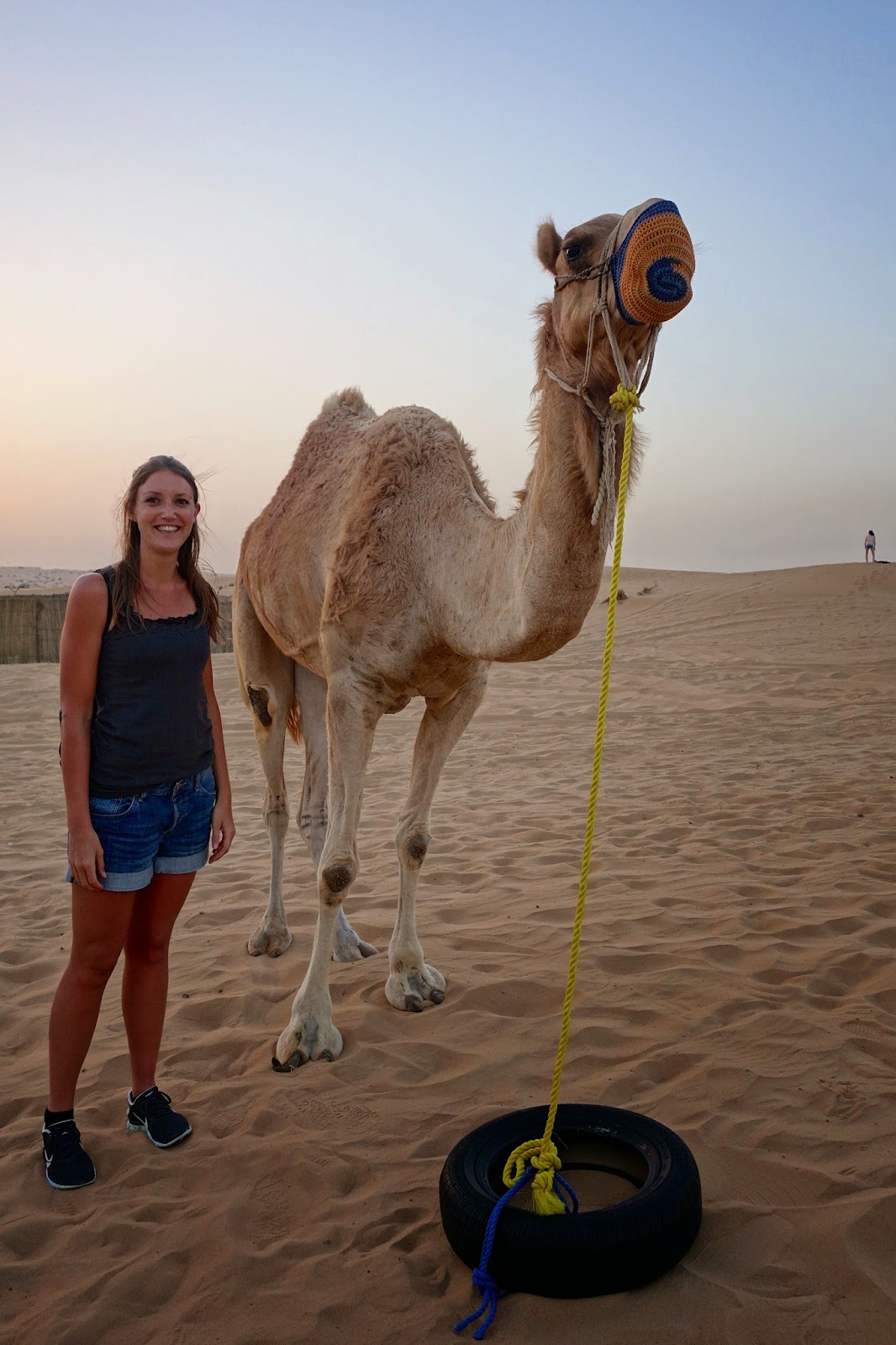 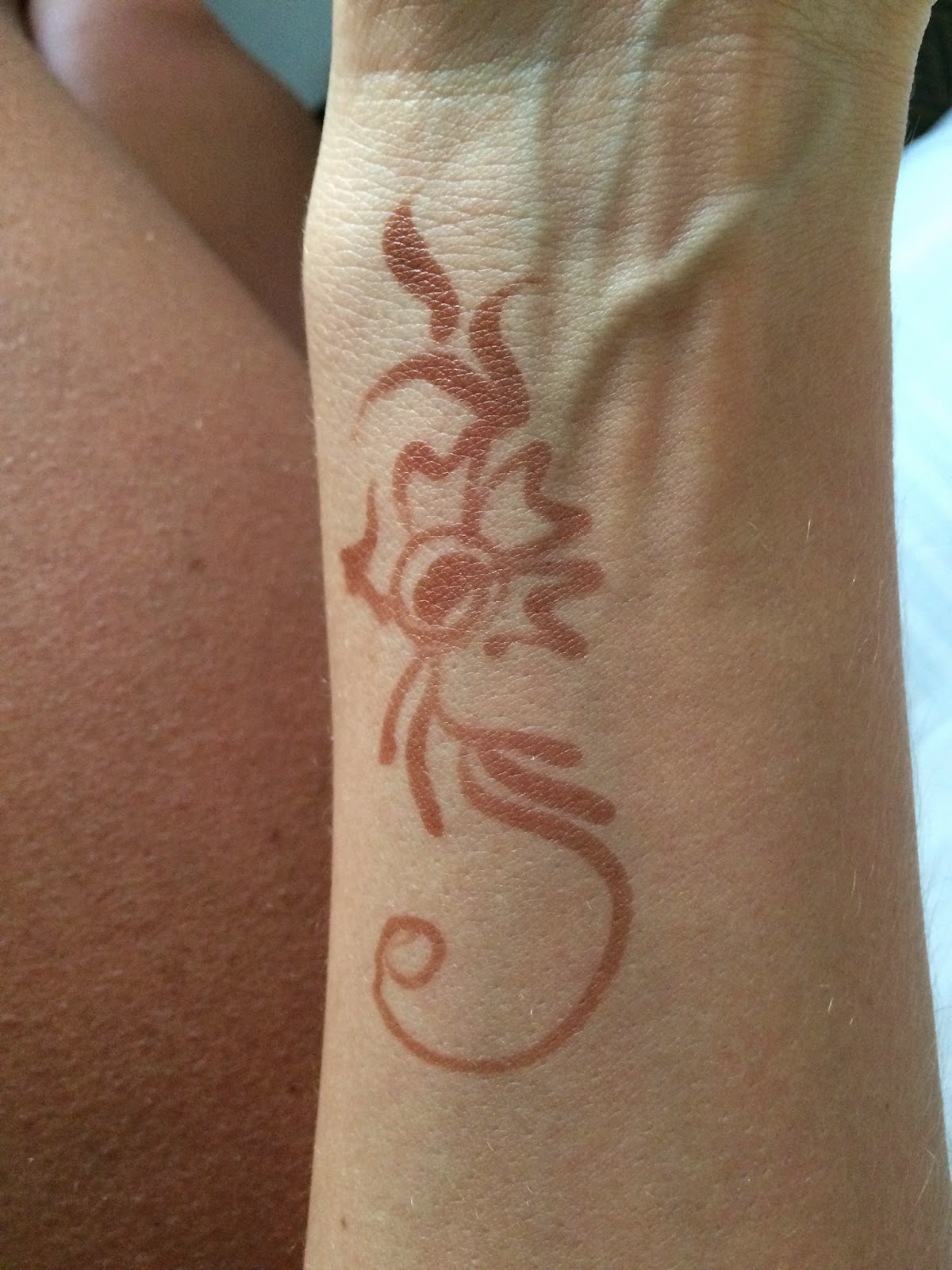 then there was a BBQ / international buffet dinner.

We had to queue up in separate lines for men and women, before piling our plates with food...

then it was 'show time' 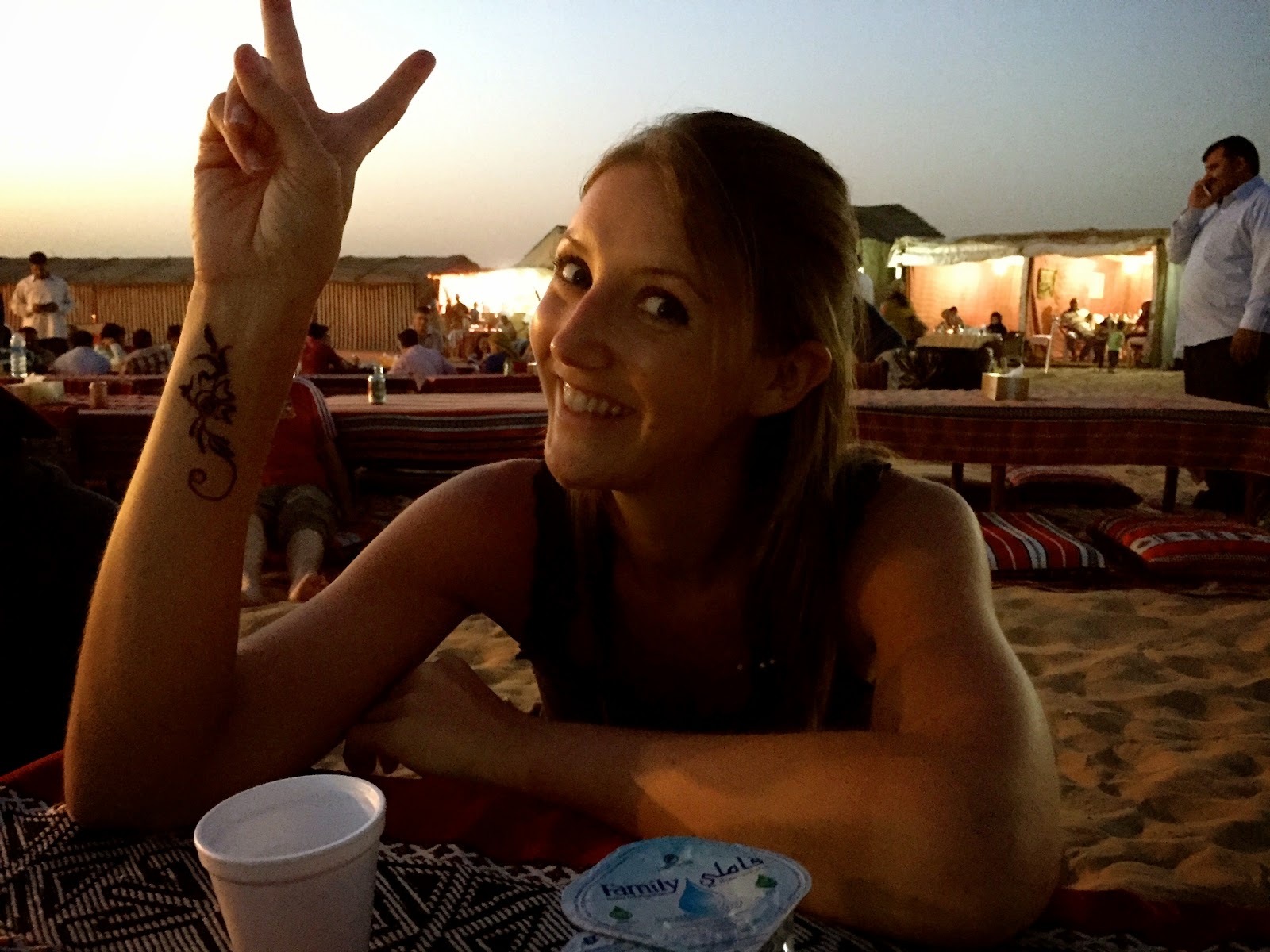 we had a few different shows: 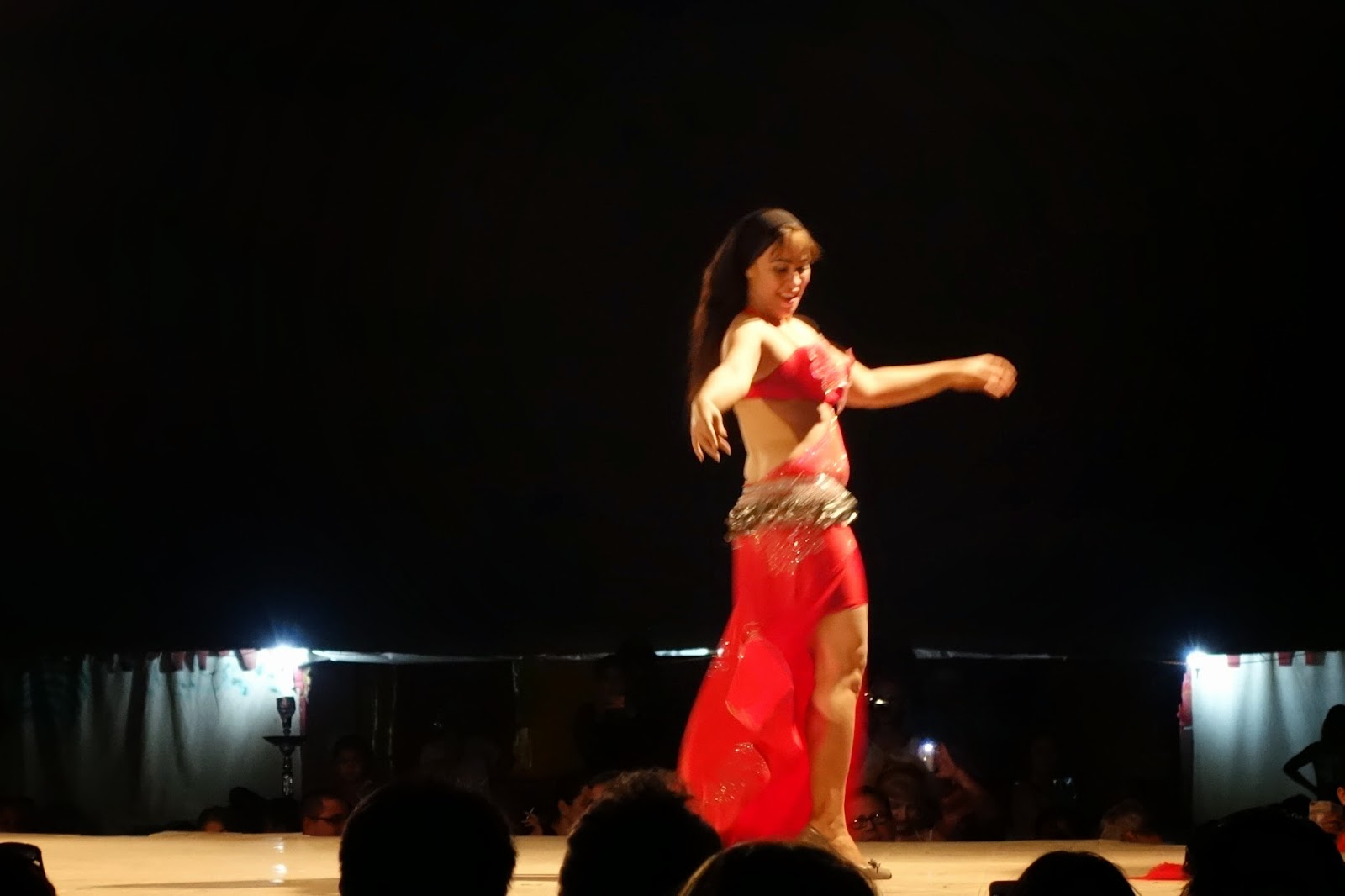 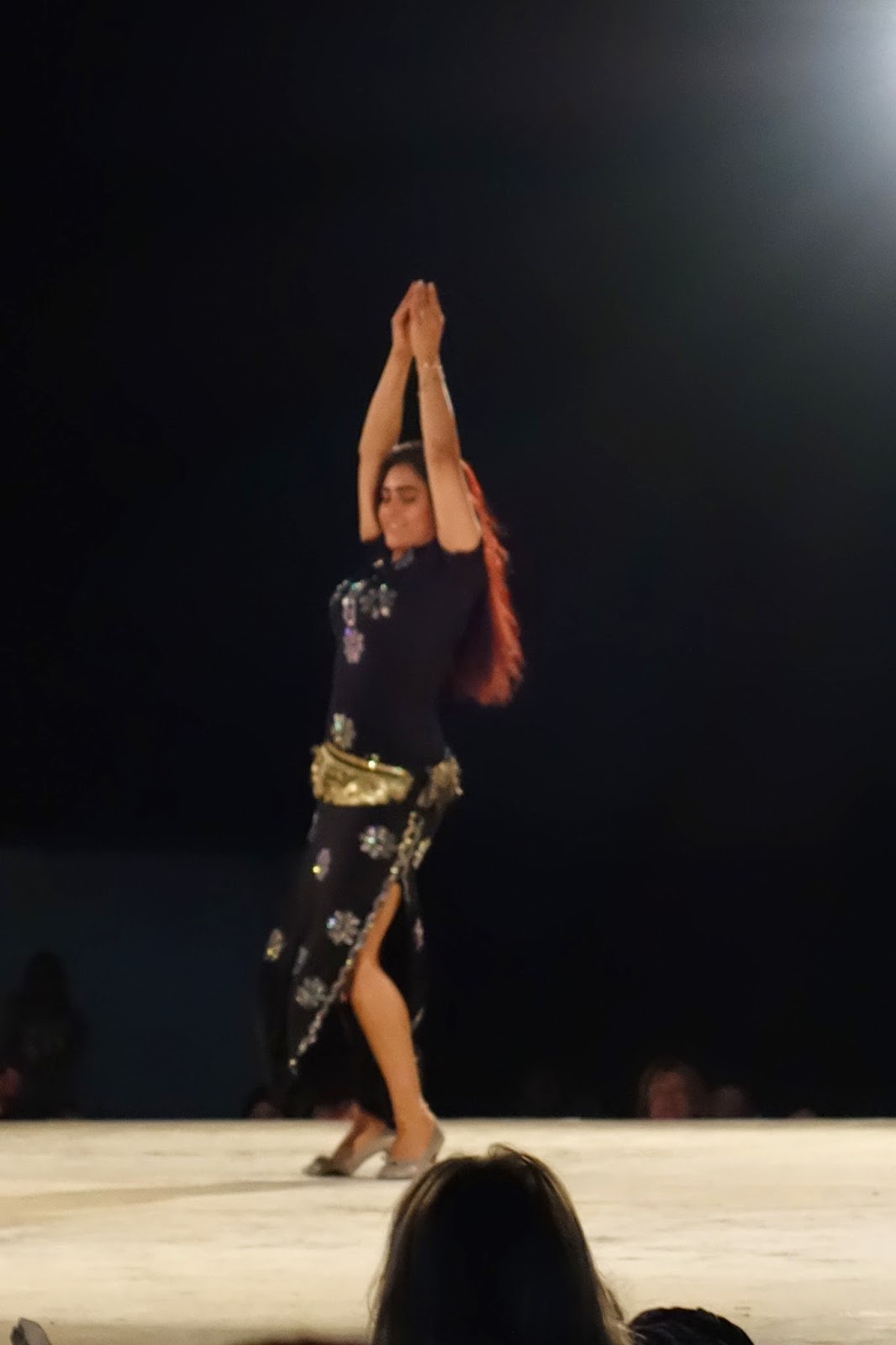 tanoura (Egyptian folk dancing) performed by Sufi men, Darawish, where each colour on the skirt represents a Sufi order 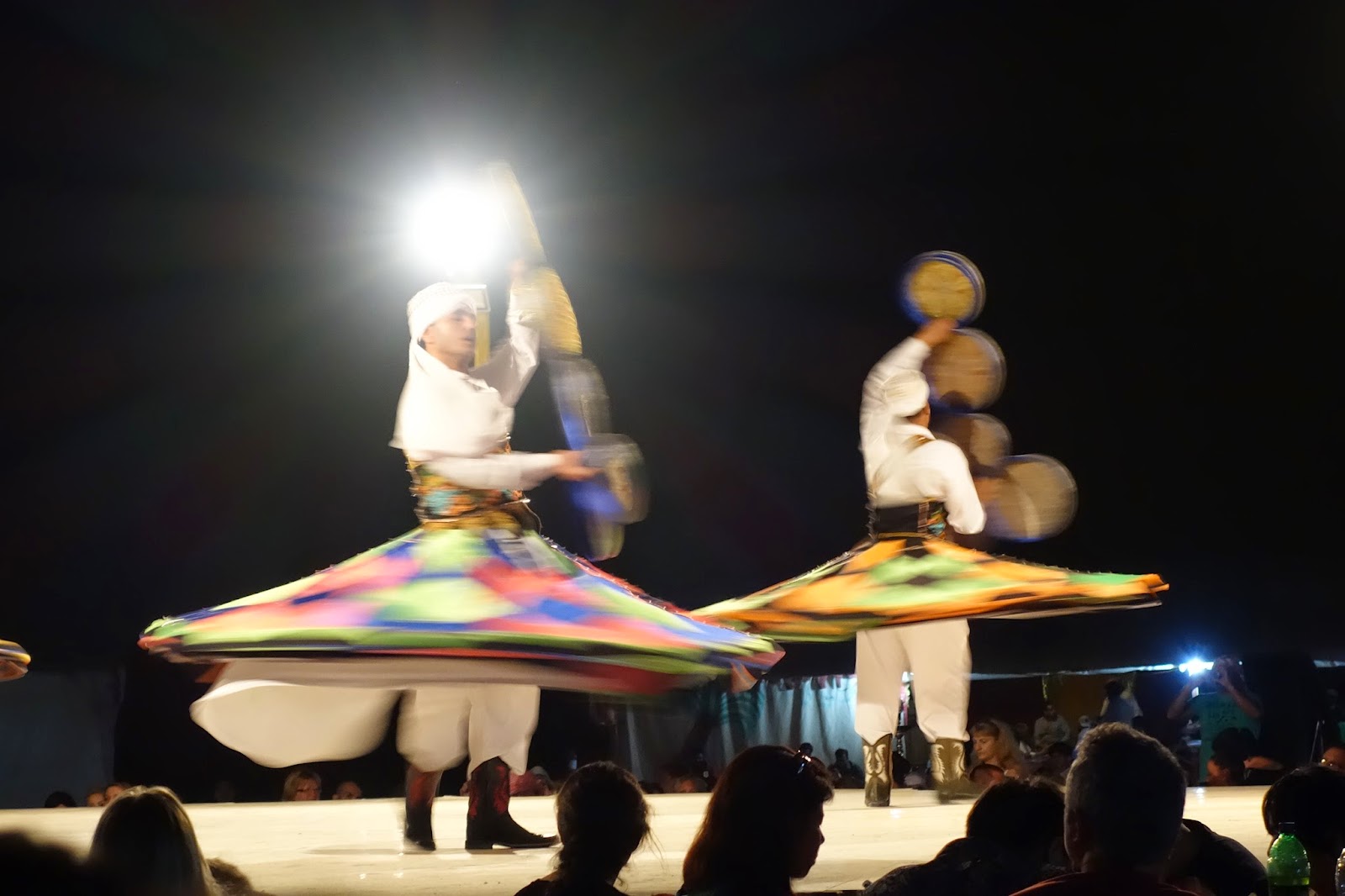 and finally a carnival show

before heading back, under the full moon, to the city.