Posted by The Hungry Traveller on 22:01 in Europe Food Travel | Comments : 0

I’m very lucky that I get to travel quite a bit with my job. Usually it’s pretty far afield, but this time it was a little closer to home – Belgium.

Which meant every meeting came with a delicious treat! Beats biscuits anyday.

As part of the visit we had an evening out in Ghent. I’ve never heard of Ghent but it’s as charming as Bruges but less ‘touristy’. A historic Flanders port now home to 250,000 people, including 60,000 students.

We wandered along the cobbled streets, crossing over canals and admiring the dramatic skyline.

There are three towers dominating the view: St Nicholas Church, the Belfort and St Bavo's cathedral. 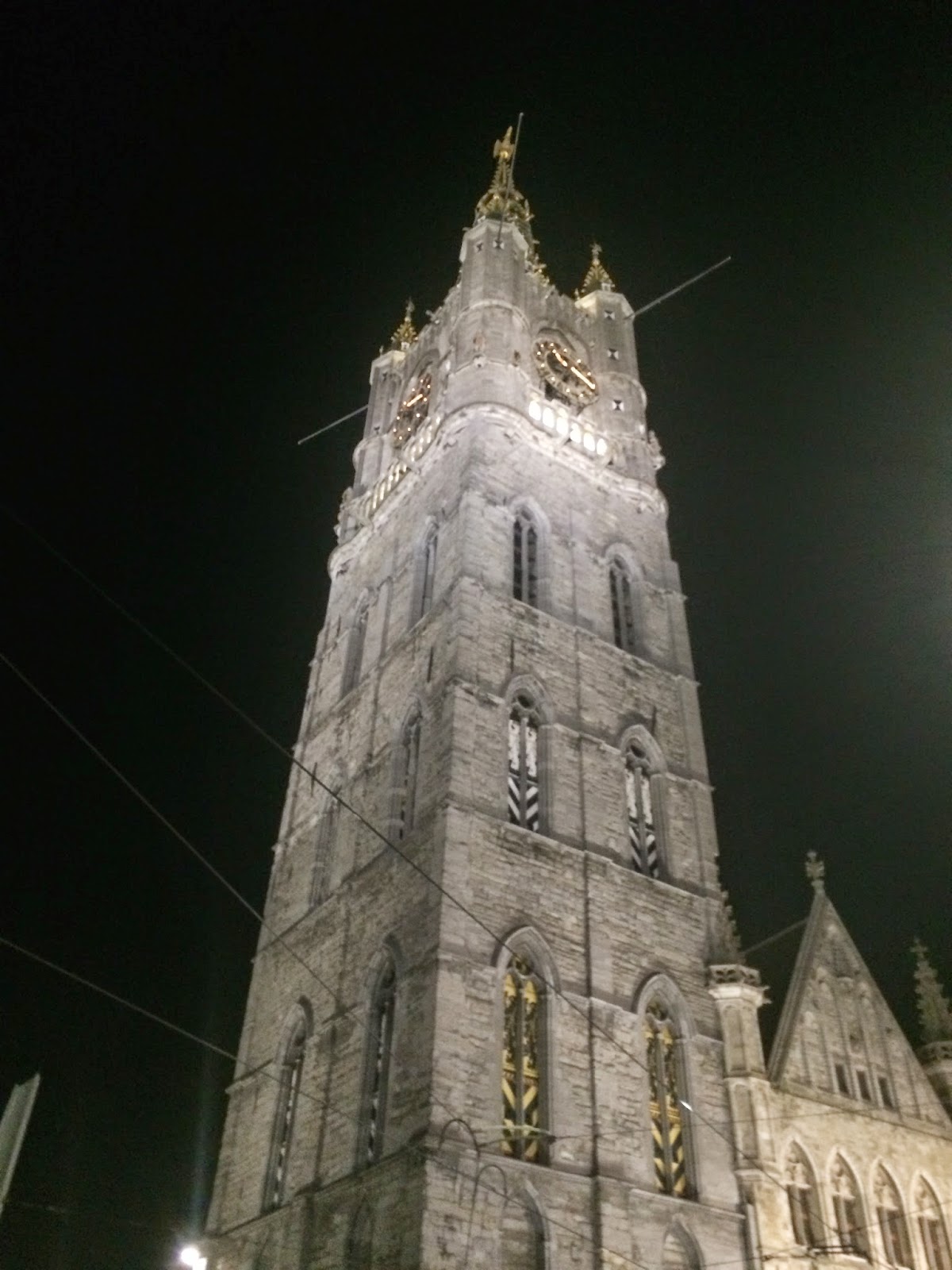 Before heading to dinner at Pakhuis - an impressively converted former warehouse.

There I opted for...beef carpaccio

roasted chicken breast (from their own farm)

Accompanied by lots of tasty wine.

Then it was time to walk off our dinner with a city stroll.

We walked under the ‘sheep barn’ (Stadshal) - the iconic city pavilion.

And through Kouter, a grand square, which is was the original site for the annual (and apparently famous) Ghent Festival ("Gentse Feesten") when artists, performers and musicians fill the city streets giving free performances for 10 days in late July. 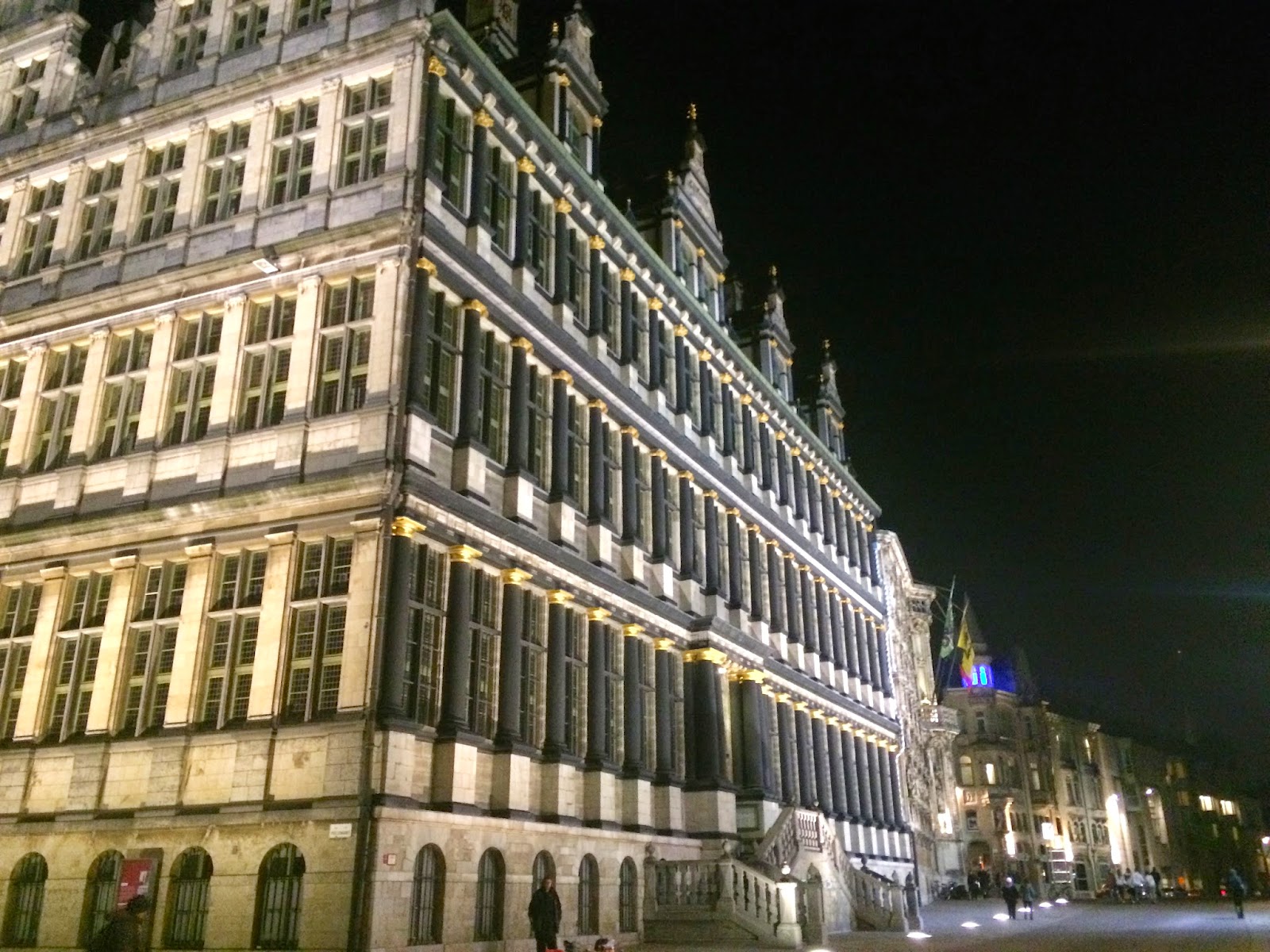 Then we spotted the medieval Gravensteen ("Castle of the Counts")

Before a final drink in the tiniest pub I’ve ever been in - Het Galgenhuis ("The Gallows House"). The ‘upstairs’ even had a weight limit as it perched on top of the bar. Its a room-sized tavern in a lean-to built onto the gothic Butchers' Hall.

I'm already planning to go back for the summer culture festival.