Posted by The Hungry Traveller on 02:00 in Central America Food Travel | Comments : 1

We woke up to the sounds of the jungle around us. 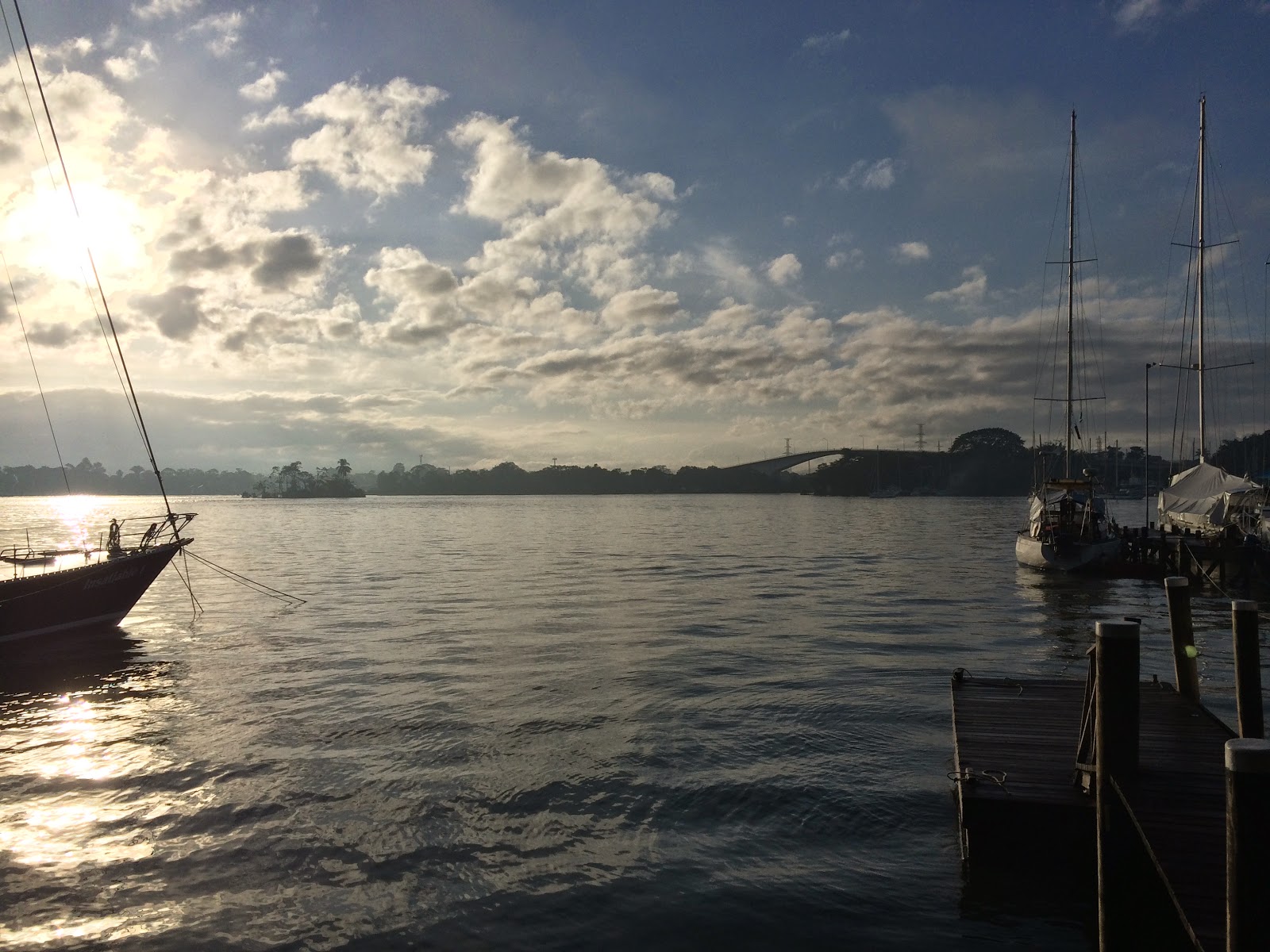 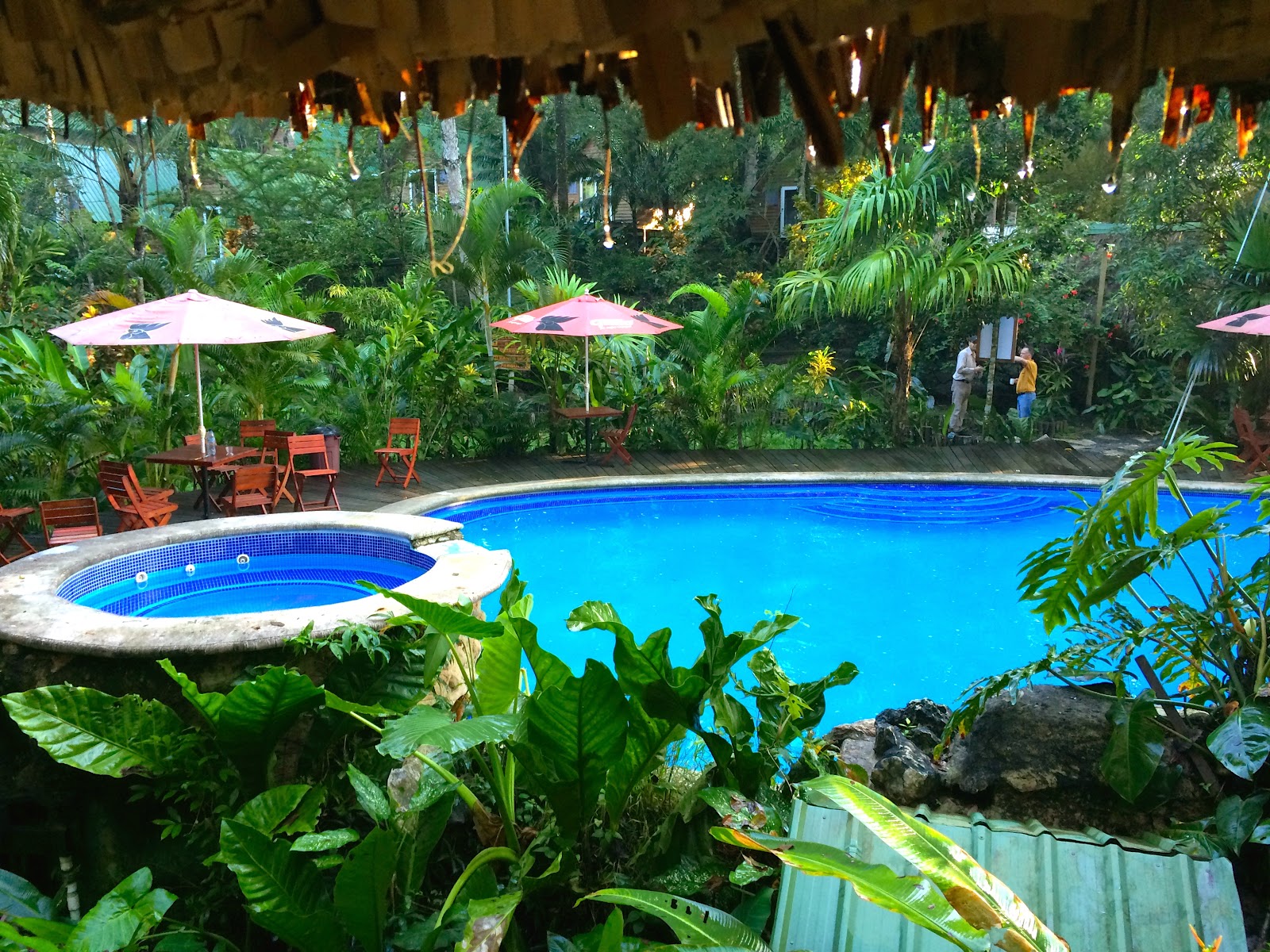 A few of us had decided to visit a natural hot springs ("Finca el Paraiso") this morning – others went on jungle hikes, horse-riding or canoes in the river.

It wasn’t that straight-forward to get there but it’s interesting to do, if you have the time.

We caught a boat back to Rio Dulce, and then climbed into a public minibus – fortunately we got a seat, because others were on the roof or hanging out the open door!

Then we got out of the van in apparently the middle of nowhere, paid a local man an entrance fee, and then were lead to the springs….

The springs itself were essentially a waterfall in the middle of the jungle. The smell of sulphar got stronger as we got closer! The river itself was cool, whilst the water coming down from the waterfall was hot – warmed by the volcano above.

We swam around the pool and clambered up onto the rocks to feel only the warm water (earning myself some bruises and scrapes in the process!) in a sulphar sauna!

After a while we decided to head back.


Once back in Rio Dulce (whose name literally means ‘sweet river’) we went to the market stalls and picked up some lunch supplies.

I made a delicious fresh lunch - topped off with some of the great local hot sauce!

Then it was time to leave the peaceful riverside town and set off for Flores.


Cue a 5 hour bus trip – featuring the third day of the beautiful banana bread!  By this time the roomie and I had taken to dressing the same...great minds!

Early evening we arrived in Flores – it’s a town on an island on Lago Petén Itzá, connected to land by a causeway. The reason most people visit Flores is to visit nearby Tikal – the most famous Mayan ruins in Guatemala.

However the town itself is also charming – packed with colonial buildings and cobblestone streets around a Spanish plaza and historic church. It’s usually a quiet and peaceful place but the day we arrived was also a celebration of their patron saint so there was a great buzz – a procession filled the streets and the lakeside was bustling with food and jewelry stalls.

Having walked up an appetite we headed to a lakeside grill place (Cafe Raices) for dinner.

To avoid having to choose just one item from the menu, I opted for the ‘mixed grill’ which was full of chicken, beef and veggies. Not as good as the one in Panajachel, but still pretty tasty.

We were leaving the next day at 5am so headed back to our (randomly decorated!) hotel after dinner. 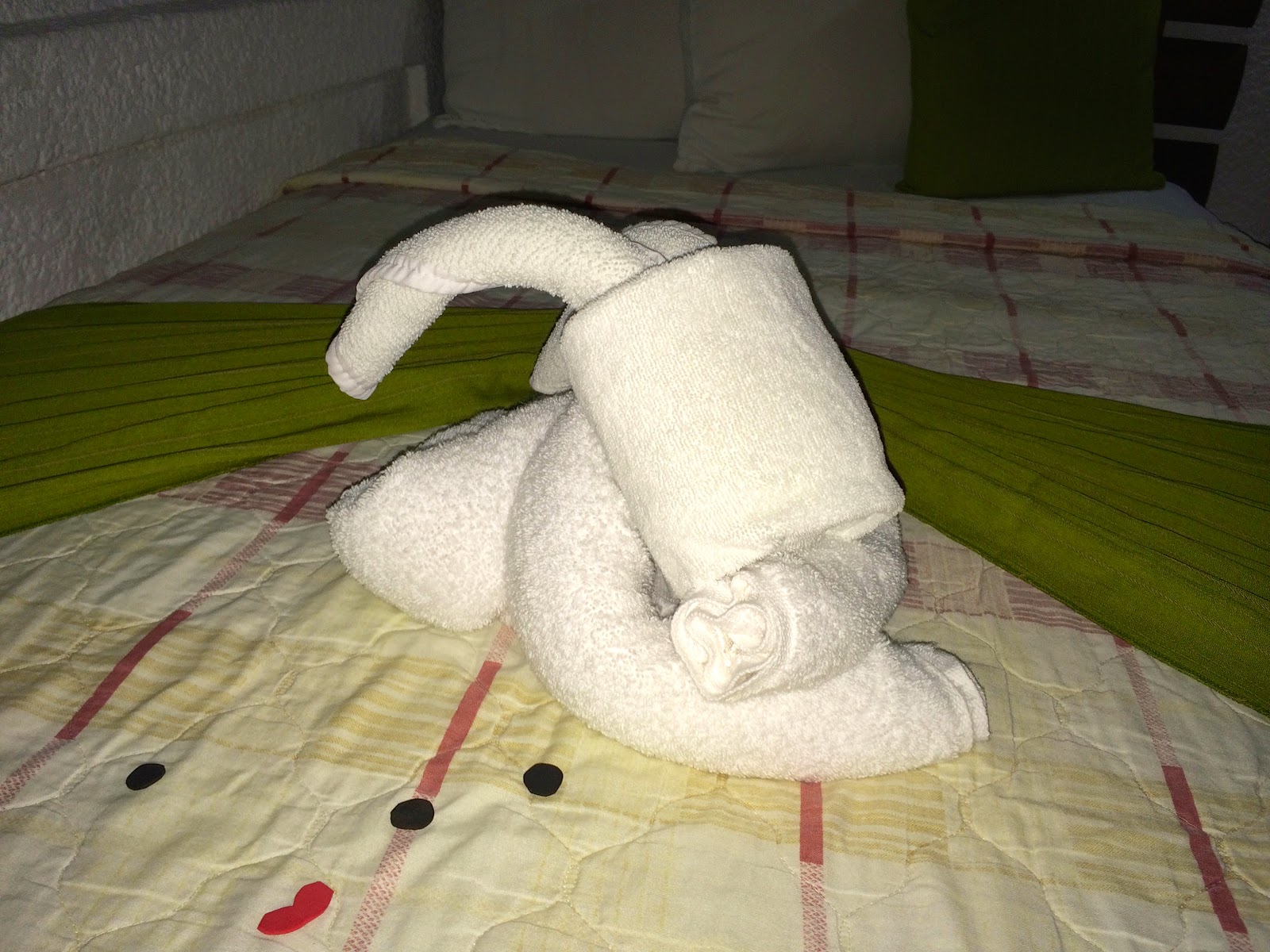