Today was another excellent day in Central America! We started off by heading to Antigua’s main market ("Calz de Santa Lucía Sur") to the bus station – full of brightly coloured 'chicken’ buses. 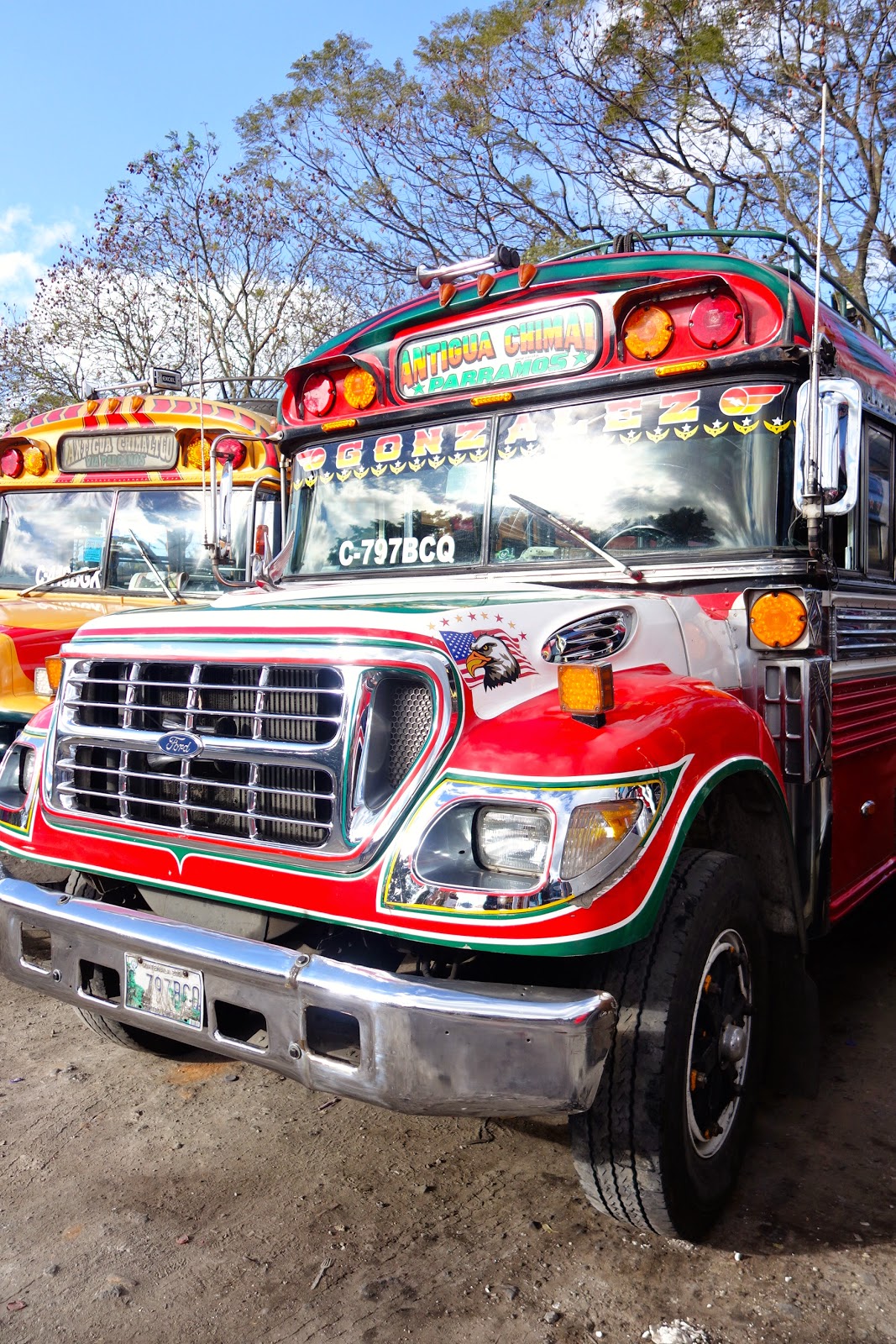 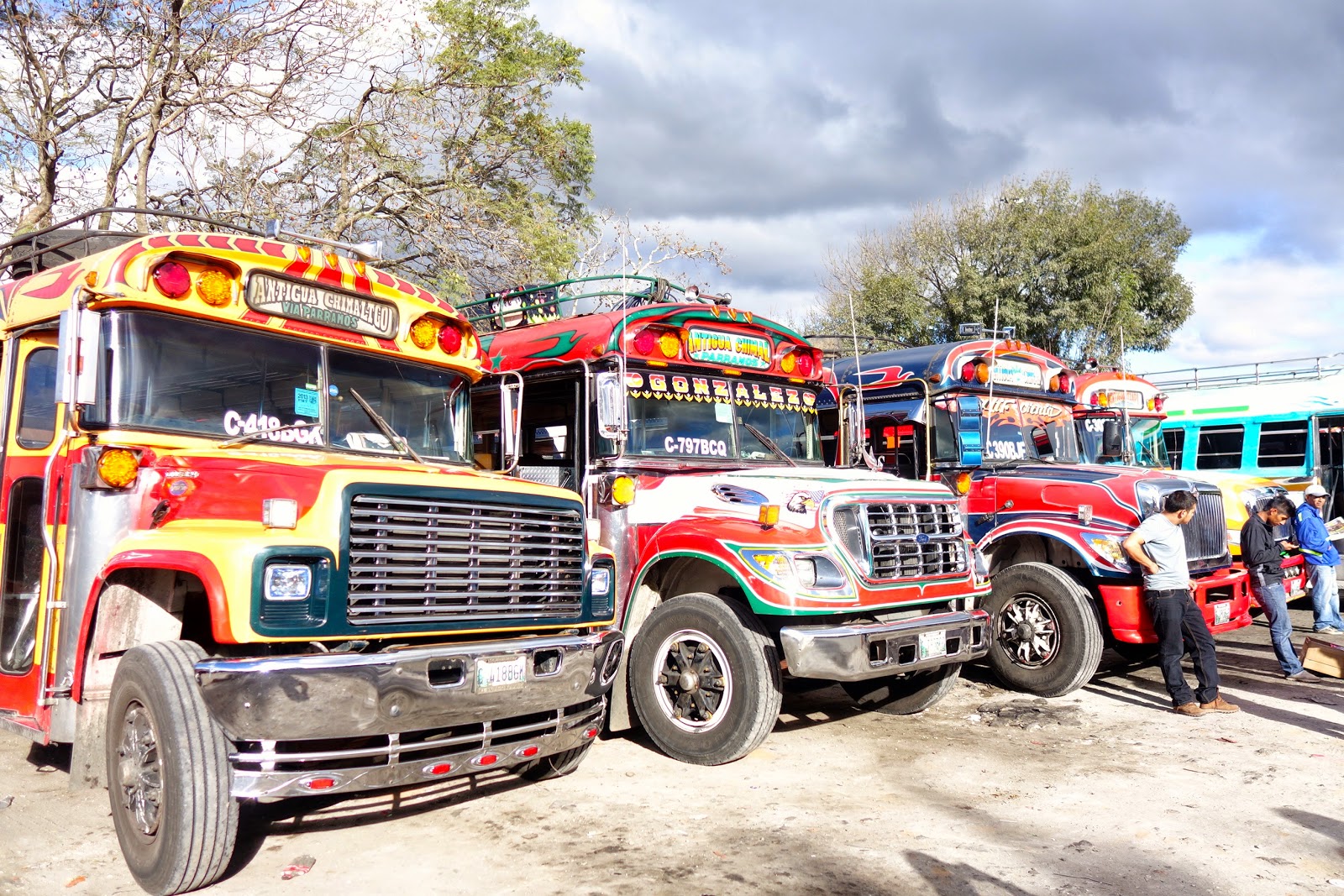 We bordered a quiet one (unusual here!) and headed off to our breakfast spot…

…at a beautiful macadamia nut farm!

We took a seat on large wooden benches amongst the trees, sipping tasty coffee ("grown and roasted organically by the staff and their families").

These fluffy delights had chopped macadamias in the pancakes themselves and then were drizzled in a macadamia nut butter (think peanut butter but perhaps even better) and then to ‘lift’ the flavour a generous spoonful of homemade blueberry jam! Heaven…

Then the farm owner – a real character from America – gave us a tour around his site.

Whilst we were walking all over nuts and the shells...

...he showed us the nuts drying in the sunshine...

…and then the various products they produce:

Chocolate, nut oil (for hair and skin) and nut creams…

I ended up buying a bag of nuts to add to my ever-growing snack pack! 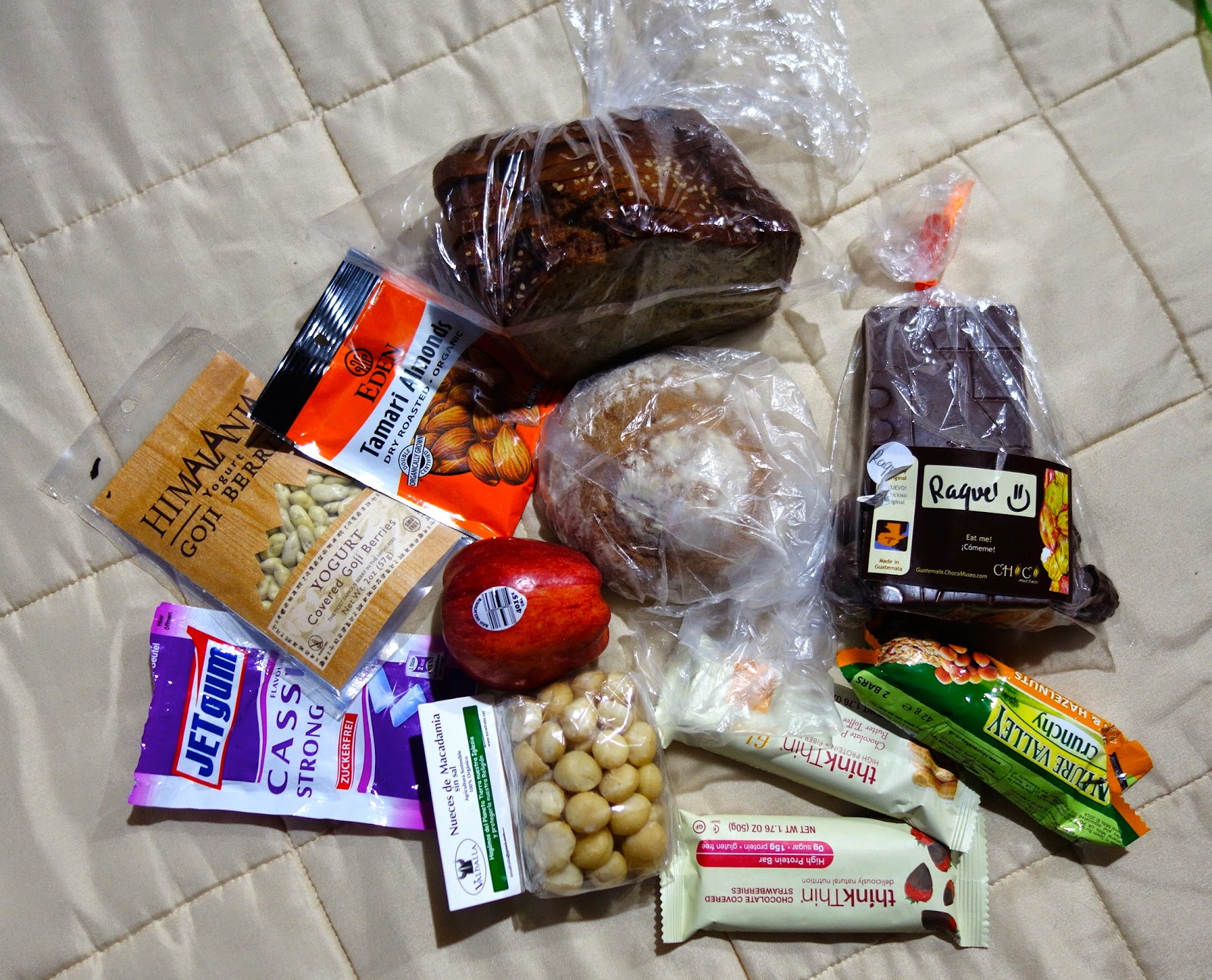 After using their "must visit" toilet...

...and admiring the pretty farm...

...we headed back to Antigua city where Lisa and I headed out to explore this peaceful colonial city.

It’s cobblestone streets are remarkably similar though so it’s ridiculously easy to get lost – especially when you have navigation skills like mine!

All buildings can also only be painted in one of five colours so it’s very disorientating.

The city is surrounded by volcanoes and, unlike the previous day, the skies were clearer and we could see the mountain peaks around.

There’s also some great organic health stores which is great for some healthy snacks and some colourful markets for picking up presents.

We had a little market-stall snack near the cathedral…

…before heading to ‘Choco Museum’ for a chocolate-making class.

This is a must do in Antigua. We had such a good time!

The shop is full of delicious treats:

The class started with us learning all about the history of chocolate in Central America.
A quick summary for you is that the Mayans and Aztecs believed that cacao seeds were gives from the God of Wisdom (Quetzalcoatl) and were valued so much they were even used as 'money'.  Cacao was originally only a bitter, frothy drink mixed with spices.  It was also believe to be an aphrodisiac and give the drinker strength.  Once Christopher Columbus and the Spanish took it home, sugar was added to it and it became popular throughout Europe.  Although it originated in the Americas, today more than half of the world's cocoa is produced in Western Africa.

Then we learnt about the process on how chocolate is made…

….before putting it all into action!

We did every stage – from roasting cocoa beans, to peeling, grinding….

We also made cacao teas… 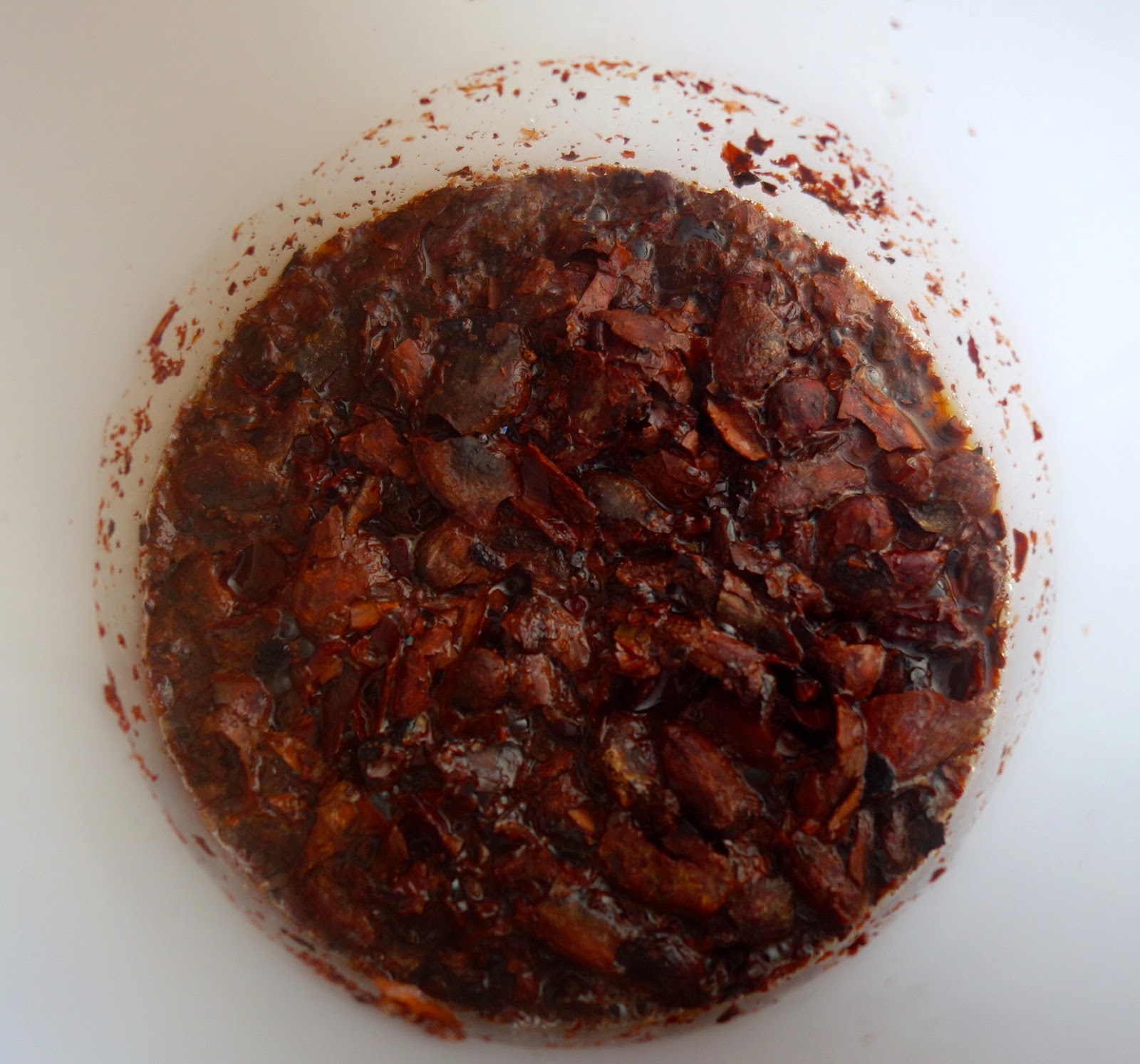 Before we moved to actually making our own chocolates

I chose milk chocolate and a selection of fillings

You have to make sure you bang your case on the counter to remove any airbubbles and settle the fillings.

I made a big selection of tasty treats…

…before licking my bowl clean! It’s tough being a cook!

Then we had to leave our chocolates in the fridge to set for 45 minutes.

So we headed out to wander the sunny streets…until we were distracted by a delicious smell.

We walked, sniffing, into a bakery – not quite figuring out what this amazing smell was…until the lady behind the counter held up a banana bread.

We eagerly bought half a loaf and almost skipped out of the bakery! It was the start of a foodie love affair!

We picked up our now-set chocolates and sat in the square with them and our newly-acquired banana bread….

…and had an amazing mid-afternoon snack!

Then it was time to head back to the hotel and start the second half of our tour – complete with a new tour leader.

We headed out for dinner at Rainbow Café.  It was a good venue – with live music going on. It turned out to be ‘open mic’ night so there were some strange additions but overall a good selection of music and some talented performers.

After our afternoon feast I had a light dinner – salad and a very bright green mint tea.

Then we headed out for a little more salsa dancing…unfortunately this was a last night on the first half of the tour and so we were losing some of our original group – including my miniature roommate, Jess! #sadface