Posted by The Hungry Traveller on 22:49 in Central America Food Travel | Comments : 2


Morning arrived and I was excited to meet the rest of my tour group and head off to the famous Mayan ruins of Chichén Itzá, about 125km west of the city. We had a very detailed (long!) guided tour around this large archaeological site – I won’t overdose you with historical facts, but safe to say, if you're in the area, it's worth a visit! 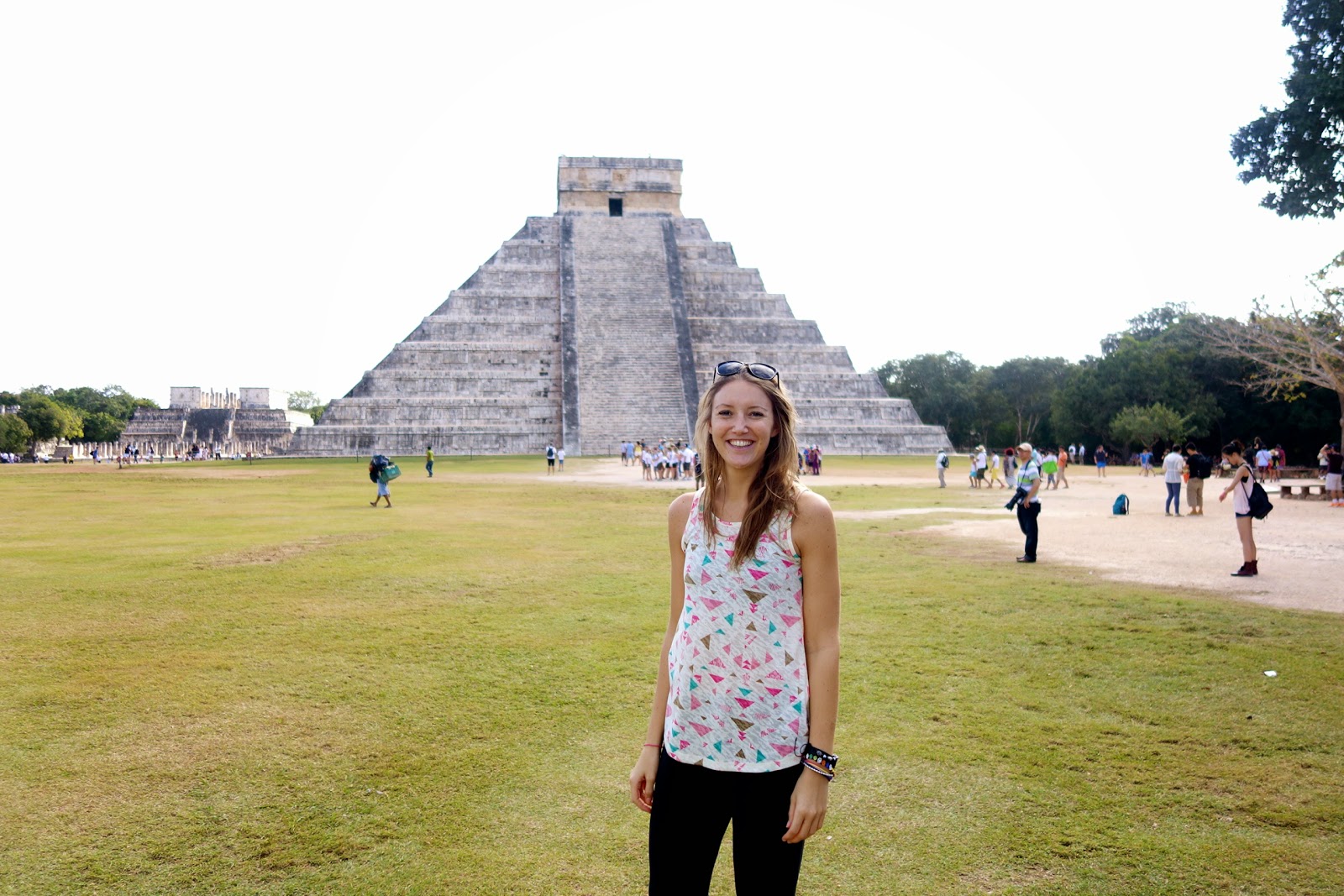 There are different sections to the site of this large Mayan city (map here if you’re interested), but the most iconic is the Great Northern Platform which includes the towering 75 foot El Castillo (“The Castle”) pyramid, named one of the “Seven New Wonders of the World” in 2007. 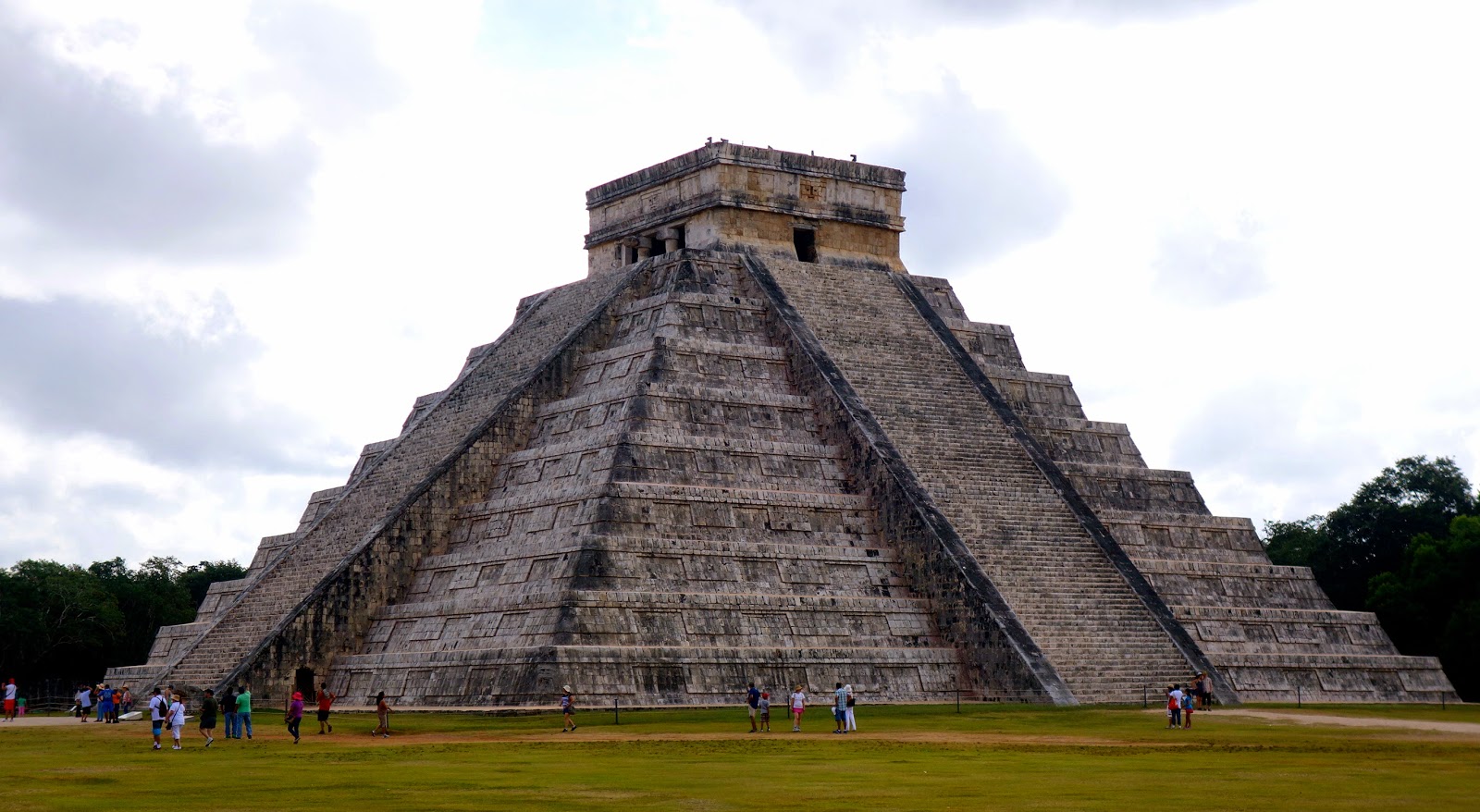 There is also a large ball court where players literally played to the death – the captain of the winning team was honoured by being sacrificed to the gods. The game was played in a 480 foot long area, surrounded by two 27 foot high walls with small stone rings near the top. 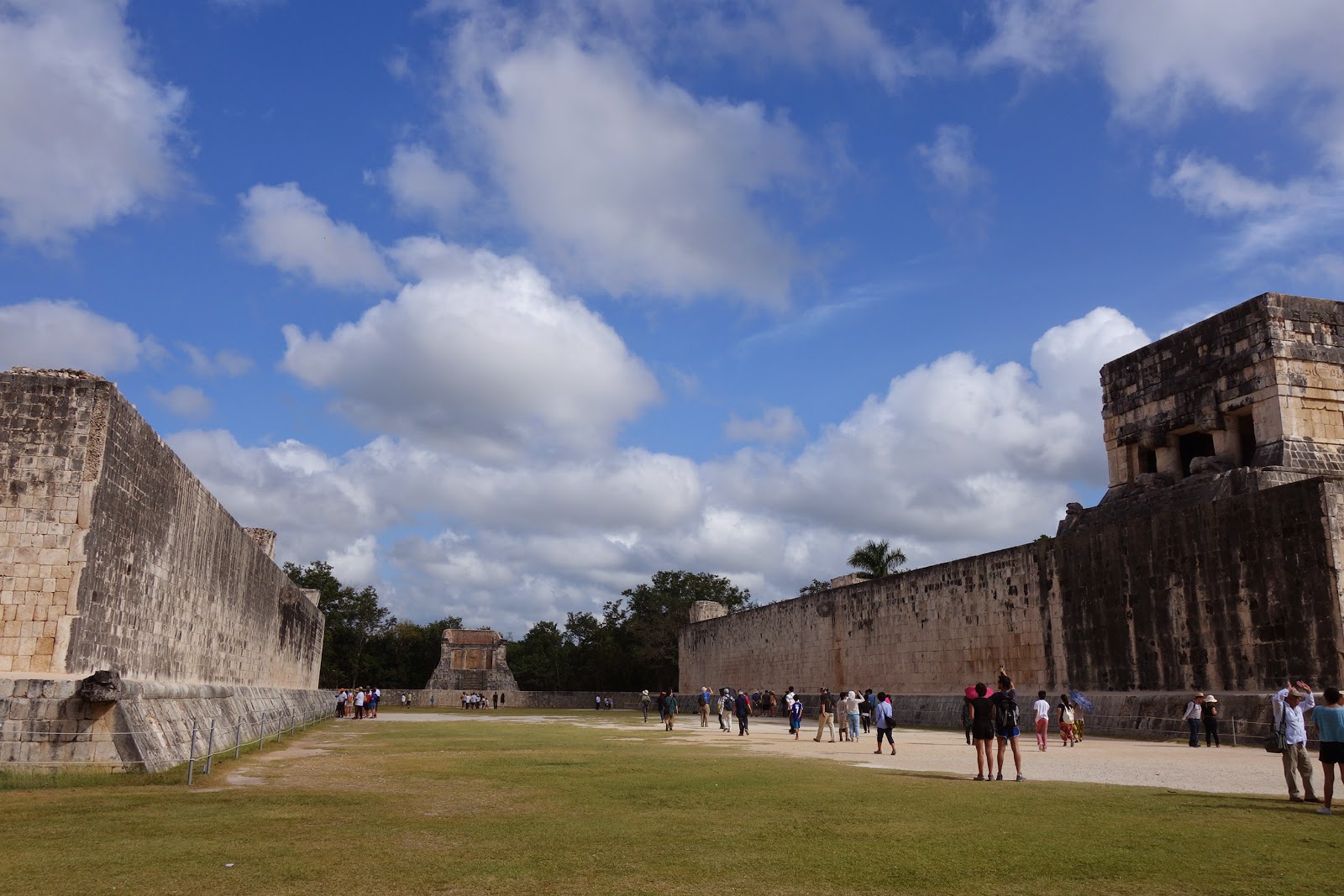 Other buildings around the site include the astronomical observatory, the Temple of Warriors and the Sacred Cenote – a natural well 60m wide and 22 metres down. There is a lot of astrological influences on the city’s design with buildings created to direct the sunlight in a specific way at equinox times.

To be honest, at this point in the factual download I was more interested in the market stalls and their colourful wares...

This formerly great city dates back to an estimated 432AD and is one of the most visited places in Mexico, with over 1.2million tourists arriving every year. It was great that our tour leader had decided to take us there so early because it was so busy as we were leaving and it was starting to get very hot.

We headed off to a buffet place for lunch where I tucked into a mish-mash of refried beans (tasting slightly better than their diarrhoea-like appearance!), omelette, fried fish, salsa and Yucatán chicken…

…followed by candied papaya and cold rice pudding.  Neither would I recommend, but the watermelon was delish!

There was also a little random lunchtime entertainment…

Then we climbed back into our bus and headed onto Mérida, approx 4 hours away. Mérida (aka “The White City” – la ciudad blanca) is the capital of the Yucatán State.

We had a walk through the city – checking out some of the key sites: the Plaza Mayor, the cathedral, the City Hall, the State Government Palace and the Casa Montejo.

We strolled past gorgeous stately mansions from the late 19th century, soaking up the atmosphere….

As it was Sunday, the central square (Plaza Major) was full of busy and colourful markets, selling clothes – and food!

We headed out to a local place for dinner just off the main square where I kicked off dinner with a frozen tequila margarita – though not historically a fan of tequila (it has a nasty habit of making me forget the night!) I was in Mexico and so determined to try it - it's actually pretty tasty and refreshing:

We snacked on tacos with refried beans and tuna – these beans were going to become a staple side to every meal for the next few weeks…so much so that I started requesting dishes to have them removed!

I accompanied this with ‘sopa de lima’ – a broth with shredded chicken, lime, coriander and tacos. A tasty soup, even though it doesn’t look that appealing!

After our tasty dinner the heavens opened so we ran – literally – back to the hotel to take shelter.  You can take the girl out of England...but she brings the rain with her!