Posted by The Hungry Traveller on 09:30 in Europe Travel | Comments : 0

Despite seeing plenty of Christmas Markets already in Austria and Munich, I was still up for sampling a few more on my visit to Moscow, Russia... 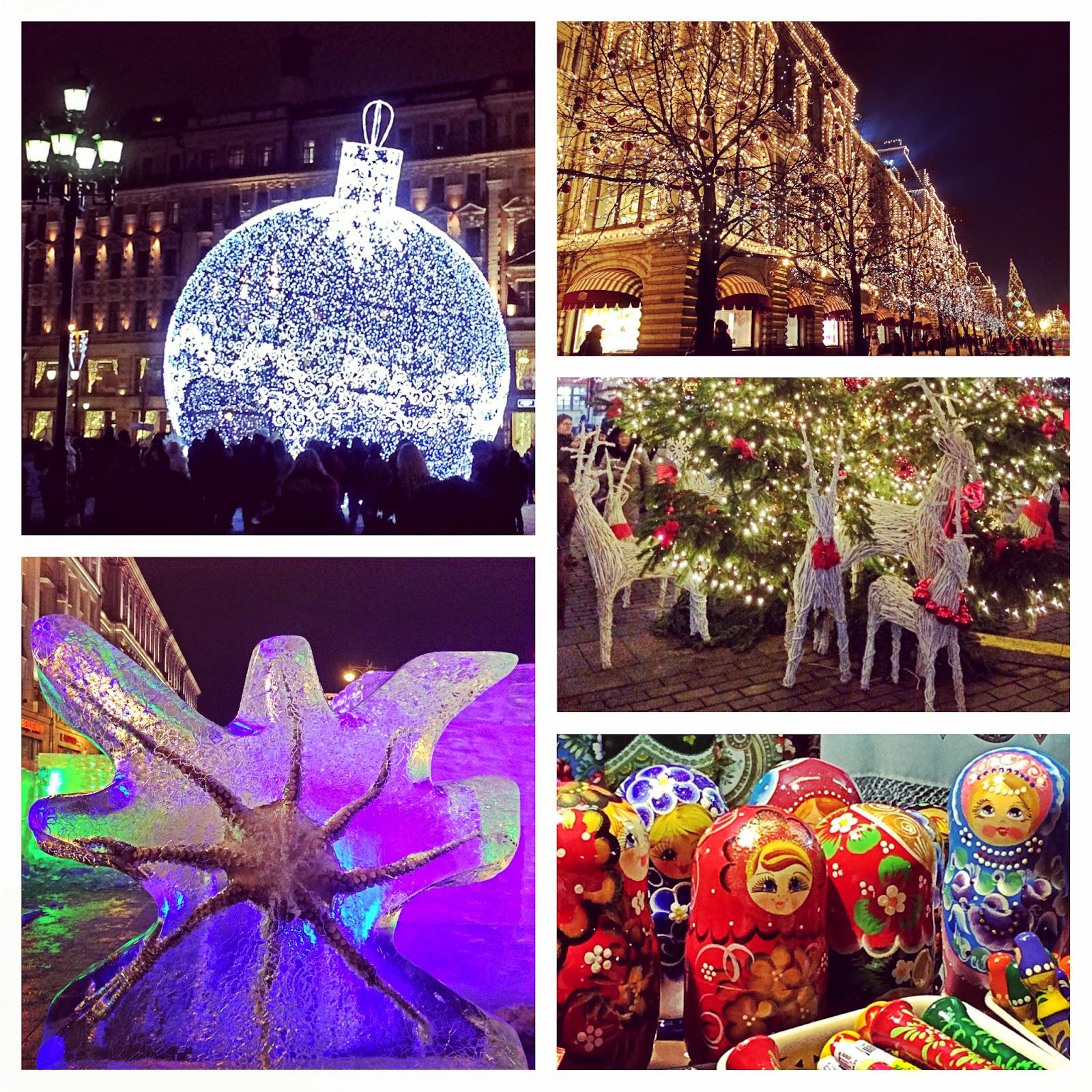 While Russia celebrates New Year's in a similar way to Western Europe - for example, they have a New Year's tree (yolka) instead of a Christmas tree - they won't actually celebrate Christmas until January 7. Christmas is more religious, due to their Orthodox customs, whereas Father Christmas (Ded Moroz in Russia, Grandfather Frost) give-giving and family feasts are associated with New Year's.

But there was a very European feel to Moscow's festivities on my wander through the freezing (literally!) city. There are 24 Christmas Fairs throughout the city and they even transported wooden chalets from Alsace for the purpose.

As soon as I approached Red Square, I was greeted by a gigantic bauble! I don't know how many trees could hold this...

There was a small christmas market at the back of the State Museum.

But one of my favourite views is waiting for you to walk into the square, I'm always in awe of the imposing and significant buildings that surround you - the Kremlin, Lenin's Mausoleum, Saint Basil's Cathedral and GUM department store.

This time the square was filled with a 2,700m ice rink, courtesy of GUM.

The department store was, as always, covered in lights...

...but now the trees lining it's front were also covered in fairy lights and baubles.

A row of ice sculptures also reminded me of the sub-zero climate!

Right in the middle was a 25m high Christmas / New Year's tree...

...and some Christmas market stalls.

As well as the stunning Saint Basil's Cathedral.

By now I was getting very cold, so popped into the department store to warm up - and, of course, check out their decorations! 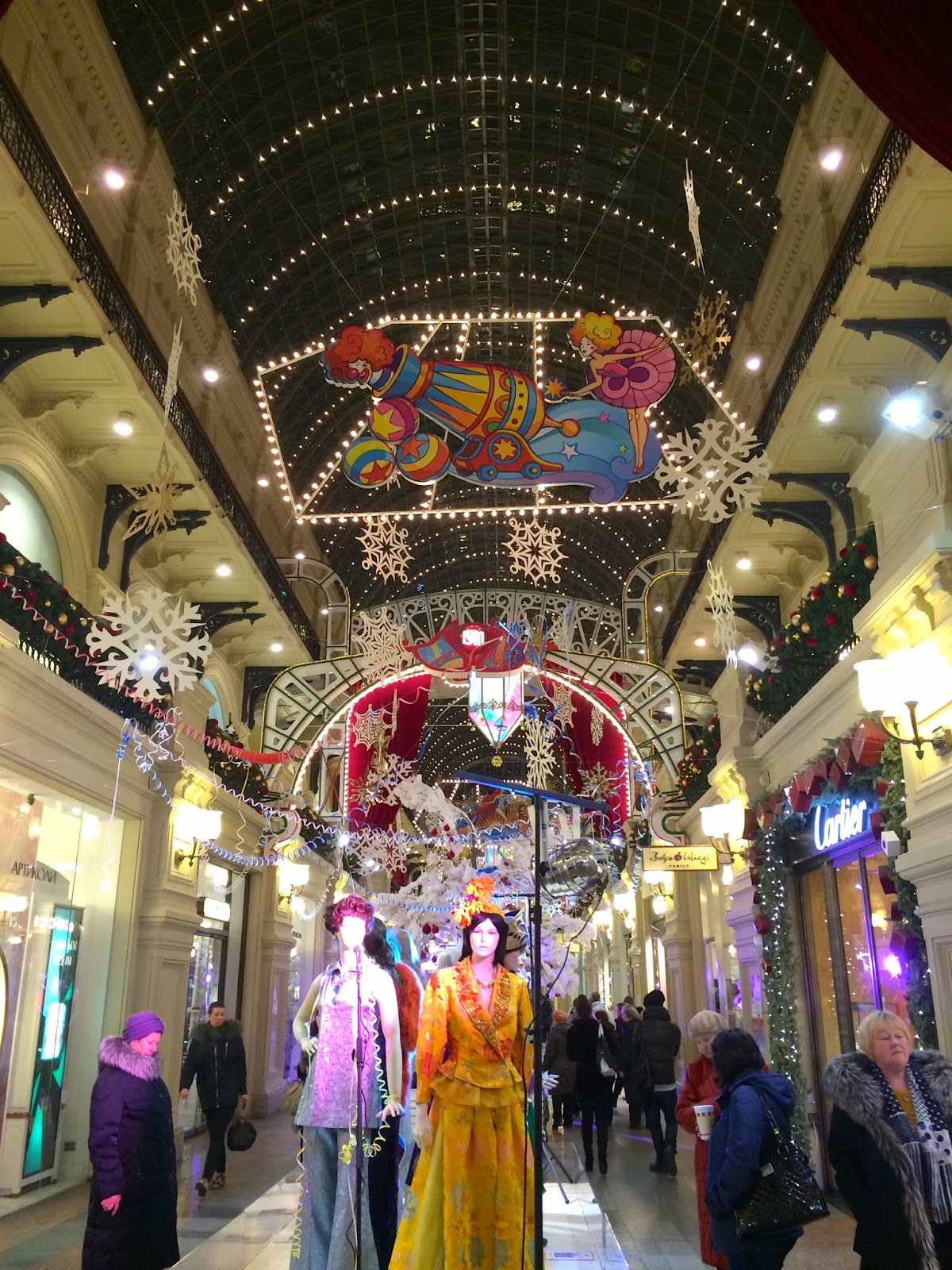 Walking out of the mall, into a chorus of carol singing santas! 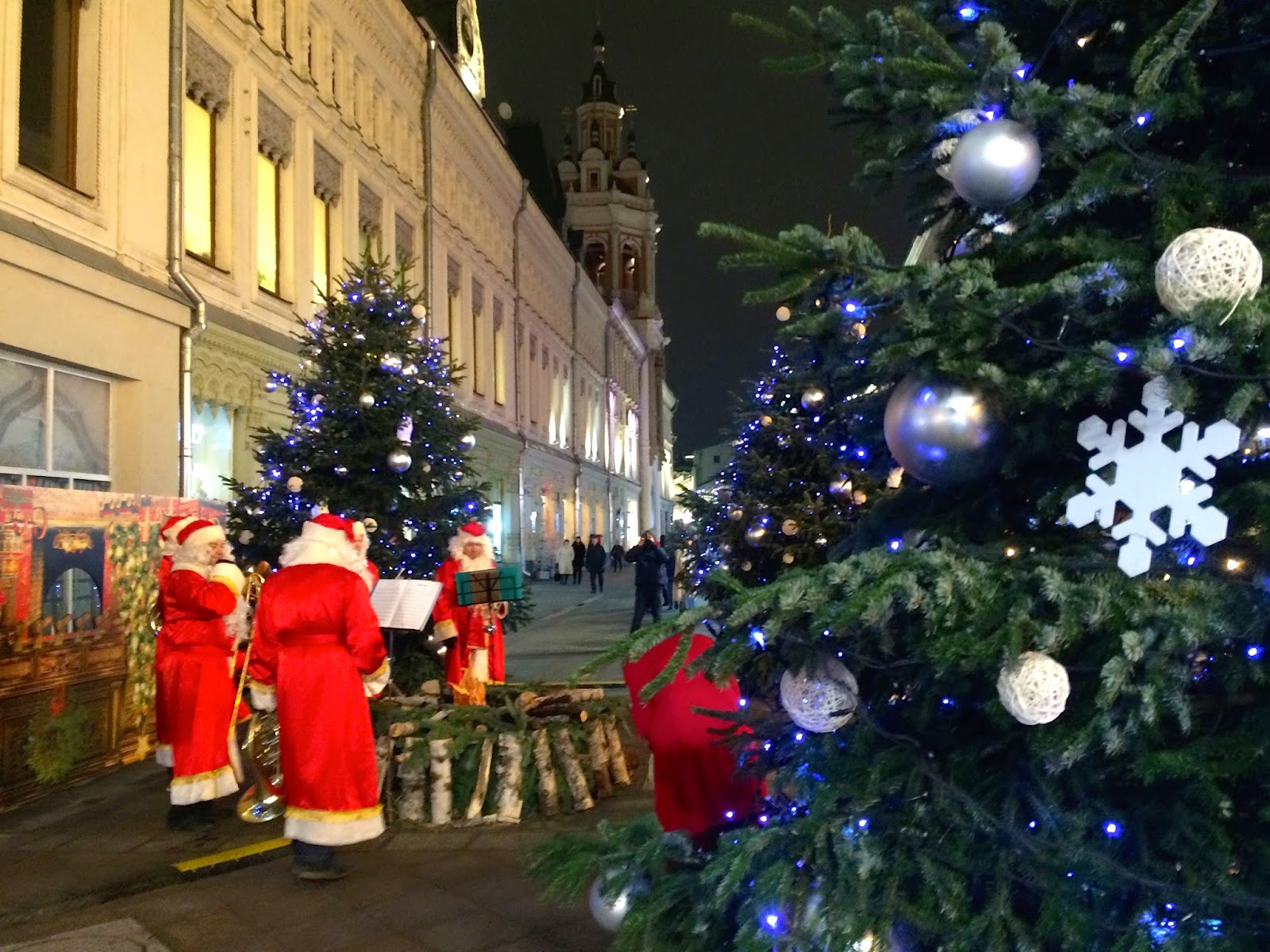 Then I walked up Tverskaya square where there was an unusual Christmas display - a maze based on Pushkin's poem "The Tale of Tsar Saltan".


The maze is made from ice and includes all elements of a frozen sea, including real fish, crabs and octopus! 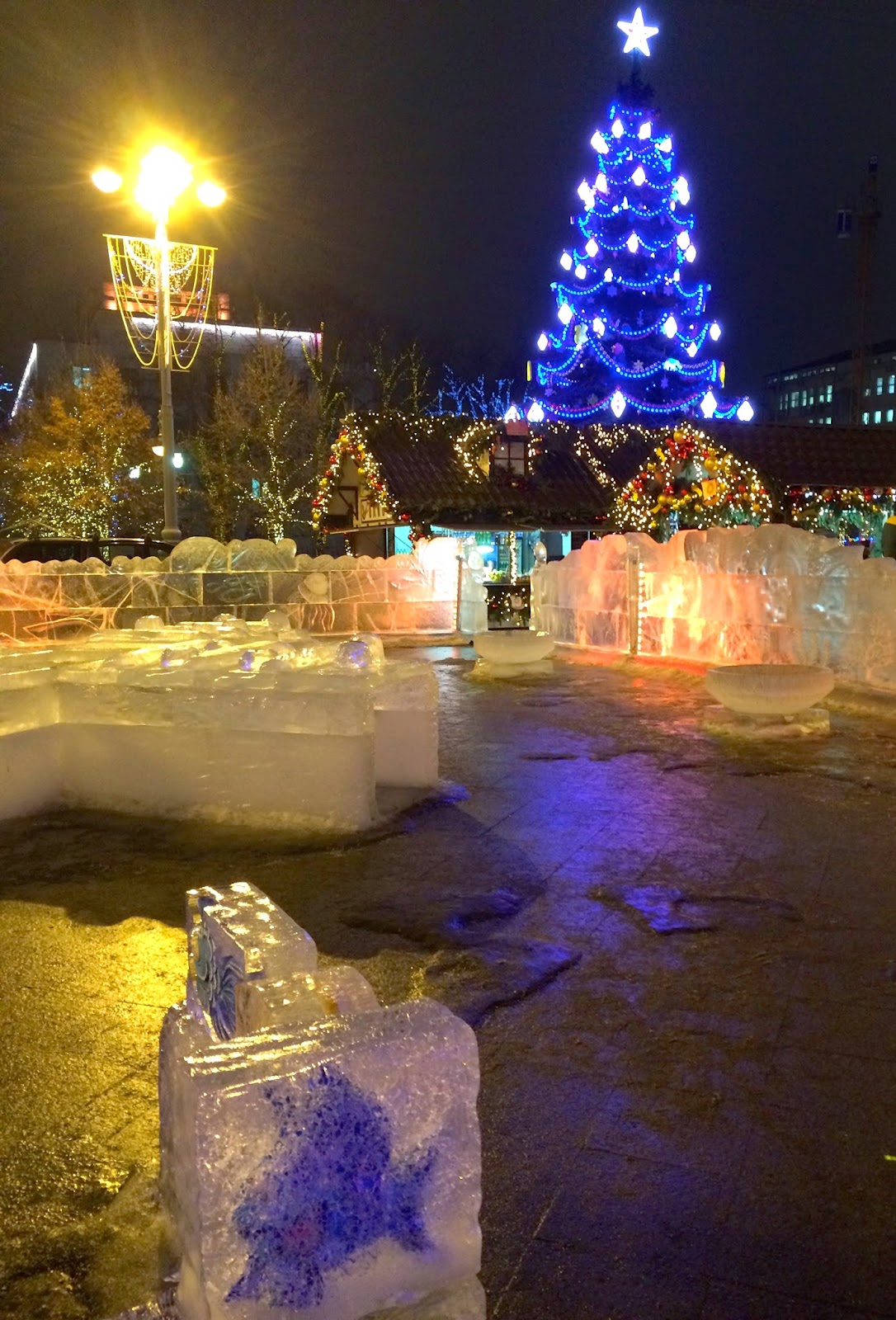 As well as a carved shark's head and ship canons.

Check out a video showing the full details here.

Very random - but worth a wander if you're in the city.