Posted by The Hungry Traveller on 12:55 in Asia Europe Food Travel | Comments : 0

Before leaving Istanbul, I still needed to visit the city’s largest mosque - Süleymaniye Mosque. This mosque was built on the request of Sultan Süleyman (“Süleyman the Magnificent”) and was finished in 1558. 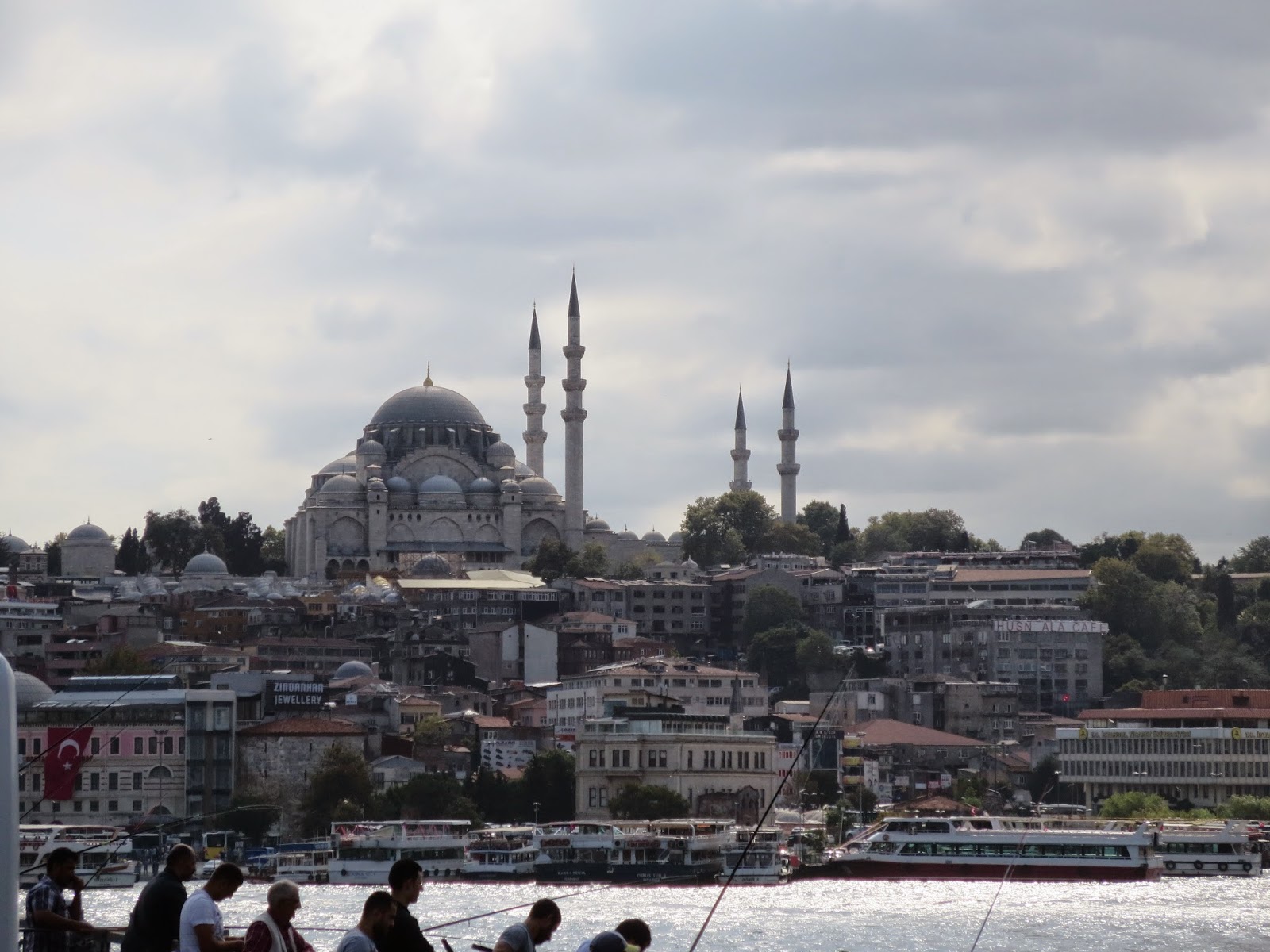 We entered near the mausoleums which contain the tombs of the Sultan, his wife Hürrem Sultan (Roxelana) and his daughter. As with many imperial mosques, the complex is surrounded by other buildings serving the local community - schools, hospitals, public baths and public kitchens.

This hill-top mosque combines Islamic and Byzantine architecture and is fronted by a large courtyard (avlu) with columns of marble and granite.

The inside is less ornate than the Blue Mosque but shows impressive designs in ivory and mother of pearl. 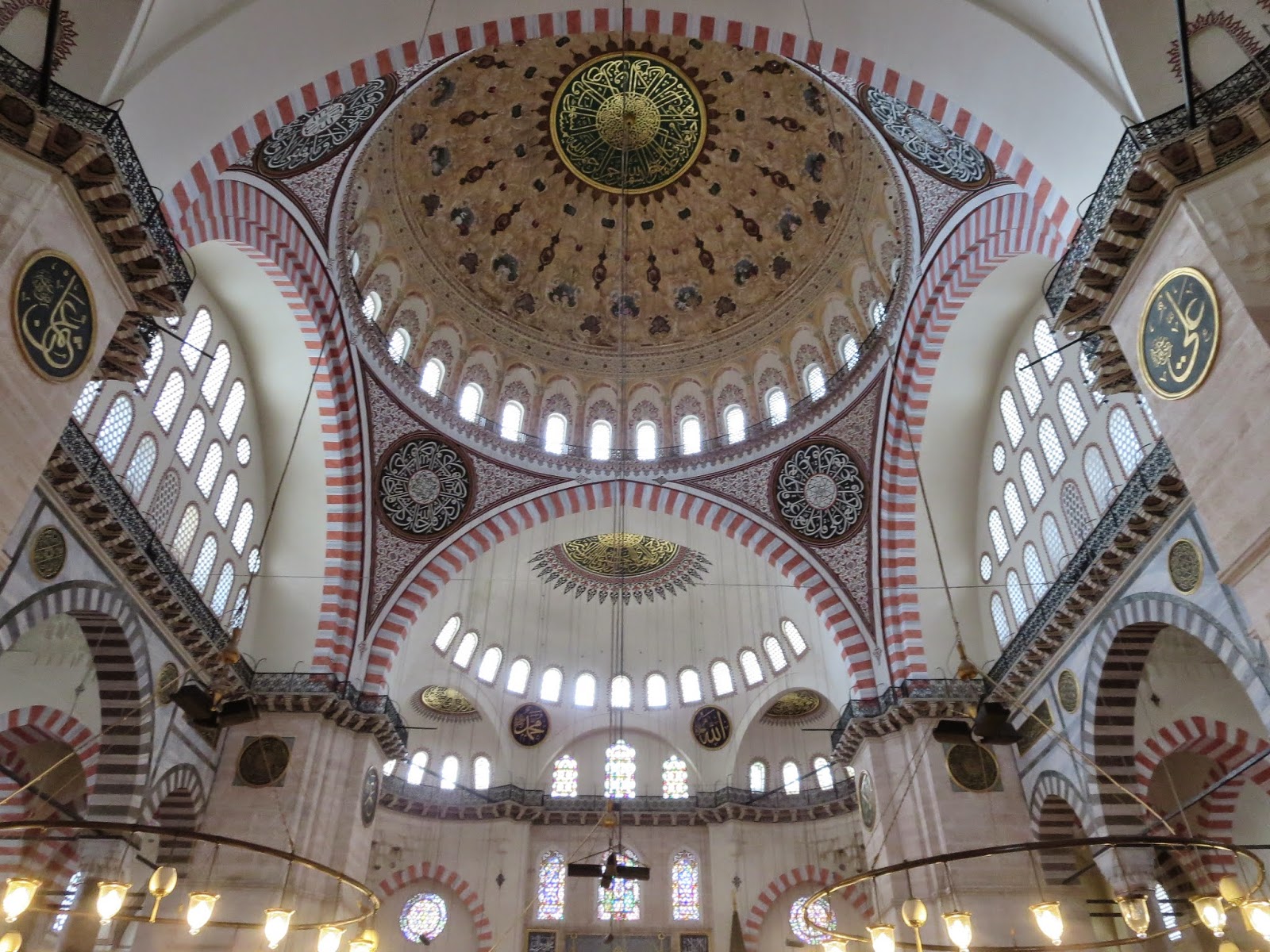 Sultan Süleyman was the 10th and longest-reigning Sultan of the Ottoman Empire. He made a lot of positive changes for the expanding empire, including the significant cultural developments, but his biggest legacy is his love life.

Süleyman fell in love with Roxelana, a formally-Christian Polish girl who had converted to Islam to join his harem. She had previously been a slave but rose through the ranks of the harem to become his favourite. Much to everyone’s surprise he then married her, making her Hürrem Sultan. Ignoring tradition, he also allowed her to remain at court with him for the rest of her life with their son, Selim II. Selim II became his father’s heir after the previous eldest son, Mustafa, was murdered 13 years earlier at his father’s request!

We then headed through the Grand Bazaar and Spice Bazaar… 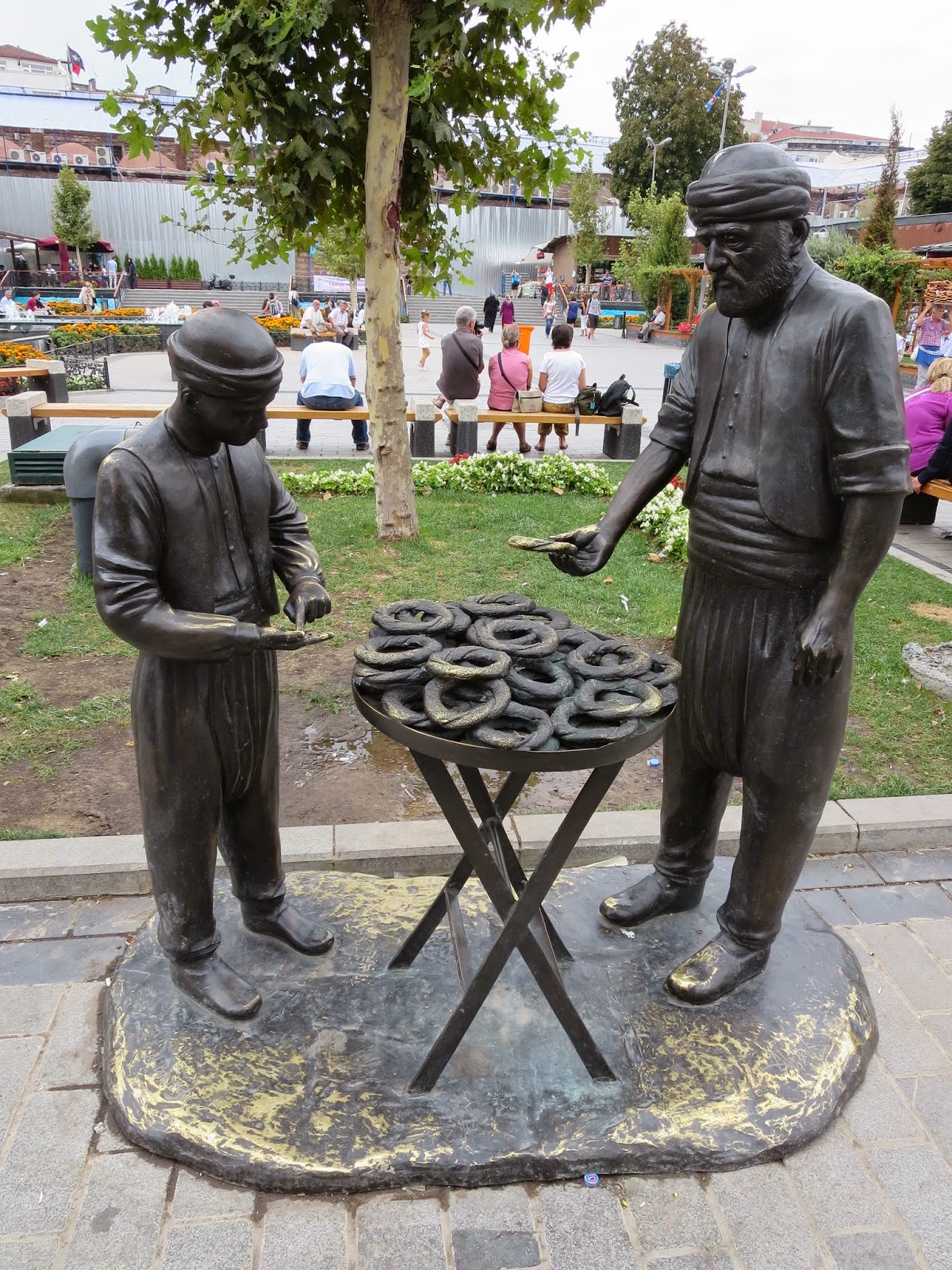 …to the Hippodrome. This ancient race-track was the sporting and social centre of Istanbul. It is now called Sultan Ahmet square and contains only a few of the original structures. 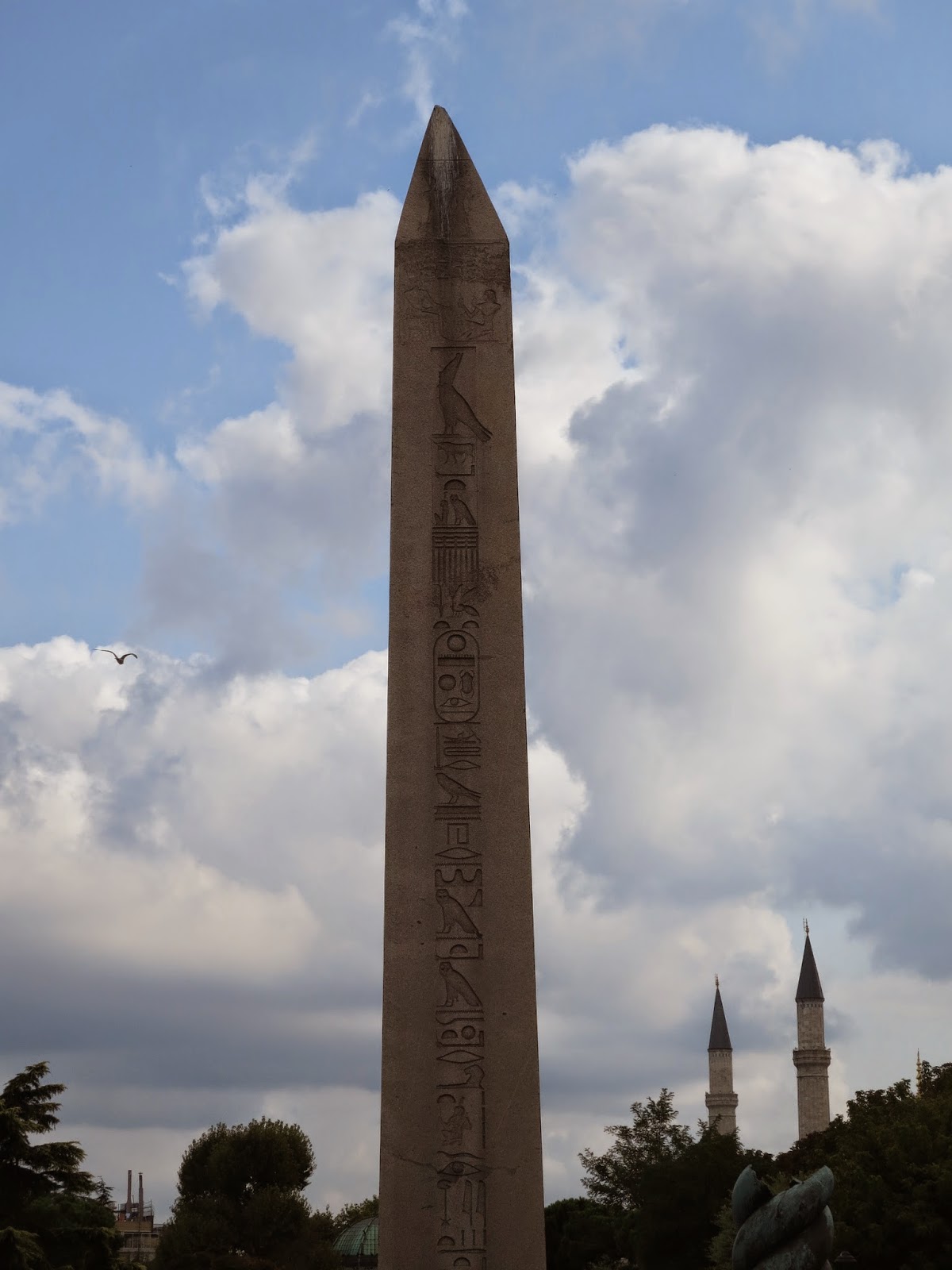 The Serpent column, the Obelisk of Thutmose and the Walled Obelisk.

We stopped at Sehzade Erzurum Cag Kebabi for lunch.

Erzurum Cag is a kind of döner kebab from eastern Turkey which is different because the meat is served in chunks (not minced) on a skewer, cooked in a charcoal fire.

You are served a skewer on thin bread (lavaş) and once you’ve finished, another is presented….until you tell them to stop!

It was nice - especially with the yoghurt and salad but lamb meat is rich and fatty so I couldn’t eat more than two!

To end on a healthier note, I then tucked into a delicious fig - after all I was in fig country (Turkey is the world’s biggest exporter of figs)!

Then it was time to leave Europe and head off to Ankara…
It was a 6 hour drive to Ankara so I was delighted with a halfway stop where I snacked on some tasty dates before folding myself back into the bus!

We pulled into Ankara in the evening. It’s actually the capital of Turkey but smaller than Istanbul.

Arriving in time for dinner we headed straight out to a ‘pizza’ place where I had Ayran (salted yoghurt drink) and a Turkish pizza - “pide”.
Pide is a very thin dough which is usually baked in a stone oven. Learning that Turkish portions are very generous, I split a spinach and mushroom one with another person on the tour!