Bavarian experience at the Hofbräuhaus!

Posted by The Hungry Traveller on 11:54 in Food Germany Travel | Comments : 0

One thing that every visitor to Munich has to experience is the Hofbräuhaus. 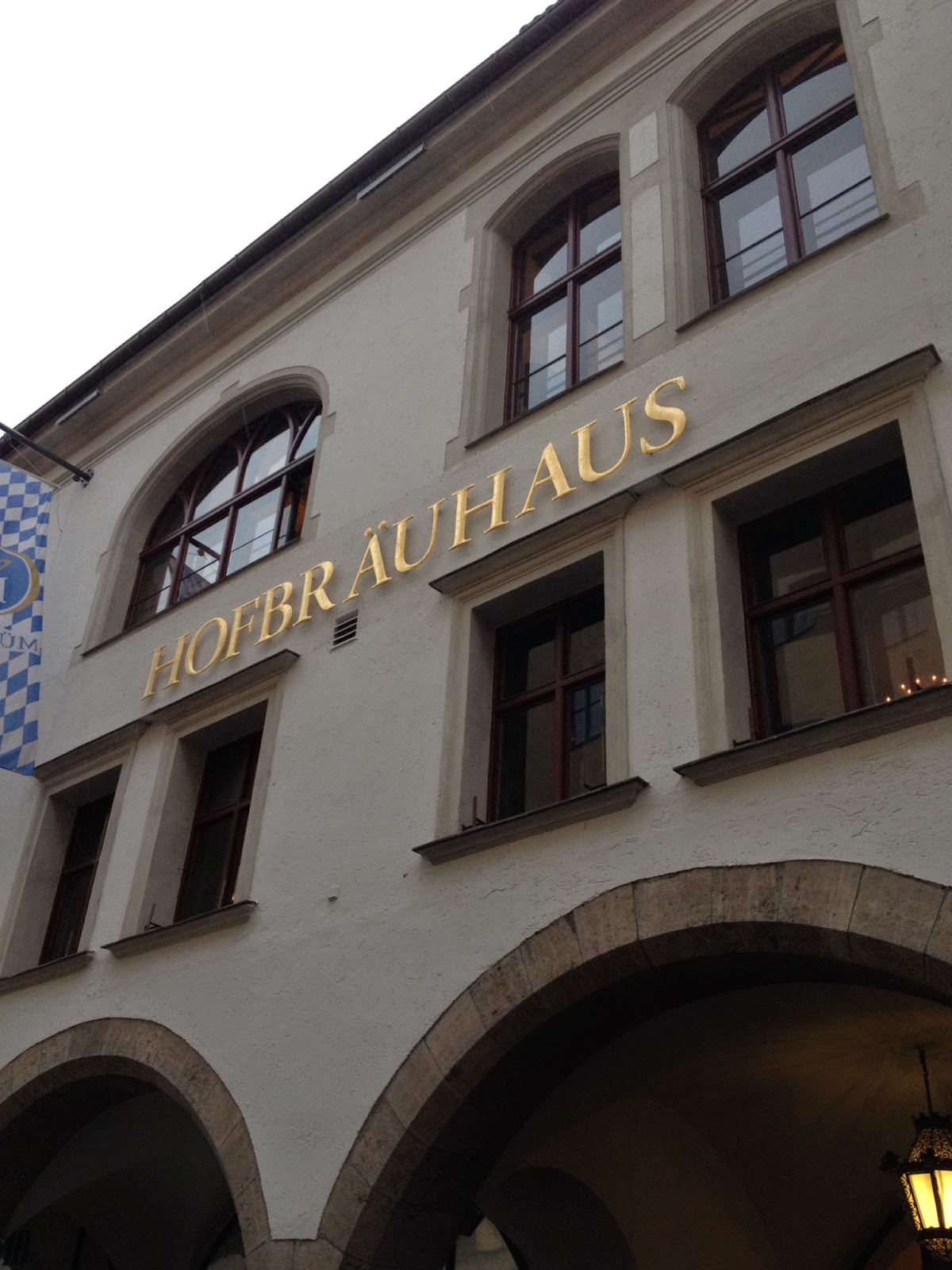 This Bavarian beer hall is in Munich’s city centre and was originally built in 1589 as an extension to the Hofbräu brewery. In WWII the majority of the building was destroyed (apart from the ground floor “Die Schwemme”) and was rebuilt in 1958.

On a cold and rainy Saturday evening, my sisters and I bundled into the Hofbräuhaus to give them a complete Bavarian experience!

We grabbed seats at a table in Die Schwemme - the historic and decorative beer hall on the ground floor, the heart of the Hofbräuhaus. Up to 1,300 people can sit at tables here where the beer was once brewed - some of the tables have been here since 1897 (covered in various engravings and comments).

In the centre of this public beer hall is a music podium where traditional Bavarian music is regularly played. The Hofbräuhaus song goes: "In München steht ein Hofbräuhaus, oans, zwoa, g'suffa!" ("There's a Hofbräuhaus in Munich—one, two, drunk!”)

We each ordered a litre (“Maß”) of beer - though as a non-beer fan, I went for a Radler - beer / lemonade mix.

There is a great atmosphere throughout the hall - mixed groups sit on tables and while some people dismiss Hofbräuhaus as being ‘commercialised’ it remains popular with both locals and tourists. There are plenty of lederhosen and dirndls on show, as well as lots of stag parties, creating a lively environment.

The menu features Bavarian dishes such as pork knuckle, Weisswurst (“white sausages”) and suckling pig.  We ordered three different dishes so we could sample a selection: 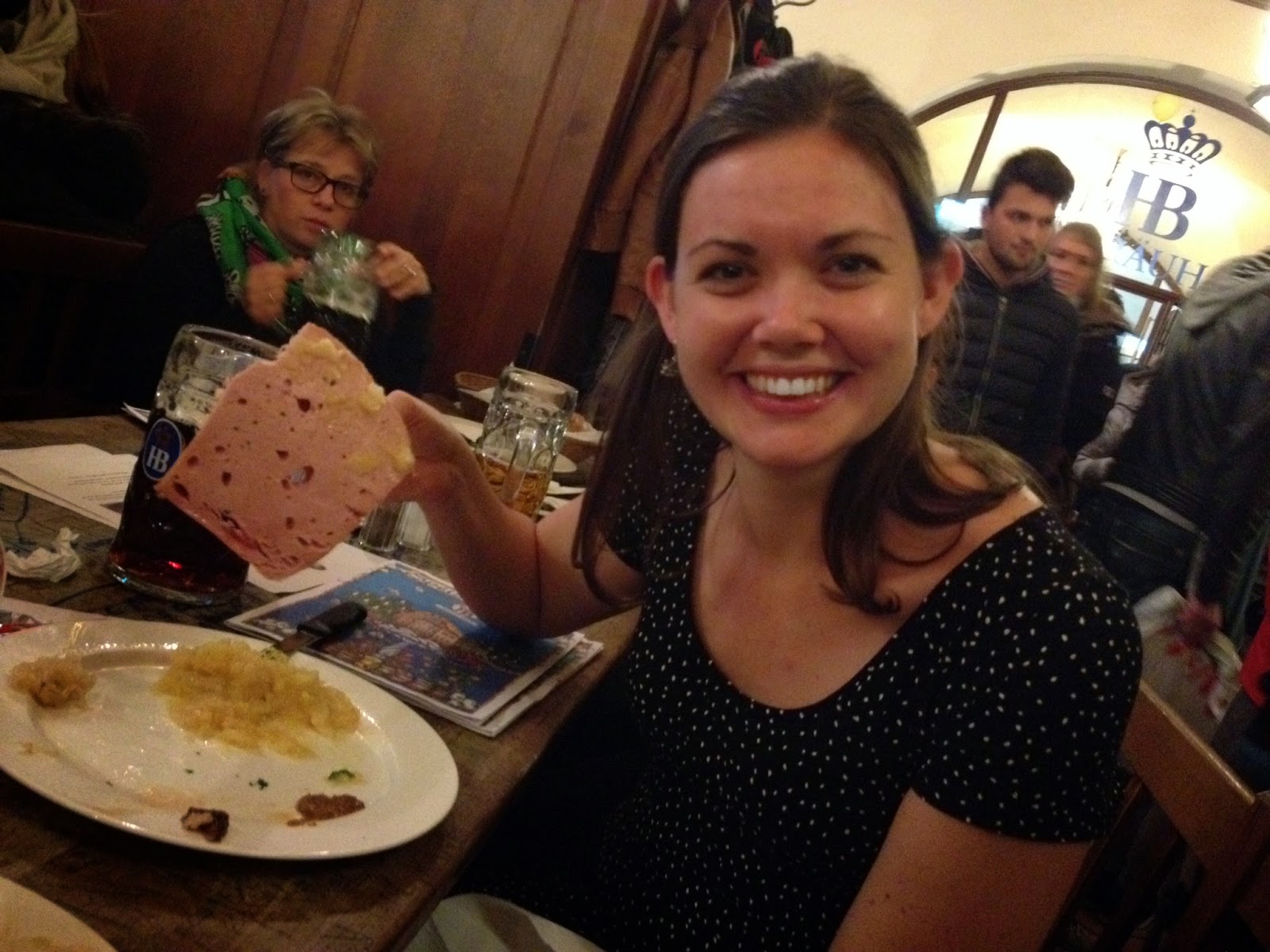 We also ordered a large pretzel from one of the ladies walking around - just to help soak up the large quantities of beer! 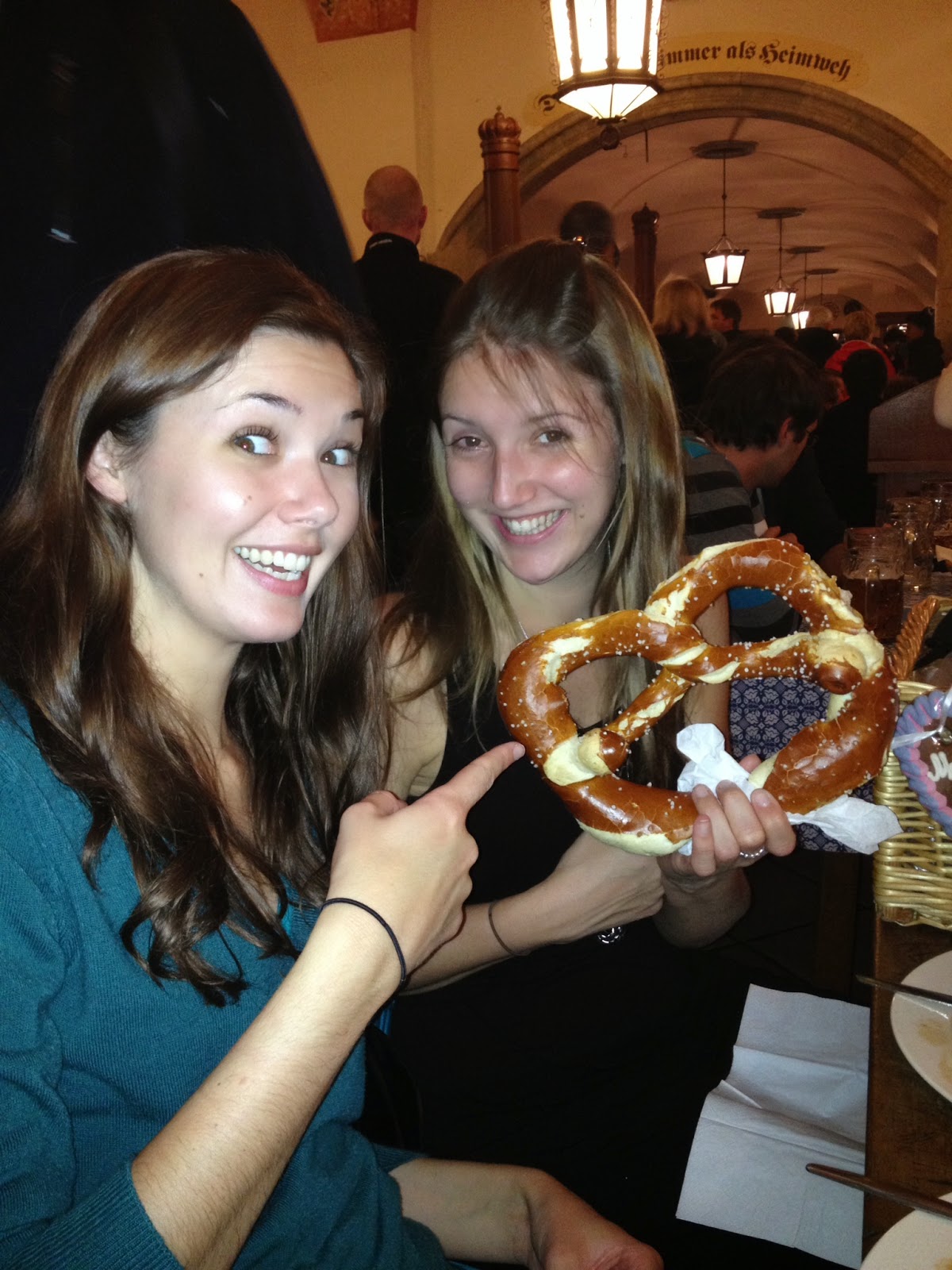 It was great fun as we ploughed through our food and drinks - pausing to ‘cheers’ at regular intervals!