Woohoo! Rugby time...cue drinks, singing and beefy men running around in front of you!  It's a tough life...
The day: Saturday 22 February
The place: Twickenham Stadium
The game: Six Nations England v Ireland

So the sun came out to play - gorgeous blue skies and actual sunshine!  There was still a chill in the air, so got suitably dressed up and headed out to admire the stadium.

Next was feeding (& drinking time)...a generous portion of "Foreman's beetroot cured salmon with Dublin bay prawns, pickled radish, capers, wasabi sour cream and charred soda bread", followed by "British rump of lamb with butter poached saffron parisienne potatoes, seasonal vegatables and rosemary jus".  Then I've no idea what dessert was but it was pretty...with the tiniest macroon I've ever seen, unfortunately it wasn't that nice tasting...

Then, armed with copious drinks (just to keep us warm!) we took our seats in the stadium - just in time for the national anthems and fireworks...accompanied with lots of flag waving and singing from the stands.

Then followed a nail-biting game which we finally won 13-10!

Afterwards we headed into the BMW Lounge to see Ben Kay, Alex Corbisiero and David Wilson tacking the crowd's Q&As. 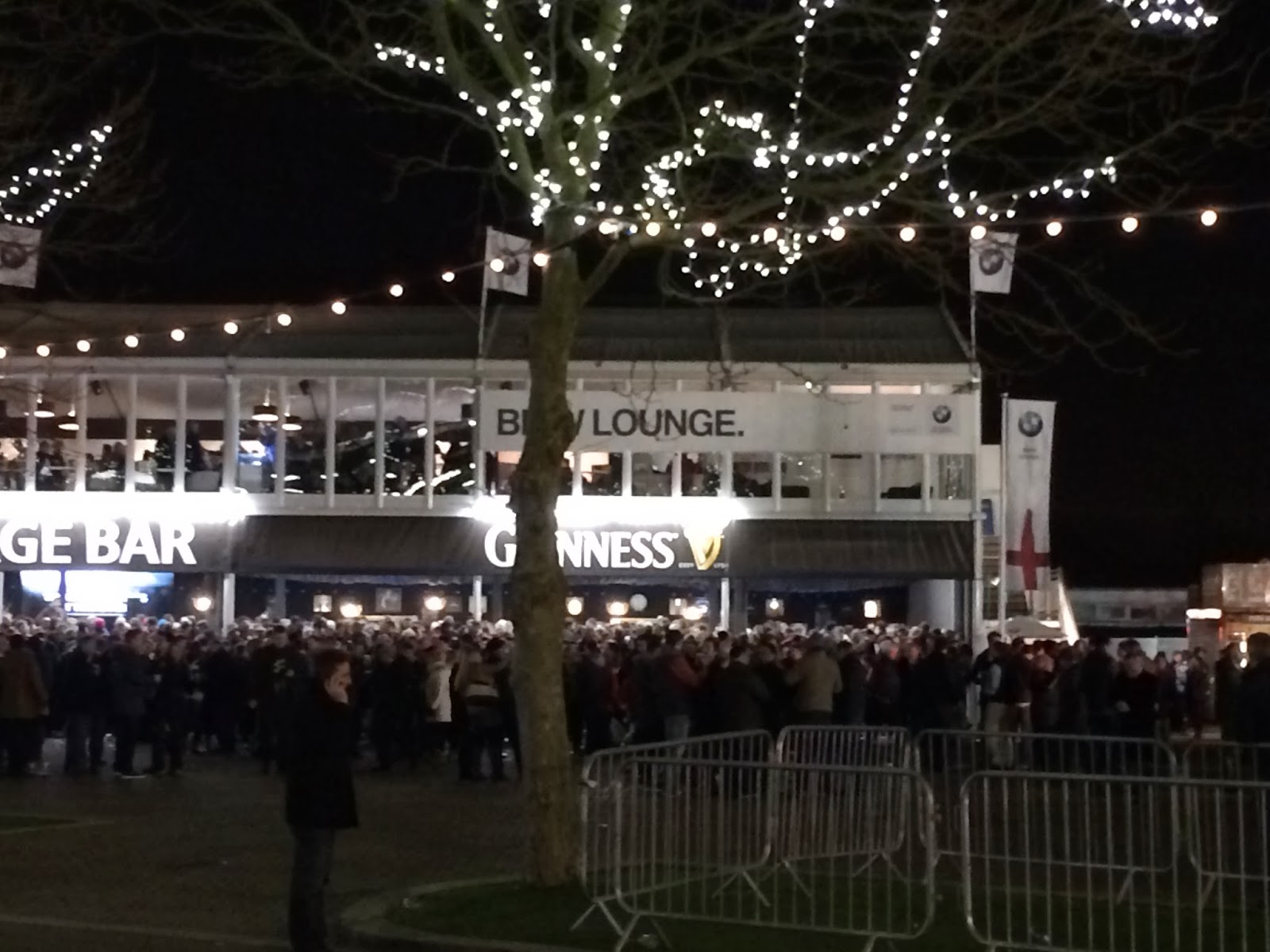