For a work training event we headed to Madrid! First stop was the chartered flight lounge where I couldn’t resist the branded biscuits on display.

In Madrid we were staying in the Hotel Silken Puerta America. This is an innovative and eclectic hotel where each of the 12 floors have a different theme, showcasing different materials, colours and styles in one place.

I was staying on the 4th floor - a geometric design by Plasma Studio. 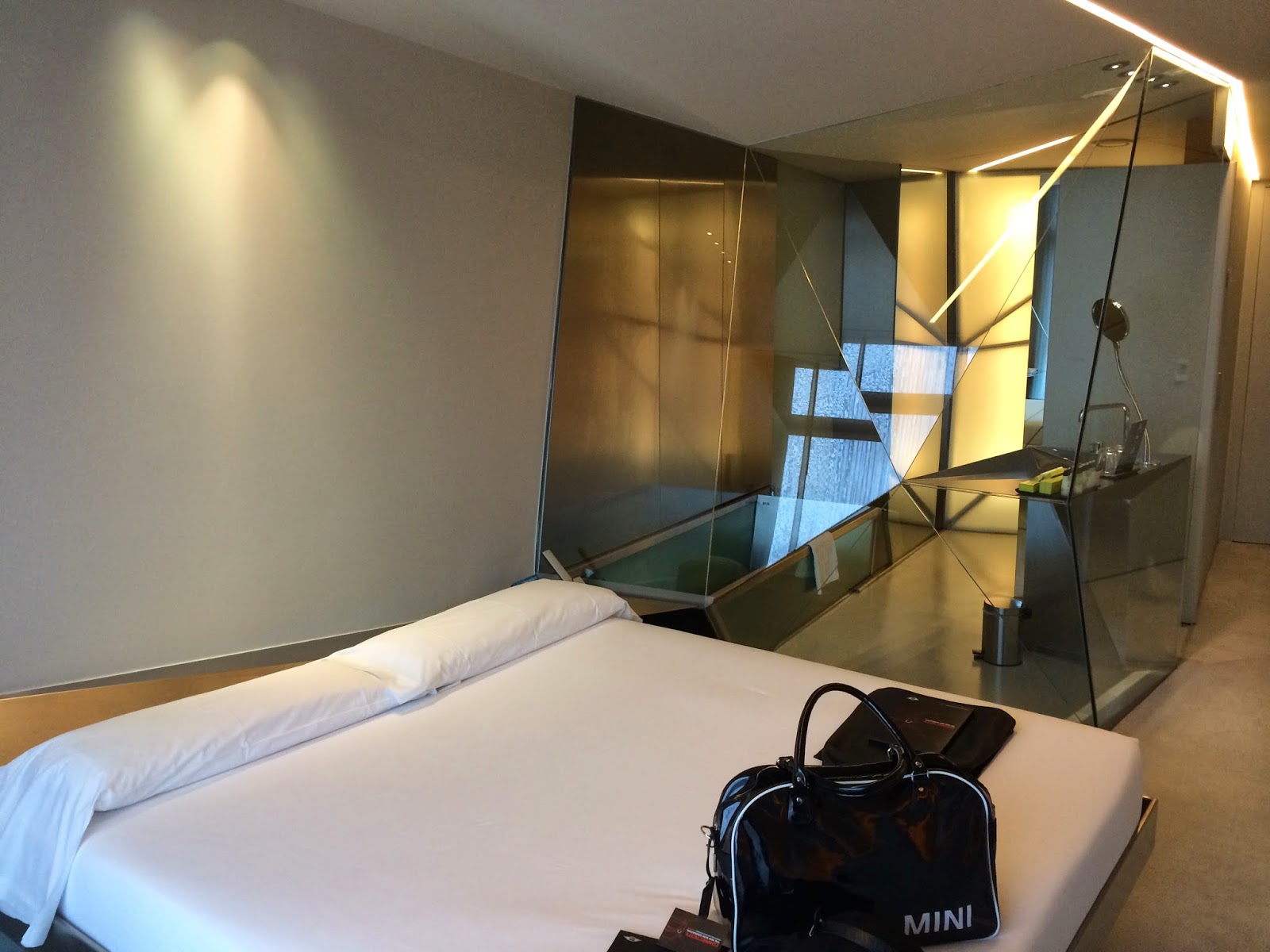 It was great to be staying somewhere so different (and random!) but I was a little nervous about all the sharp angles surrounding me!

Heading up to the top of the hotel we took a stroll on their 13th floor clear-glass viewing platform…a little daunting for some!

Then we hit the roads - in a herd of MINIs.

We did a Night Drive through the Salamanca and Retiro parts of town, taking in a number of sights as we drove.

Neptune Fountain - an 18th century neoclassical tribute to the mother of Zeus, Cibeles

Gran Vía Avenue - an ornate and upscale shopping street located in central Madrid (aka the Spanish Broadway, the street that never sleeps)

Next it was time to stock up on some Spanish tastes. Starting with sangria and cured meat…

After a quick refuel we admired the vertical garden of the CaixaForum (a museum and cultural centre). 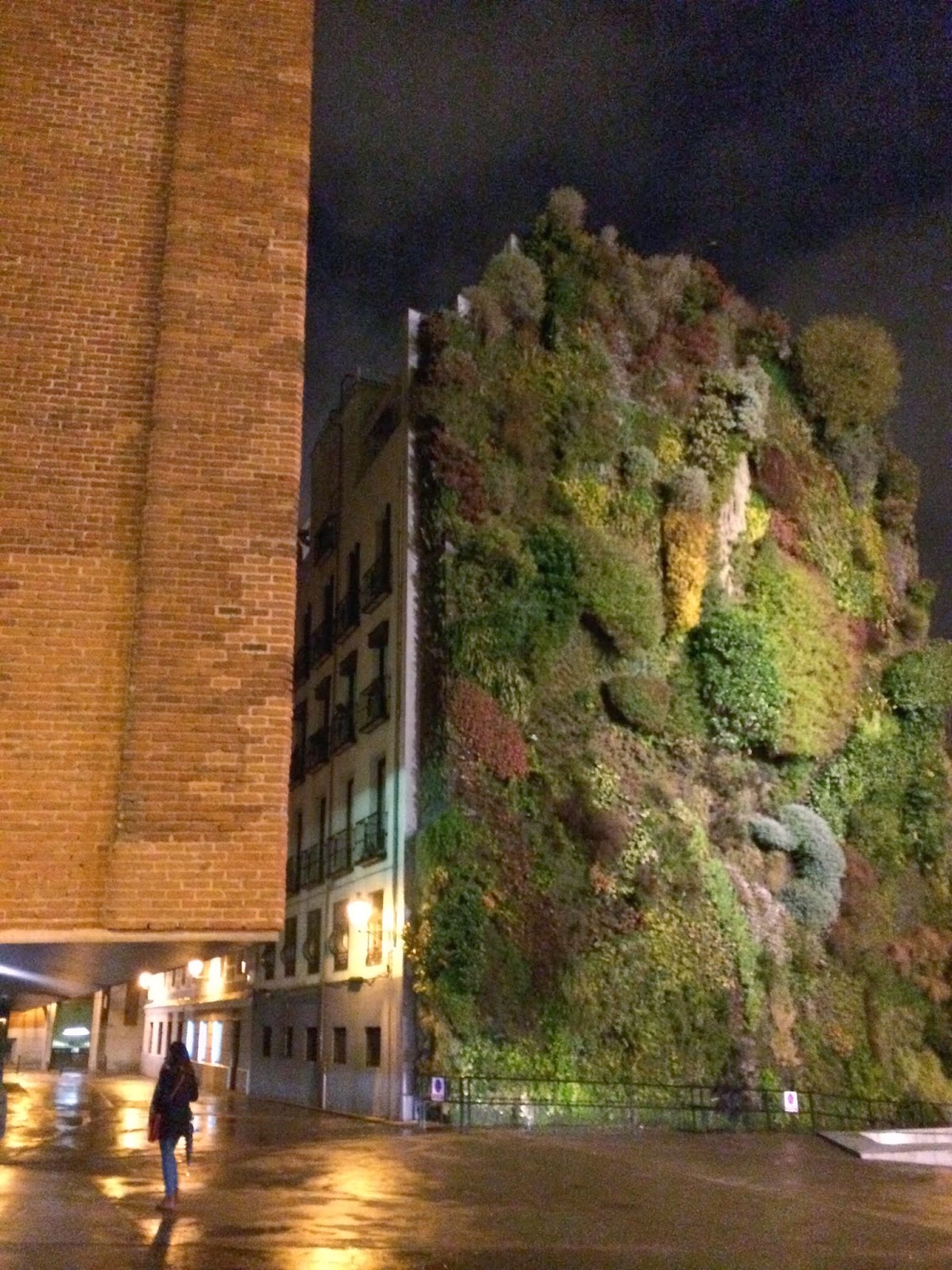 Then it was dinner time! We headed to Restaurante Teatriz - one of Madrid’s 5 star restaurants, located in the elegant Salamanca district. It was previously an antique theatre but now converting into a restaurant, whilst preserving it’s theatre shape (with stage, stalls and high ceilings).

Rioja wine in hand I settled down to our tasty menu, whilst nibbling on pieces of manchego cheese.

The grand finale was an ice luge and random shots (for some reason lit on fire!)

Once dinner and drinking was finished we headed back to our hotel which was now dramatically lit up.

Before treating myself to a bath in my trough-like tub!  (which was huge - on the positive side, a great treat for a tall person like myself, on the negative it took FOREVER to fill up as is only filled from a shower head!)

Breakfast brought another set of Spanish foods to devour…I settled on a random combination of tortilla (spanish omelette made with fried potatoes) and a churro (spanish doughnut) with a nutella-type spread!

Then it was time to do some more work. We went to the Matadero to collect our car. Matadero Madrid is a former slaughterhouse in the Arganzuela district of Madrid, which has been converted to an arts centre. 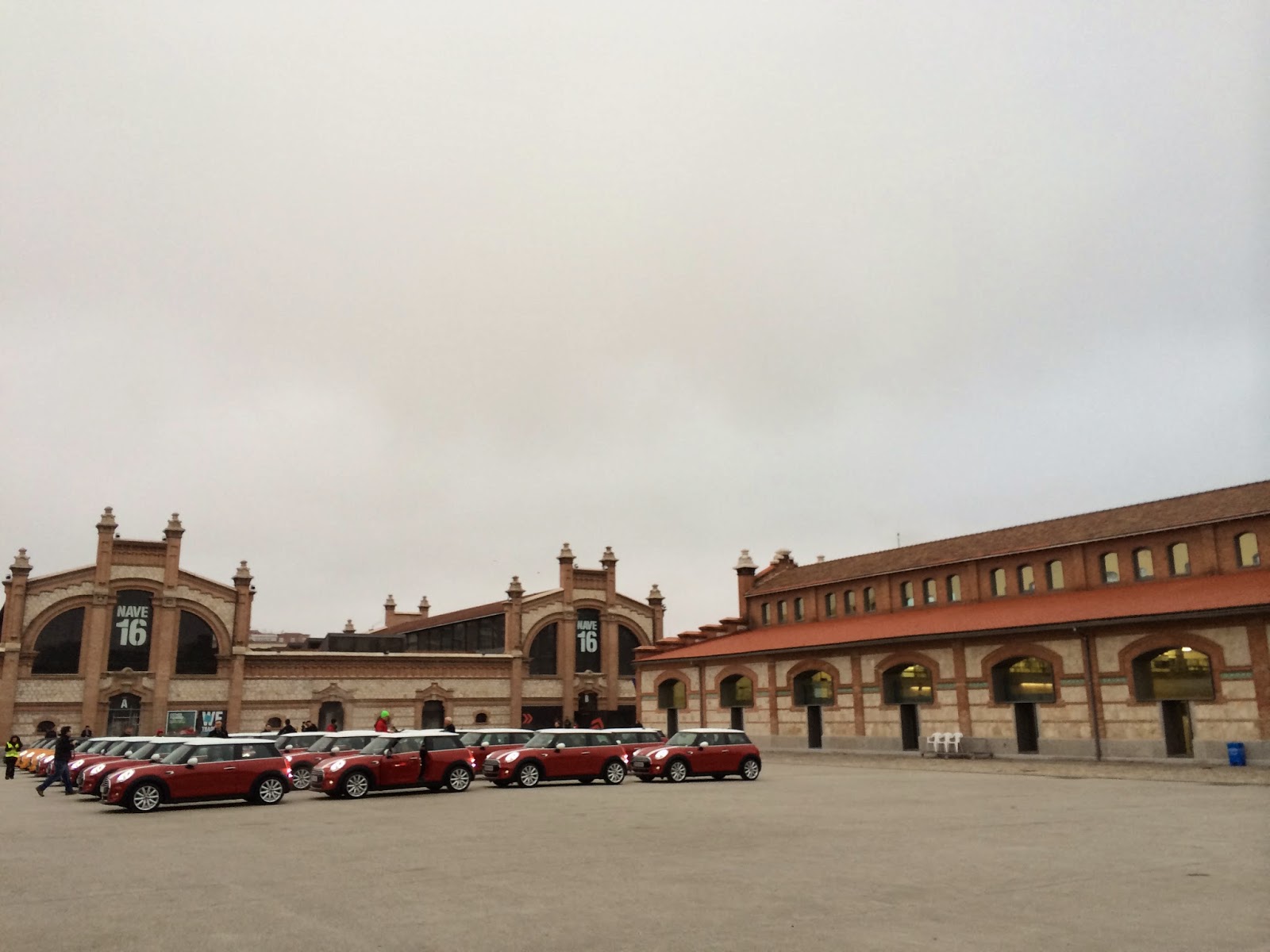 From there we headed to a test track where we put the latest MINI through it’s paces which was great fun.

Then we were treated to viewing of the 2014 Dakar Rally winner, the Spanish Joan “Nani” Roma who tore around the off-road track in the MINI ALL4 Countryman as we chased after him in trucks.

All this driving and excitement had built up a hunger, so we headed to Filandon Restaurante for lunch - a special restaurant on the outskirts of Madrid.

Followed swiftly by a delicious grilled monk fish - both generous and delicious!

Recharged, we headed out again for our scenic drive into the snow-covered countryside…

With a much-needed coffee & churros stop halfway around!

Throughly worn out from our experience, we headed back to England…trying not to fall asleep on the short flight home.