Posted by The Hungry Traveller on 15:34 in Food South America Travel | Comments : 0

Quick morning dash for some US dollars from the ATM (because for some reason it’s better to take dollars into Argentina rather than other currencies – you get twice their value!)  Then we headed to the port to get the ferry over Rio de la Plata river into Buenos Aires port.

Instantly I loved the city – it felt very European and we had a perfectly centrally located hotel just one block from the main lively shopping pedestrian street ‘Florida’.  Despite the strong Italian influence, Argentina’s capital city is known as the ‘Paris of the Americas’ with lots of 19th century buildings and several distinct neighbourhoods.  And this was all before I’d ever experienced its cultural highlights – the “BA never sleeps” nightlife and shopping! 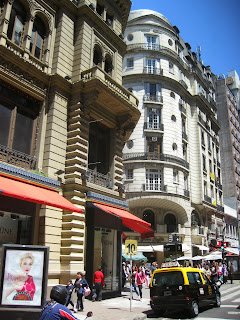 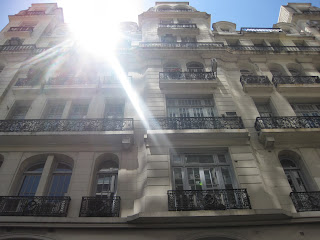 We saw the ‘Obelisco de Buenos Aires’ which marks the centre of the city and also the Social Development Ministry building where there are two 100-foot high iron mural of Eva ‘Evita’ Peron.  On the side looking to the wealthier side of the city she is making a speech and on the flip side she is smiling towards the poorer side. 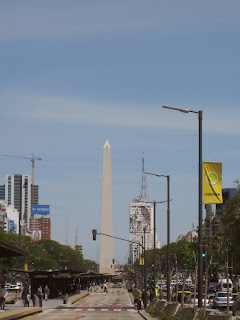 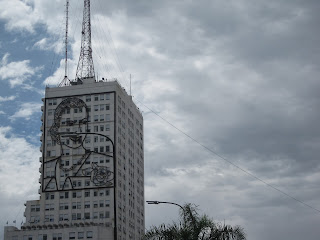 Everywhere the street names had country or place names, such as ‘Paraguay’ and ‘Florida’ which meant map reading was very entertaining when you’re asking each other “Where is Montevideo?!”

We went to a black market money exchange place to trade our dollars in for Argentine pesos.  It was surreal when the man bringing in the money had it hidden in his socks!  Everywhere you went, you were offered “cambio” (money exchange).

For lunch, I shared carne (beef) and pollo (chicken) empanadas plus a pizza (which never come with tomato sauce!)

Then Louise and I went for our own wander around the city.  We saw the Teatro Colón and some of the plazas as well as lots of shoe-shiners and sugared nut vendors.  And a store that clearly can’t tell the time... 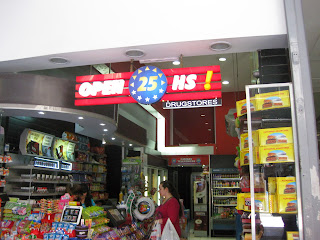 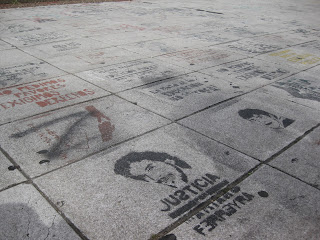 We also crossed the Avenue de Julio which has is a massive 16 lanes wide! 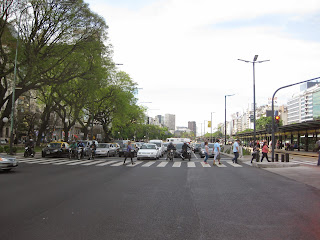 We shopped and treated ourselves to ‘helado’ ice-cream. 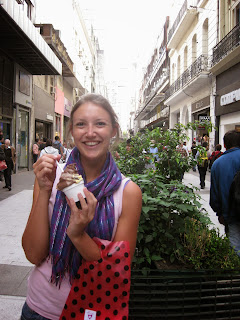 After showers we went to “La Bomba de Tiempo”, one of BA’s biggest and most unique parties - an eclectic drum show at the Cuidad Cultural Konex, a poorer part of town.  The drum music was great fun and we had drinks and danced while the musicans improvised to the conductor. 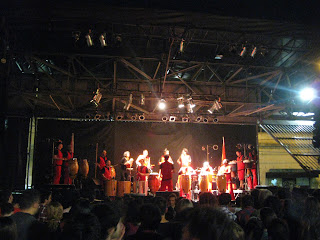 Then we went for dinner nearby, one of the girls and I decided to ‘classy up’ our burgers with ‘Champagne’ whilst also trying to work out what on earth ‘salsa golf’ is...essentially a ketchup-mayonnaise blend! 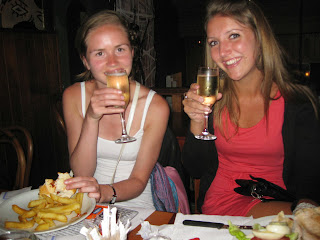 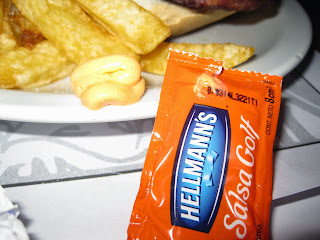 Afterwards we headed to a nightclub which was full of locals ‘porteños’ and played a random mix of music where we danced until the early hours.