Posted by The Hungry Traveller on 08:00 in Asia Food Travel | Comments : 1

Of course in Jordan falafel is a very popular street food which you can find all over the city. 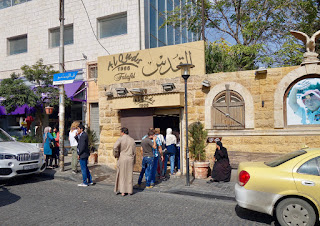 But also Shawarma is worth trying - its the Arabic version of Turkey doner kebab or Greek gyros - basically mixed meats grilled on a vertical spit which are shaved off and stuffed into a flat bread along with tabbouleh (tomato, parsley, mint, bulgar and onion). 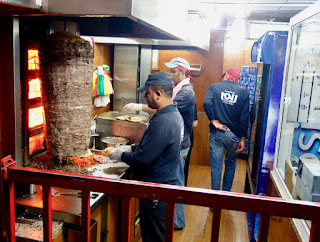 We ended up sitting on a roundabout near our hotel tucking into this delicious wrap. 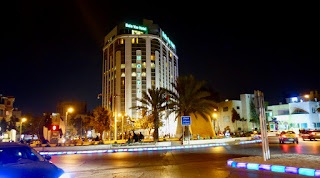 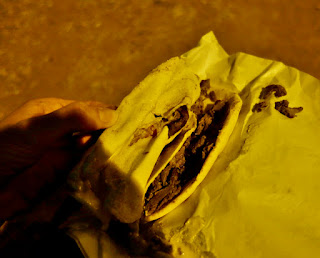 Another yummy street dish I had was from Khubaizeh where I had Makdous.  I'd never heard of this dish before but it's Levantine (Jordan, Lebanon, Palestine, Israel & Syria cuisine) and is essentially oil cured tiny aubergines/eggplants stuffed with red peppers, walnuts, garlic and spices. 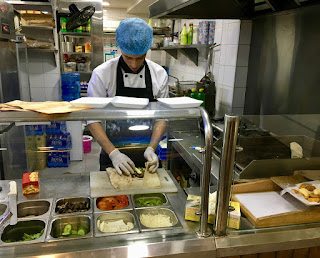 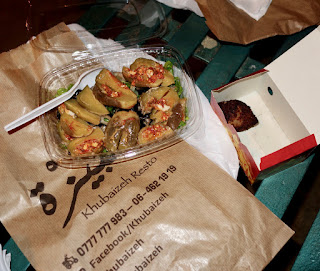 You can also grab food from the numerous pavement vendors. 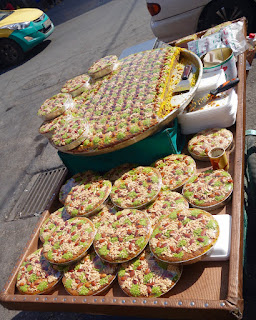 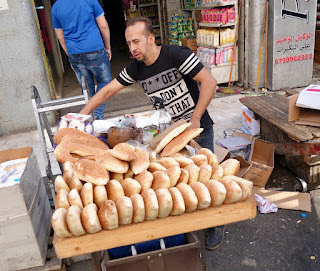