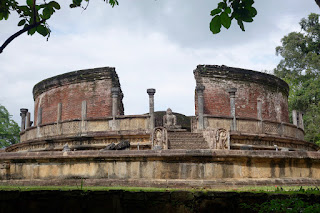 Next stop on my Sri Lankan adventure was Polonnaruwa. It took about 5 hours from Anuradhapura by local bus - as with our buses, there are special seats for disabled and pregnant people, but also monks!

Fortunately we had time for a little lunch before heading out to explore...I got to use my new 'spork-ive' - isn't it awesome!?

Polonnaruwa was the capital of the Indian Chola Dynasty after Anuradhapura was conquered in the late 10th century and the second largest city in Sri Lanka’s North Central Province.
Like Anuradhapura it is also home to impressive ruins and is also a UNESCO World Heritage Site. However Polonnaruwa’s are closer to each other and generally in better repair. 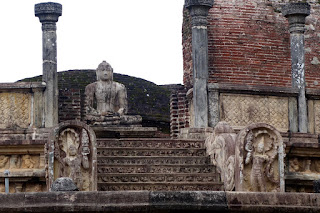 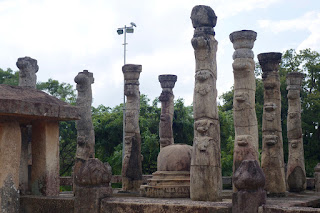 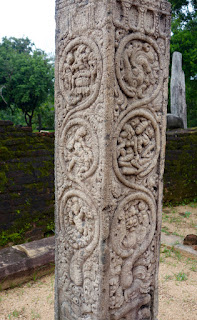 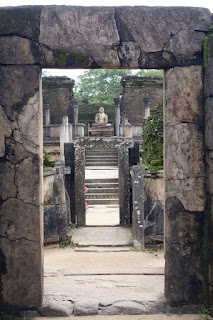 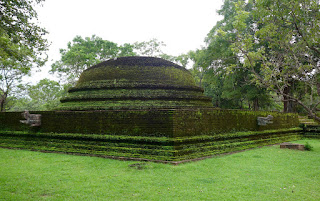 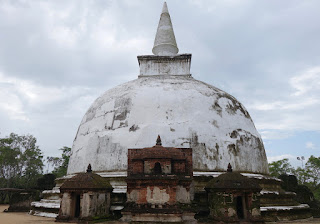 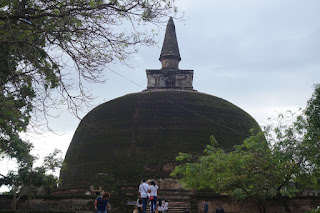 Again we hired bikes as the best way to get around these 1000 year old remains. 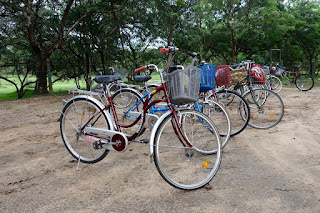 There are more palaces, temples and stupas, but the main draw are the huge stone Buddhas. 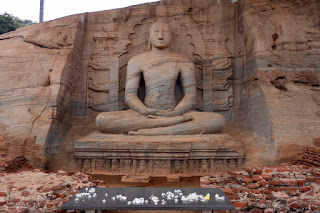 The 14m high granite carved reclining Buddha is a famous Sri Lankan sight and shows the rock carving abilities of the Sinhalese.

As in Anuradhapura, most buddhist buildings are marked with three elements:
1) the moonstone (‘sandakada Pahana’) - this semi circular stone at the base of steps can be intricately carved 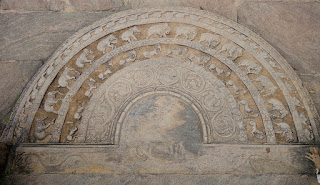 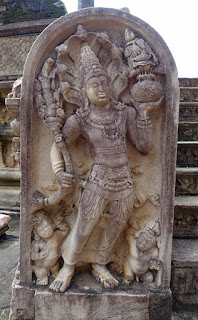 3) the balustrades (‘Korawak Gal’) - this is positioning on the sides of the steps and represents an animal (usually a fire-breathing dragon). 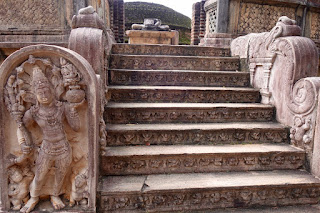 Also spotted some of the city’s toque macaque monkeys which have been living in the ruins since original occupation. 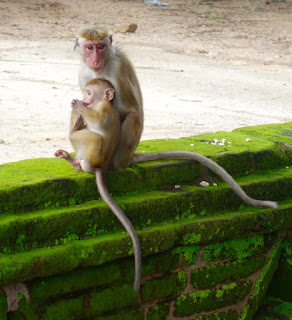 And a couple of other animals! 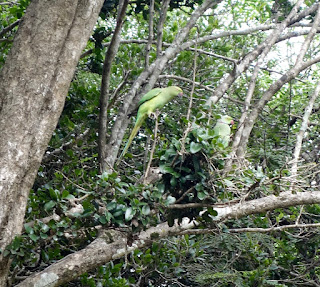 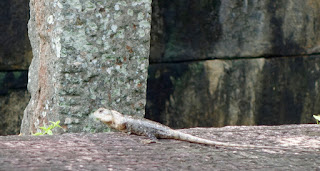 All impressive, but after a full day of temple-visiting before we were pretty “templed-out” by the end. 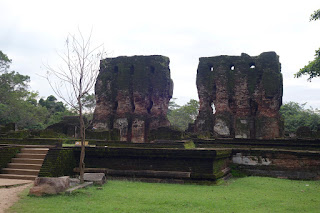 We wandered into the little town for dinner where I had a yummy meal of hoppers (one plain and one egg) with spicy chicken gravy... 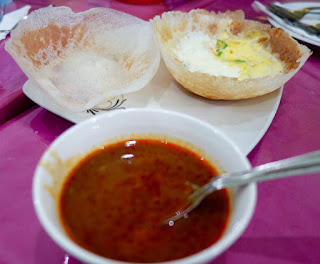 ...followed by a portion of chicken and veggie noodles. 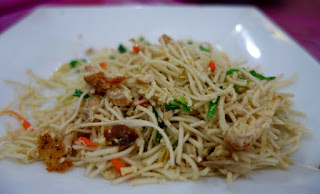 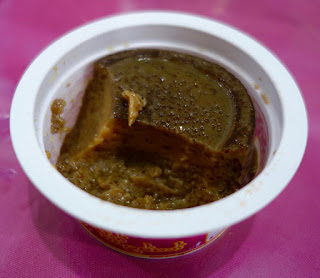