On the way to Anuradhapura, Sri Lanka 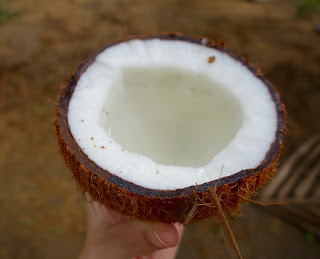 From Negombo we drove in the direction of Anuradhapura to a small town called Chilaw, passing some impressive buildings on the way. 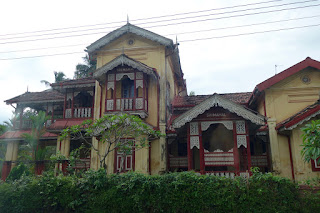 The main feature of this town is the Munneswaram Temple. This Hindu temple has been in place since at least 1000AD and is associated with the hero-king Rama. The complex is made up of five temples, including one buddhist temple, but the main one is dedicated to Shiva. 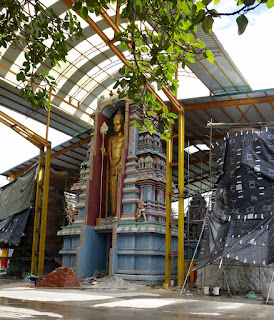 You’re not allowed to take pictures inside the temple (hence the lack of photos) and must remove your shoes. 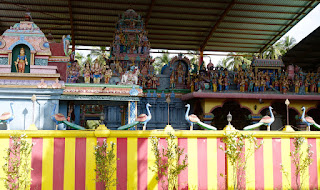 Next stop on the journey to Anuradhapura was a coconut plantation.
Sri Lanka is the world’s fifth largest producer of coconuts and can be seen almost everywhere in the country and is a key part of the daily diet.

Coconuts are great because of their versatility - whether you drink their water or milk, harvest charcoal from their hard shells, eat the flesh, cook with coconut oil, decorate with the leaves or create cosmetics.

We watched as a man scrambled quickly up the tree (which can grow up to 30 metres tall) to pick some fruits. A coconut palm tree can yield up to 75 fruits in a year, but most often only have about 30. 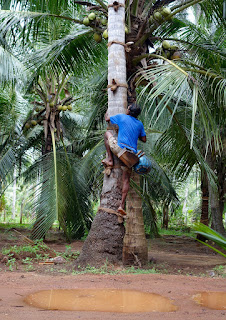 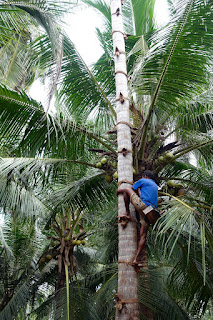 The farmers then proceeded to show us the fruit and flowers in more detail. 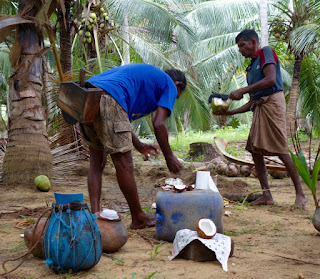 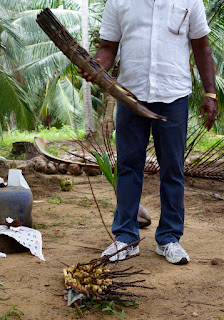 Did you know a full-grown coconut weighs about 1.5kg? 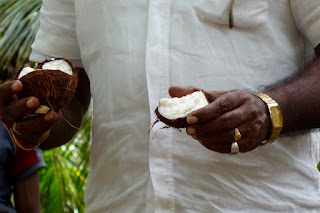 I’m a fan of coconut and often cook with coconut oil to give my food a tropical flavour but it’s also got a lot of other culinary uses. You can create margarine, the ‘meat’ can be used fresh or dried in desserts, desiccated coconut or coconut milk is often added to curries and soups and you can bake with coconut flour. 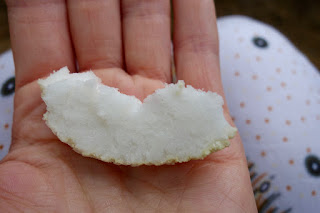 Coconut milk and coconut water are also two different things which I hadn’t really appreciated before! Coconut water is what’s found inside the fruit. Coconut milk on the other hand is created by grating the coconut white meat and adding to water or milk and letting it separate into milk and cream.

And then the heavens opened and off we went to Anuradhapura...