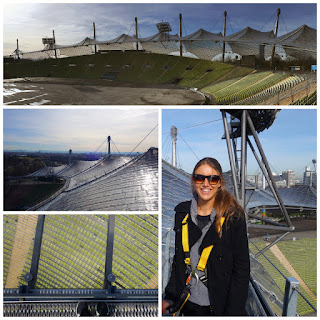 I’m trying to see more of Munich! I’ve lived here now for 2 years and realised that I often head out of the city to see new things rather than enjoy what’s on offer on my doorstep.

So one weekend, a friend and I decided to climb the roof of the Olympic Stadium. Yes - that’s a real thing! Check out this website offering the tours.

The Olympic Stadium is in the middle of Munich’s “Olympic Park” and was built as the main location for the Summer Olympics in 1972, holding 80,000 people. Nowadays the capacity has been reduced to 69,000 due to security concerns.

The stadium used to be home to the FC Bayern Munich football team until the Allianz Area was build for the 2006 World Cup.

We started our tour with an education film (clearly from the 1980s!) where we learnt about the engineer (Frei Otto) and the architect (Gunther Behnisch) who designed and built this revolutionary tent-style stadium.


Before heading onto the roof, we had to ‘suit up’ in safety harnesses! 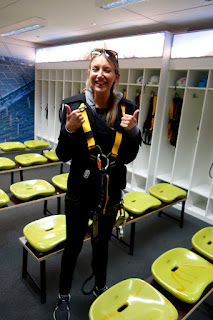 Then you climb up a steep track following the arch - pulling your ‘Wally’ (cable and roller) along with you. 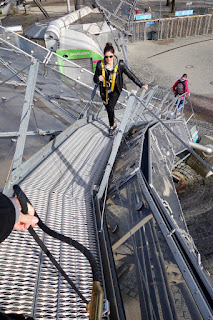 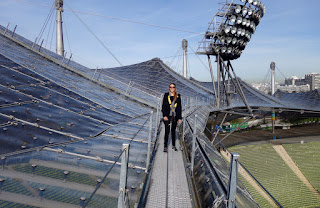 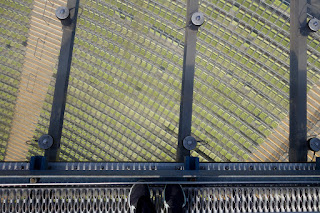 This lightweight design is made from acrylic glass and steel cables and meant to echo the style of the Alps - the mountains which you can even see in the distance on a clear day. 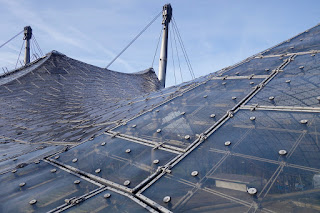 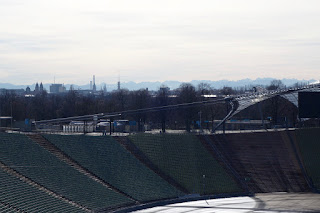 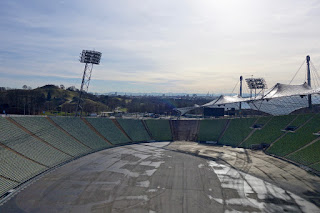 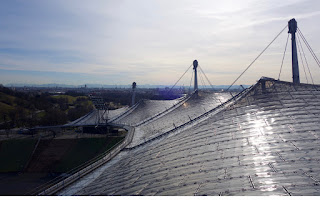 We were so lucky that it was the only sunny and clear day all week so we could really enjoy the gorgeous views from the top. 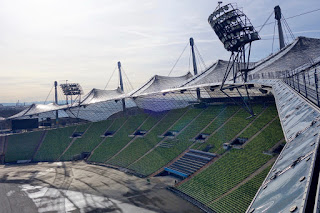 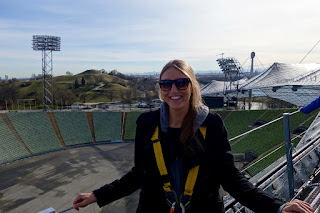 The stadium was built in a pit made by the WWII bombings in the city, 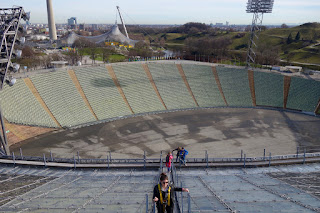 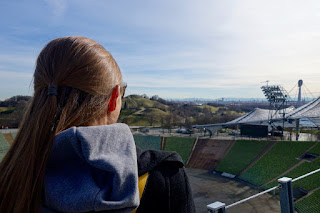 After completing the full arch we decided to head into the Olympic Park for a little wander in the sunshine. The Park was built in an area known as “Oberwiesenfeld” (upper meadow field) and is still used for lots of social and cultural events. This 300-hectare sized park is now a popular work out spot - everywhere there are joggers, cyclists, walkers and boot camps!

The Olympic Area of the Park is where the stadium is located, along with the Hall, Hill, Tower and Lake.

The tower is 291m high and weighs 52,500 tonnes. At 190m there is an observation platform and just below a revolving restaurant. I’ll put this on the future list. 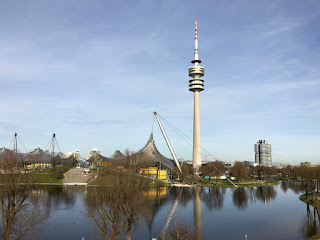 We climbed up the Olympic Hill. At 50 metres you get a good view over the park grounds and beyond to the city’s buildings and the Alps in the distance. 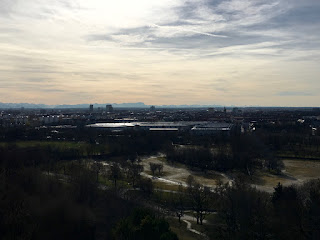 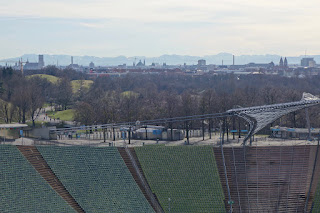