Palermo, Sicily - things to do / see

Posted by The Hungry Traveller on 05:30 in Europe Travel | Comments : 0 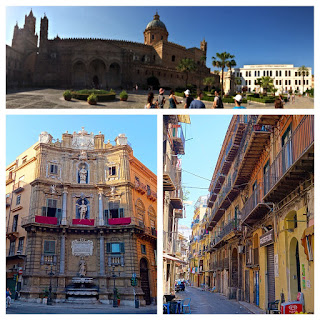 Despite Palermo being one of the key tourist sites in Sicily it hasn’t become ‘one of those places’…many of the menus are only in Italian, there are still lots of old markets and places which are untouched.

It feels a little bit like you’re stepping back in time – the faded grandness of the city’s walls, palaces, churches and streets still have life in the markets... 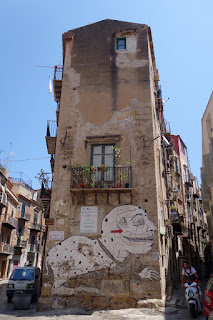 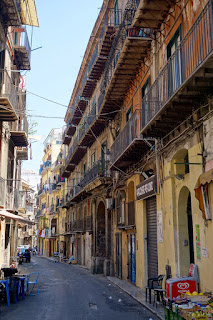 ...and in the evening the labyrinth streets come even more alive.

The main city sights are Quattro Canti, Pretoria Square (aka ‘square of shame’), the cathedral, and Marina Square… 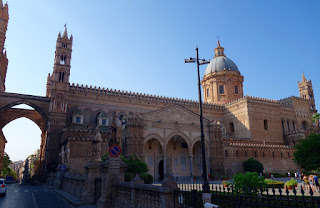 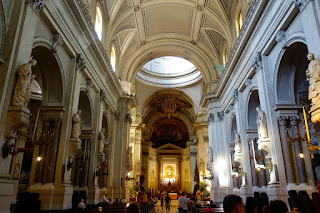 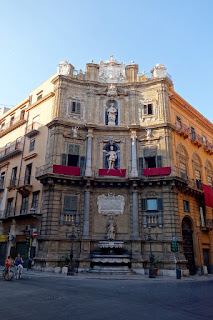 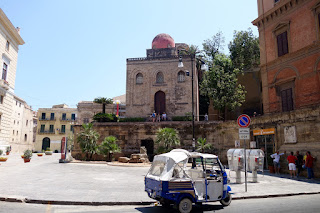 Another of Palermo’s sights is the Catacomb of the Capuchins (“Catacombe dei Cappuccini”). Honestly I found it creepy and a bit unsettling. It’s full of more than 8,000 mummified skeletons that are propped up, dressed in burial outfits and lining the underground walls. 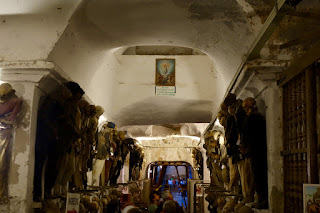 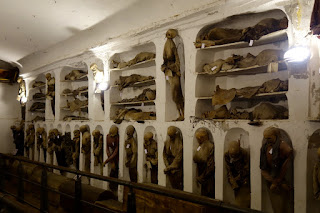 It’s definitely unique but also a bit morbid disturbing seeing the real ‘faces’ of dead people, and particularly the children.

An evening stroll (‘passeggiata’ in Italian) along the marina is another goood thing to do. 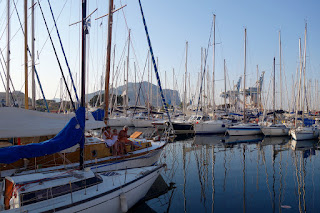 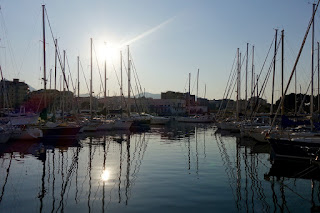 We also then found ourselves in a local beach hangout. 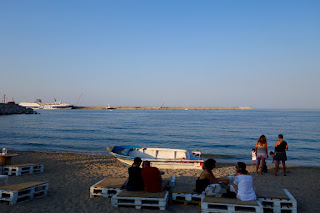 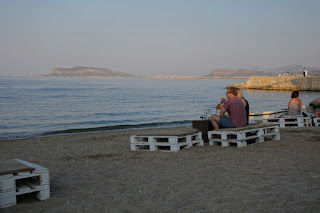 An ideal place to relax with a few drinks and watch the sun go down. 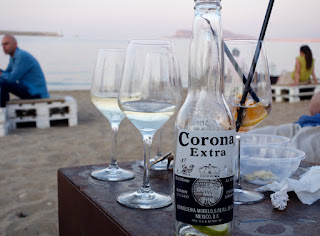 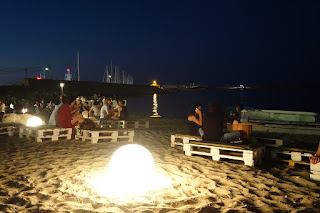 There was also a food truck pitched up next to the beach so we grabbed dinner…a sardine-stuffed roll plus a Sicilian salad basket. 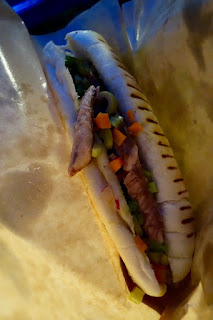 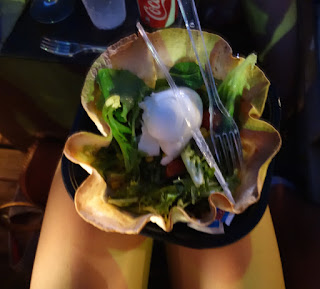 We ended up joining in with a local guy’s birthday celebrations. 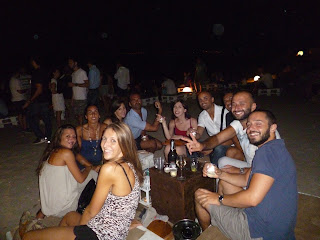 They told us that the footage being projected on a screen above us was to commemorate the death of Paolo Borsellino. An Italian anti-Mafia magistrate who was killed 23 years earlier by a Mafia car bomb in the city. This was 57 days after his anti-Mafia friend had also been killed (Giovanni Falcone). 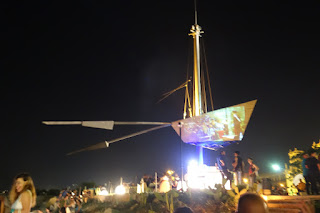 It turned out that Palermo is one of the main places where the Mafia (‘Cosa Nostra’) are based. There are even ‘pizzo free’ shops where the shopkeepers refuse to pay the ‘racket’ to the Mafia. 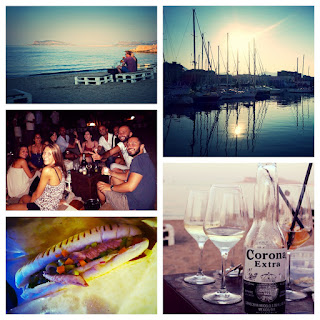