Posted by The Hungry Traveller on 09:13 in Europe Food Travel | Comments : 0

Today was the day for exploring Croatia’s tourist hotspot! We walked into the city, admiring the shimmering Adriatic sea en route.

We stopped at a bakery for breakfast-on-the-go - a tasty shared combo of a cherry pastry and plain pastry stick. 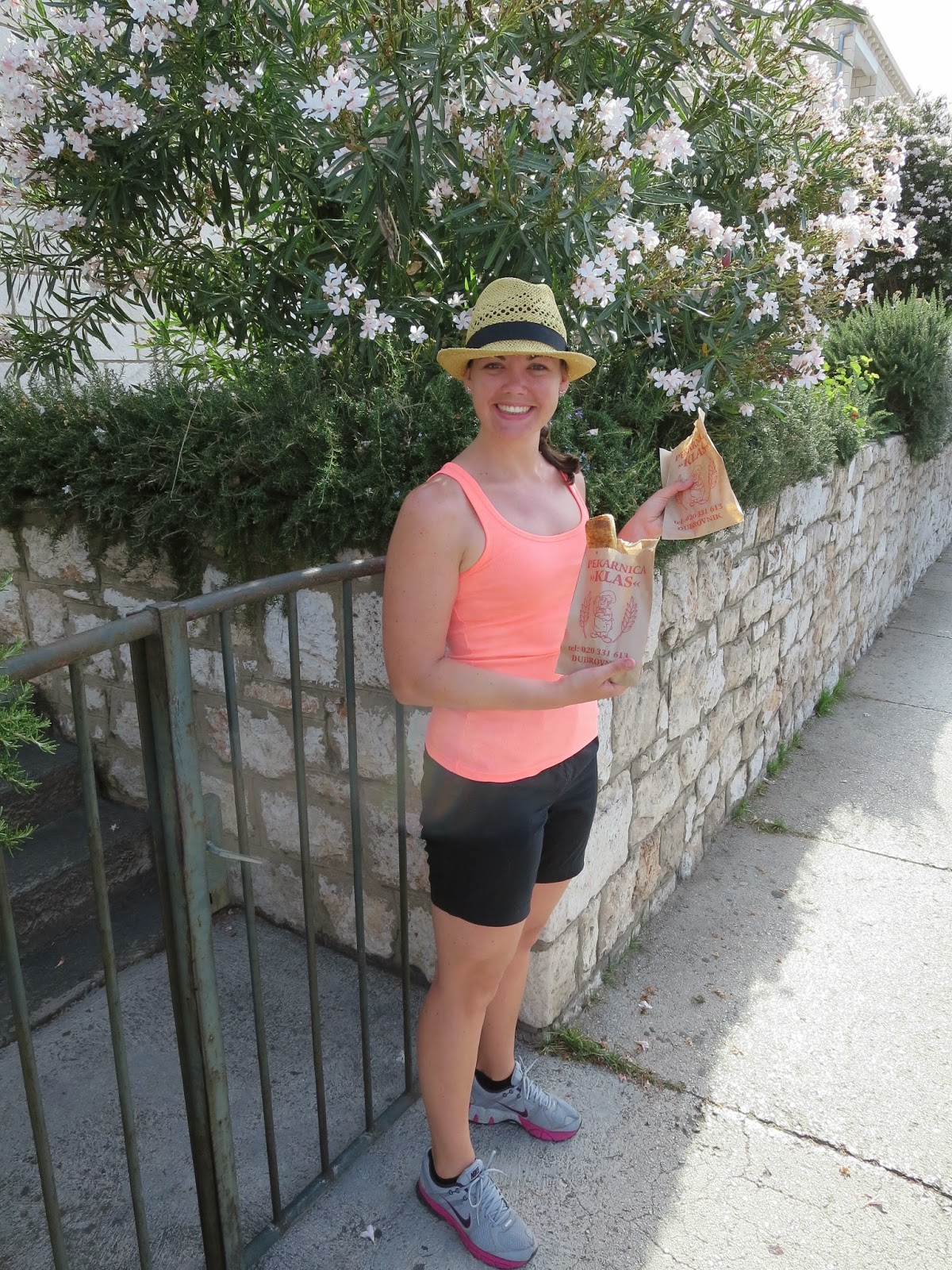 We accidentally took a slight detour enroute, ending up in a cemetery! 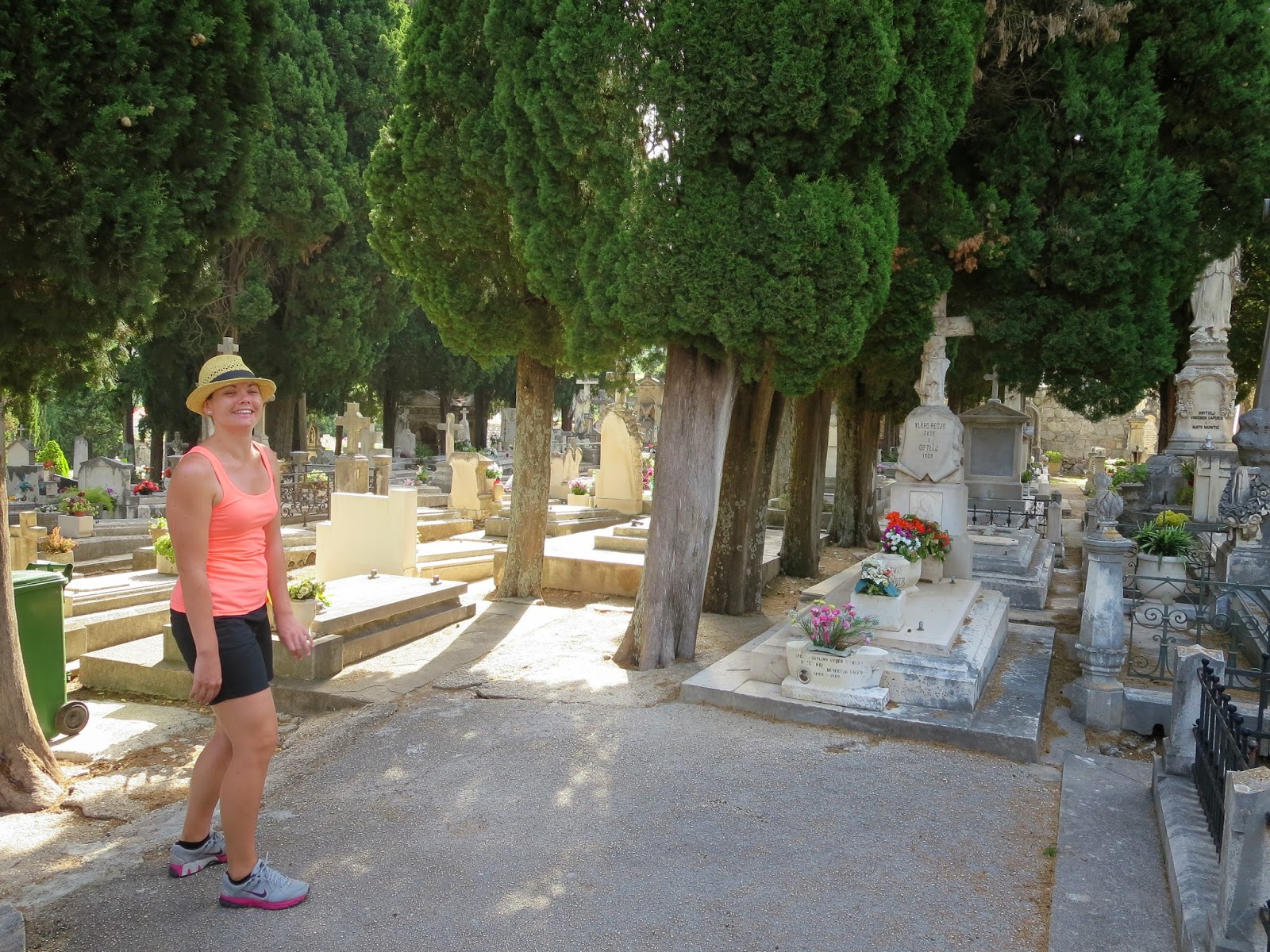 Fortunately we met a friendly local who redirected us and chatted about her recommendations for our time (Lokrum Island and Cavtat town plus some bars and clubs ideas).


Thanks to our local lady, we shortly found ourselves at the entrance to the city.
Medieval Dubrovnik was founded 1,300 years ago by refugees from Greece. It became an important maritime trading location until an earthquake in 1667 and new trade route started it’s decline, finishing with conquest by Napoleon in 1808. The city was attacked in 1991 by the Yugosalv army but the residents pulled together and now all of the damaged buildings have been repaired / restored. It is now a wealthy and impressive city, attracting multitudes of tourists and cruise ships.


We started our exploration of the city with a walk around the city walls - Dubrovnik’s impressive claim to fame. 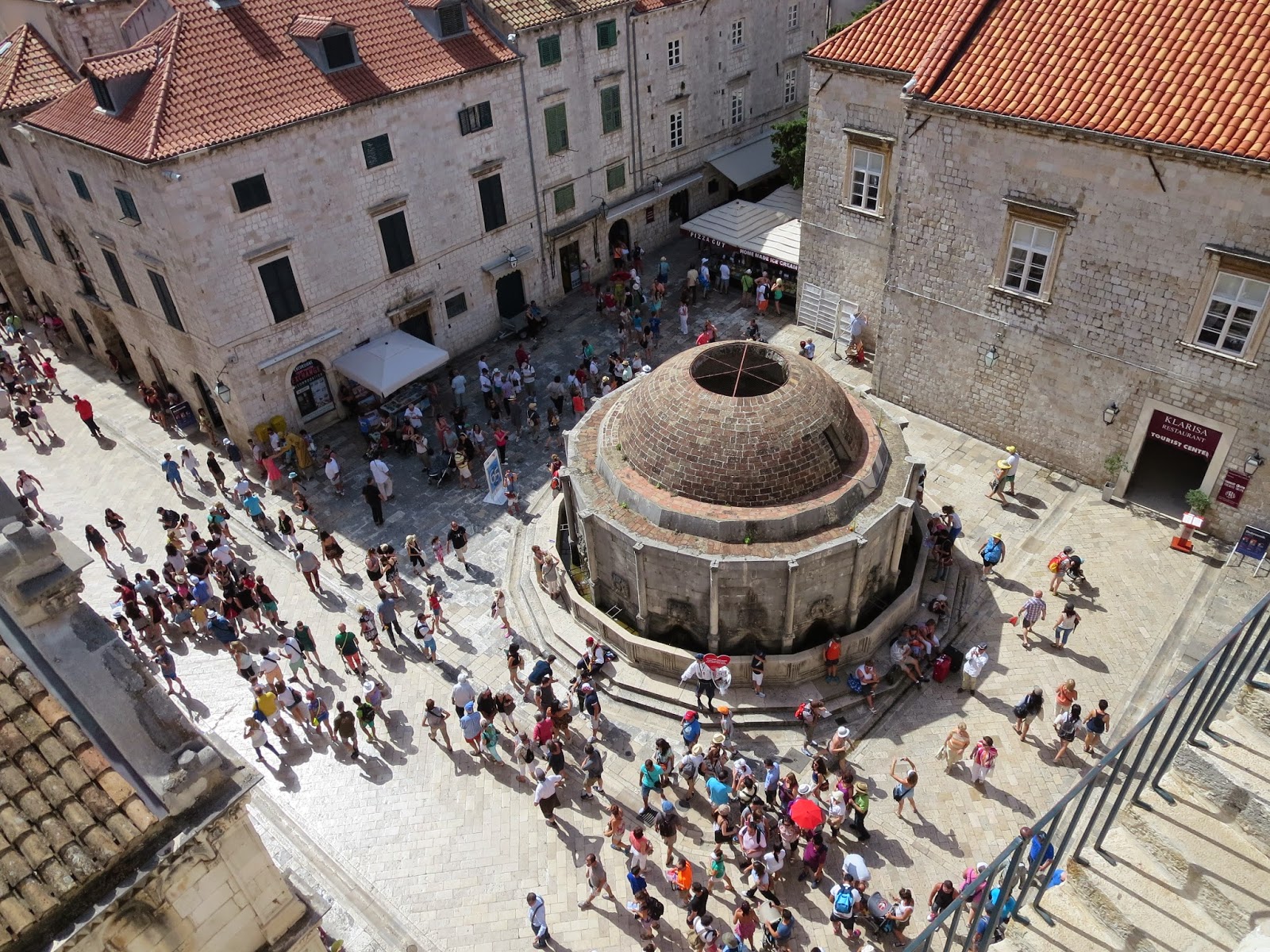 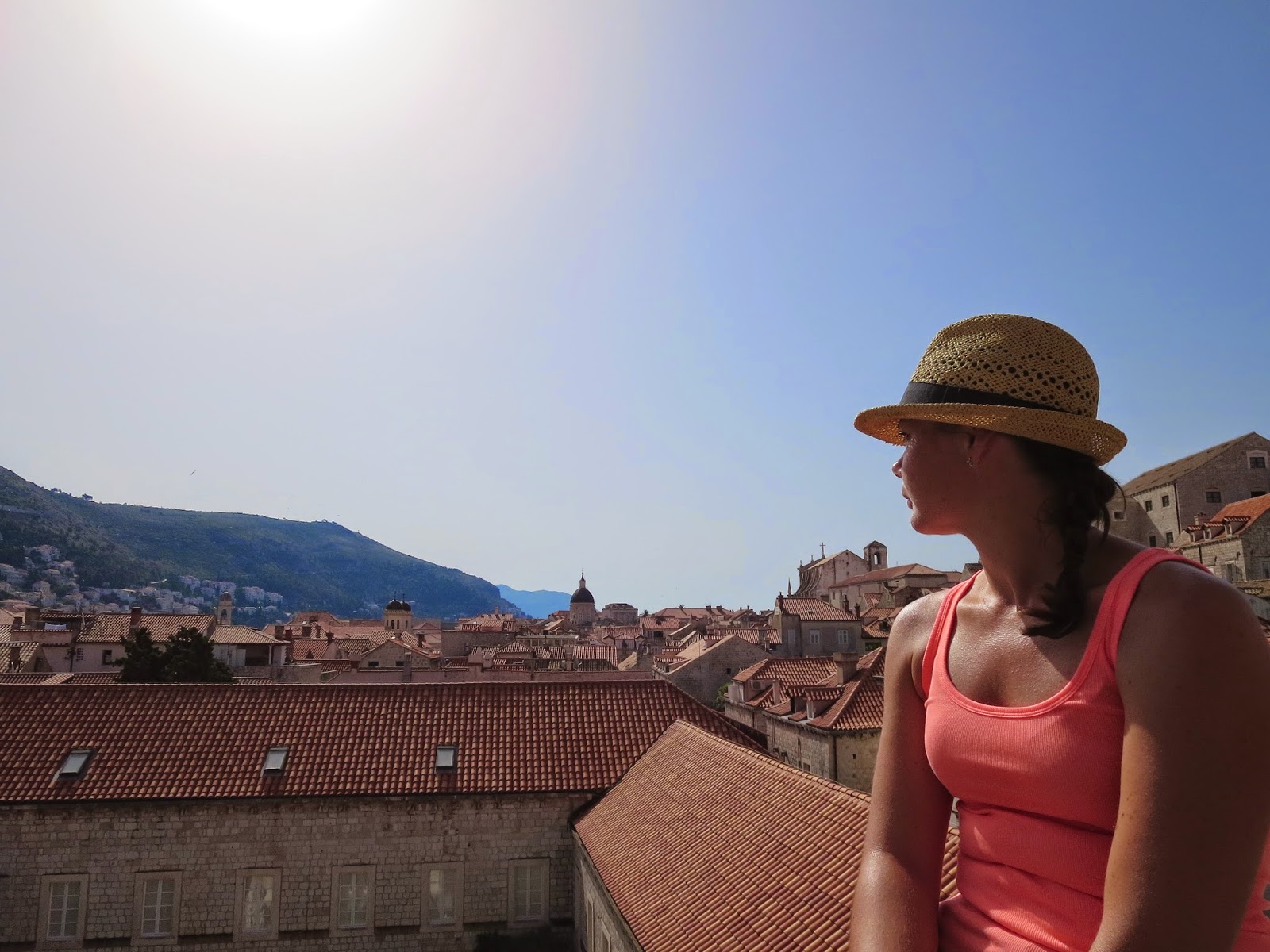 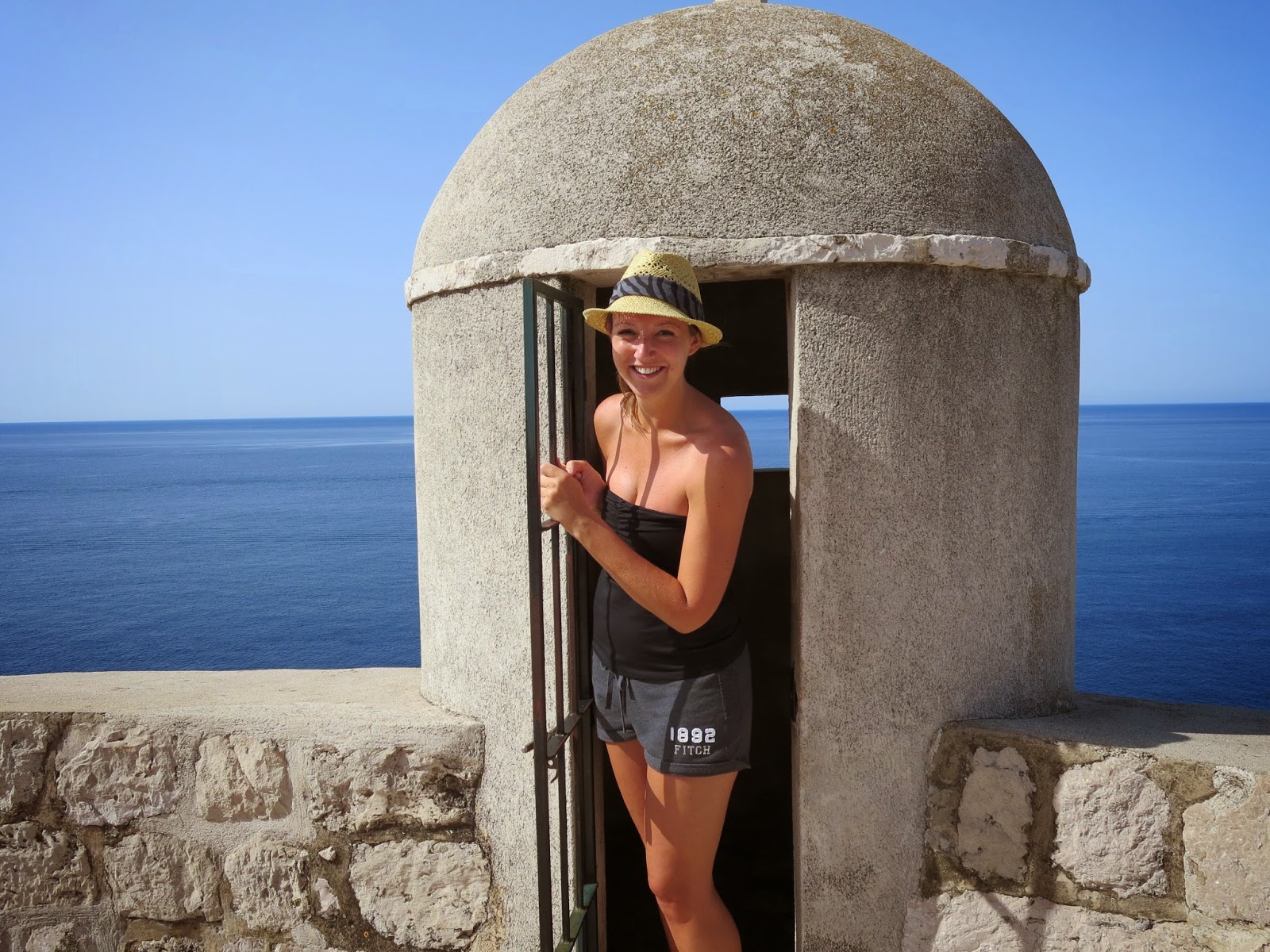 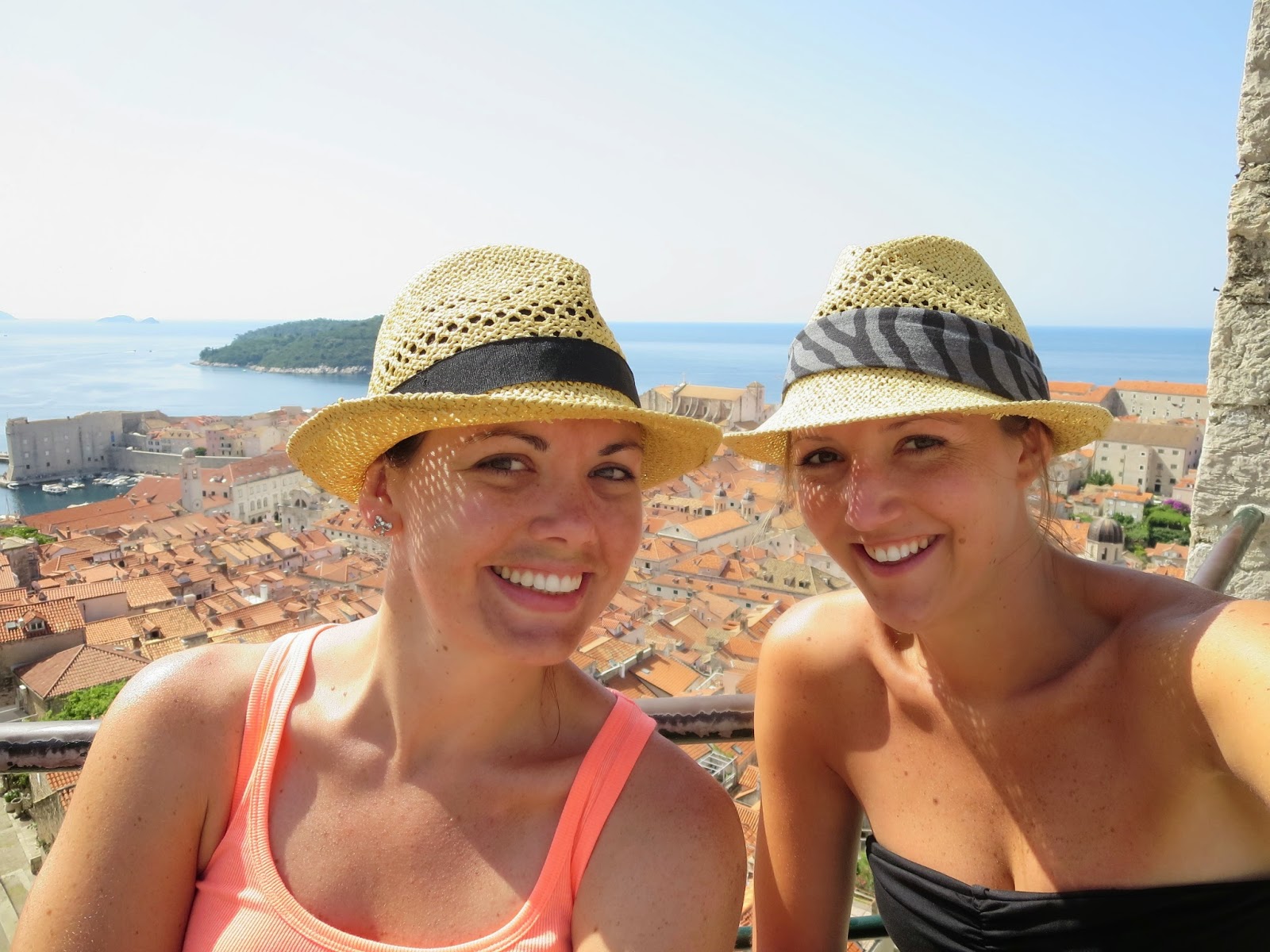 The walls are over 2km long and give great views over the city’s terracotta rooftops and the sparkling Adriatic sea. They were built between the 13th and 16th century and reach up to 25m high.

We wanted to do them early because they can get very busy during the day and you can only walk them clockwise.

We also visited the fortress, just next door, giving a different viewpoint of the city.

In need of a cool drink after our sunny stroll, we headed to Buža bar - a slightly hidden but repeatedly recommended isolated bar-on-a-cliff just outside of the walls, overlooking the sea.  The bar is on Ilije Sarake and is only indicated by a ‘cold drinks’ sign near a hole in the wall! 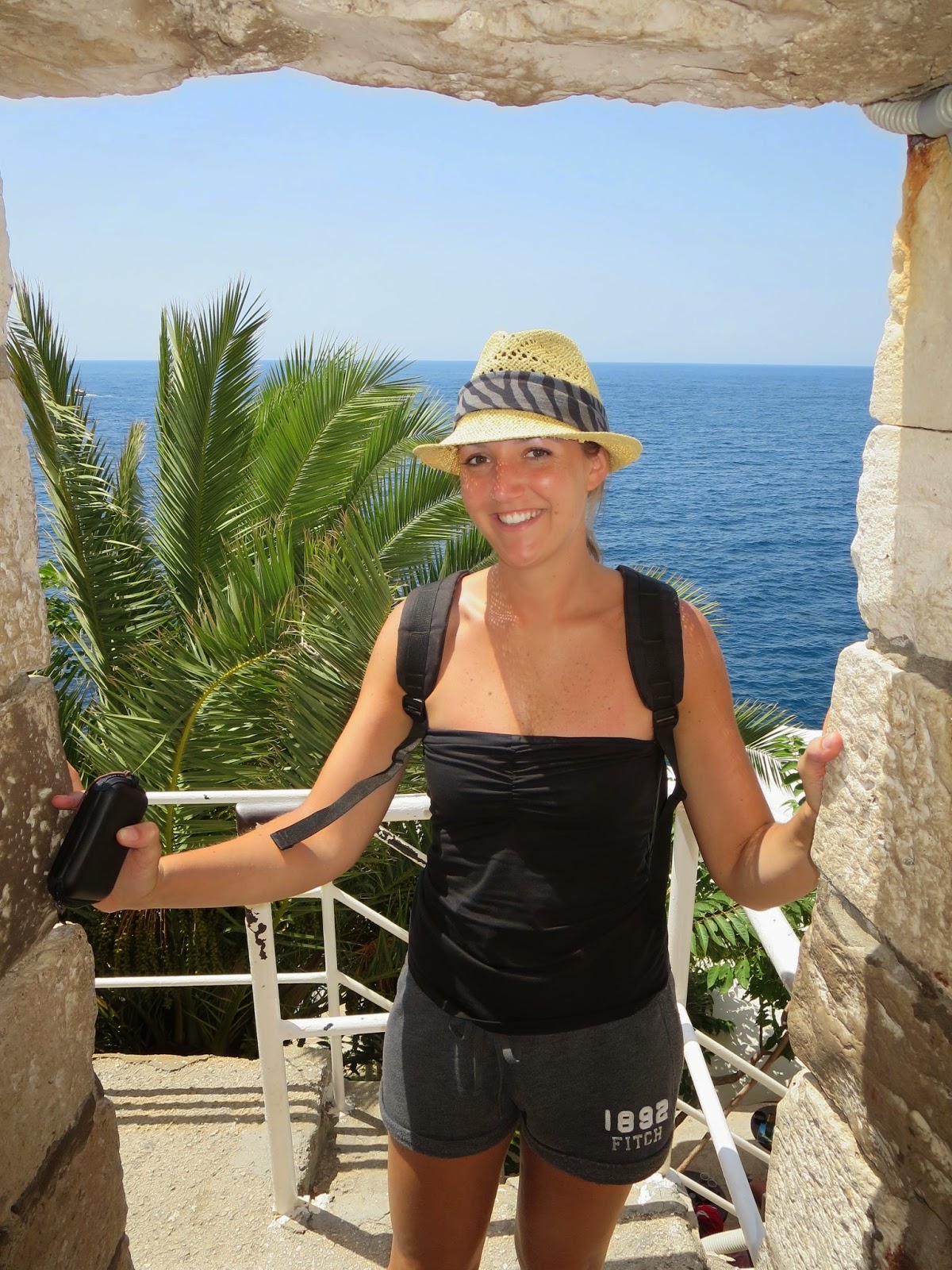 We settled into the relaxed friendly atmosphere, sipped our drinks and admired the sunny views. 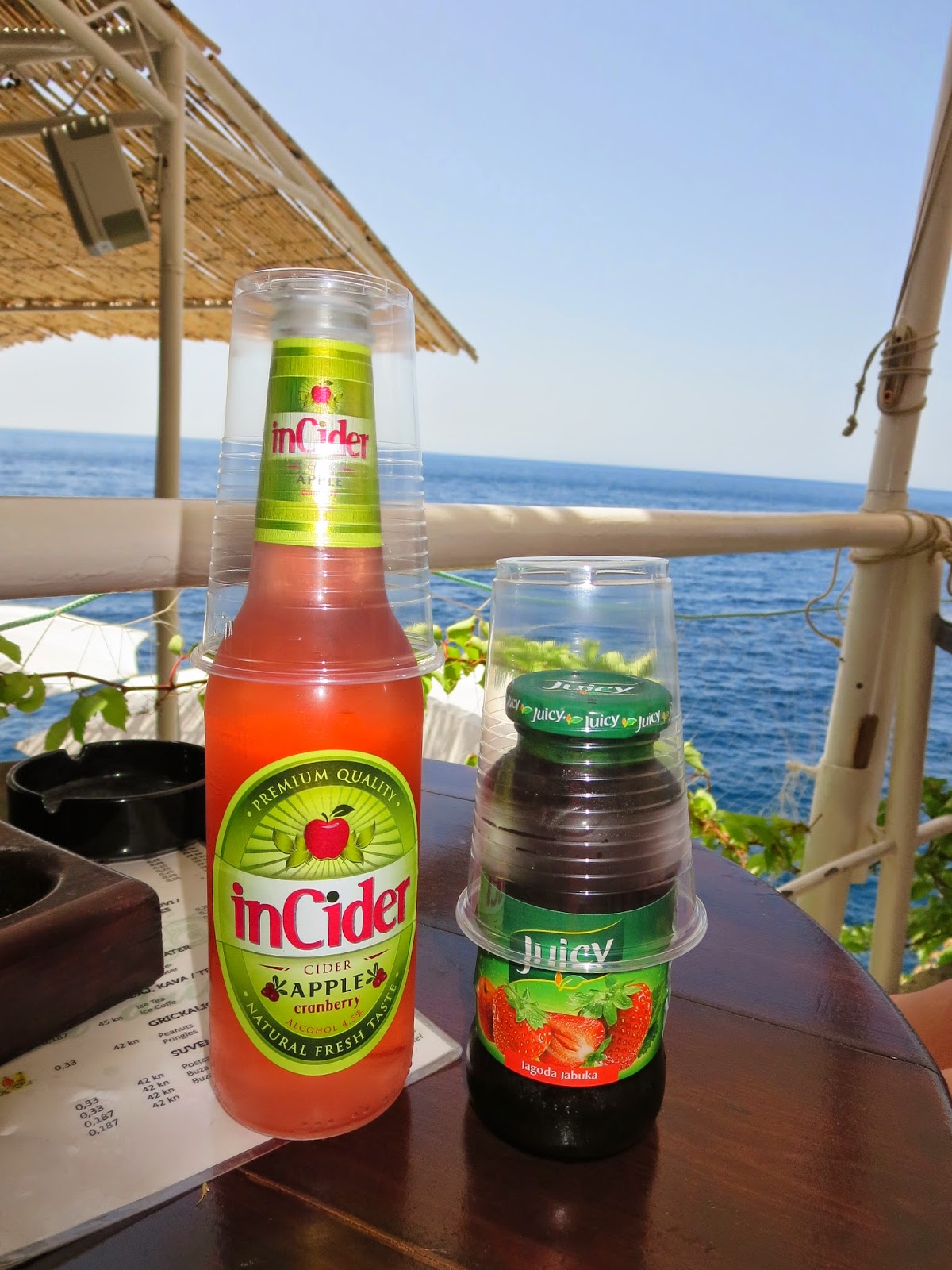 Once refreshed, we headed back into the old town to explore some of the small shady lanes off the main street, darting in-between souvenir shops and cafe tables.

For lunch we decided to stay in these shady cobbled streets as the sun was now beating down on us. 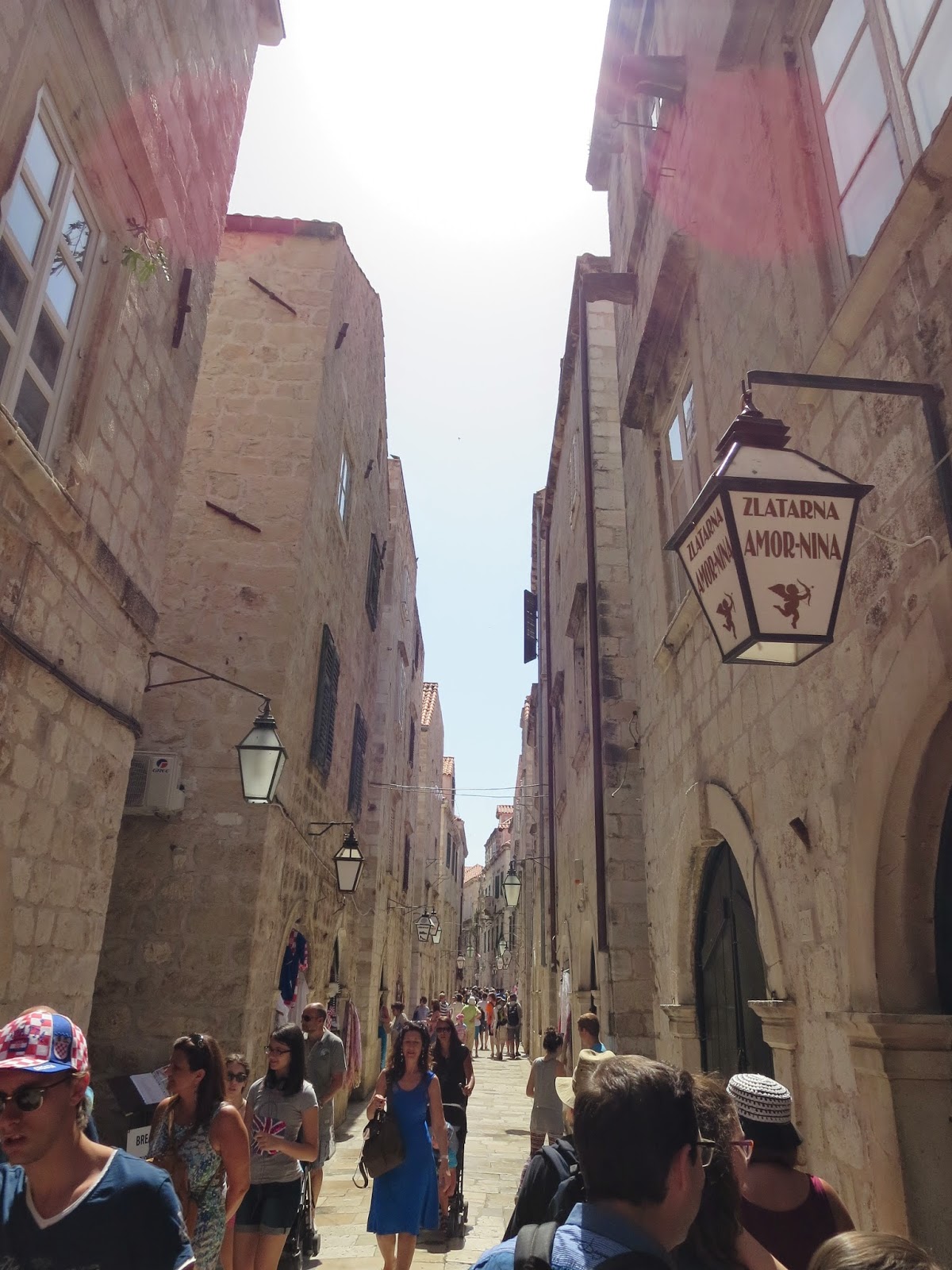 Followed by a main course of dorado grilled fish and seafood spaghetti.

And finished up with bowls of ice cream.

Needing to walk off our delicious lunch we headed along the coastline away from the city, past the trendy ‘east-west’ beach, stumbling along a hidden cove. 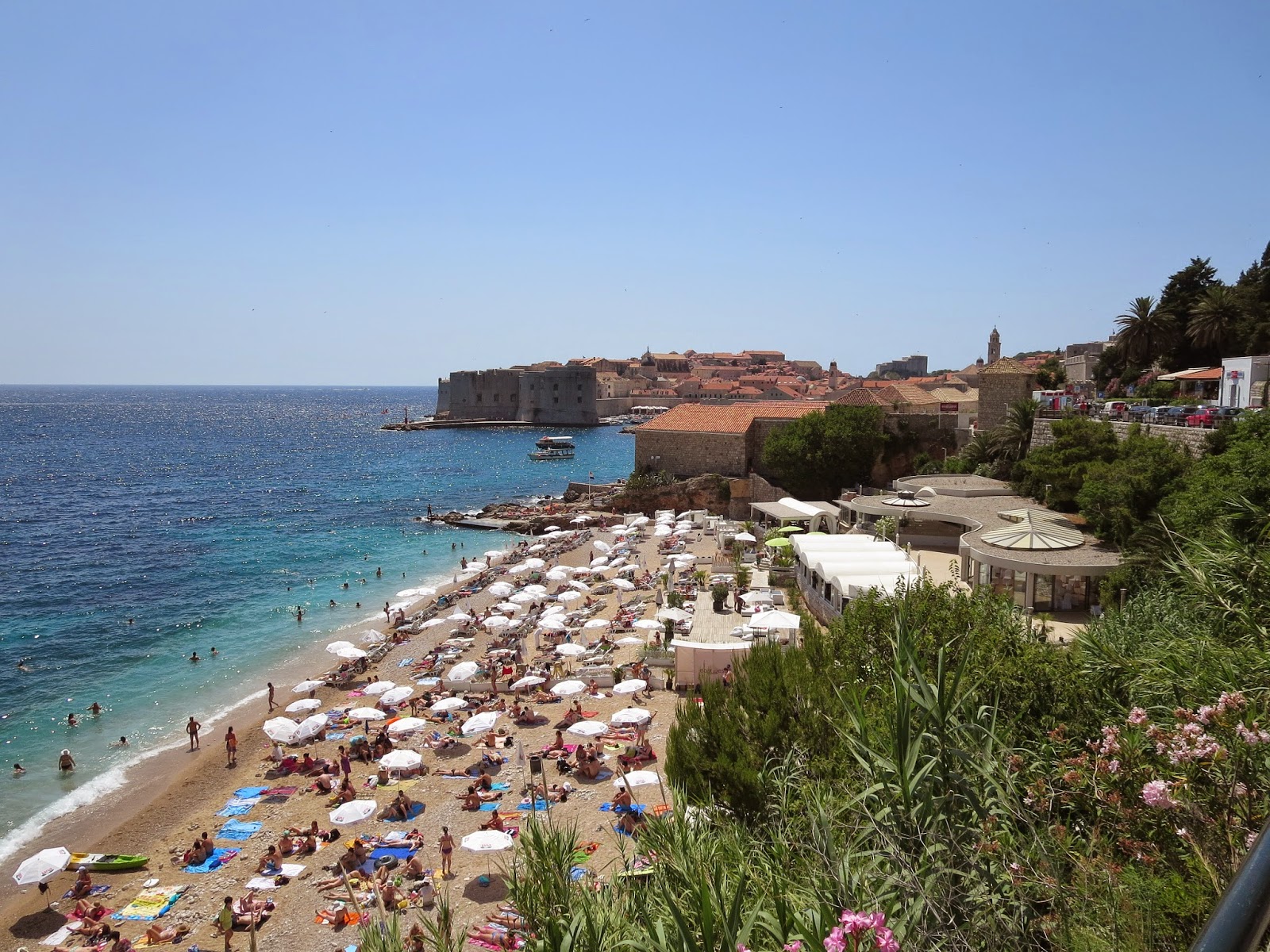 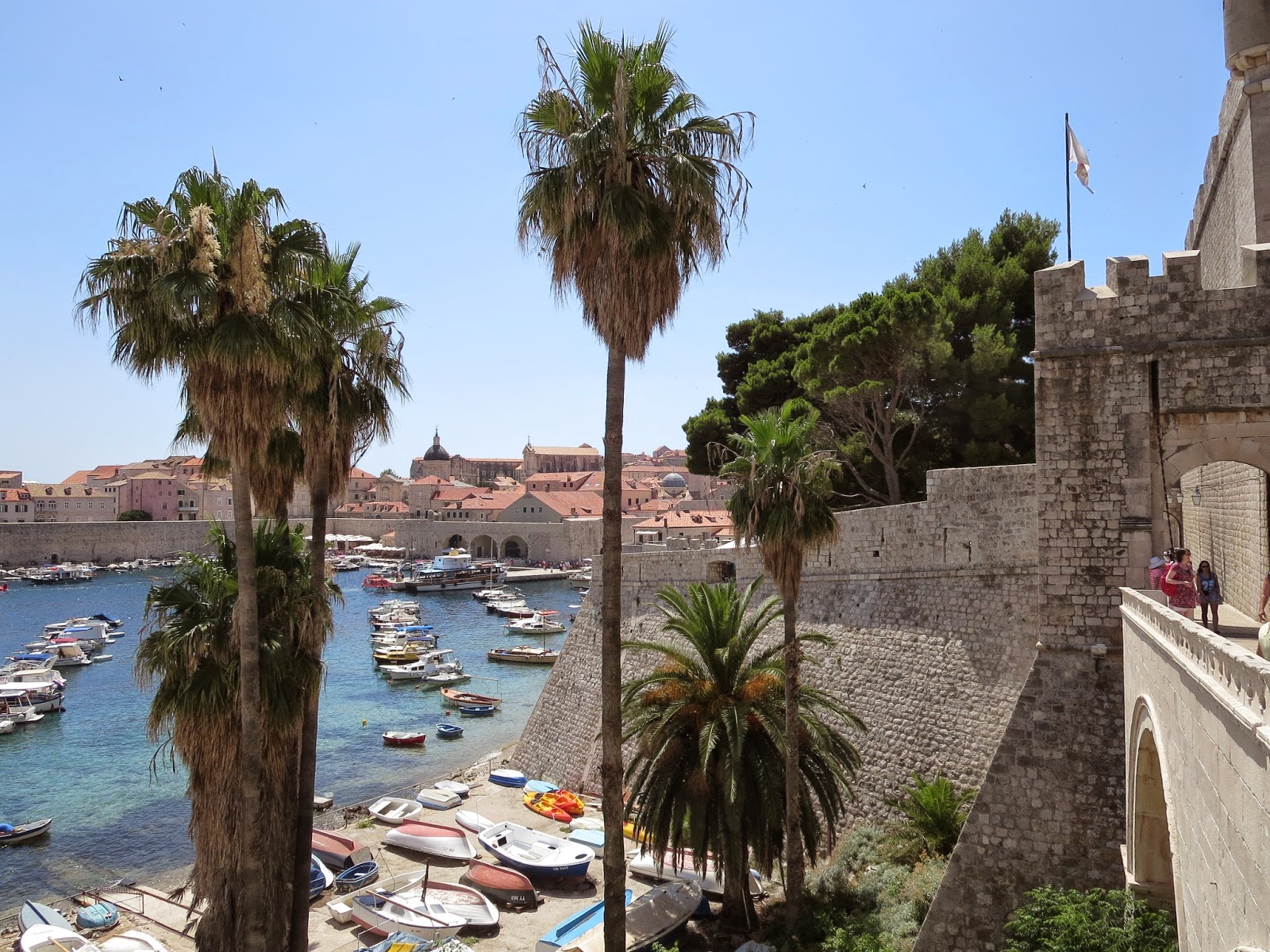 Hot and sweaty we were desperate for a swim but had failed to bring our swimmers, so emergency bikinis were fashioned from our clothing / scarves to enable a much-needed dip!

After cooling-off, we headed back into the town to follow a recommendation from our local lady that morning - wine tasting at D’vino wine bar.

It was great - we had 3 different white wines from around Croatia delivered on a little rack. The waiter told us which to start with and gave us a little card to explain them. 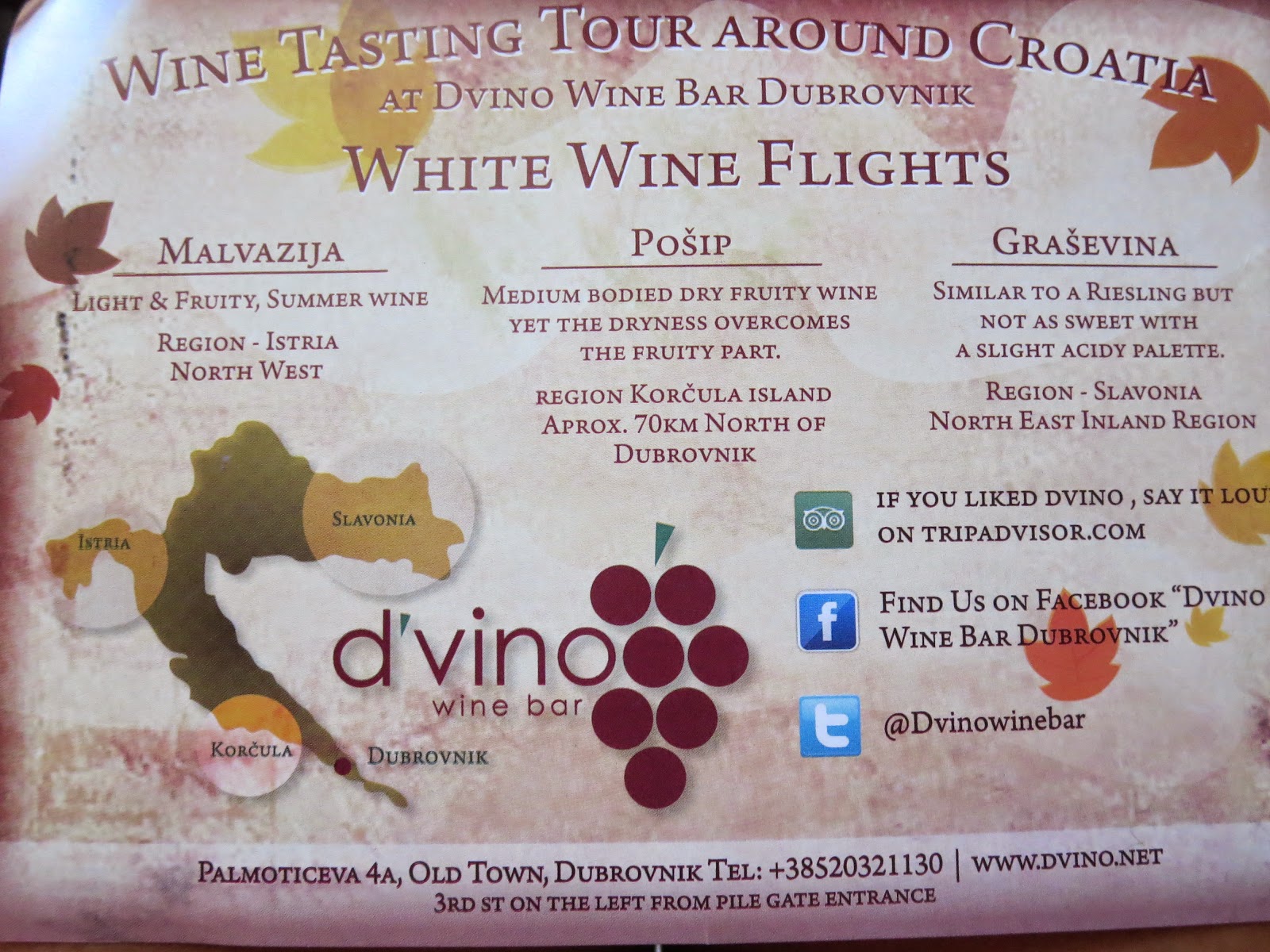 We happily sipped away…

To help us on the walk back we grabbed some ice-creams (I went for a coca-cola flavour one, whilst my sister when for kinder egg!) 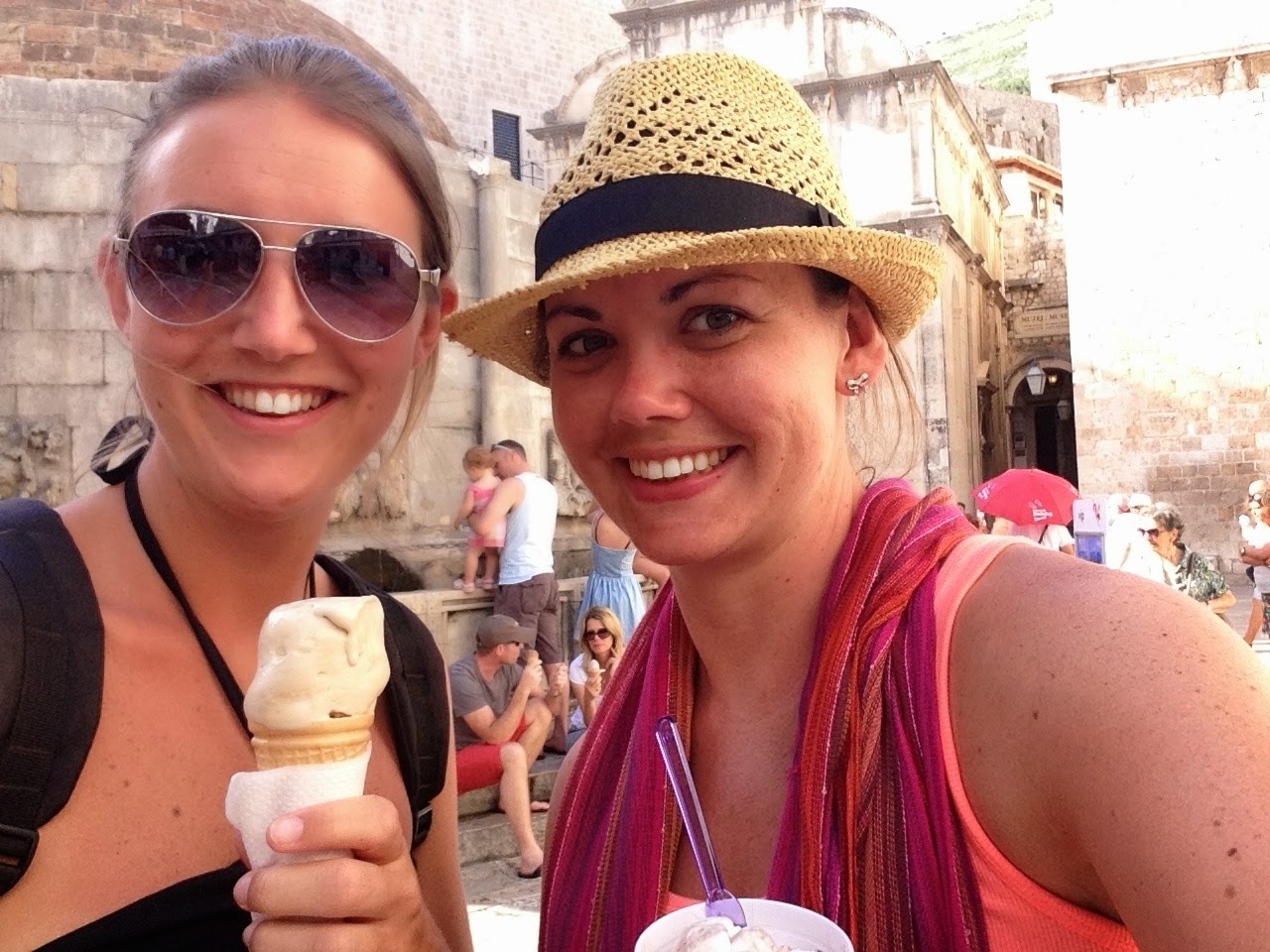 Back at the hostel we freshened up before headed back into the old town for drinks. To retain our post-wine ‘sophistication’ we opted for prosecco. 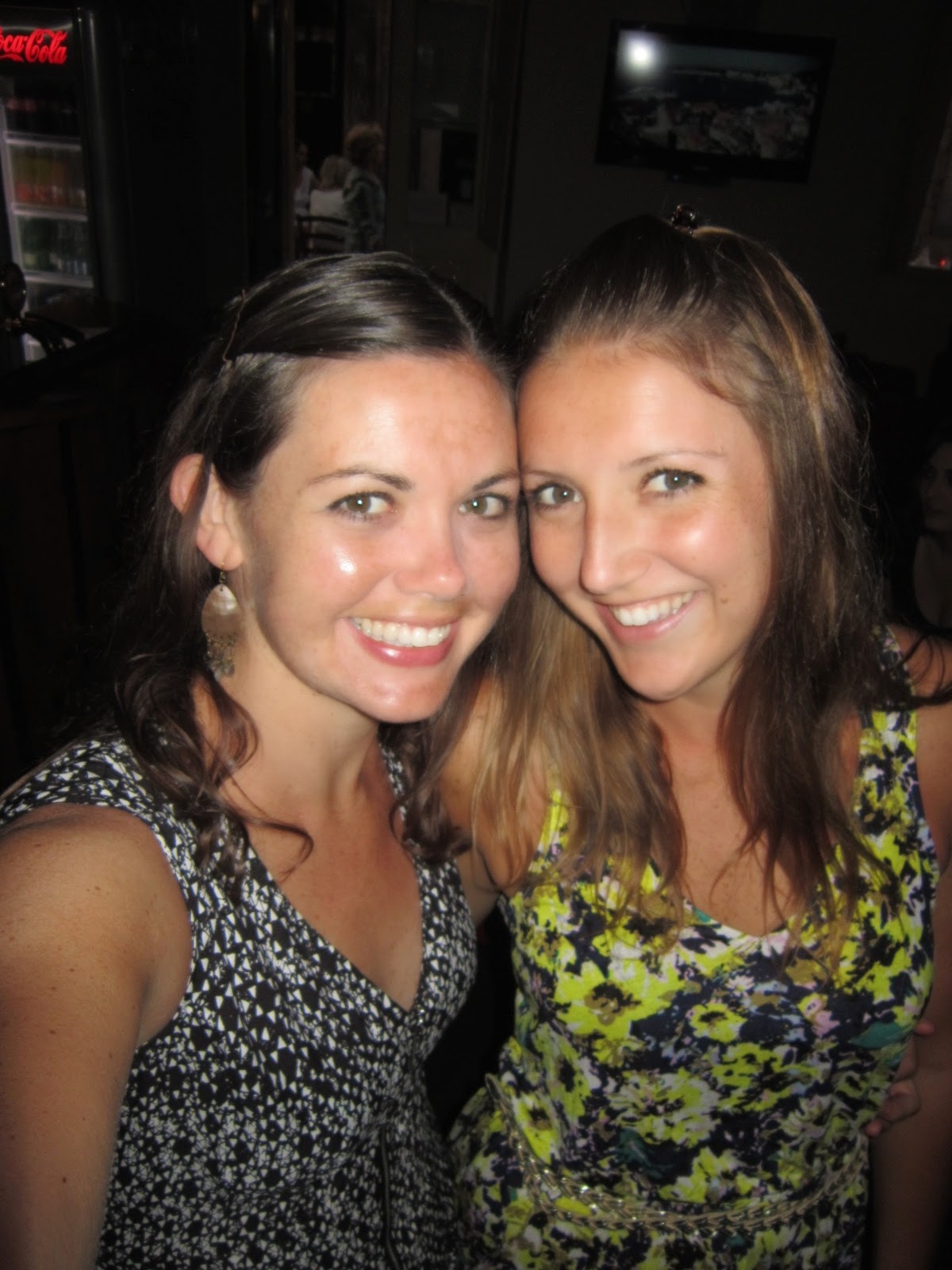 Next up was dinner and we ended up at a busy mexican-themed restaurant towards the back of the town. We weren’t very hungry after our lunchtime feast so split some nachos and a salad.  Then it was time to enjoy the Dubrovnik nightlife! We found a noisy bar complete with dance floor in the cobbled lanes so drank and danced away.

Final stop was Revelin - a club inside a 16th century fortress on the east side of town. Inside it had an Ibiza-style feel but with stark interior of bare stone blocks, arched aisles and high roofs - perfect to accommodate a large dance floor, long bar and lots of chill out areas…we even managed to wangle free entry!