How to kill a long morning in Zagreb!

Posted by The Hungry Traveller on 08:46 in Europe Food Travel | Comments : 0

We had a last morning in Zagreb before heading onwards for our Croatian adventure.

As it was raining we headed into Dolac's underground food market for some breakfast.

First stop was a bakery stand where we bought 'kifli' - a traditional Balkan yeast roll which is made into a crescent shape when rolled.  It make look slightly like a croissant but it's made from plain, bread-like dough so is just like a roll and is often eaten for breakfast, topped with jam or honey. 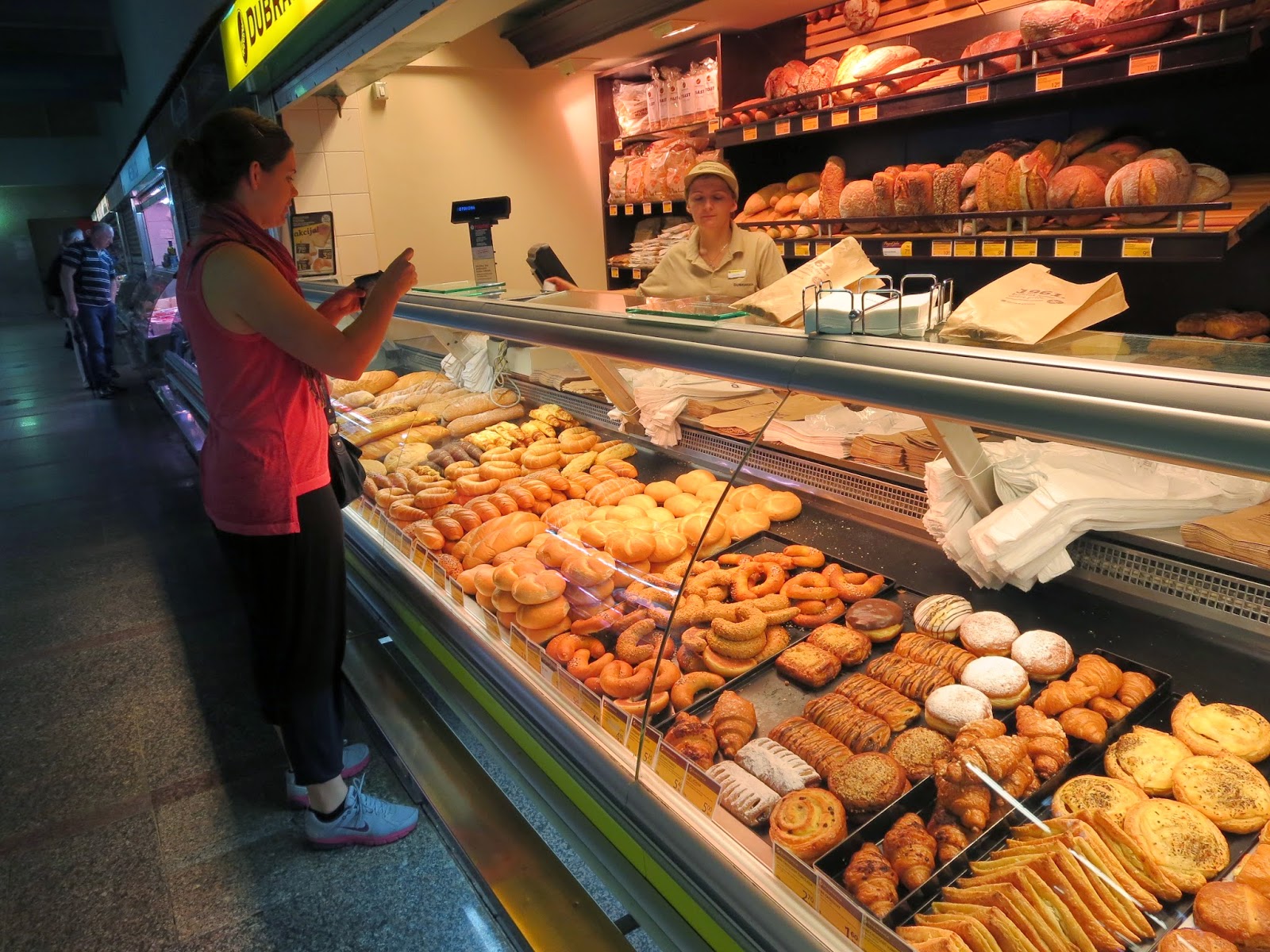 Snacking on our rolls, we continued to explore the vast market and stocked up on raspberries and dried fruits / nuts for our upcoming bus journey.

There were lots of meat stalls, with many of them selling Slavonija (smoked meat named after the region in eastern Croatia) - including 'Kulen' a spicy smoked pork sausage with garlic, cayenne pepper, salt, pepper and a little sugar.

Cheese is also a big thing in Croatia, one of the main items was 'Paski sir' - a quality sheep milk cheese produced on the very windy island of Pag.  Apparently, this gives the crumbly cheese a unique taste / smell!  Final stop on the underground market was the dairy market - ruled by 'Kumica' (a local term for hard-working farm women).  Fresh cottage cheese and cream is very popular in Zagreb - almost 'fast food' status when accompanied by some bread, salt and red pepper.

We drank Kefir (an Eastern European fermented milk drink made with kefir 'grains' into a natural yoghurt drink) which my sister made more palatable by adding some of the raspberries to the bottle - genius! 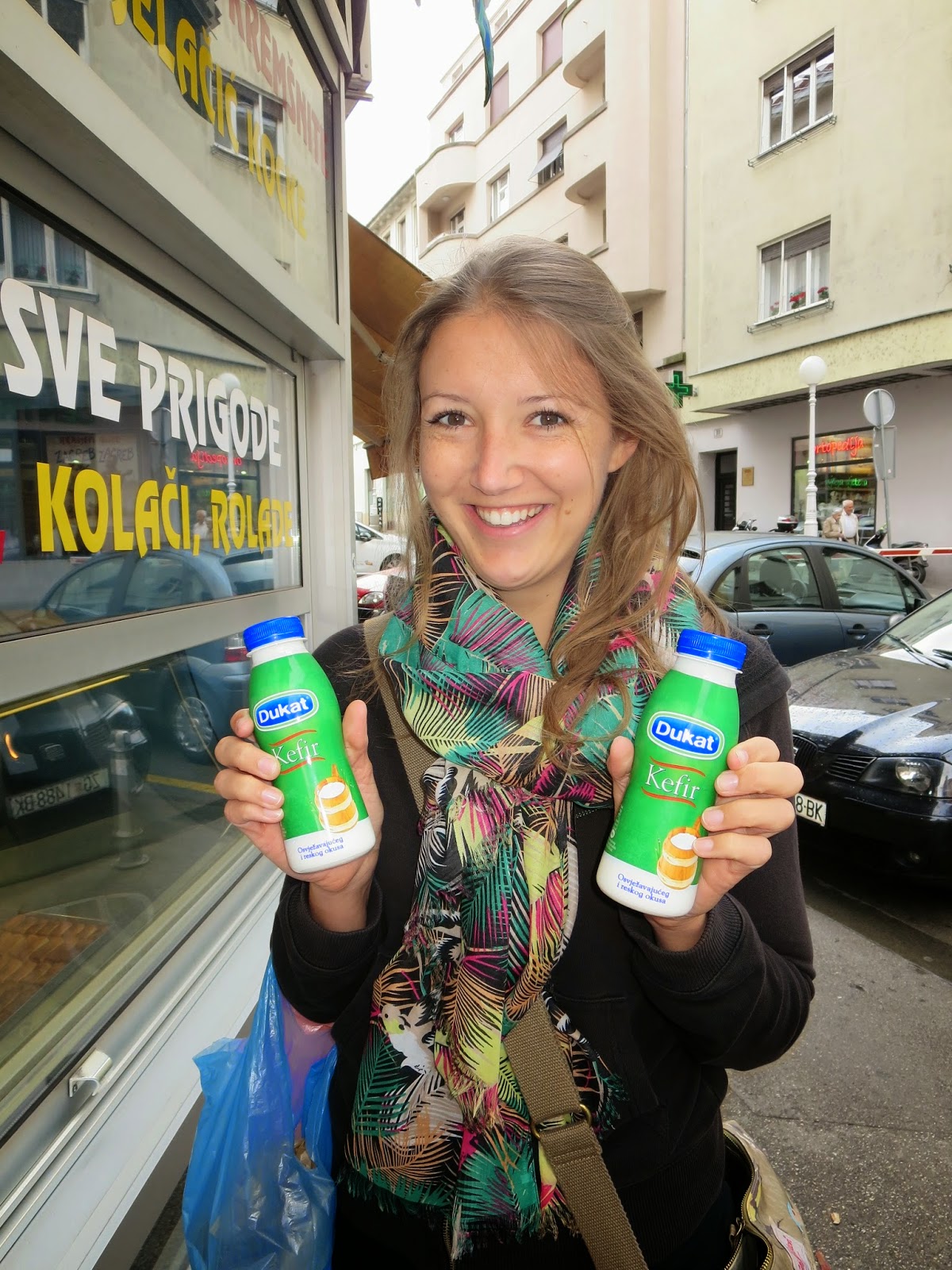 We wandered around the shops, where I purchased some long-sought-after printed trousers, indulging my animal-print obsession once again!

After our shopping we headed to “Ivica i Marica” patisserie (translates to “Hansel & Gretel”) - even looking like a sweet house from the story. It serves a range of healthy cakes. We opted for a Medimurska gibanica (layers of tissue-thin layers of pastry with walnuts, cheese, poppy seeds, apples). Whilst we weren’t that keen, an opportunistic bird certainly was!

After our coffee-n-cake break we grabbed a delicious freshly barbecued corn-on-the-cob to fuel us onwards.

We caught a public bus to Plitvice Lakes National Park, winding through the countryside and uphill. This National Park ( www.np-plitvicka-jezera.hr) has almost 20 hectares of tree-covered hills and 16 lakes, all connected by waterfalls and cascades, followed by wooden footbridges to connect the areas.

We checked into our cabin-like room, complete with 70's-style pink bathroom and creepy door sign!

By now it was wine o’clock so we happy opened a bottle of local rose to kick off the evening.

Tummies rumbling we headed to the cabin’s canteen for tray-dinners of chicken and trout with veggies.... 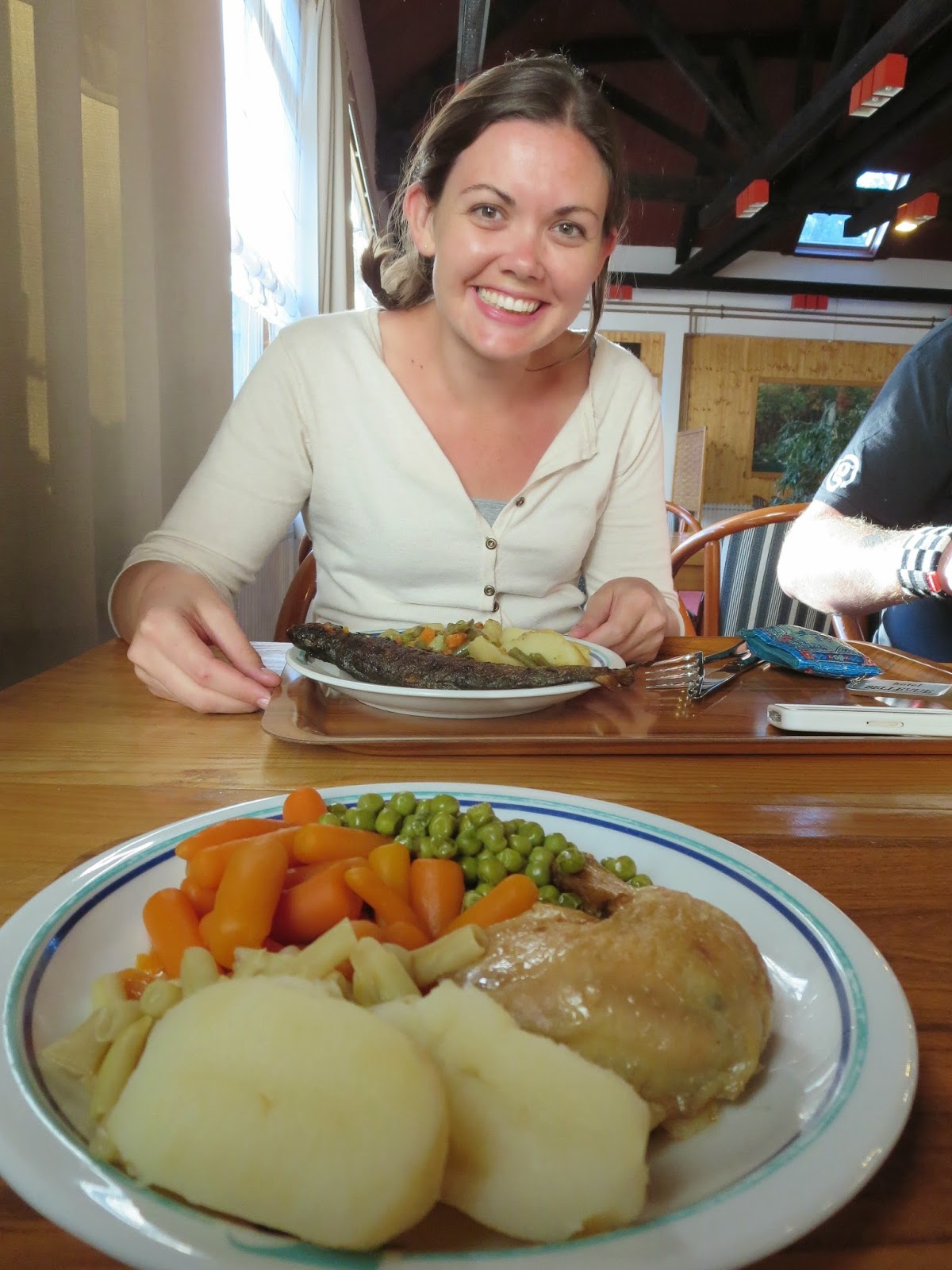 ...before ending the night raucously with drinking games, powered by sljivovica shots.