Posted by The Hungry Traveller on 22:28 in Food South America Travel | Comments : 0

Morning arrival into Rio de Janiero aka the "Cidade Maravilhosa" (a well-deserved nickname I was to discover...) 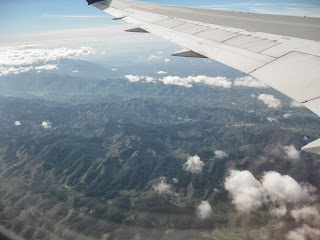 Managed to locate a local 'real' bus going from the airport to Copacabana Beach where my home for the next few days was: El Misti hostel near Posto 4 (would recommend it for location, guest friendliness and price!)


Even finding the bus was an experience - no Portuguese from me and no English from the random bus men sitting in boxes on the curb!  Luckily I got chatting to a Portuguese man in the queue (having almost knocked him out with my backpack!) who taught me some basic Portuguese whilst we waited for what I hoped was the right bus, such as:

Oi! = Hi (I thought people were just being rude at first...!)
Obrigada = Thank You
Everything else, such as numbers / please / you're welcome, were fortunately all very like Spanish which I'd been trying to to teach myself in the car pre-holiday

The bus took us through the favelhas (shanty towns of sorts) which surround the city and I had a first peak of the impressive amounts of graffiti which decorates Rio and, as I was to shortly learn, a lot of big South American cities. 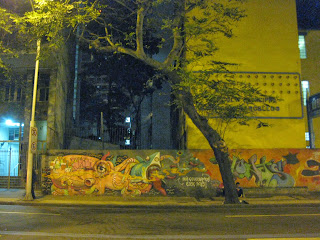 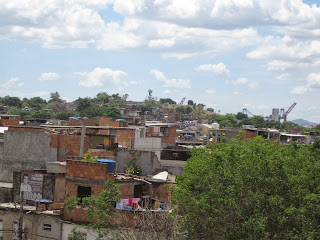 Having ditched the backpack at the hostel (and being assigned the top of three bunks...good thing I don't suffer with vertigo!), I headed straight out to see some of the main tourist hot spots.  First on the list was "Cristo Redentor" (Christ the Redeemer) on top of Corcovado mountain, voted one of the 7 New Wonders of the World in 2007. 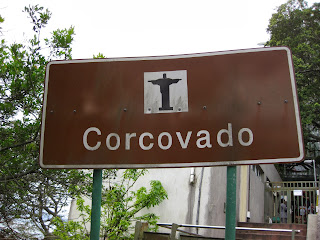 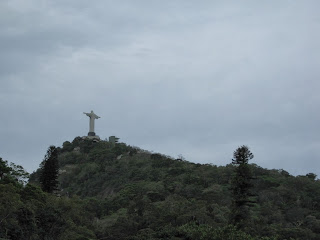 As the most famous sight in the city I wasn't surprised to see herds of people circling the tram station (the traditional way to travel up).  Rather than wait for 5 hours for a free tram I caught minibus halfway up where I was then confronted with another massive queue!  I therefore decided to walk up the final 2 kms, despite the midday 35 degrees heat.  Almost no-one else had the same idea, I saw a total of four other people walking and two crazy cyclists!  Despite the heat it was a good walk, with some monkey spotting as well as some impressive-sized greenery... 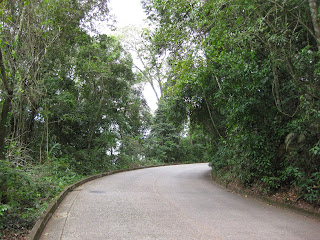 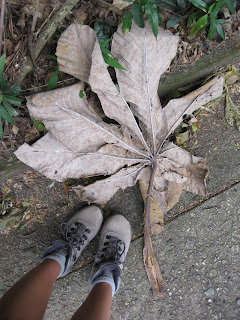 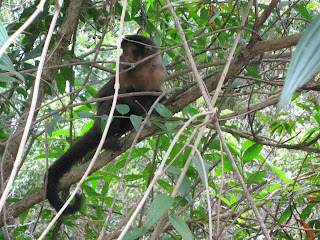 Unsurprisingly the monument itself was incredibly crowded - you could barely climb the steps towards it, but the views were worth it.  You are rewarded with fantastic views over Rio, including the world-famous beaches and Sugarloaf mountain. 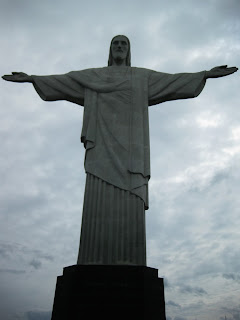 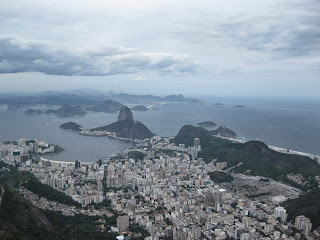 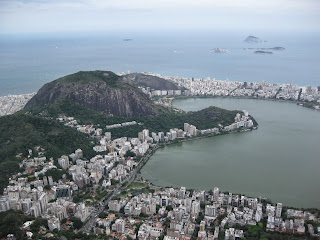 Of course I had to do the tourist pose! 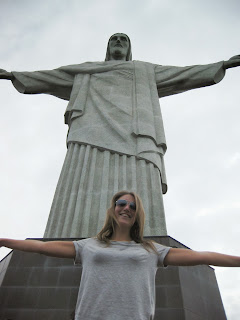 After making my way back down, I headed onto "Pao de Acucar" (Sugarloaf Mountain). 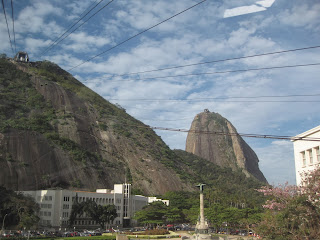 Somehow I managed to skip the massive queues and headed straight onto the cable cars. 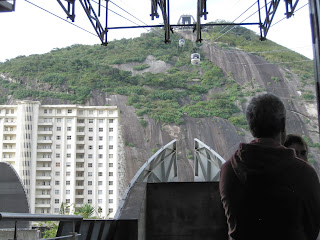 First to Morro da Urca (215m high) where I spotted the helipad I hoped to visit again, and then up again to 396m at the top of the iconic mountain, delivering yet more amazing views. 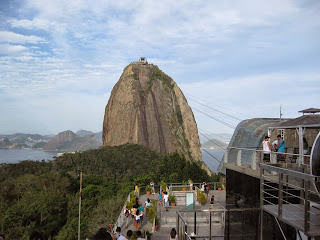 There were some rock-climbers who'd made it up the side of mountain and more monkeys, plus some comical coconuts... 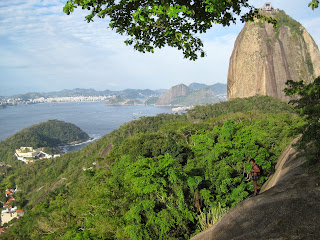 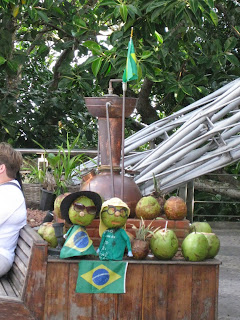 It was particularly stunning when the sun started to set, covering everything in a golden glow and making the bays sparkle with Christ the Redeemer in the background. 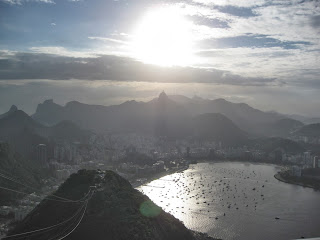 Big birds, looking suspiciously like the condors from Colca Canyon in Peru, circled around. 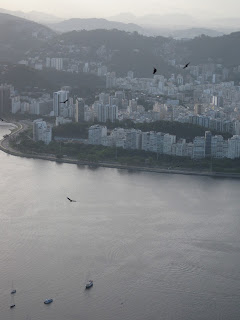 Once back on ground level, I headed out for a little evening walk along the bustling white sands of Copacabana beach. 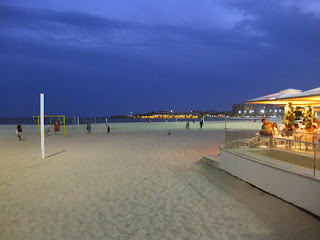 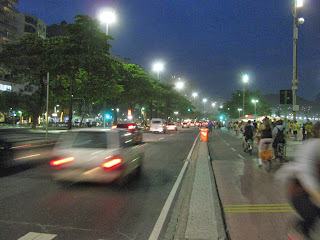 Then a well-deserved dinner at a Lonely Planet recommended pub (Boteco Belmonte). 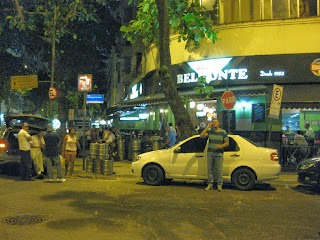 I started with the national cocktail "Caipirinha" - a potent combination of cachaça (a sugarcane liquor), lime and sugar - which I would become very familiar with during the rest of my time in Brazil. 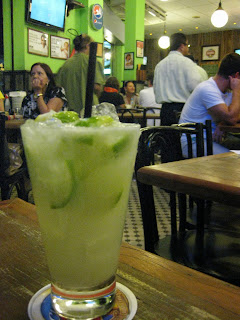 Then I opted for the Moqueca - a delicious seafood stew prepared in a clay pot from the North East of Brazil - which was served with a corn grain and rice. 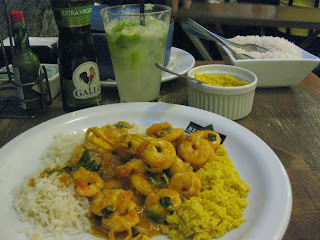